FEBRUARYS WILL CONTINUE TO GET WARMER, WHICH IS GOOD FOR PICNICS BUT BAD FOR HUMANS...

Temperatures across the United States on Wednesday, February 21, 2018 at 3 pm. NOAA

Our fingerprints are all over this week’s record-breaking heat...

Summer came early to New York City on Wednesday, as temperatures soared to a record 76 degrees Fahrenheit — more than 30 degrees warmer than the average February high. Up and down the the East Coast, from Atlanta to Baltimore to Cleveland to Boston, an unusual warm spell broke temperature records.

While everyone enjoys t-shirt weather in February, this week’s mild weather is an ominous sign of global climate change. When heat makes history, it tends to bear a human fingerprint.

Carbon pollution from cars, trucks, factories, farms, and power plants is trapping heat, driving up temperatures around the world. The result is more days of extreme heat and fewer days of extreme cold. Over the last year, the continental United States saw more than twice as many record highs as record lows.

“The world is not quite at the point where every hot temperature record has a human fingerprint, but it’s getting close to that,” said Noah Diffenbaugh, a Stanford University climate scientist and lead author of a 2017 study that showed that climate change is loading the dice for record-breaking heat. “When you look at the historical data, there’s no question that global warming is happening and that extremes are increasing in many areas of the world.”

This week’s unusual heat may have come as a pleasant surprise for winter-weary East coasters, but a few days of tropical weather in February can wreak havoc on plants, animals and insects. Flowers may emerge before birds and bees arrive to pollinate them. Or worse, trees blossom early only to perish amid a late-winter frost. Weather reporters in New York, Washington and elsewhere catalogued early blooms on Wednesday. 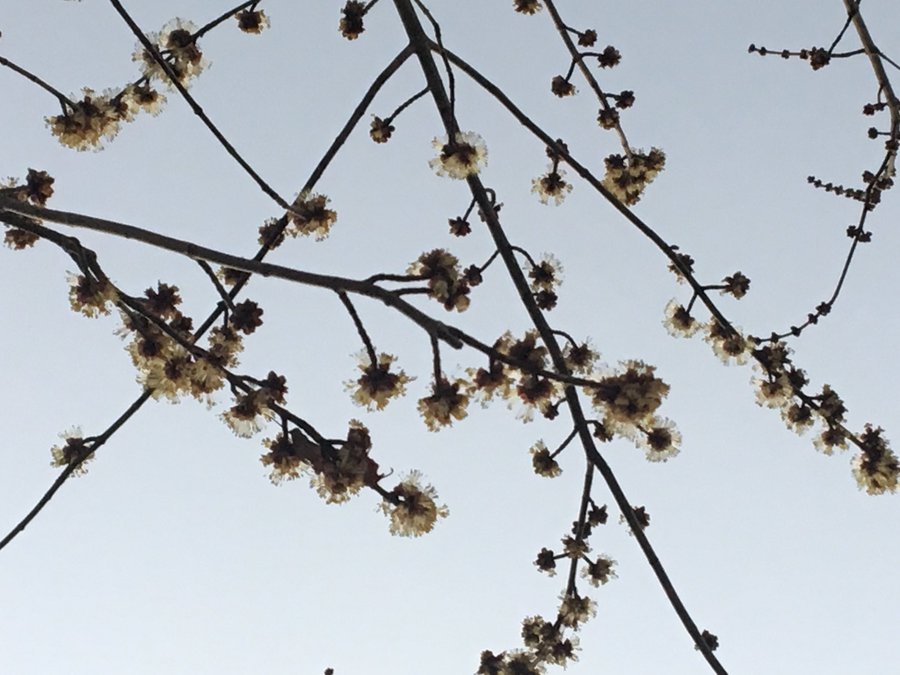 SPRINGFORWARD FEBRUARY- it’s not just the cherry blossoms. Other trees are blooming as well, as we move into possible record breaking temperatures today. #weather #warmfeb #blossoms

On the other side of the country, it’s a completely different story. From Los Angeles to San Francisco, California endured record cold. Both the cold weather out west and the warm weather back east are explained by the weakening of the jet stream, another symptom of climate change.

Consistent with climate change, the warm weather back east proved more anomalous than the cool weather out west. Rising temperatures around the world mean that when it’s cold, it’s cold, but when it’s hot, it’s really hot.

In more disturbing climate news, temperatures in the Arctic were 45 degrees higher than normal this week. Because the Arctic is warming roughy two to three times faster than the rest of the planet, it is prone to unusually warm weather. Cape Morris Jesup in Greenland, the northernmost weather station on Earth, saw temperatures rise above freezing on Tuesday. The Arctic outpost hasn’t seen the sun since October.