On the final day of climate talks in Marrakech, next year’s host appealed to the US president-elect for solidarity...

Pacific island leaders have issued a plea to the incoming president of the United States not to abandon them to the rising ocean.

During the evening hours on Friday the prime minister of Fiji Frank Bainimarama called on Donald Trump to rethink his position on climate change and invited him to come to his islands to see the effects of global warming.

“I again appeal to the president-elect of the United States, Donald Trump, to show leadership on this issue by abandoning his current position that man-made climate change is a hoax,” said Bainimarama.

His appeal extended to the nation Trump will lead, recalling the region’s gratitude to the US for its military effort during the second world war.

#Marrakech mail: sign up here for your daily #COP22 update

“I say to the American people: you came to save us then and it is time for you to help save us now,” he said, to applause from the plenary, including the US state department team.

Fiji holds the presidency of the next UN climate meeting, which will be held in Bonn in 2017. It remains to be seen whether the US will attend that conference, with Trump having expressed his wish to withdraw from the UN climate process.

Earlier in the afternoon Mattlan Zackhras, minister-in-assistance to the president of the Marshall Islands, extended a similar appeal to the newly-elected Trump.

For so long dependent on nuclear compensation squeezed grudgingly from the US, the fate of the Marshallese is tied more strongly than ever to the whims of their suzerain.

Zackhras said the slim chance of saving his home atoll – Namdrik – relied on keeping global temperature from rising more than 1.5C. That task was monumental before Trump was elected and became even more difficult after last week.

“When it impacts life, there is really no number that we should be looking at. The less the better. Even below 1.5C is better for island states like mine. And for us to argue on a number, that is pretty sad,” he said, speaking in the shade outside the Bab Ighli conference centre.

The Marshall Islands helped convene the “high ambition coalition” in 2015, a network of nations, including the US, that came together to push for stronger climate targets. With the election of Trump, Zackhras said, that group’s work was “needed more than ever”.

He still held out hope that the US would not abandon the climate process, of which it has become a leader under Barack Obama.

“Is it going to be tough? Yes. I’m not going to sugarcoat it around this issue. Because they’ve been very active and part of the high ambition coalition and a lot of the initiatives that were reached this year as part of the Paris agreement… We need a key player and one of the largest emitters in the world to be part of this process and without them it’s going to be a bit difficult,” said Zackhras.

However instead of despondency, he said Trump’s election had galvanised the rest of the world. In response to a threatened US withdrawal from the Paris agreement, he said, new states had approached the coalition, which includes a roughly two dozen of the world’s most proactive climate nations. 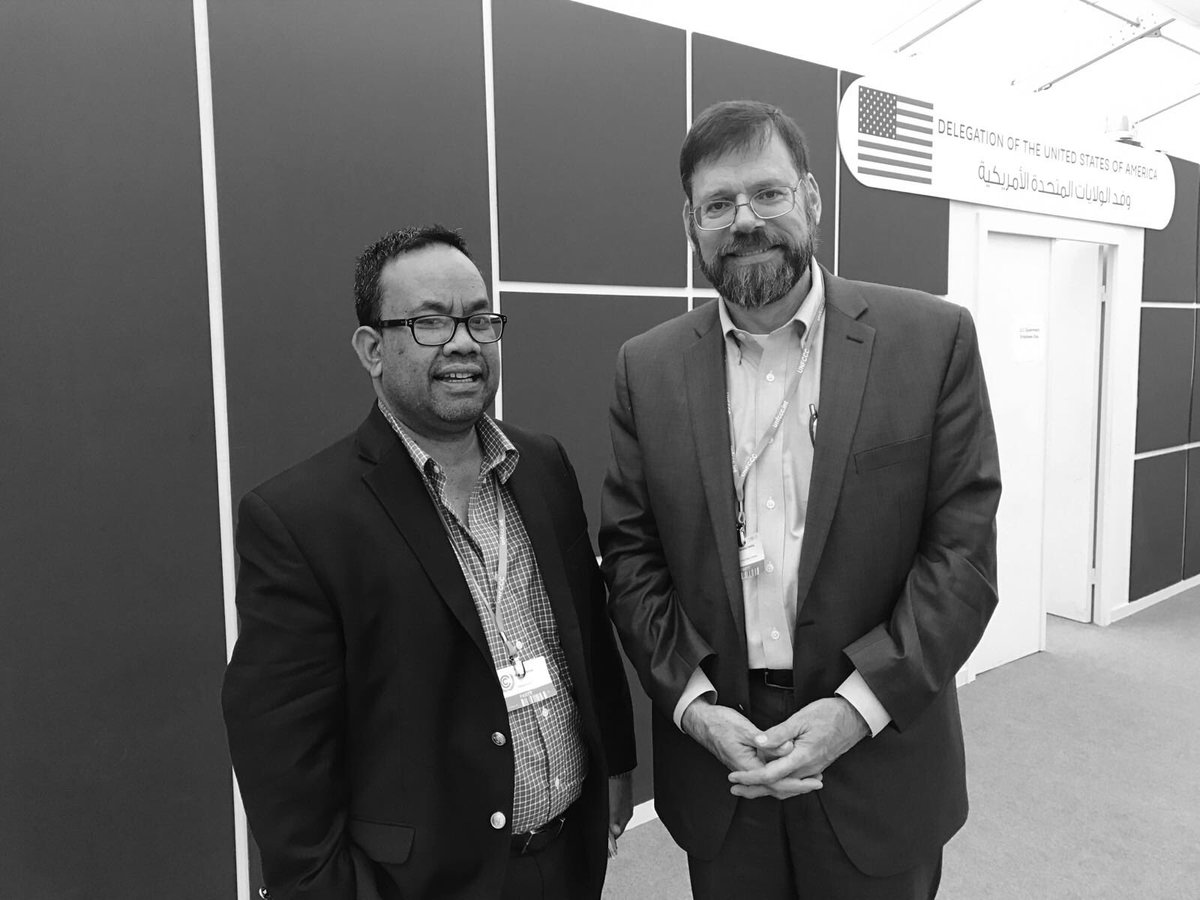 This man (& his beard) has left a big mark on this process & on world. A proud legacy; still more to come. Thanks Jonathan #CommittedtoParis

Sweden, Rwanda and New Zealand are all now being considered as members – although he said the New Zealanders (who have been implicated in unscrupulous carbon accounting) in particular “need to also do more back home and show that they are being progressive”.

“I’m very encouraged because in talking to some of our friends in the high ambition coalition, they all seem to think that everyone needs to move on. The political atmosphere is really good,” said Zackhras.

By Karl Mathiesen in Marrakech