Fisheries output to plunge unless global warming reeled in... 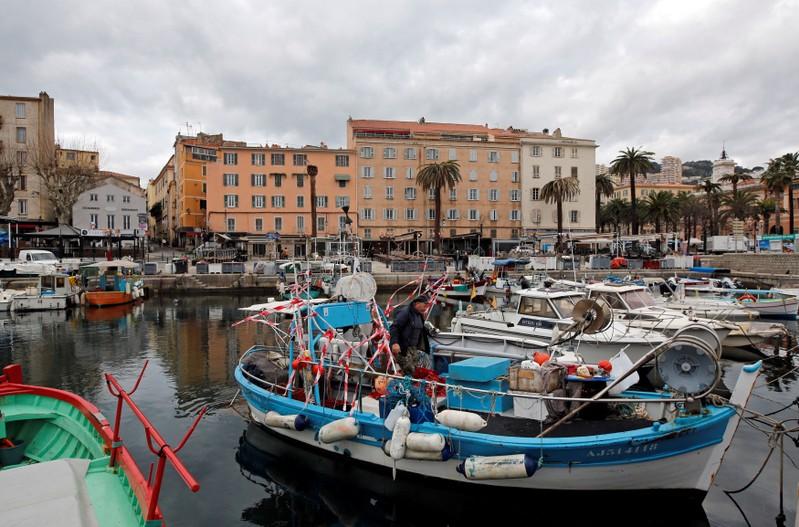 FILE PHOTO: A Man stands on his fishing boat in the harbour of Ajaccio on the French Mediterranean island of Corsica January 30, 2018. REUTERS/Jean-Paul Pelissier/File Photo

Global fisheries output will slump by 20 percent by 2300 and by 60 percent in the worst-hit North Atlantic region if governments fail to slow long-term global warming, a U.S. team of scientists said on Thursday...

Most studies of climate risks extend to 2100 and overlook extra “catastrophic effects” such as the projected slump in ocean life that would only emerge in coming centuries, they said.

Unchecked long-term warming would thaw sea ice around Antarctica and disrupt ocean currents, winds and the growth of tiny plankton, the report found. Worldwide, ever more nutrients would sink to the ocean depths, away from fish near the surface.

“Marine ecosystems worldwide will be increasingly starved for nutrients,” lead author J. Keith Moore of the University of California, Irvine, told Reuters of the findings published in the journal Science.

The shifts would cut the productivity of fisheries in 2300 by an average 20 percent and by 60 percent in the North Atlantic, where a normal upwelling of nutrients from deeper waters would be most reduced, according to computer simulations.

Exceptions would be the Southern Ocean near Antarctica and in the Arctic Ocean around the North Pole where higher temperatures and shrinking ice, allowing more sunlight to reach the water, would boost the growth of tiny plants. 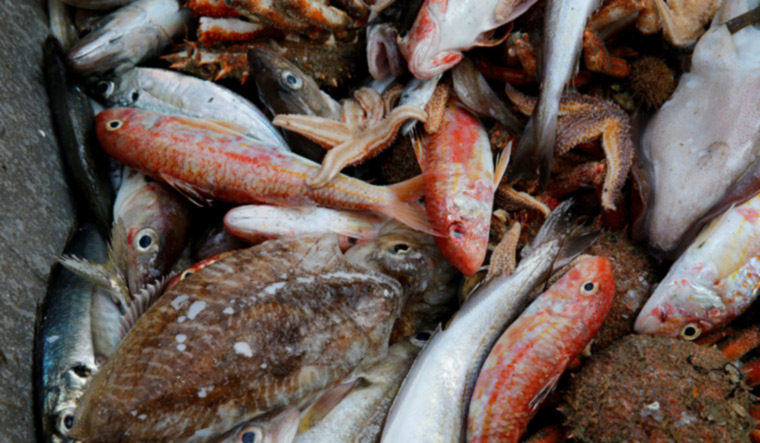 Moore said such long-term projections involve many uncertainties but add to existing concerns about more heat waves, downpours and droughts that mainstream scientists link to a build-up of man-made greenhouse gases in the atmosphere.

“We need to be thinking 1,000 years into the future, not 100 years,” he wrote in an email. “Global warming isn’t a problem our children can solve - it will be too late.” Global fisheries output will slump by 20 percent by 2300 and by 60 percent in the worst-hit North Atlantic region if governments fail to slow long-term global warming, a US team of scientists said on Thursday (08/03).(Reuters Photo/Pascal Rossignol)

The study assumed greenhouse gases will continue to build up in the atmosphere, boosting average surface temperatures by 9.6 degrees Celsius (17 Fahrenheit) by 2300.

That would be far above goals set in 2015 by almost 200 nations under the Paris climate agreement to limit warming to “well below” 2C (3.6F) above pre-industrial times by phasing out fossil fuels this century.

The report did not factor in other risks, such as an acidification of the oceans caused by the build-up of carbon dioxide that could undermine the ability of creatures such as lobsters and oysters to build protective shells.

Charlotte Laufkoetter, a scientist at the University of Bern who was not involved in the study, praised the findings as based on the best existing science, despite the difficulty of projecting so far into the future.

“There are of course several uncertainties - circulation in the Southern Ocean is very difficult to model,” she told Reuters.

Summary of the study: here; Reporting by Alister Doyle; Editing by Mark Potter