FLOOD DISASTERS MORE THAN DOUBLE ACROSS EUROPE IN 35 YEARS... 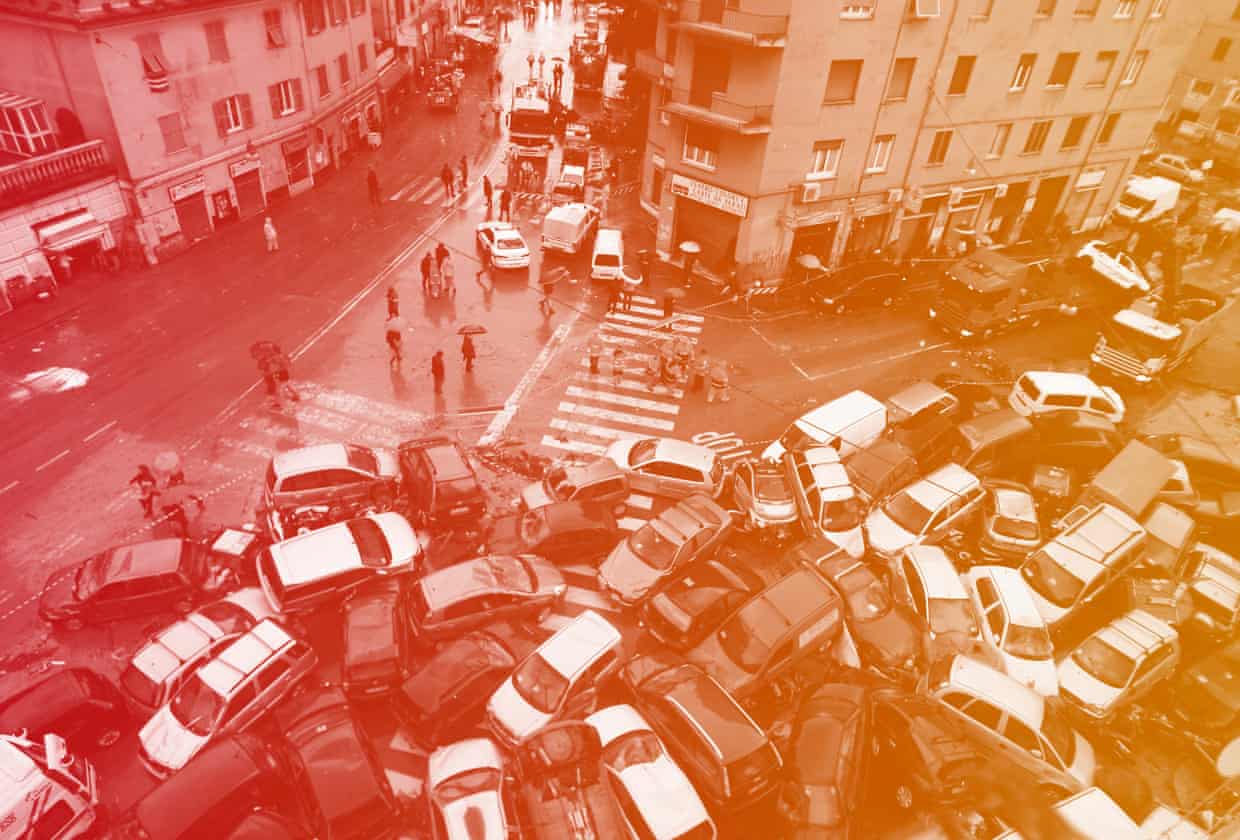 The number of devastating floods that trigger insurance payouts has more than doubled in Europe since 1980, according to new research by Munich Re, the world’s largest reinsurance company.

The firm’s latest data shows there were 30 flood events requiring insurance payouts in Europe last year – up from just 12 in 1980 – and the trend is set to accelerate as warming temperatures drive up atmospheric moisture levels.

Ernst Rauch, the head of Munich Re’s corporate climate centre, said: “Flood events together with wind storm events are the two perils where we have the biggest increase in frequency worldwide.

“In Europe, we’ve seen a steep increase in flood events related to severe convective [thunder] storms. The frequency of flash floods has increased much more than river floods since 1980.”

Storm intensity had also surged in Europe and abroad, he added.

In the past month alone, 18 people have been killed by unusually intense rainfalls in Thailand, while British government advisers have warned that floods of the sort that devastated large parts of the UK last winter are becoming the new normal.

Munich Re cautions that the trend is a non-linear one, following a pattern that will be significantly determined by manmade greenhouse gas emissions. “Unfortunately this is in line with climate change,” Rauch said. “It is amazing how closely these developments fit with the outcomes of climate models.”

Eight of the 10 deadliest natural catastrophes in Europe since 1980 have taken place in the past 13 years, Munich Re’s data shows, and one of the other two incidents was not weather-related.

Phenomena such as earthquakes are included in the company’s figures, but more than 90% of the natural catastrophes logged since 1980 have been climate-related.

Worryingly, the rate of extreme weather events appears to be increasing around the world, with 750 natural catastrophes last year, compared with an yearly average of 590 in the past decade. The 30-year mean figure was 470 disasters a year.

Since the 1950s, annual precipitation has increased in northern Europe and declined in the Mediterranean, a trend that UN climate scientists expect to increase.

The Intergovernmental Panel on Climate Change’s fifth assessment report also predicted with “high confidence” that northern Europe would see a rise in extreme rainfall in the decades ahead.

“We have very strong evidence that extreme rainfall events are increasing whichever way around you look at it,” said Peter Stott, the head of the Met Office’s climate monitoring and attribution team. “That’s simply a result of the physics of how the atmosphere works.”

For every degree of global warming, the earth’s atmosphere is able to hold about 6% more moisture, increasing the energy available to be fed into thunderstorms, Stott said.

The circulation of weather systems is also affected, with warmer air that has risen in the tropics descending in more northerly latitudes. For northern Europe, the result is wetter winters. In the south, the Mediterranean faces potentially arid conditions, similar to those in north Africa.

“The increase in record-breaking precipitation can only be explained by increasing temperatures caused by climate change,” said Fred Hattermann, a hydrologist and expert on regional climate impacts at the Potsdam Institute for Climate Impact Research.

Peter Höppe, the head of Munich Re’s geo-risks research unit, said there were “many indications” that the incidence of storms and persistent weather systems was increasing because of climate change. 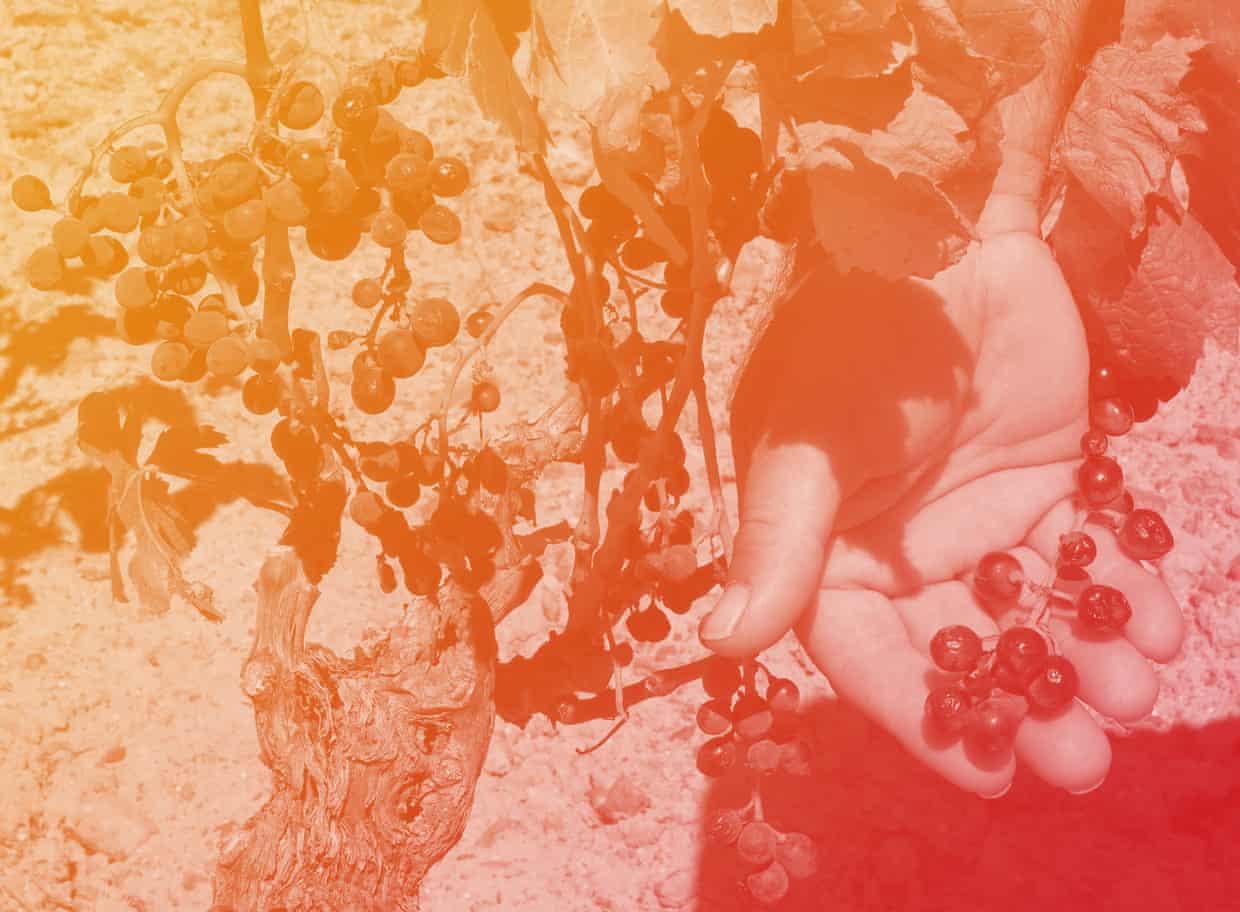 A winemaker shows weakened dried up grapes due to exceptional drought in Boutenac, near Lezignan-Corbieres, south-western France, in September 2016. Photograph: Raymond Roig/AFP/Getty Images

Even so, Hattermann’s research has found that soil moisture in Germany – a climatic border zone – has declined by up to 25 litres per square metre in the past 50 years, because of another result of global warming: drier summers. “In central Europe, the vegetation is changing,” he said. “Plants start to grow and flower earlier in the year. They start to suck up water and to transpire it.”

Last year, Munich Re estimates that $175bn was lost as a result of natural disasters, $50bn of which was covered by insurance policies.

by: Arthur Neslen in Brussels

Arthur Neslen is the Europe environment correspondent at the Guardian. He has previously worked for the BBC, the Economist, Al Jazeera, and EurActiv, where his journalism won environmental awards. He has written two books about Israeli and Palestinian identity