FLOODS AND DEVASTATION IN INDIA, NEPAL AND BANGLADESH – IN PICTURES...(and you bitch about the price of your coffee?) 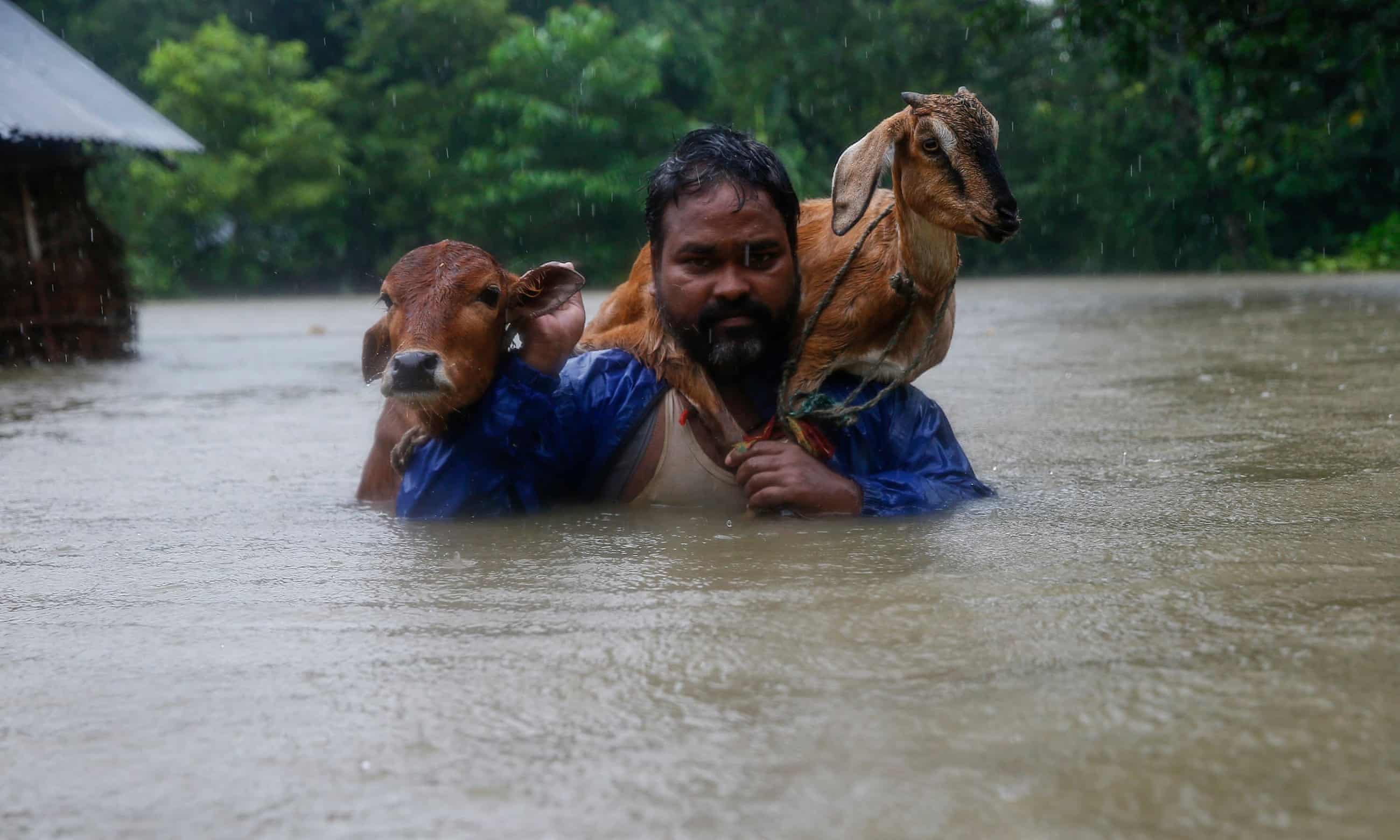 Hundreds of people have been killed and millions displaced across the region as rescue missions set up shelters and strive to get food and water to victims...

Nearly 250 people have died in the last few days as a result of flooding and landslides that have devastated parts of northern India, Nepal and Bangladesh.

Millions of people have been displaced across the region, and 245 people are recorded to have been killed by collapsed buildings or by drowning.

In Nepal, incessant rain has flooded hundreds of villages leaving 110 people dead. The government has come under fire for not responding fast enough to the disaster.

As security forces scrambled to rescue those marooned on rooftops and helicopters distributed food and water to the worst-hit districts yesterday, the home ministry spokesman Ram Krishna Subedi said relief supplies were being mobilised as soon as possible. Elephants were deployed to help rescue those stranded following three days of torrential rain, including 700 tourists in the popular town of Chitwan.

Across Nepal’s southern border, 13 districts have been hit by severe flooding in the Indian state of Bihar, leaving 41 people dead. 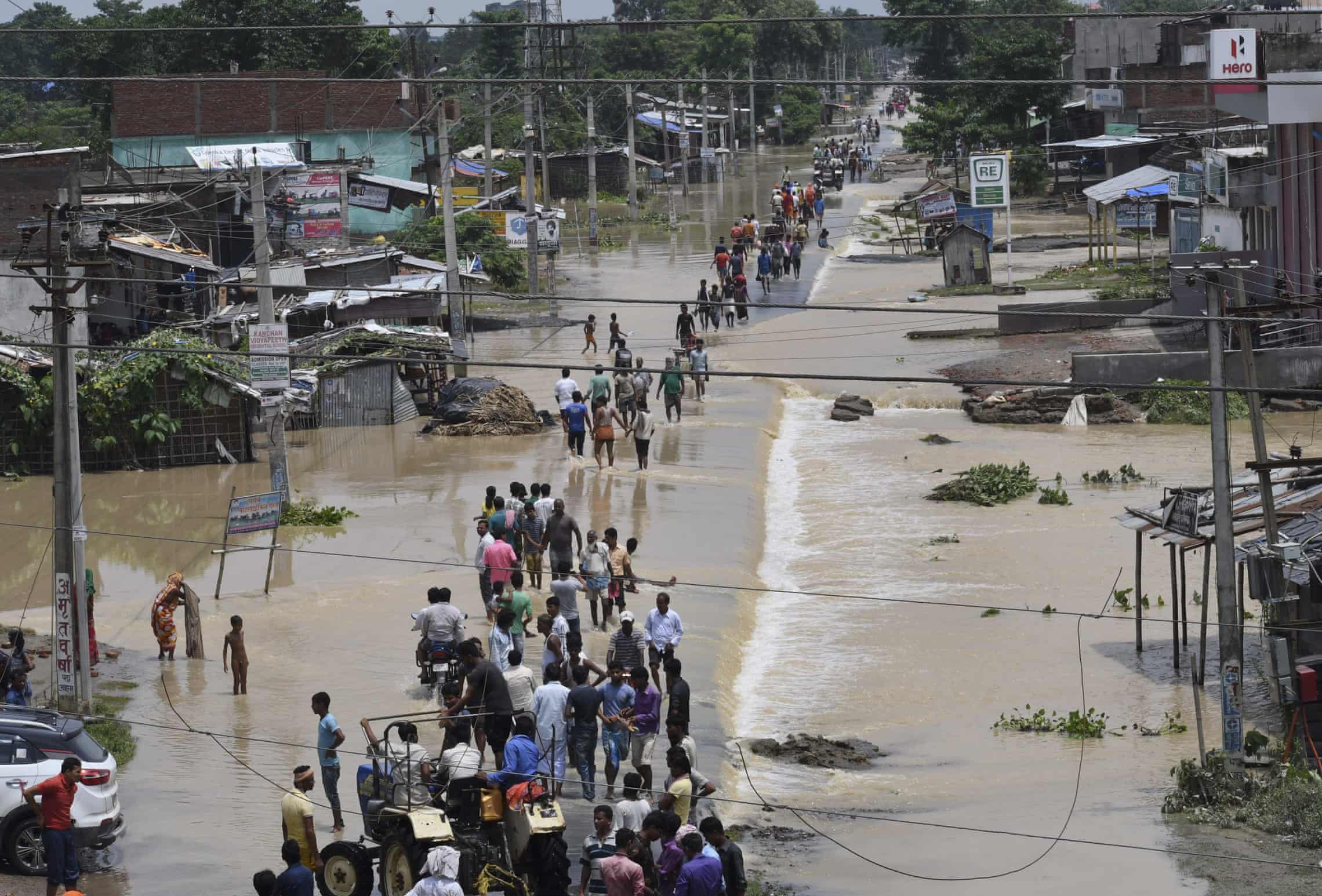 Boats and helicopters were used to distribute food packets, medicine and drinking water to those affected and some 200,000 people have been provided with temporary shelter across 250 relief camps set up by the authorities in schools and government buildings.

In the northern state of Himachal Pradesh, emergency workers have been scouring the area hit by a massive landslide that swept two buses into a deep gorge on Sunday, killing 46 people.

A further 21 people died in the remote north-eastern state of Assam, where soldiers were deployed to rescue those stranded on rooftops.

Meanwhile a third of Bangladesh is flooded after monsoon rains swept through the densely populated riverine country.

At least 27 people have died and a further 600,000 have been marooned across the low-lying delta region, according to Bangladesh’s disaster management minister, Mofazzal Hossain Chowdhury. 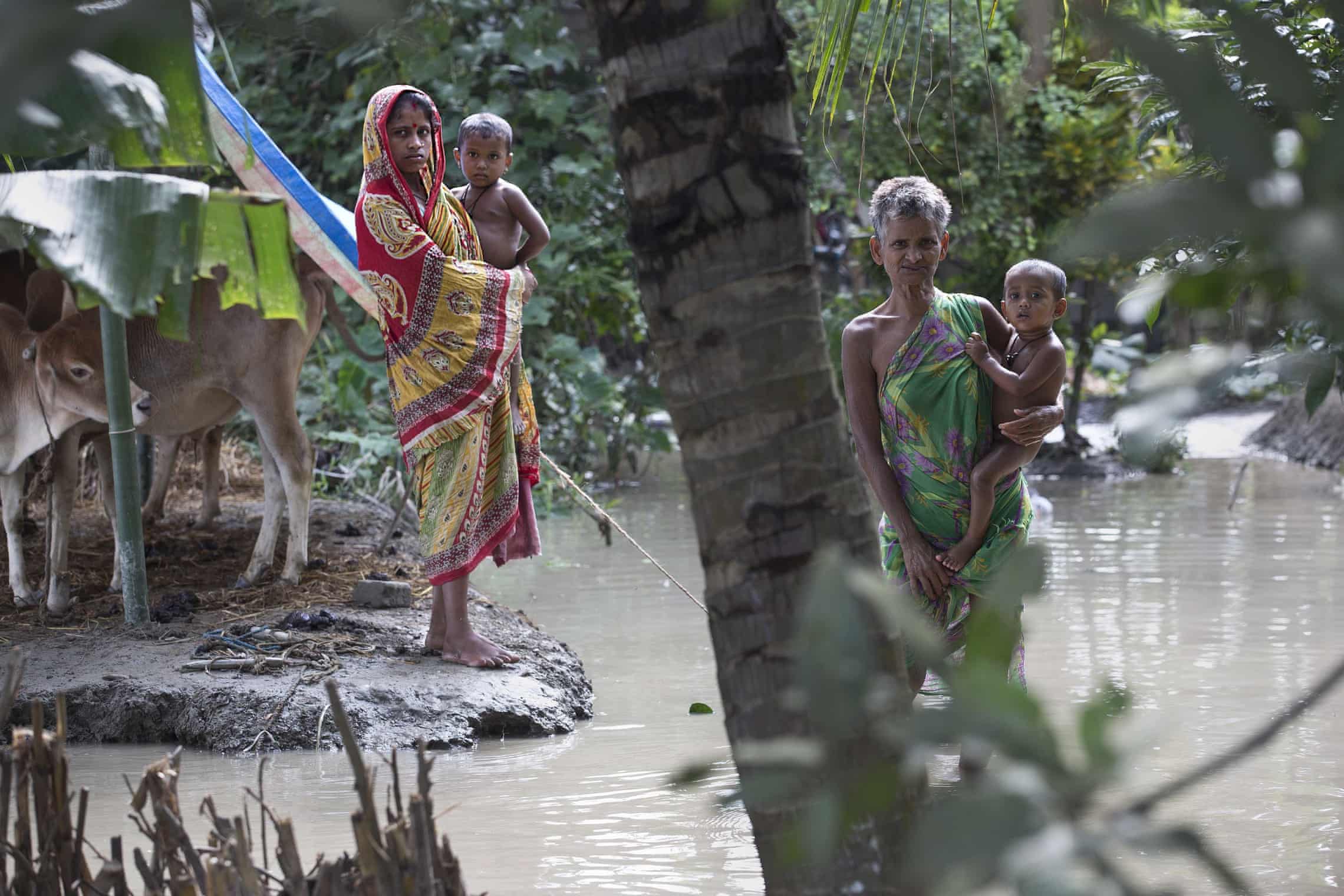 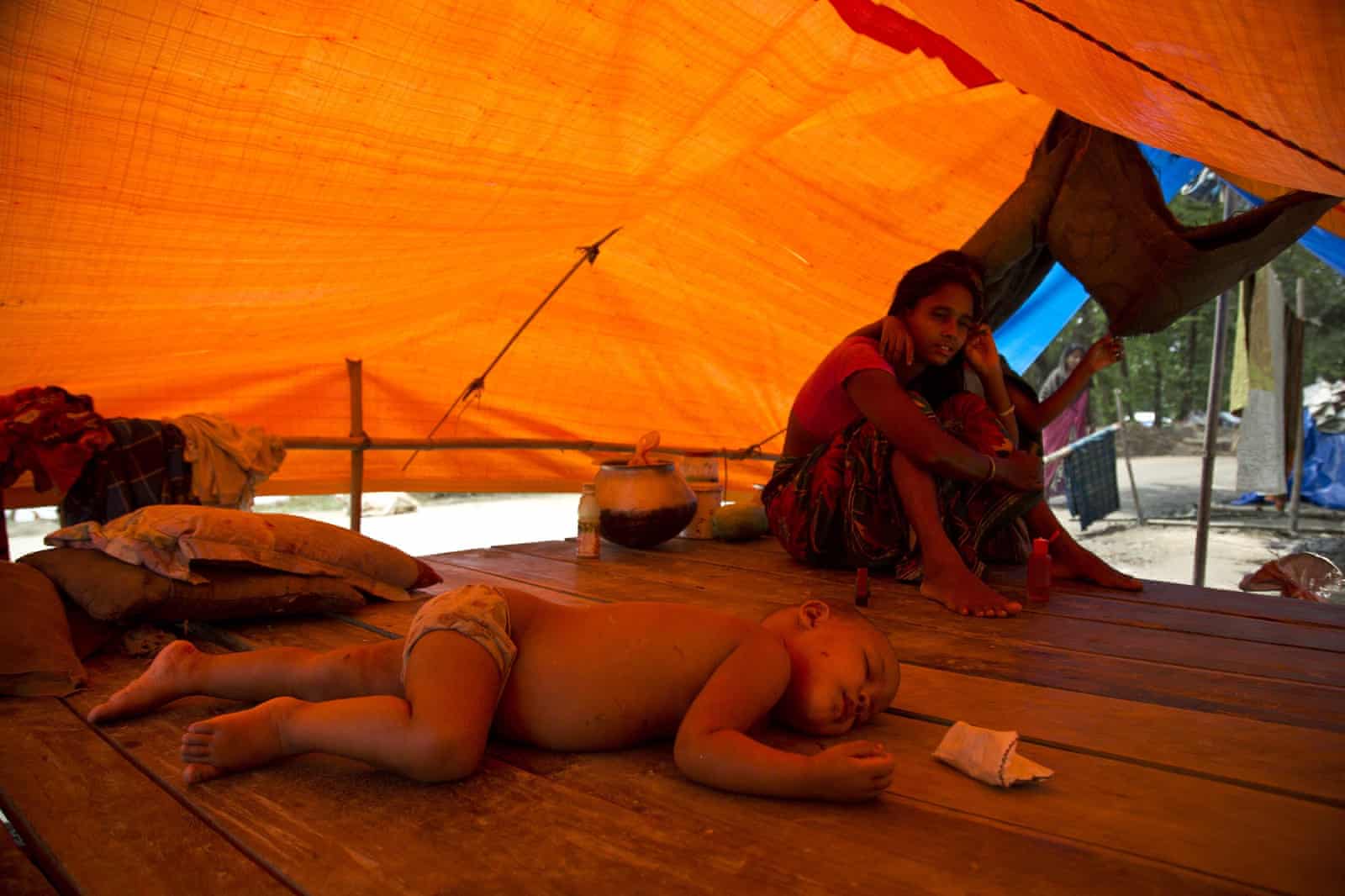 A family takes shelter in a roadside tent in Morigaon district, Assam, India, after their home was washed away in heavy rains. 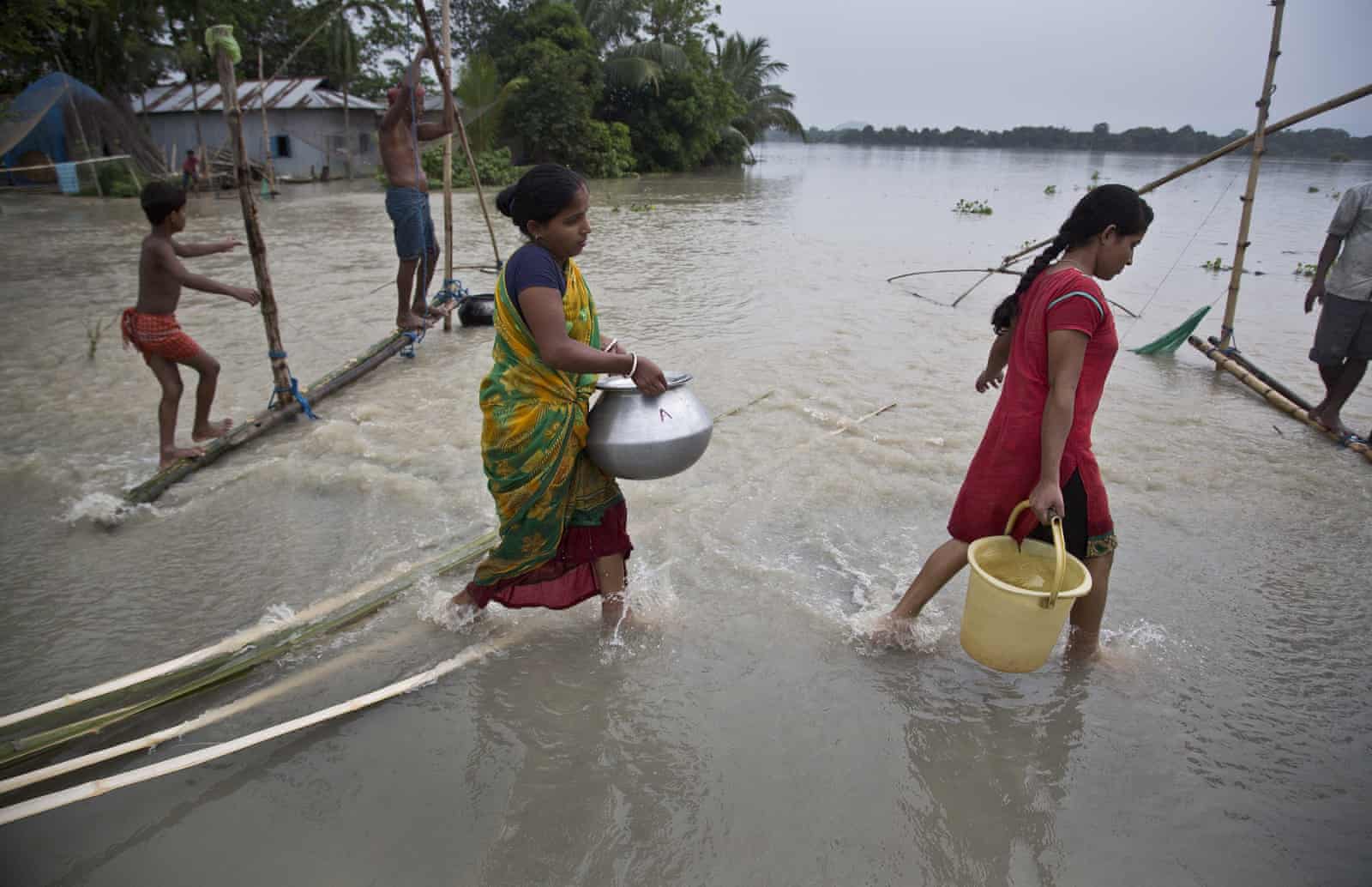 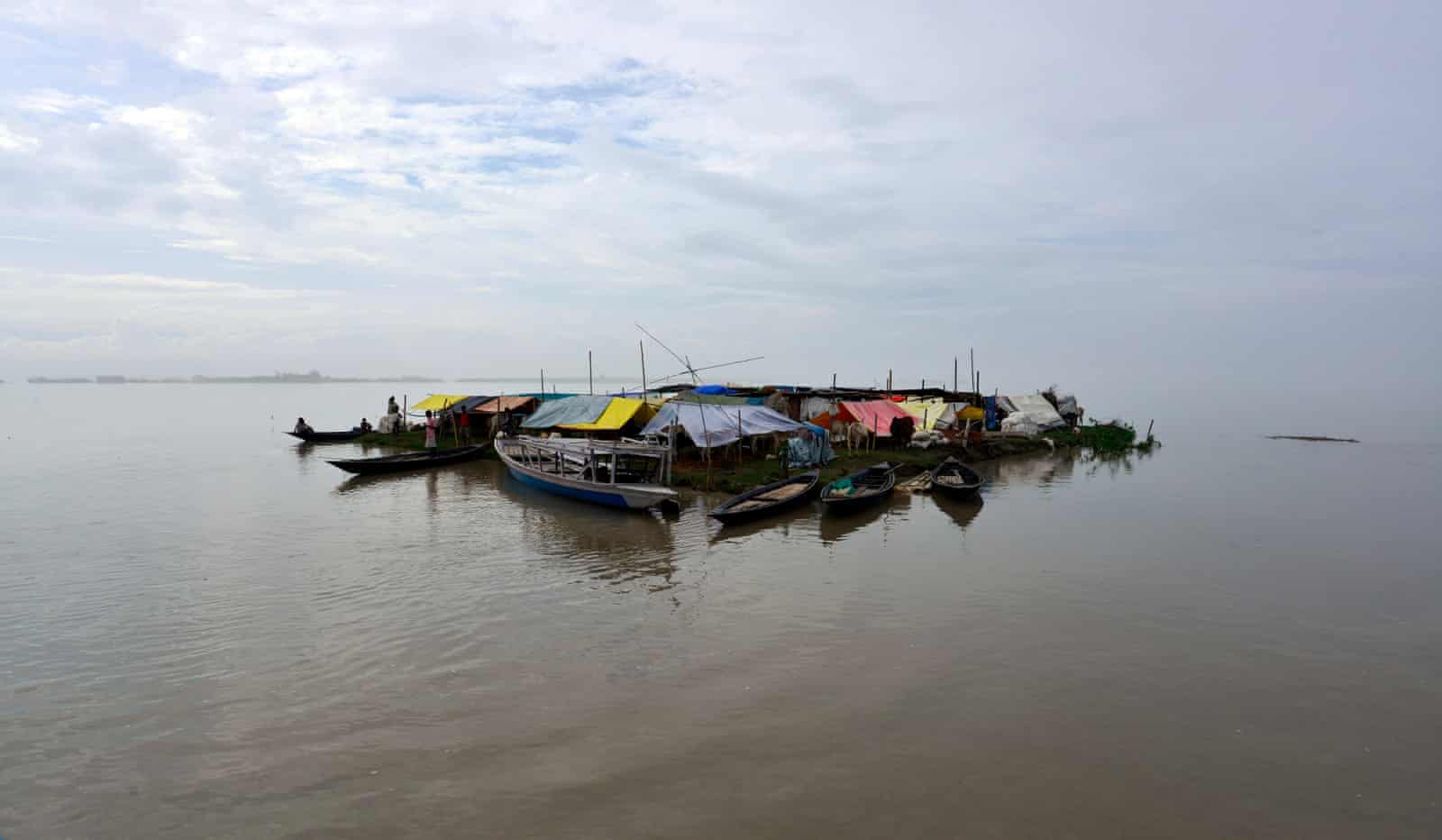 Villagers take shelter on an island they have made out of boats and rafts in the floodwaters of Morigaon district, Assam. 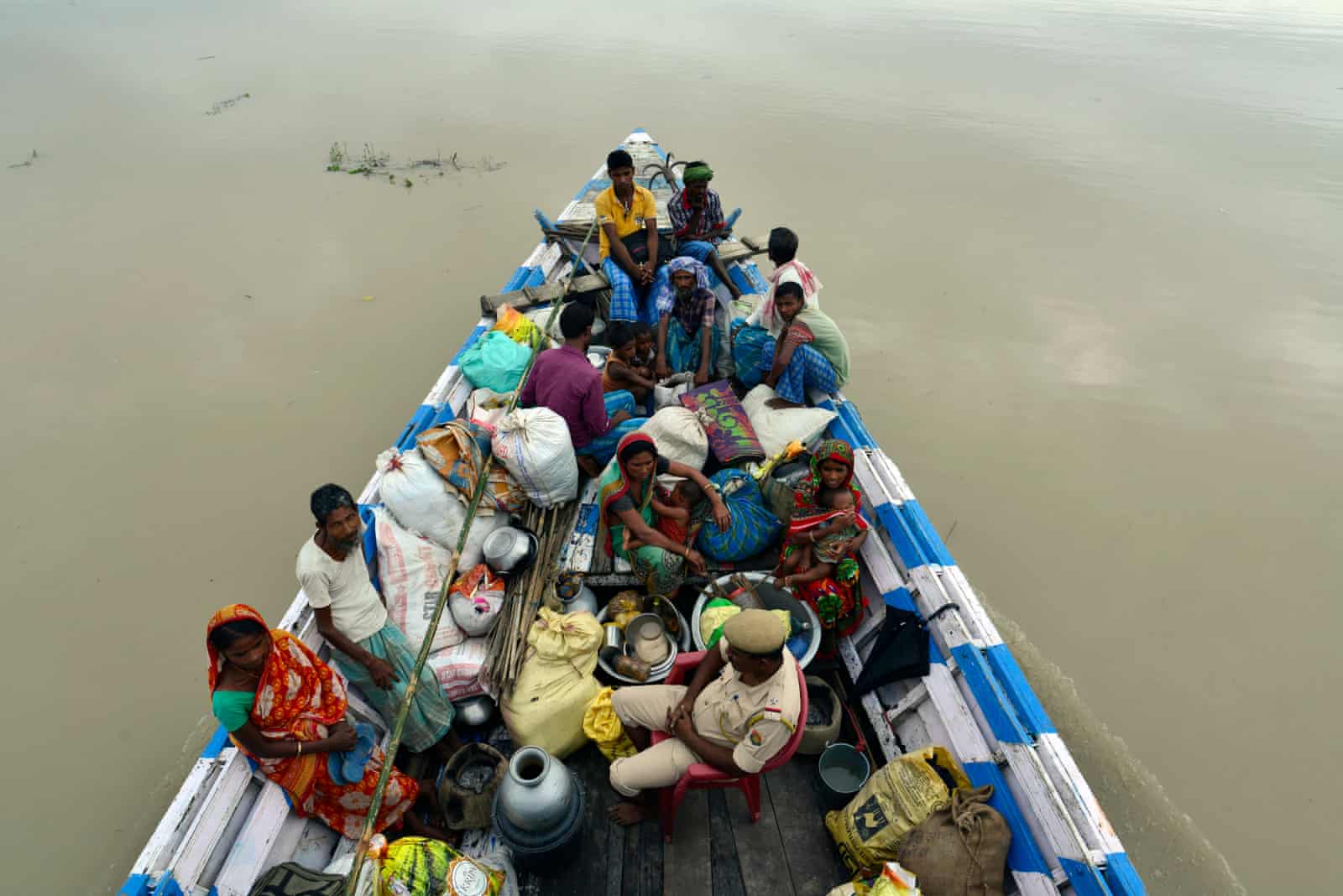 Villagers are taken from their flooded homes to a relief camp in Morigaon. According to reports, ten people have lost their lives in this area. 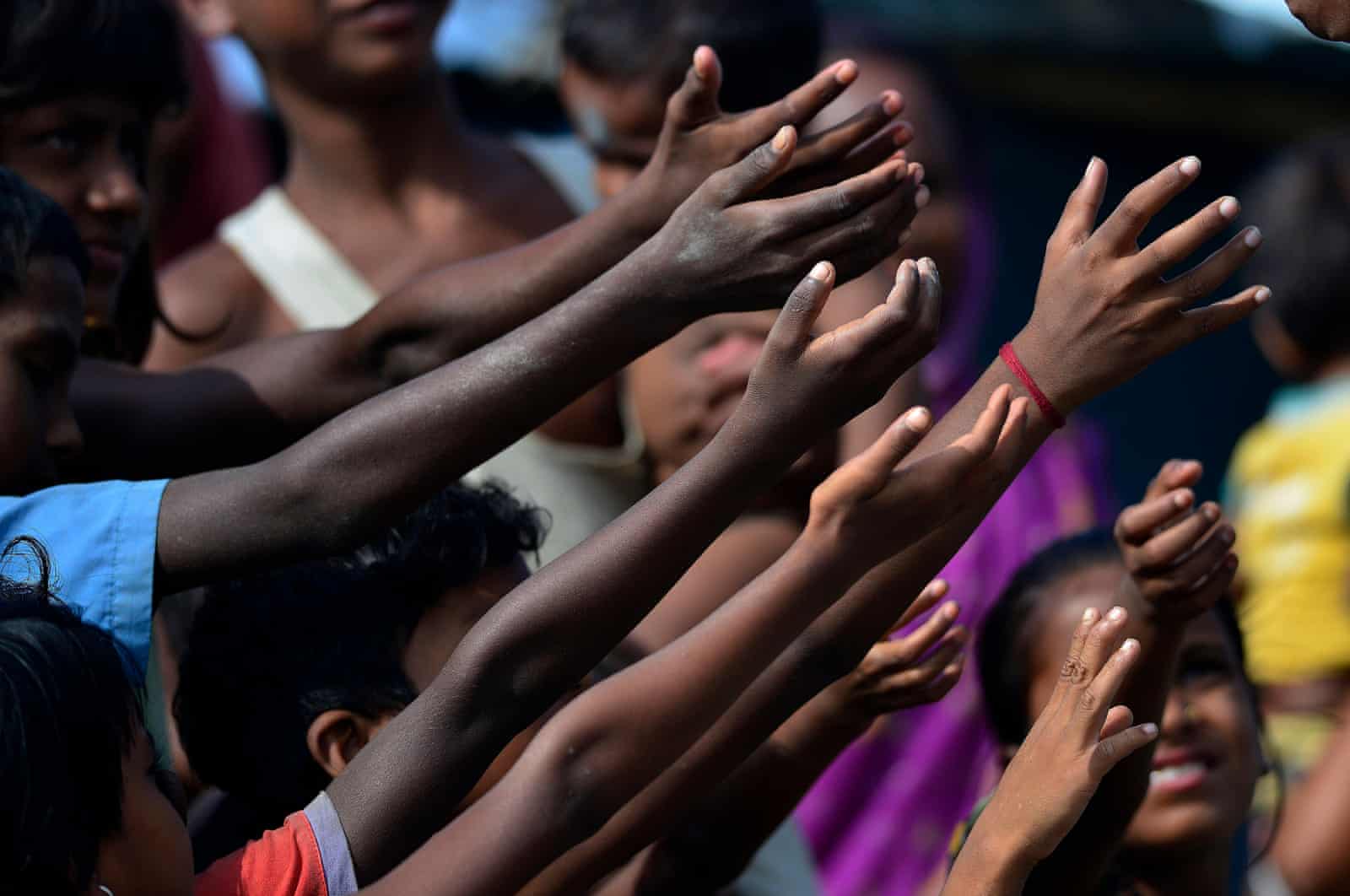 Children raise their hand for biscuit packets, being distributed by volunteers at a hastily constructed camp in Assam state, where more than a million people have lost their homes. 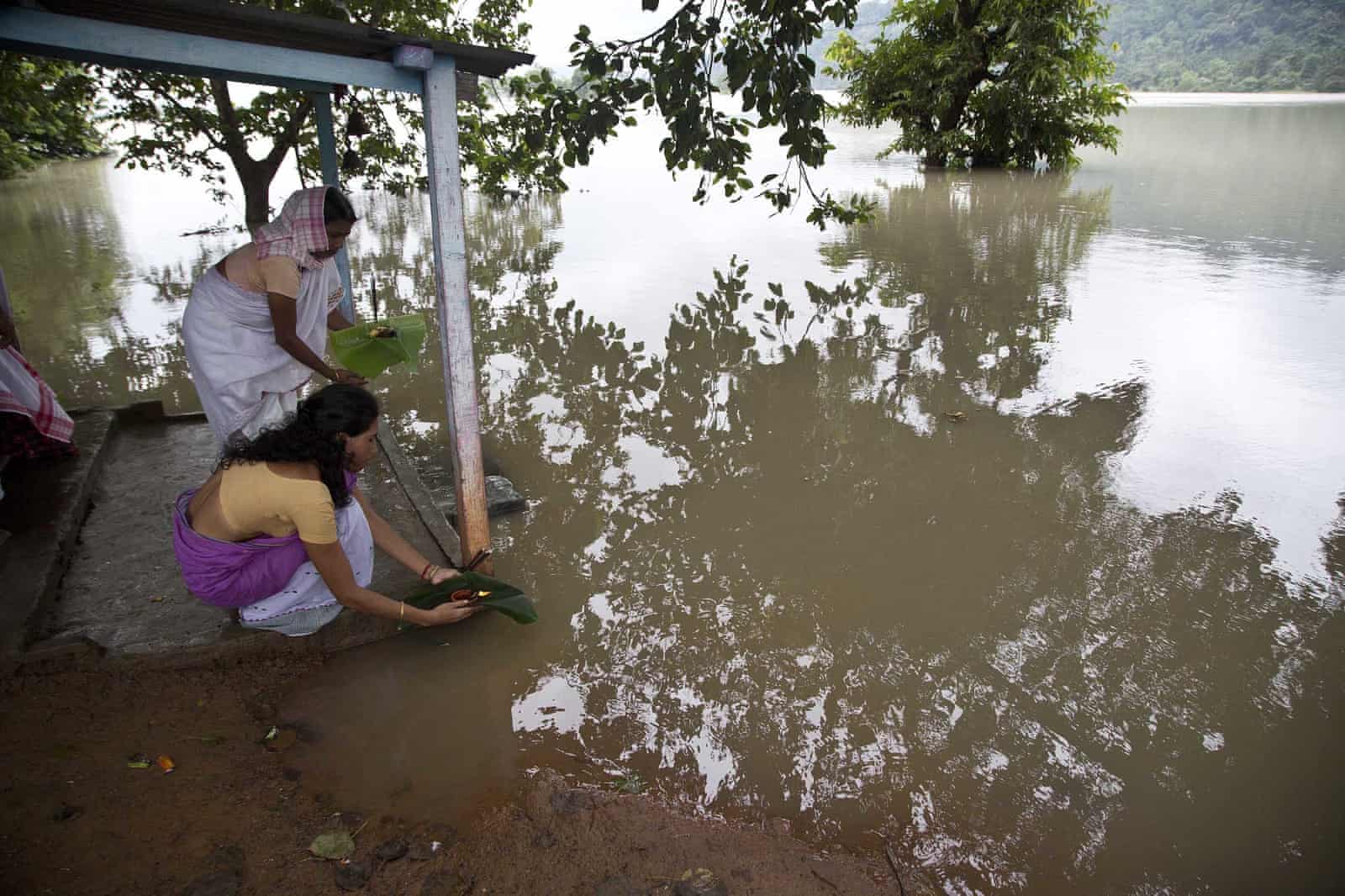 Villagers offer prayers for the floodwaters to recede, in Chandrapur village, east of Gauhati. 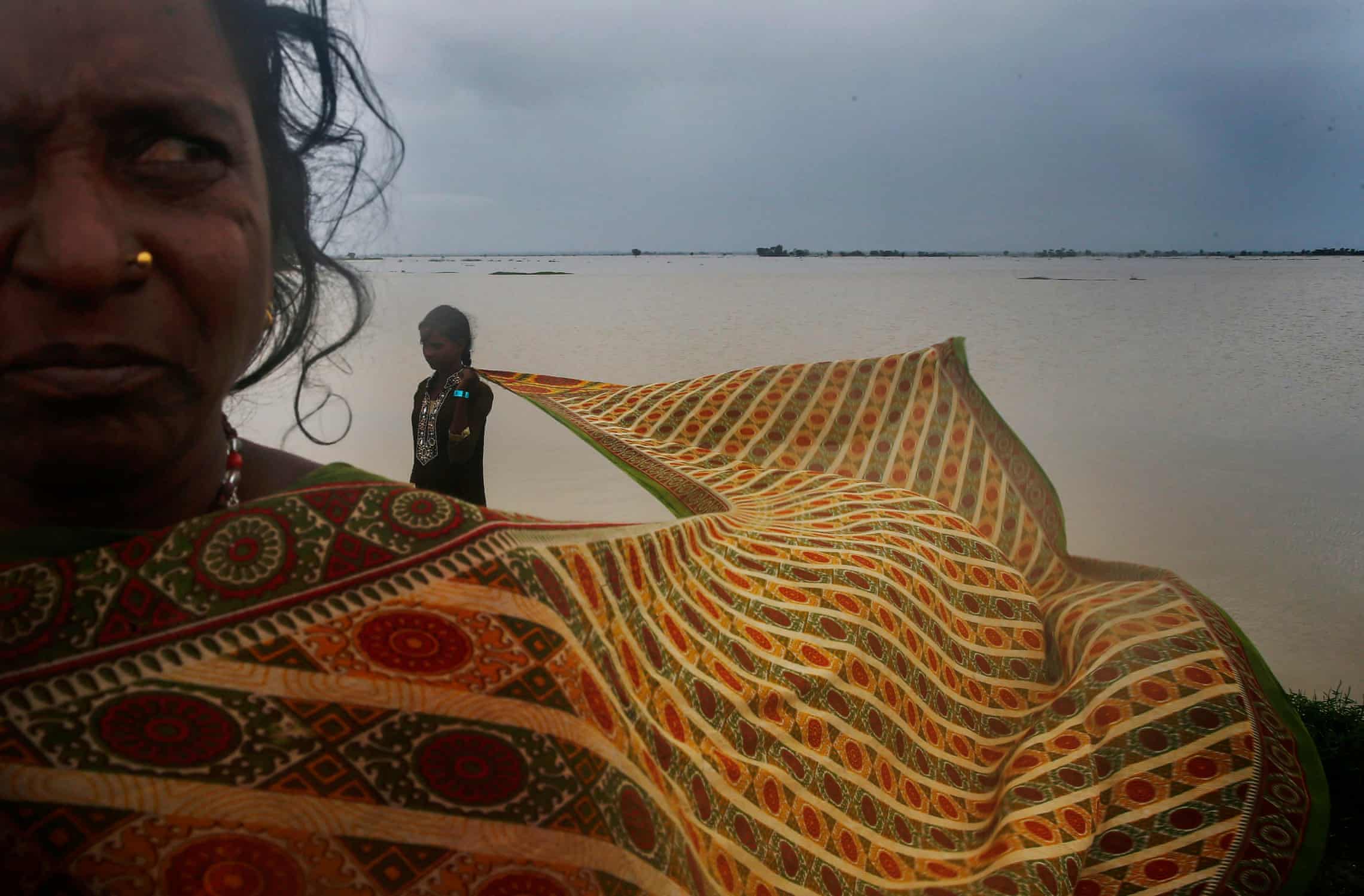 The family of an eight-year-old flood victim gathers to lay him to rest in the Koshi river in Saptari district. 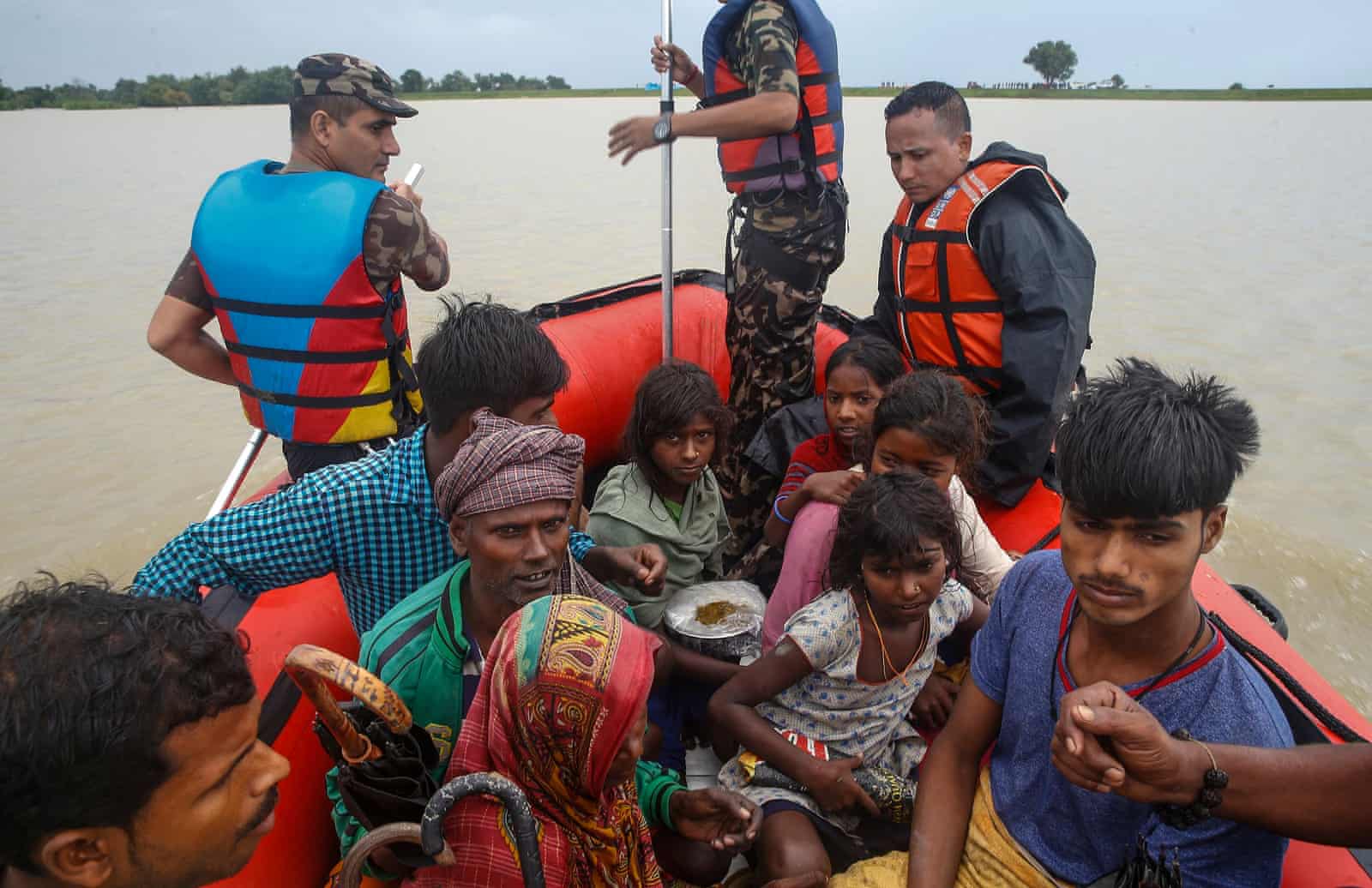 Flood victims are taken to safety by Nepalese soldiers, near Kulari, Saptari 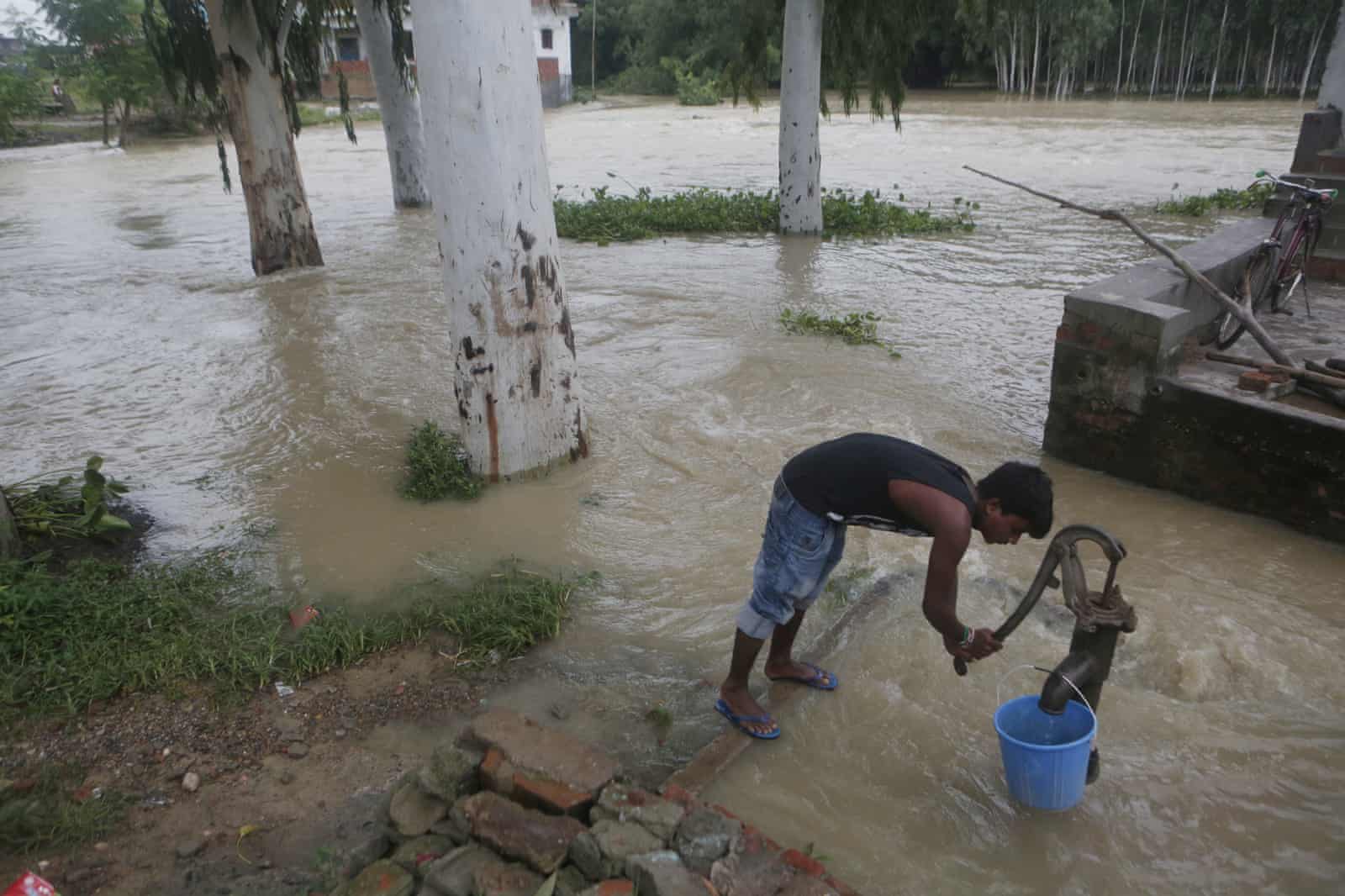 A boy tries to collect drinking water in Janakpur. 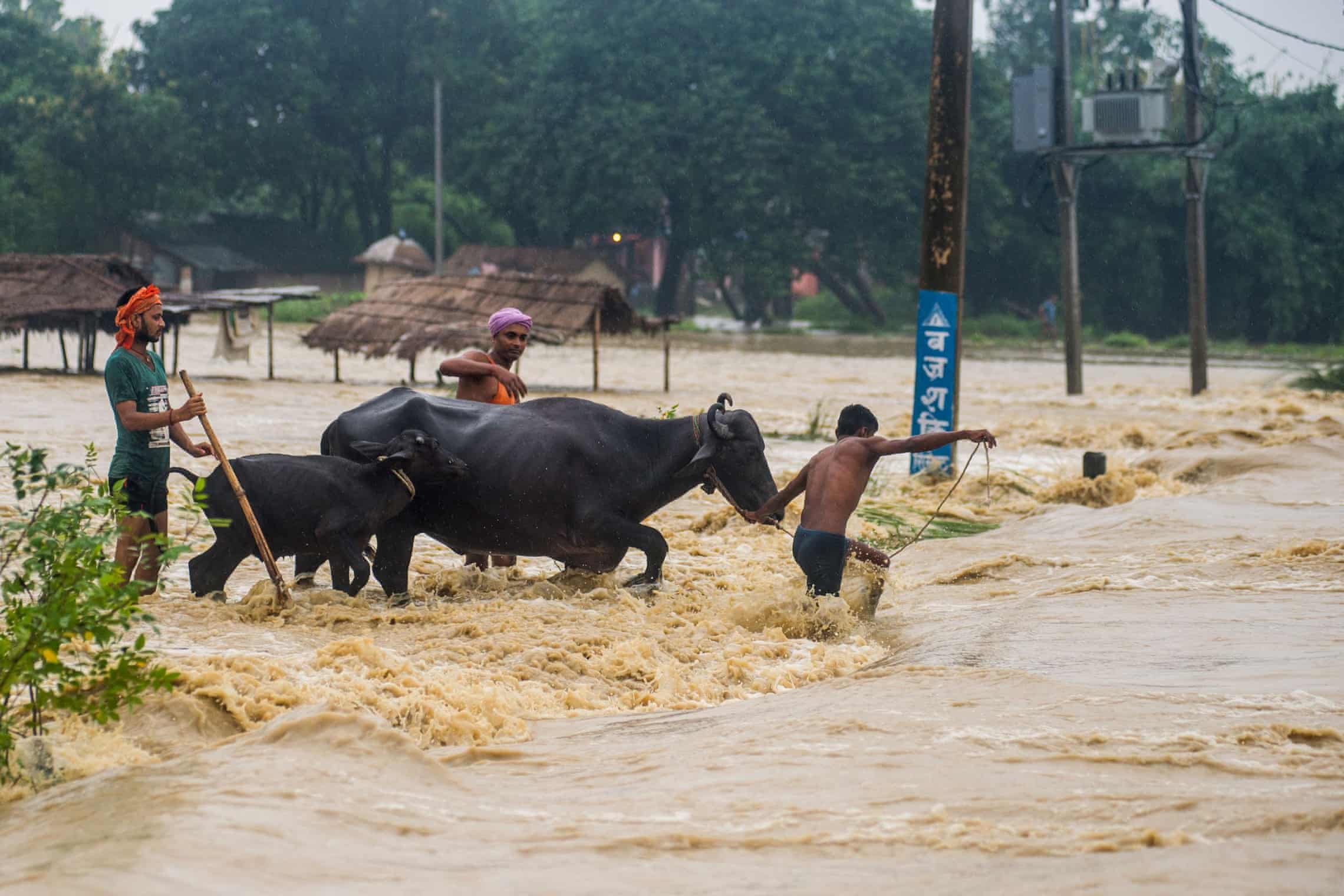 Young men move their buffaloes through rushing floodwaters in Birgunj, Parsa district, south of Kathmandu. Families have been climbing into trees to escape the rapidly rising water 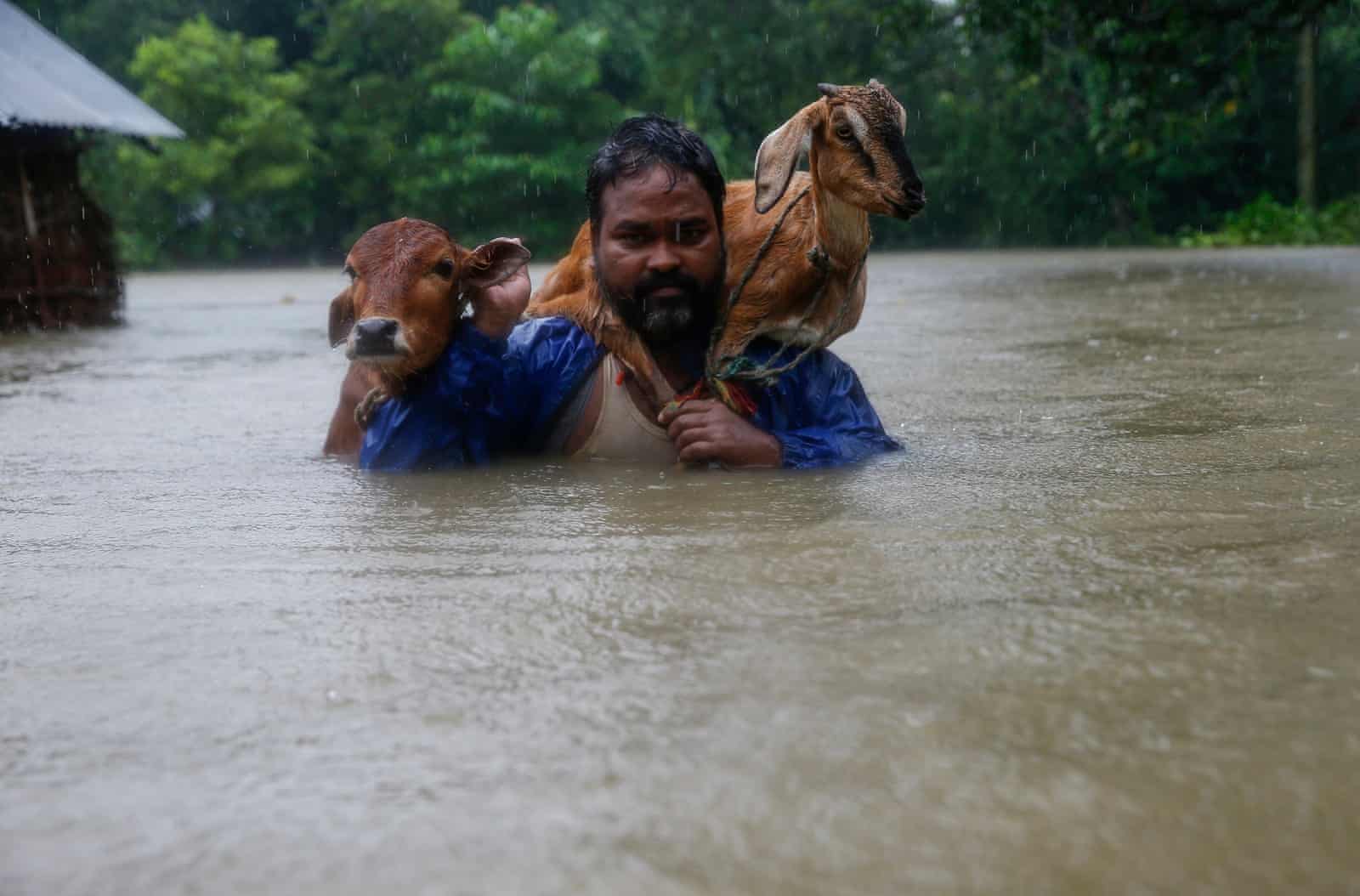 A man carries his cattle on his shoulder as he moves to safer ground at Topa village in Saptari. 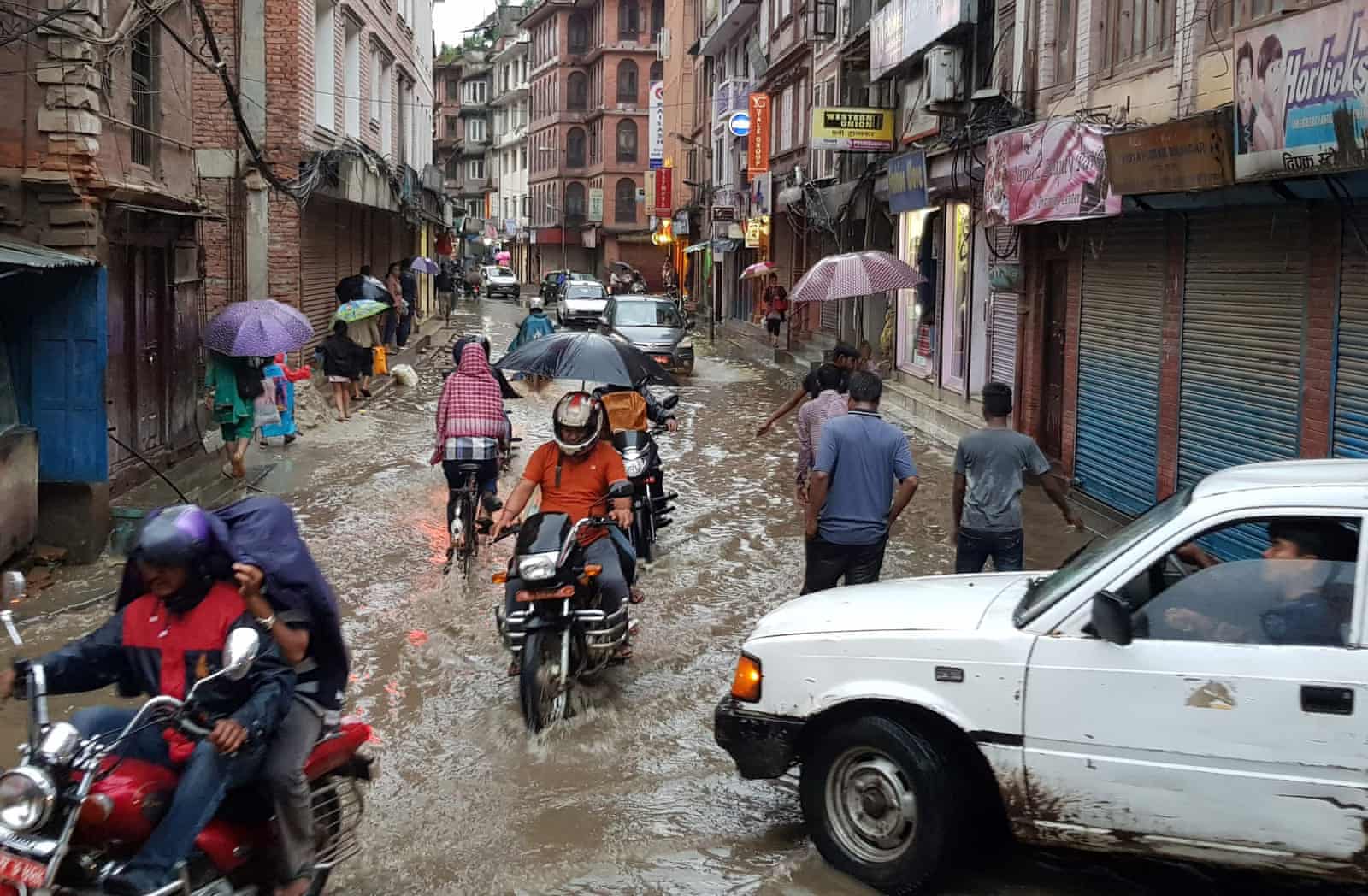 A waterlogged street in Patan, south of Kathmandu. 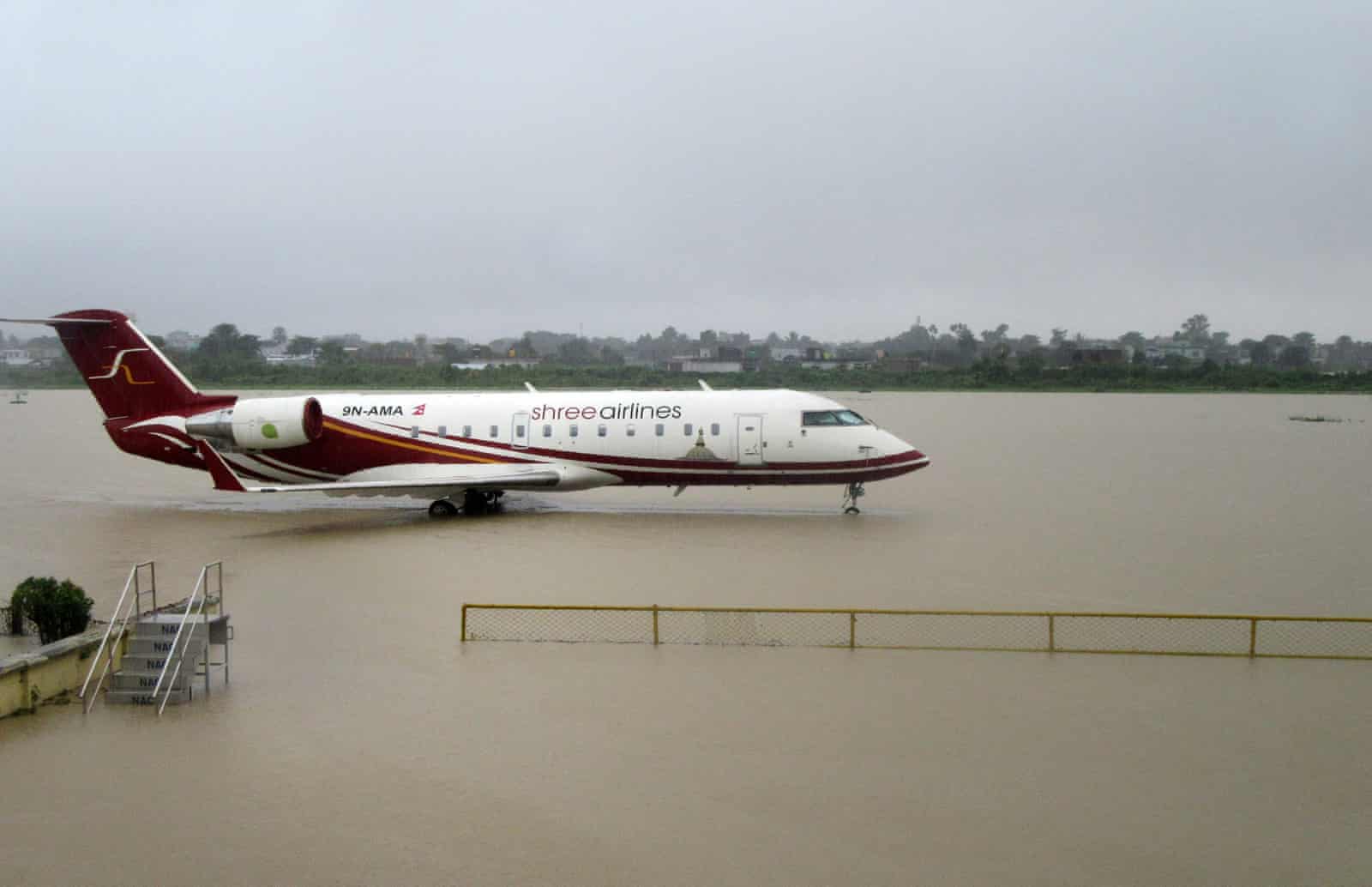 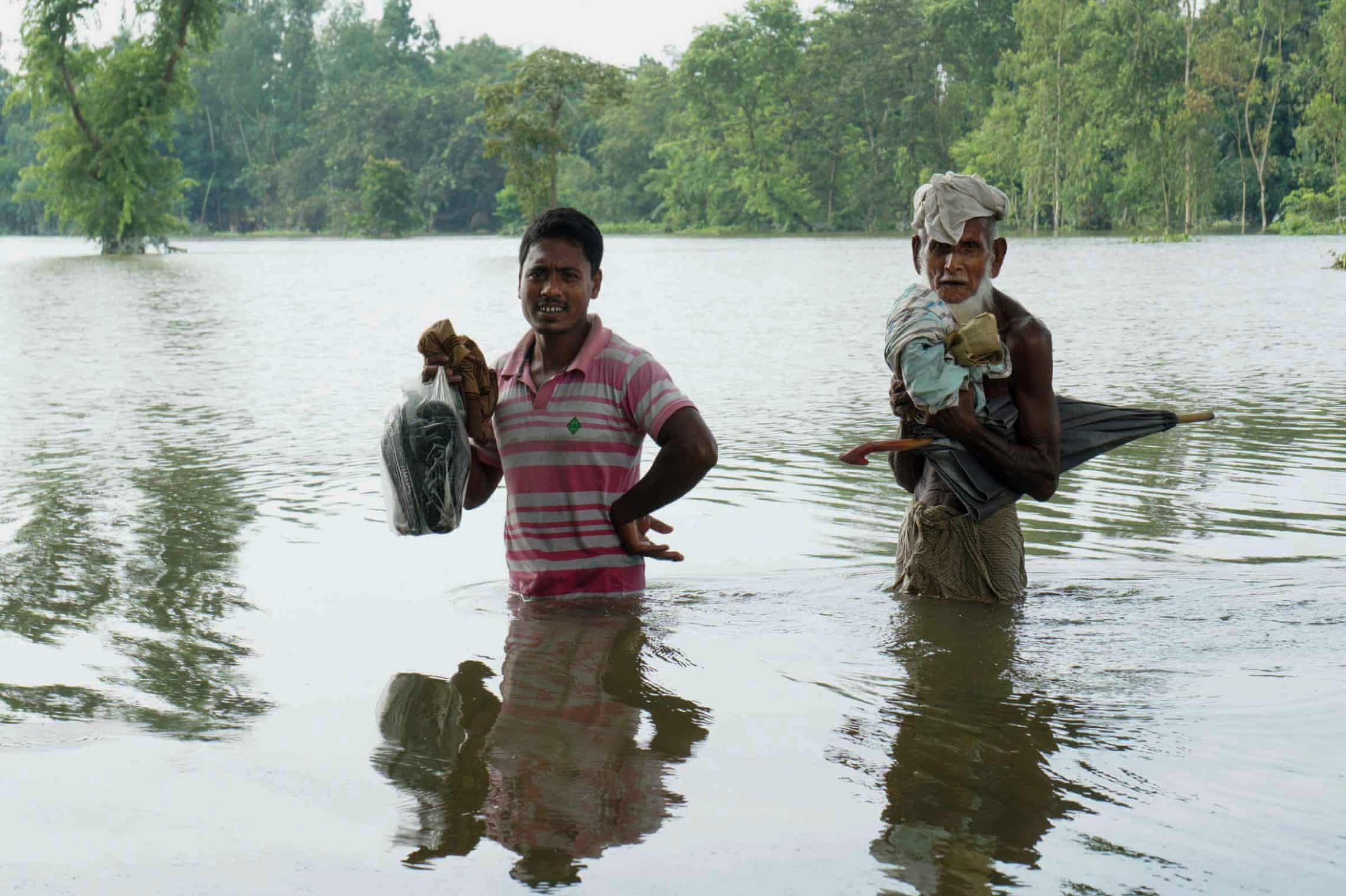 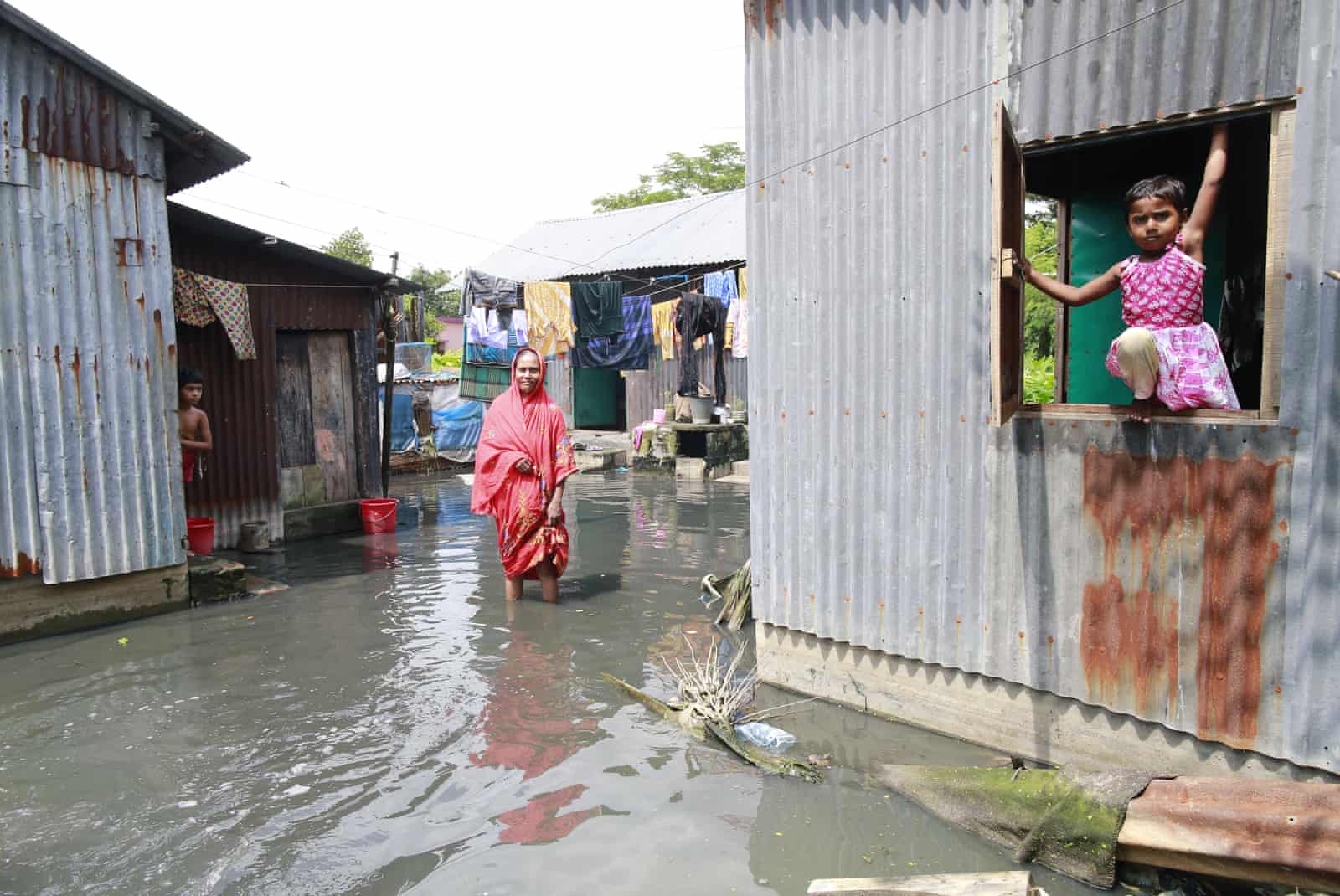 A woman stands in the polluted water that has invaded her home, at Demra in Dhaka. 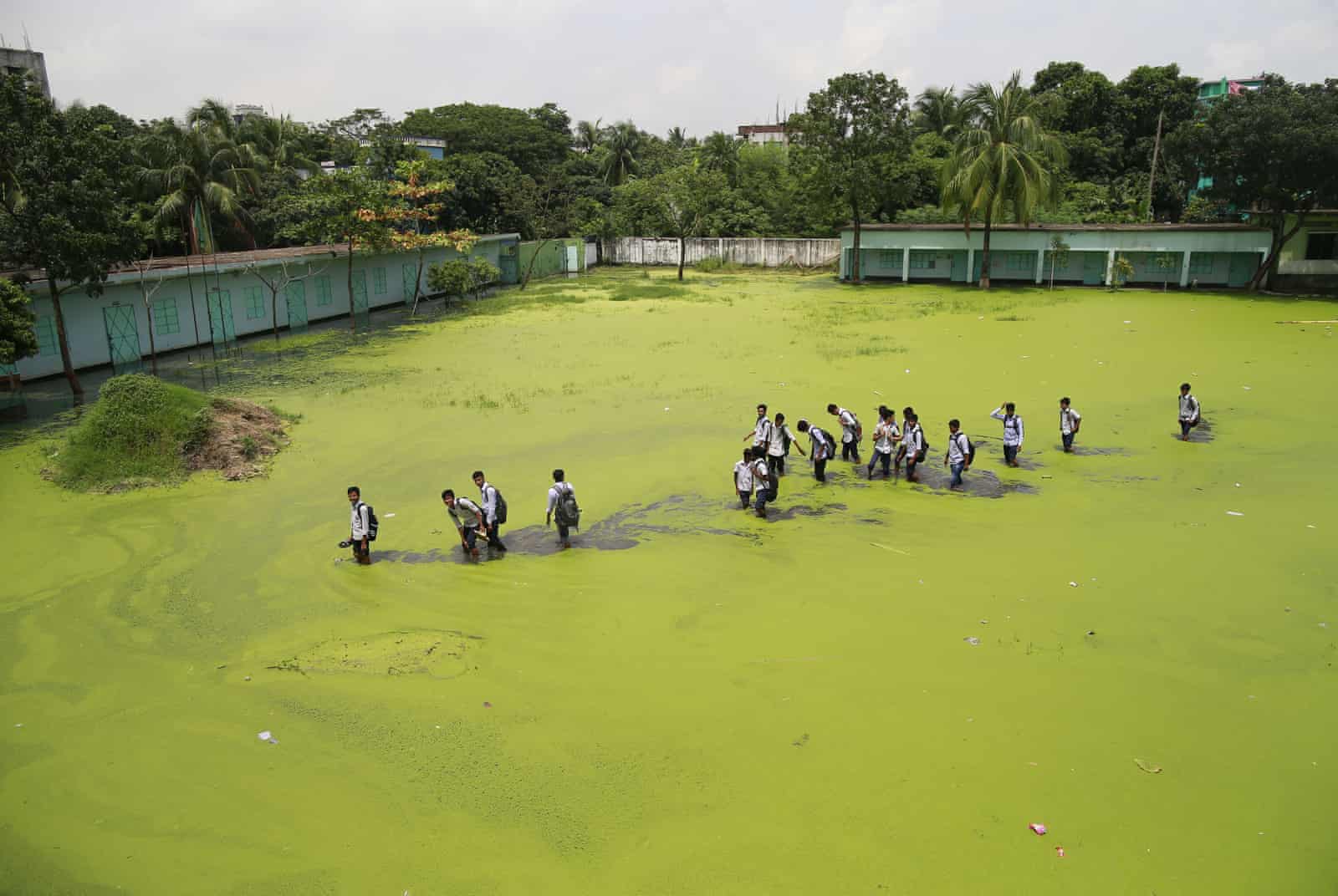 In Demra, children walk through a flooded field as they return home from school. The mix of rainwater and toxic waste from industries has turned the water green. 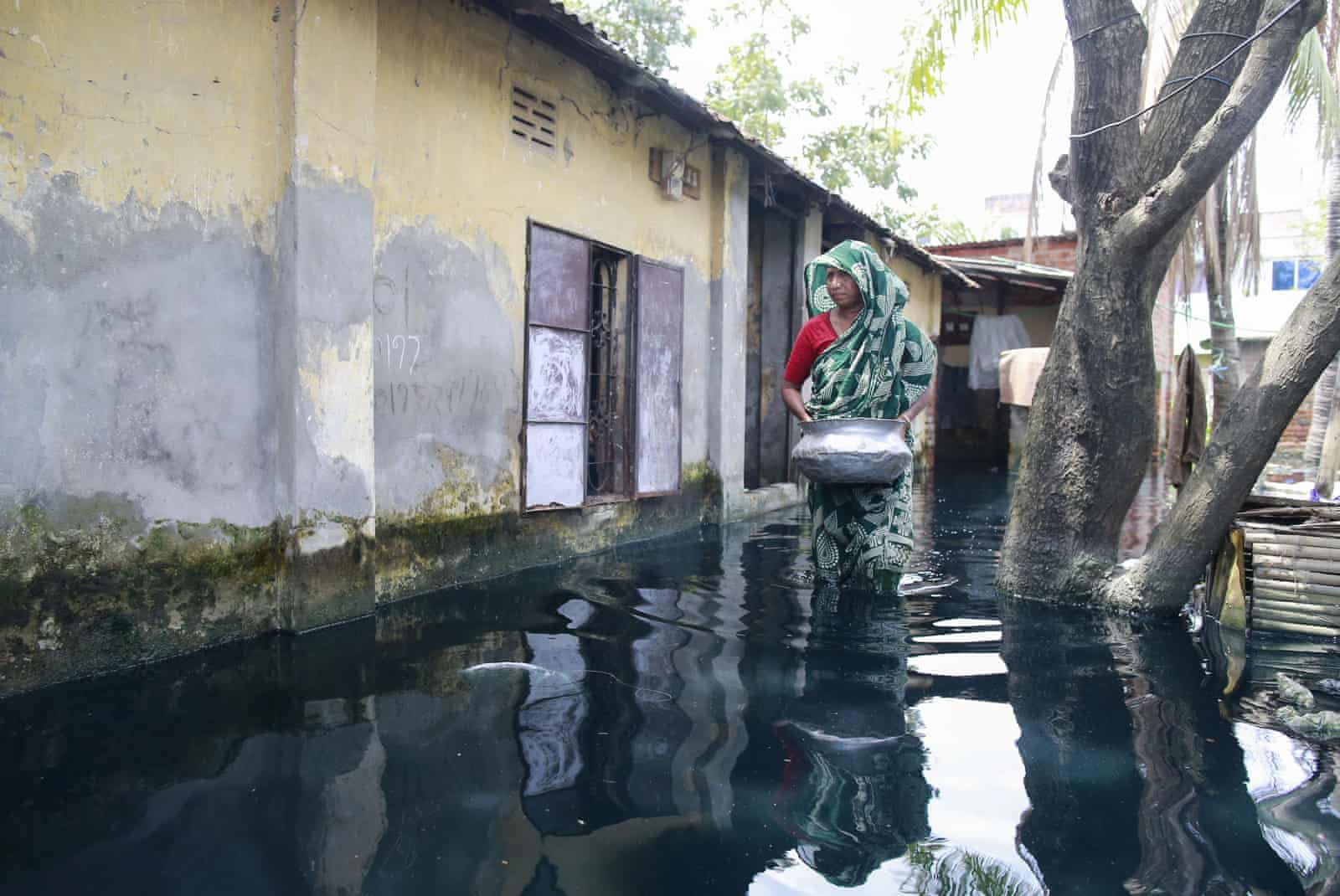 A woman searches for drinking water in Demra.