FOR CLIMATE SCIENTISTS, THE SIBERIAN ANTHRAX OUTBREAK IS A SIGN OF WHAT’S TO COME... We don’t yet know what else lies buried within the Earth’s permafrost — which is scary, because warming in the Arctic is accelerating...

If you’re a climate scientist, what happens when your dire predictions start coming true? The ongoing anthrax outbreak in Siberia is offering us a preview: What was once considered a future theoretical possibility — a re-animated deadly bacterium emerging from the permafrost — is now a reality.

Throughout July, temperatures in northern Siberia have soared as high as 95 degrees Fahrenheit (35 degrees Celsius) during what’s typically the warmest part of the year. It’s unknown exactly how the disease emerged — possibly via a thawed reindeer carcass or human remains at a crumbling, above-ground cemetery that’s typical of the region. Russia has sent troops trained for biological warfare to help establish a quarantine in what’s become the first anthrax outbreak in the region since 1941.

As my colleague Francie Diep wrote on Tuesday, this is an “apocalyptic-sounding chain of events” and the initial news coverage surely capitalized on that tone. But what’s happening in Siberia — while scary! — will not, by itself, threaten the viability of human civilization. In fact, it was expected.

This is like New York City suddenly adopting the climate of Tucson for the whole month of July. To say the Arctic climate is off the charts this year is an understatement.

Scientists have been warning for years that melting permafrost might release ancient pathogens, frozen for millennia or longer in northern soils. Over the last decade or so, bacteria have been discovered alive in Alaskan permafrost at temperatures as low as minus-40 degrees Celsius, and in permafrost layers as old as three million years in Siberia. Although the vast majority of known bacteria are harmless, we don’t yet know what’s buried up there, or how dangerous it might be to humans.

And it’s clear that, for now, weather conditions in Siberia are far outside their normal range. Last month, parts of Siberia near where the anthrax outbreak is occurring were as much as 18 degrees Fahrenheit (10 degrees Celsius) warmer than normal, averaged over the entire month. That’s like New York City suddenly adopting the climate of Tucson, Arizona, for the whole month of July. To say the Arctic climate is off the charts this year is an understatement.

“The record-warm Arctic so far this year, which is probably a preview of a two-degrees-warmer globe, will spawn all sorts of surprises that we cannot foresee,” according to Jennifer Francis, a climate scientist at Rutgers University whose work focuses on the implications of rapidly diminishing Arctic sea ice. “This is uncharted territory in the human experience, and especially the ecosystem is likely to respond in abrupt ways,” Francis writes in an email. 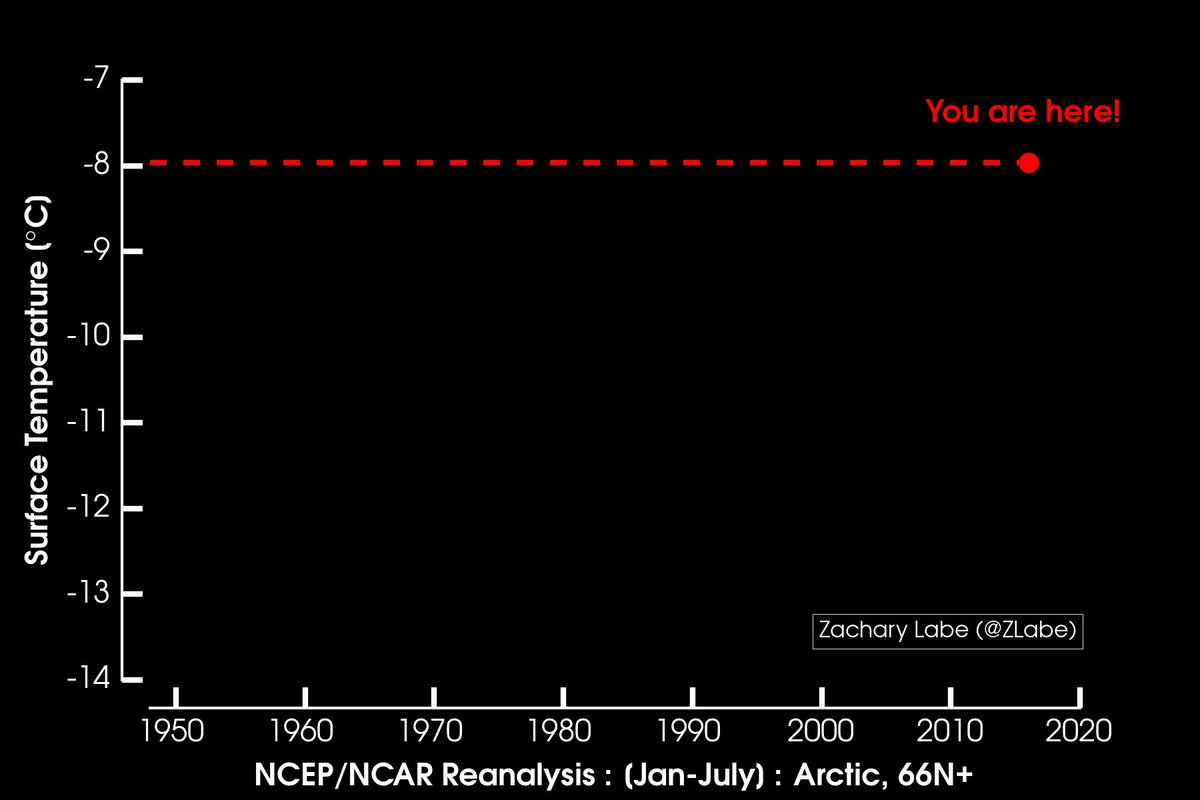 To learn more about how the anthrax outbreak itself may have begun, I spoke with Vladimir Romanovsky, a climate scientist at the University of Alaska–Fairbanks who has studied Arctic microbes and is one of the world’s foremost experts on Siberian permafrost.

Romanovsky says that the combination of erosion and the melting of permafrost, which are related, may have helped mobilize sequestered anthrax into the local water supply. This combination of thawing permafrost and erosion is happening not just in Siberia, but Alaska and Canada as well.

“We warned about it, several years ago, that [an outbreak like this] could happen,” Romanovsky says. “That was a kind of theoretical discussion.” Romanovsky also stressed that, until the exact source of this outbreak is found, the discussion of future risk from permafrost is “just speculation.”

Romanovsky says the possibility that additional pathogens may be released from the permafrost, if that is indeed the source, makes it even more important to study this specific outbreak closely. Once in the water supply, in theory, a future pathogen could spread outside the local area, carried by people or by migrating birds or animals.

Though the current outbreak is happening during an unusual period of extreme warmth, Romanovsky says that, “if it gets warmer in the future, and it seems like it will, the thawing permafrost could be massive.” A further degradation of the permafrost would allow more opportunity for the emergence of sequestered microbes.

“This is uncharted territory in the human experience, and especially the ecosystem is likely to respond in abrupt ways.”

That means there’s ample reason to remain on our toes — especially since modern medicine can quickly diagnose and treat diseases like anthrax. “There is no doubt in my mind that climate change will have a major impact on the spread of infectious diseases,” writes Edward Holmes, a scientist whose work focuses on emerging diseases at Sydney Medical School in Australia, in an email to Pacific Standard. Still, Holmes is hesitant to link the anthrax outbreak to warming temperatures. “I think it would be a little of a stretch to say that an isolated case like this would be a clear sign of the impact of climate change,” Holmes writes.

Still, this week’s anthrax outbreak further emphasizes the reality of the Arctic as one of the front lines of climate change, and the questions inherent in a rapidly changing ecosystem. “One of the great challenges we face is that certainly there have been other dramatic changes in the history of the Earth, but not so much in the history of human civilization,” says Brendan Kelly, a scientist at the International Arctic Research Center in Fairbanks, Alaska. That requires scientists like Kelly to take a step back and assume a wider view. “How ecosystems, and, probably, societies adapt to climate change has a tremendous amount to do not only with the amplitude of that change but the speed with which it happens,” he says.

Permafrost-borne diseases are only one threat of climate change, and scientists warn that further abrupt changes are possible (if not likely) unless greenhouse gas emissions are quickly reduced. At this point, humanity has a decision to make — which is good news in the sense that a different course is still possible. But as with this week’s anthrax outbreak, if we continue to lock in future warming, we won’t be able to say we weren’t warned of the consequences.