FORWARD TOGETHER, NOT ONE STEP BACK...

The damage Trump is doing is real. But the response will be bigger than anything he imagined. Join us June 10 & #ActOnClimate

Last week Donald Trump lied, bumbled and double-spoke his way through withdrawing from the Paris Agreement.  It was an outrage as much for how and why it was done - based on false claims about jobs, and with a complete disregard for the international consensus on the need to act on a problem the U.S. played an outsized role in creating - as for the act itself.1

The good news, is that since then leaders from France's Emmanuel Macron2 to Pittsburgh Mayor Bill Peduto3 have reaffirmed their commitment to international action, and committed to taking actions we need - like divesting, committing to get 100% renewable power, and more. That's why on June 10 we’re teaming up with a big coalition of US climate action groups to mobilize in cities across the country. Together, we'll demand our elected officials #ActOnClimate. We will join those who are already taking climate action seriously and push those who aren't, to do more.

Click here to join an action in your community and if there isn’t one yet, you can get one on the map. 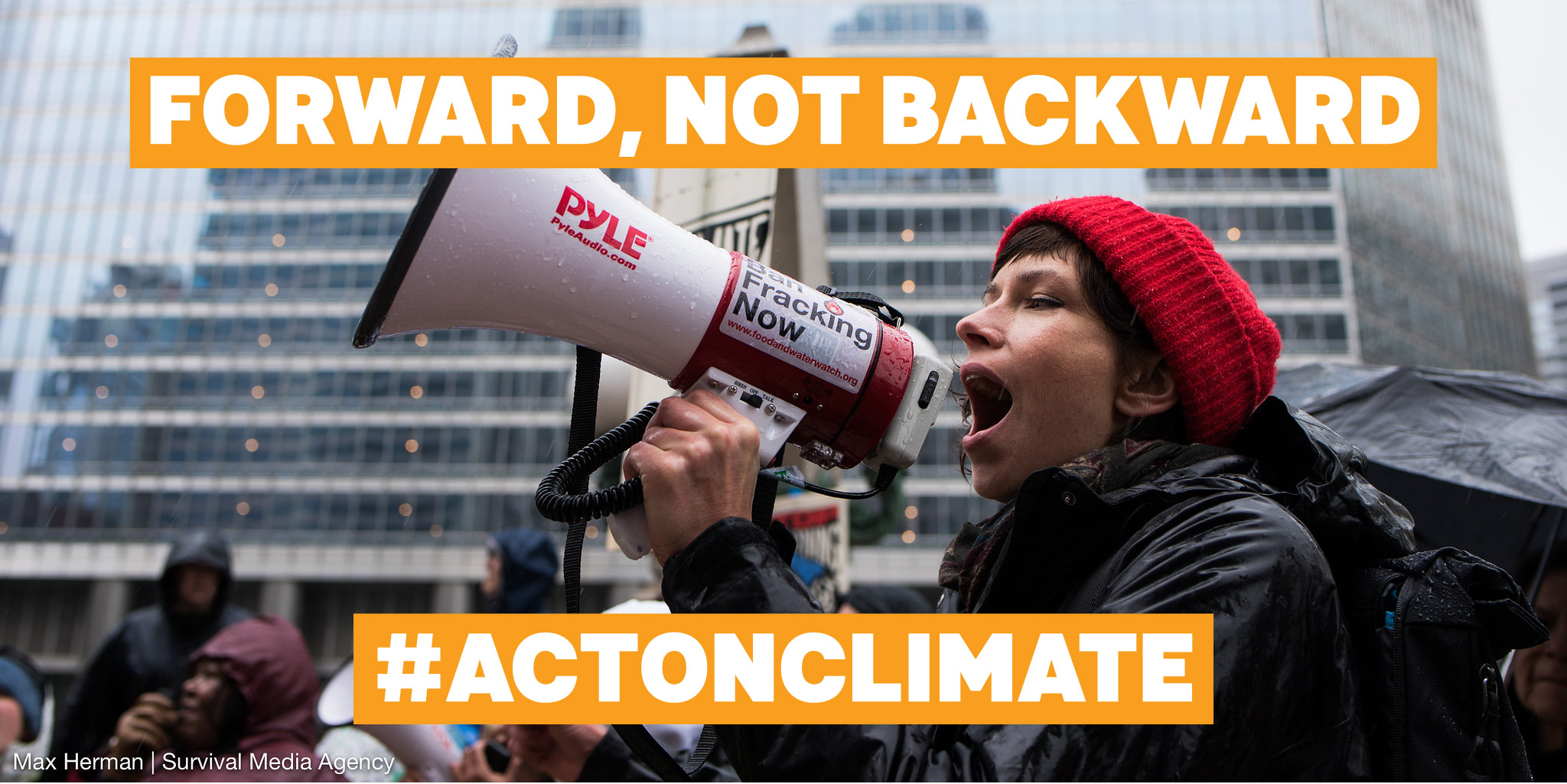 68 US mayors announced their intention to stick to the Paris goals, New York, California and Washington announced a climate action alliance, and dozens of Members of Congress spoke out.

The damage Trump is doing is real. But the response will be bigger than anything he imagined.

Click here to take action in your community on June 10th.

The costs of climate change in terms of lives, homes and the economy are staggering. Meanwhile, the benefits of action are so clear: in the US, more people work in renewables than coal, oil and gas combined,4 10 million people are working in renewables worldwide. By choosing to pull out of the agreement, Trump has literally chosen death and profit for a few, over healthy, sustainable lives for all. And since climate change hits communities of color, the poor, and people in the developing world "first and worst" - he's chosen a racist, hateful way to do it.

The action we need now is indisputable. Every elected official must commit to a target of 100% renewable energy, without delay, stop funding and building new fossil fuel projects and divest from fossil fuels.

Any leader who does less, who hesitates or wavers or asks for more time must be seen as another Donald Trump. And, as Bill McKibben says "we will make sure that history will judge that name with the contempt it deserves."5

The Paris Agreement isn't perfect, but we only got this far because of millions of people  fought like hell to make climate action a priority for every nation on earth. It's time to show Trump we're not going anywhere -- in fact, we're only getting bigger, and louder.

So if you are furious, frustrated or feeling let down by Trump’s decision -- click here to host or attend an action near you this Saturday.

Forward together, not one step back.