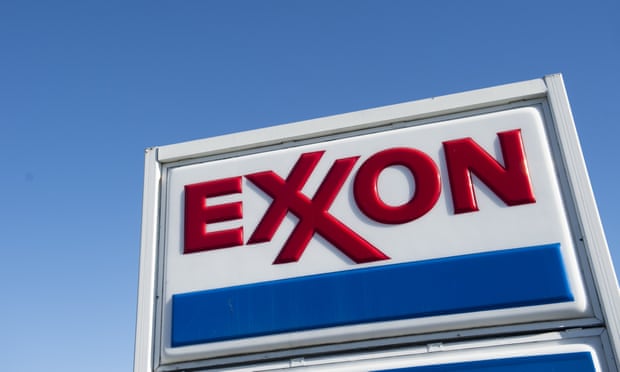 The infamous Heartland Institute has distributed to elected officials a nonsense, non-science report full of denial..

We all know about the various organizations that fund or support the climate-change denial industry. Perhaps the best known is the Heartland Institute, which actually puts on climate “conferences” and publishes materials that appear at first glance to be scientifically sound. We who work and follow the climate change science and public discussions know enough to be skeptical about anything produced by groups like the Heartland Institute – their veneer of scientific credibility is very thin.

With this as a backdrop, I received a copy of a humorous report from an elected official in the USA. The report was entitled “Why Scientists Disagree about Global Warming,” published by Heartland. Since elected officials have too much going on to do a thorough debunking, I looked into this report to see what substance was there.

As a scientist, when I read any manuscript I ask a number of questions. Who wrote it and what is their expertise in the field? When statements and conclusions are made, what is the evidence? How do these conclusions fit into prior work in the field? Is the new study confirming prior work or in conflict with it? If there is conflict, why?

The authors of this manuscript are Craig Idso, the late Robert Carter, and Fred Singer. These three are not exactly (or even nearly) a trio of reputable climate scientists. According to a literature search performed using the search engine SCOPUS, neither Idso nor Singer published a credible paper on global climate change or its implications in years.

One way to measure the authors’ impact is by counting how many people have read and cited their work. For both of these authors, the number of people who have cited them is shockingly low. To put their impact in perspective, a scientist like Kevin Trenberth receives three times more citations each year than the combined citations of Singer and Idso in their entire careers. So, having these guys be lead author on a climate change document is a bit like hiring retired scientists or op-ed writers to do your research.

But just because they are not active and reputable scientists, could they be correct? Sure, they could be. So let’s look at the content.

The central theme of this manuscript is an attack against the expert consensus on human-caused global warming. The consensus refers to the very strong and repeatable measure of what scientists think about climate change. What do the best scientists say?

Dr. Naomi Oreskes conducted the first major study that looked at consensus more than a decade ago. Dr. Oreskes examined the abstracts of hundreds of papers and found that they strongly confirmed the human influence on climate. In fact, she found no papers that dissented. The Heartland publication falsely calls Dr. Oreskes a “non-scientist.” In fact her scientific impact measured by citations is approximately four times that of the combination of Idso and Singer. Instead, they try to refute her with references to think-tank non-reviewed publications and websites.

Peter Doran and Margaret Zimmerman performed the second major consensus study in 2009. This was the first peer-reviewed study that quantified that 97% agreement among climate scientists. The authors accessed a large database of Earth scientists and created a secure polling system to ask about their level of agreement.

The authors broke the scientists into groups based on whether climate change was their field of study and whether they published a majority of their papers in that field. Approximately 10% of the respondents were in the most expert category. There were a series of questions for the respondents and a very strong consensus that temperatures had increased and humans were the cause. The Heartland Institute falsely claimed that the survey was only two questions, and their sole reference used to rebut the paper was an article in the National Post.

William Anderegg and his colleagues completed the third major measure of consensus in 2010. They created a database of the most prominent climate scientists by searching the scientific literature for papers and citations. They found that only 2% of the experts were unconvinced on the extent of human impact. Importantly, the contrarian scientists were found to publish less and publish less impactful studies – simply put, the best scientists agreed.

How does the Heartland document counter this study? They claimed that the mainstream scientists are “hyper productive.” They even accuse these scientists by saying “It is unlikely these scientists actually participated in most of the experiments or research contain in the articles bearing their name.” Next, they point out that the contrarians tend to be older and retired. I wouldn’t disagree with either of their conclusions. The 97% of scientists that agree are more productive and younger than those who disagree. The references that the Heartland uses to support its conclusions are from its own website, from the Wall Street Journal, and other non-scientific outlets. Not very convincing.

The Heartland document finally attacks the 2013 study by John Cook and colleagues of the scientific literature. The authors examined over 12,000 abstracts and found that among those taking a position, less than 3% rejected or minimized human-induced climate change. Among the abstracts that gave a position, 97% were in agreement. Just like before, in response to this the Heartland document cites no peer-reviewed scientific sources — just think-tank literature, websites, and blog posts.

What was surprising was that the Heartland report actually cited a consensus in favor of their viewpoint. The article “Scientists’ Views about Attribution of Global Warming” was published in 2014. The authors found a strong correlation of expertise with recognition that humans are a cause of climate change. For instance, for scientists who have published more than 10 papers on the topic, there is a 90% consensus that human influences dominate.

I could go on, but you get the point. What we see is that it doesn’t matter how you measure the consensus. Whether you ask the scientists, whether you read the papers, or whether you troll the literature in other ways. The results are reinforcing, which why we know there is such a strong consensus.

While I won’t spend too much time on the scientifically incorrect or misleading statements in the Heartland report, I will mention a few. In chapter 4, they claim that a doubling of carbon dioxide would result in approximately 1°C warming. They neglected to remind the readers that we have nearly already reached that and we are nowhere near doubling of carbon dioxide yet. The report claims that meteorological observations are consistent with a climate sensitivity of 1°C but they provide no support for this assertion and in fact, the research does not support this.

The report falsely claims that climate models assume all the warming since the industrial revolution is from carbon dioxide. Climate models include many factors in addition to carbon dioxide. The report also falsely claims that models do not attempt to simulate internal climate oscillations. They claim that thawing of permafrost is not likely to emit dangerous methane, which will add to the warming, but they give no evidence to support their claim.

This is what happens when you have a fossil fuel-funded political organization parade a document as a scientific publication. You get nonsense and non-science. This is why we should be skeptical of anything published by an advocacy organization such as Heartland. Fortunately, we are used to their nonsense.