Why we need to keep fossil fuels in the ground...

‘Shocking’ revelation finds $5.3tn subsidy estimate for 2015 is greater than the total health spending of all the world’s governments...

Fossil fuel companies are benefitting from global subsidies of $5.3tn (£3.4tn) a year, equivalent to $10m a minute every day, according to a startling new estimate by the International Monetary Fund.

The IMF calls the revelation “shocking” and says the figure is an “extremely robust” estimate of the true cost of fossil fuels. The $5.3tn subsidy estimated for 2015 is greater than the total health spending of all the world’s governments.

The vast sum is largely due to polluters not paying the costs imposed on governments by the burning of coal, oil and gas. These include the harm caused to local populations by air pollution as well as to people across the globe affected by the floods, droughts and storms being driven by climate change. 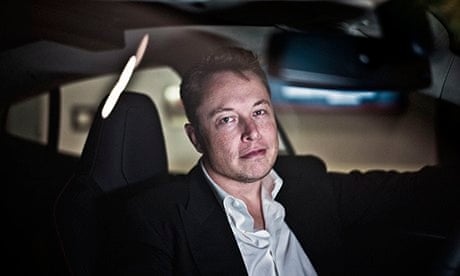 Nicholas Stern, an eminent climate economist at the London School of Economics, said: “This very important analysis shatters the myth that fossil fuels are cheap by showing just how huge their real costs are. There is no justification for these enormous subsidies for fossil fuels, which distort markets and damages economies, particularly in poorer countries.”

Lord Stern said that even the IMF’s vast subsidy figure was a significant underestimate: “A more complete estimate of the costs due to climate change would show the implicit subsidies for fossil fuels are much bigger even than this report suggests.”

The IMF, one of the world’s most respected financial institutions, said that ending subsidies for fossil fuels would cut global carbon emissions by 20%. That would be a giant step towards taming global warming, an issue on which the world has made little progress to date.

Ending the subsidies would also slash the number of premature deaths from outdoor air pollution by 50% – about 1.6 million lives a year.

Furthermore, the IMF said the resources freed by ending fossil fuel subsidies could be an economic “game-changer” for many countries, by driving economic growth and poverty reduction through greater investment in infrastructure, health and education and also by cutting taxes that restrict growth.

Another consequence would be that the need for subsidies for renewable energy – a relatively tiny $120bn a year – would also disappear, if fossil fuel prices reflected the full cost of their impacts.

David Coady, the IMF official in charge of the report, said: “When the [$5.3tn] number came out at first, we thought we had better double check this!” But the broad picture of huge global subsidies was “extremely robust”, he said. “It is the true cost associated with fossil fuel subsidies.”

The IMF estimate of $5.3tn in fossil fuel subsidies represents 6.5% of global GDP. Just over half the figure is the money governments are forced to spend treating the victims of air pollution and the income lost because of ill health and premature deaths. The figure is higher than a 2013 IMF estimate because new data from the World Health Organisation shows the harm caused by air pollution to be much higher than thought.

Coal is the dirtiest fuel in terms of both local air pollution and climate-warming carbon emissions and is therefore the greatest beneficiary of the subsidies, with just over half the total. Oil, heavily used in transport, gets about a third of the subsidy and gas the rest.

The biggest single source of air pollution is coal-fired power stations and China, with its large population and heavy reliance on coal power, provides $2.3tn of the annual subsidies. The next biggest fossil fuel subsidies are in the US ($700bn), Russia ($335bn), India ($277bn) and Japan ($157bn), with the European Union collectively allowing $330bn in subsidies to fossil fuels.

The costs resulting from the climate change driven by fossil fuel emissions account for subsidies of $1.27tn a year, about a quarter, of the IMF’s total. The IMF calculated this cost using an official US government estimate of $42 a tonne of CO2 (in 2015 dollars), a price “very likely to underestimate” the true cost, according to the UN’s Intergovernmental Panel on Climate Change.

The direct subsidising of fuel for consumers, by government discounts on diesel and other fuels, account for just 6% of the IMF’s total. Other local factors, such as reduced sales taxes on fossil fuels and the cost of traffic congestion and accidents, make up the rest. The IMF says traffic costs are included because increased fuel prices would be the most direct way to reduce them.

Christiana Figueres, the UN’s climate change chief charged with delivering a deal to tackle global warming at a crunch summit in December, said: “The IMF provides five trillion reasons for acting on fossil fuel subsidies. Protecting the poor and the vulnerable is crucial to the phasing down of these subsidies, but the multiple economic, social and environmental benefits are long and legion.”

Barack Obama and the G20 nations called for an end to fossil fuel subsidies in 2009, but little progress had been made until oil prices fell in 2014. In April, the president of the World Bank, Jim Yong Kim, told the Guardian that it was crazy that governments were still driving the use of coal, oil and gas by providing subsidies. “We need to get rid of fossil fuel subsidies now,” he said.

Reform of the subsidies would increase energy costs but Kim and the IMF both noted that existing fossil fuel subsidies overwhelmingly go to the rich, with the wealthiest 20% of people getting six times as much as the poorest 20% in low and middle-income countries. Gaspar said that with oil and coal prices currently low, there was a “golden opportunity” to phase out subsidies and use the increased tax revenues to reduce poverty through investment and to provide better targeted support.

Subsidy reforms are beginning in dozens of countries including Egypt, Indonesia, Mexico, Morocco and Thailand. In India, subsidies for diesel ended in October 2014. “People said it would not be possible to do that,” noted Coady. Coal use has also begun to fall in China for the first time this century.

Shelagh Whitley, a subsidies expert at the Overseas Development Institute, said: “The IMF report is yet another reminder that governments around the world are propping up a century-old energy model. Compounding the issue, our research shows that many of the energy subsidies highlighted by the IMF go toward finding new reserves of oil, gas and coal, which we know must be left in the ground if we are to avoid catastrophic, irreversible climate change.”

Developing the international cooperation needed to tackle climate change has proved challenging but a key message from the IMF’s work, according to Gaspar, is that each nation will directly benefit from tackling its own fossil fuel subsidies. “The icing on the cake is that the benefits from subsidy reform – for example, from reduced pollution – would overwhelmingly accrue to local populations,” he said.

“By acting local, and in their own best interest, [nations] can contribute significantly to the solution of a global challenge,” said Gaspar. “The path forward is clear: act local, solve global.”

To learn about global warming, climate change and greenhouse gas causes, effects, solutions, definitions, facts and tipping points, click here.
To receive breaking news on global warming issues, sign up for our Best of the Internet global warming blog by clicking here and putting your email address in the Global Warming Blog Subscribe box at the bottom right of the page. Once a week you will automatically receive new headlines from the key global warming stories of the week.