FRACKING SHAKES THE AMERICAN WEST: ‘A MILLENNIUM’S WORTH OF EARTHQUAKES’... 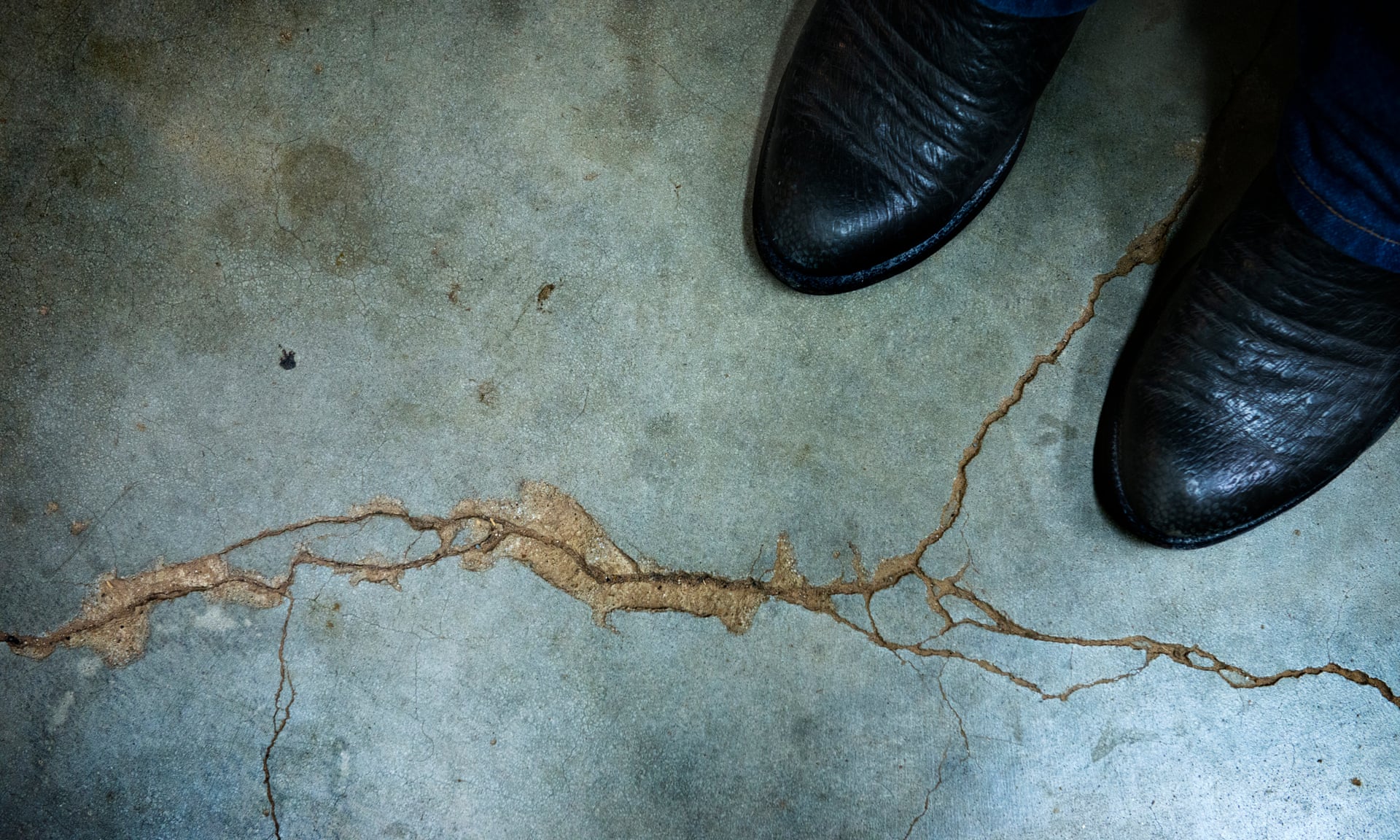 In 2015 the US Geological Survey linked earthquakes over seven years to toxic wastewater dumping and drilling programs in eight states, including Oklahoma and Colorado. Photograph: Linda Davidson/Getty Images

Seismologists’ warnings about hydraulic fracturing and wastewater disposal divide residents, politicians and companies in Colorado and Oklahoma, while temblors increase around the region...

Oklahoman's don’t blink when they hear warnings about tornadoes, drought or ice-storms. Earthquakes, however, catch their attention.

Increasingly tied to tremors shaking the west, fracking for natural gas is creating alarm and division around western states that until recently enjoyed a boom in jobs and revenue.

In Oklahoma, seismologists have warned that significant temblors last week could signal a larger, more dangerous earthquake to come in a state where drilling is destabilizing the bedrock.

According to the National Earthquake Information Center (NEIC), which is based in Colorado, in 2014 Oklahoma experienced 585 such quakes. In 2015 there were 842.

“That’s almost a millennium’s worth of earthquakes in two years,” George Choy, a seismologist at the center, told the Guardian on Friday. “When you see that you suspect something is going on.”

Choy added: “Even a magnitude four in the right place could cause great damage. The industry in Oklahoma is producing a tremendous amount of wastewater, more than 200 million barrels a month, which is on the way to a trillion a year.

"Water is finding its way to underground faults and there is always the possibility of a big earthquake. We are concerned" -George Choy, National Earthquake Information Center

“Water is finding its way to the underground faults and there is always that possibility of a big earthquake. We are certainly concerned.”

Last spring, the US Geological Survey (USGS) issued a report declaring that a spate of earthquakes over seven years were man-made, triggered by drilling for oil and gas. Dumping toxic wastewater from the drilling process destabilized faults in the bedrock, according to the report, causing more problems than the high-pressure injection of water, sand and chemicals, or hydraulic fracturing, that is known colloquially as fracking.

Oil and gas drilling has risen to 7% of the Oklahoma state economy since 2009, part of a wider fracking revolution that has boosted American energy production and created more than a million US jobs. But as underground booms have resounded beneath the economic one, calls for greater regulation have increased.

Those calls have divided leaders along partisan lines in at least eight states, including Oklahoma, Colorado, Texas and Kansas. “Known or suspected induced earthquakes” have disturbed those usually stable areas, according to the NEIC.

“Absent a catastrophic loss of life or property, there will be zero reaction from the Oklahoma House or Senate. They don’t want to touch it,” Democratic state representative Cory Williams told the New York Times.

In Colorado, however, the state assembly will begin 2016 by hearing a proposal to hold oil and gas companies liable for earthquakes caused by drilling. Such work in the state has since 2009 produced nearly 40,000 jobs paying more than $100,000, with 55,000 active wells. 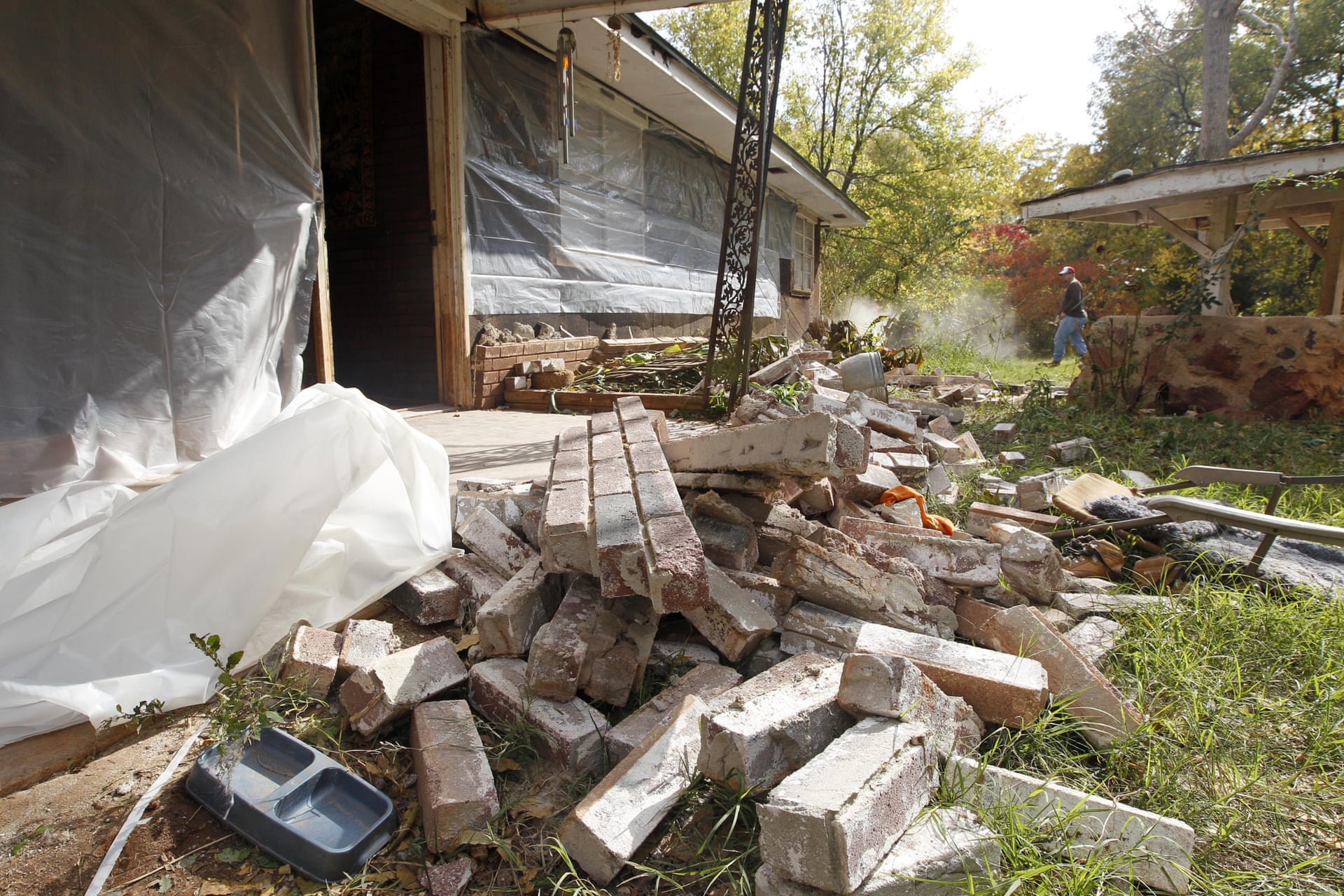 Earthquake damage in Sparks, Oklahoma, after two earthquakes hit the area in less than 24 hours in 2011. Photograph: Sue Ogrocki/AP

“This really is not Oklahoma,” Doug Flanders, director of policy and external affairs for the Colorado Oil and Gas Association, told the Guardian. “The industry in Colorado is known for having some of the most comprehensive rules in the nation, if not the world.”

Flanders said the industry had to address concerns, nonetheless. “There is a fear factor with this issue,” he said.

Since 2014, Colorado has experienced just one earthquake linked to wastewater disposal, in the heavily drilled Weld County, according to COGA. The USGS linked a 2011, 5.3-magnitude earthquake on the state’s border with New Mexico to such practices, and has warned that earthquakes are 100 times more likely to occur now than in 2008 in areas subject to fracking and wastewater disposal.

Colorado representative Joe Salazar, a Democrat, is the man behind the bill to make oil and gas companies strictly liable if they trigger any earthquakes around fracking and related disposal facilities.

Salazar said he was responding to his constituents’ concerns about drilling and wastewater disposal near their homes – concerns voiced in part by 350 angry voters who attended a community meeting last fall.

“People are worried about their health, their kids’ health, the water, the air and their property values,” he said. “Right now in Colorado it’s a free for all. The companies are sticking their straws in the ground and sucking out as much as they possibly can.”

“If anywhere in Colorado an oil or gas company injures a person or damages something, they need to be liable for that loss.”

Energy company Synergy Resources Corporation plans to set up in a bucolic patch of Salazar’s district, terrifying some inhabitants of the suburban community.

Maria Orms, a local software engineer and the mother of daughters in high school and college, estimated that her home was less than a mile away from Synergy’s planned site.

“We’re worried about truck traffic, water, the smell,” she said. “We’ve heard the smell is awful. Our quality of life, our safety, so many things.”

She said many of her neighbors were also concerned about earthquakes, the foundations of their houses cracking, fires and whether emergency response teams were trained to handle such dangers – including to the local middle school. Residential earthquake insurance does not usually cover man-made tremors, she said.

"[The bill] puts the energy industry on the hook for any earthquake … that is not the American way and never has been" -Jerry Sonnenberg, Colorado state senator

“Everyone wants to pass the buck,” Orms said. “When we talk to city and county officials they say it’s a state matter. The state just seems to want to promote the industry. The atmosphere at local meetings about fracking can be intimidating and we don’t know what’s happening.”

Salazar knows he has no hope of getting his bill past a Republican-controlled Senate, even if he could get it through the state House.

“My legislation doesn’t curtail fracking,” he said. “It just says if you do it poorly you will be responsible for that.”

Republican state senator Jerry Sonnenberg disagreed, slamming “fractivists” whom he said would prevent the US from achieving energy independence.

Sonnenberg called Salazar’s bill “unscientific”, adding that its language “would put the energy industry on the hook for any earthquake unless they can prove themselves innocent.

“That is not the American way and never has been,” he said. 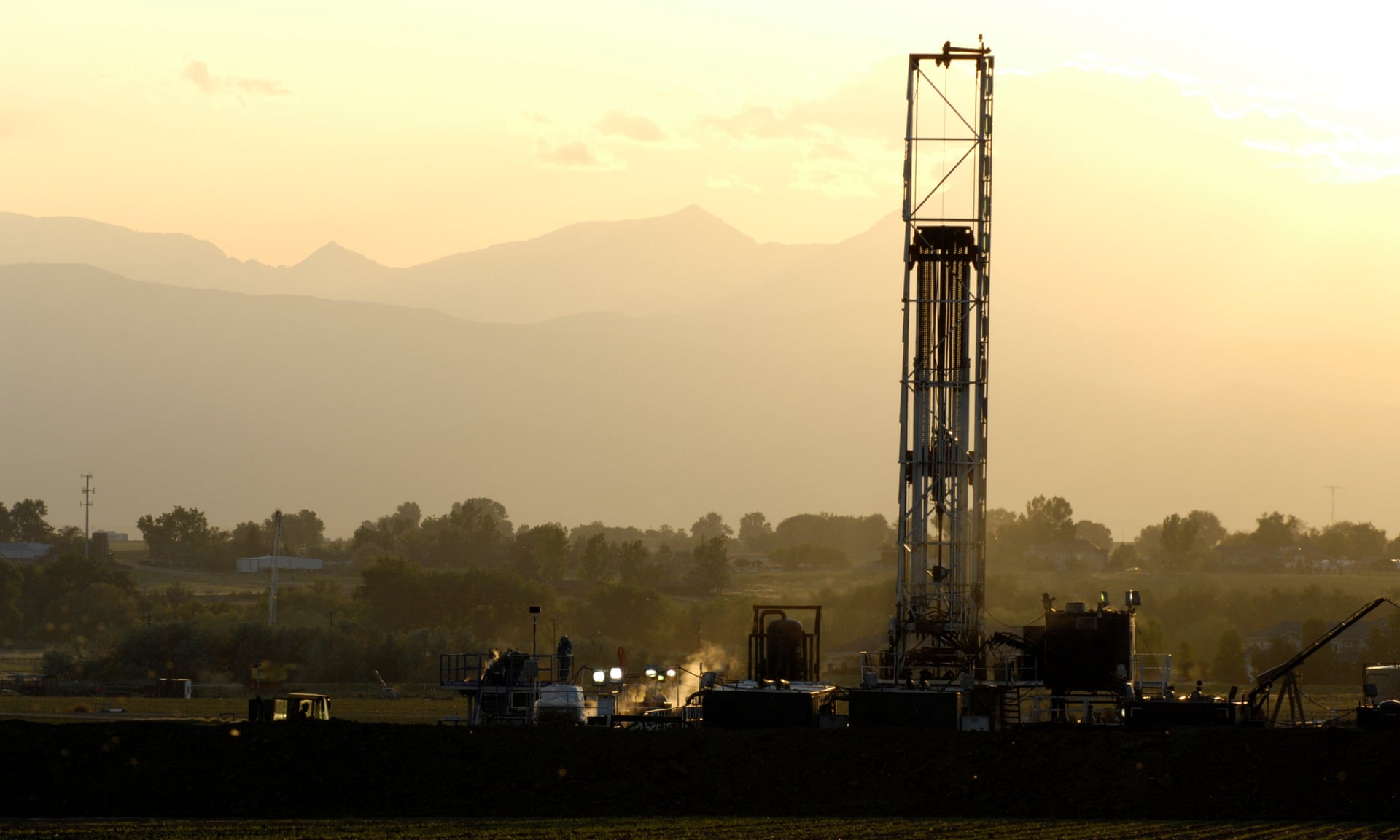 Brian Macke, a spokesman for Synergy Resources Corporation, said the company had not applied for permits yet and early plans were to take the wastewater out of the Thornton area for disposal at another well, not to create a new one.

The company has been working “very closely with local government and citizen groups” to “minimize the impact on local residents and the environment”, he said. “We can promise that we will conduct the operation in the most safe manner possible.”

Industry and geological experts say it is hard to predict hat will have happened in either of their fields by the time Synergy is ready to sink drills next year. Energy prices remain extraordinary low, leaving the industry susceptible to rising operation costs and concerned leaders. Last year, for example, New York governor Andrew Cuomo, for instance, declared a moratorium on fracking would remain in place.