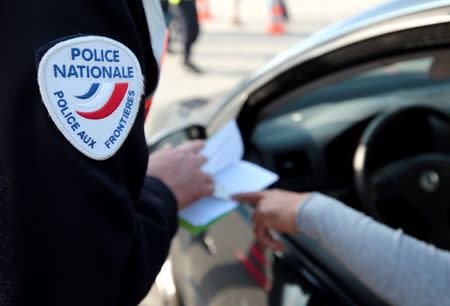 France will limit a U.N. climate summit in Paris starting in two weeks' time to core negotiations and cancel planned marches and concerts after the attacks that killed 129 people, Prime Minister Manuel Valls said on Monday.

He said no foreign leaders had asked France to postpone the Nov 30-Dec 11 summit, which aims to map out a global accord to limit greenhouse gas emissions, a move which would amount to "abdicating to the terrorists".

But he told RTL radio that "a series of demonstrations planned will not take place and it will be reduced to the negotiations ... a lot of concerts and festivities will be canceled."

Environmental activists are due to meet later on Monday to rethink plans for a march on Nov. 29, the eve of the summit, that they had hoped would attract perhaps 200,000 people to put pressure on governments to cut greenhouse gas emissions.

Mainstream groups say they will respect any bans, decreed under emergency powers in France after the attacks on Friday that France blamed on Islamic State.

French Foreign Minister Laurent Fabius, in Turkey for a meeting of the Group of 20, said many world leaders reaffirmed they would come to the summit.

He quoted some leaders as telling him: "'We not only planned to come, but now we have to come, because we have to show to the terrorists that we are not afraid of them.'"

Alden Meyer, of the Union of Concerned Scientists, said he did not think the attacks would affect the outcome of the climate conference, which is due to agree a plan to restrict greenhouse gas emissions beyond 2020.

He noted that the last climate summit, in Copenhagen in 2009, failed partly because many world leaders were reluctant to commit to a shift from fossil fuels amid the financial crisis.

"I don't see these attacks having any substantial bearing on the substance of the negotiations, as opposed to Copenhagen, for example, where the 2008-2009 global economic crisis did raise doubts about the costs associated with climate action," he said.

He and other experts also said the conference may also do more to discuss links between climate change and national security, a theme often stressed by U.S. Secretary of State John Kerry.

In May, for instance, a study in the U.S. journal Proceedings of the National Academy of Sciences said drought and man-made climate change may be among the underlying causes of the conflict in Syria.