FROM HEAT WAVES TO HURRICANES: WHAT WE KNOW ABOUT EXTREME WEATHER AND CLIMATE CHANGE... 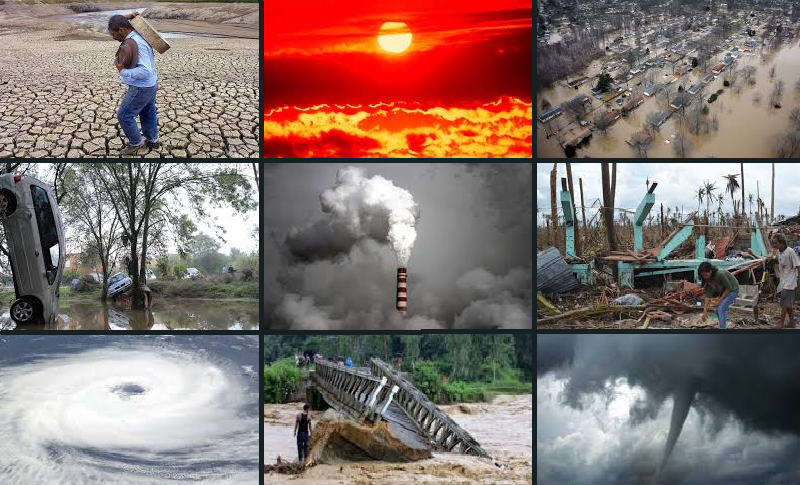 It’s been a hectic end to summer, meteorologically speaking...

This string of extreme events has brought new focus to a familiar question: Is climate change to blame?

Extreme heat is the hallmark of global warming.

Average temperatures are shifting upward. In the process, very hot days become more frequent and the hottest days are now even hotter. (See our animation of how this has played out over the past few decades.)

This matters because extreme heat is associated with increased mortality, lower crop yields and other consequences.

Over the past decade, scientists have become more confident in linking heat waves to climate change. As with other extreme events, scientists can’t say that climate change caused a specific heat wave, but they can say it made the heat wave more likely to occur.

Researchers from World Weather Attribution, an international group that analyzes extreme weather events for links to climate change, found that a deadly June heat wave that blanketed much of Western Europe was up to 10 times more likely in our current warming climate than in a simulated world in which there were no greenhouse gas emissions from human activities. Similar studies have identified the fingerprints of global warming on many other extreme heat events.

Warmer air can hold more water vapor, which leads to heavier downpours. “Really powerful storms are really good at squeezing that water vapor out and turning it into rain,” said Adam Sobel, an atmospheric scientist at Columbia University.

Across the United States, heavy precipitation events have increased in intensity and frequency since the beginning of the 20th century, according to a climate report from 13 federal agencies awaiting approval by the Trump administration. But there are significant regional and seasonal differences to this trend. The largest increases in heavy downpours were seen in the Northeast and Midwest. Fall had the greatest increase in precipitation, with little change observed during winter.

Several studies have found that greenhouse gas emissions have contributed to the increase in heavy precipitation, but the link to climate change is less solid than with extreme heat.

While it may seem counterintuitive, global warming is expected to lead to both more intense precipitation and more intense drought — just not in the same place at the same time.

It’s well understood that warmer temperatures lead to drier soils. And while scientists do not expect less precipitation overall, shifting weather patterns mean that some areas will get fewer downpours even as others see more.

Changes in drought and precipitation patterns also influence forest fires, which have become more frequent in the Western United States and Alaska since the 1980s. Other natural and human variables, including forest management and fire suppression programs, play a role. But studies have found that global warming has already made Western forests drier, so conditions are more conducive to fires.

Climate change is expected to lead to stronger, wetter hurricanes and is likely to increase the frequency of “very intense” storms, according to the federal report. But the effects of global warming on individual storms have been difficult to determine so far.

“With hurricanes, there is broad agreement now on what we can expect in the future and with how much confidence, but there's a lot less agreement on what we can already see in the data,” Dr. Sobel said.

Hurricanes pose “a few inherent challenges” for climate scientists, said Noah Diffenbaugh, a professor of earth system science at Stanford University. They are rare events, with only about a dozen observed even in an active season, so there is a sparse historical record for study. And hurricanes are complex weather systems, so computer modeling requires huge amounts of processing power.

So far, a strong climate change signal has not emerged from the natural variability in observational data. But that doesn’t mean climate change isn’t affecting storms today.

“It’s like trying to hear someone talk very quietly in a noisy room,” Dr. Sobel said. “It doesn’t mean they’re not talking, but you can’t hear it.”