GEOENGINEERING IS NOT A QUICK FIX FOR CLIMATE CHANGE, EXPERTS WARN TRUMP... 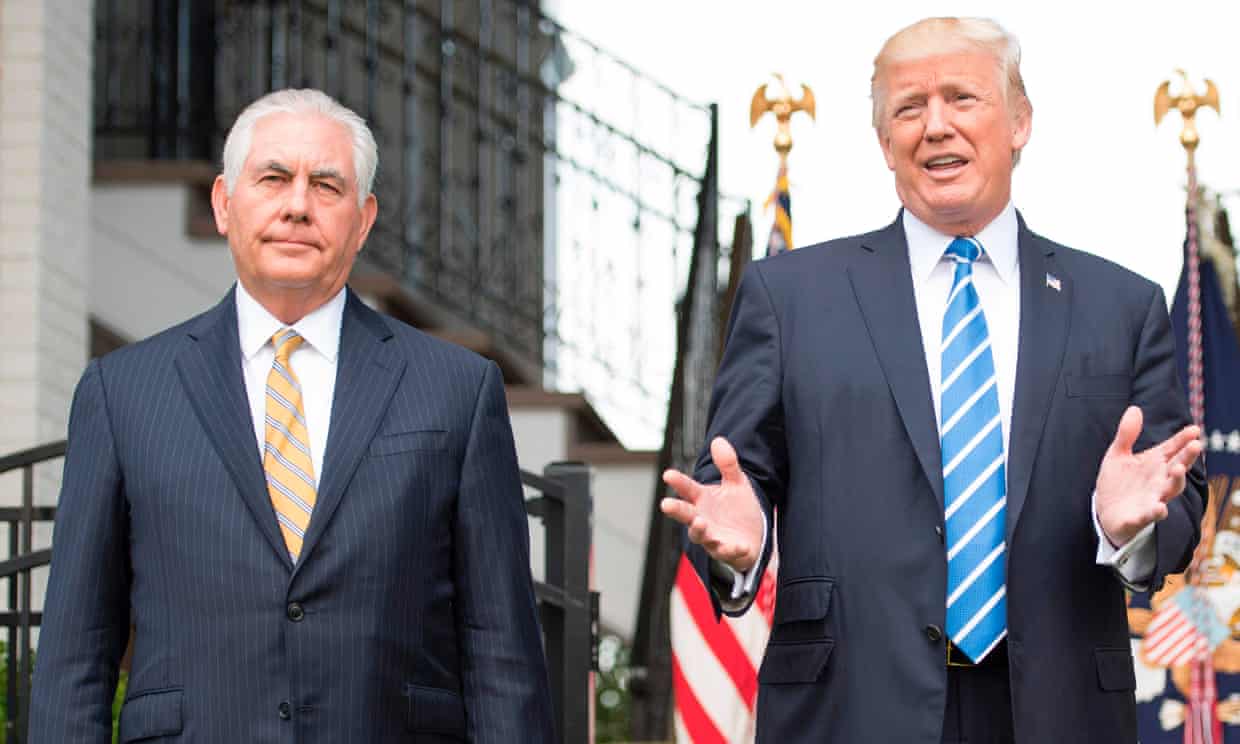 US secretary of state Rex Tillerson, left, is a proponent of geoengineering and once referred to climate change as “just an engineering problem”. Photograph: Jim Watson/AFP/Getty Images

Leading researchers and campaigners express concern that geoengineering research could be used as an excuse not to reduce CO2 emissions...

Leading climate scientists have warned that geoengineering research could be hijacked by climate change deniers as an excuse not to reduce CO2 emissions, citing the US administration under Donald Trump as a major threat to their work.

David Keith, a solar geoengineering (GE) expert at Harvard University has said there is a real danger that his work could be exploited by those who oppose action on emissions, at the same time as he defended himself and colleagues from the claims GE strengthens the argument for abandoning the targets set by the Paris climate agreement. 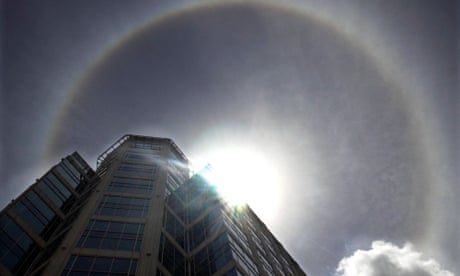 “One of the main concerns I and everyone involved in this have, is that Trump might tweet ‘geoengineering solves everything – we don’t have to bother about emissions.’ That would break the slow-moving agreement among many environmental groups that sound research in this field makes sense,” Keith said on the sidelines of the Climate Engineering Conference (CEC) in Berlin.

Indeed, utterances from people in or close to the Trump administration – most notably GE proponent secretary of state Rex Tillerson, who has referred to climate change as “just an engineering problem” – make it clear they either tacitly or directly support the idea of climate engineering.

Earlier this year, Keith, a professor of applied physics at Harvard announced plans to conduct an outdoor trial into stratospheric aerosol injection, involving launching a high-altitude balloon that will spray a small quantity of reflective particles into the stratosphere. Keith believes the experiment may help to measure the feasibility and risks involved in GE, an umbrella term for a range of techniques to deliberately adjust the climate in an effort to mitigate global warming.

They include reflecting sunlight from space, adding huge quantities of lime or iron to the oceans, pumping deep cold nutrient-rich waters to the surface of oceans and irrigating vast swaths of desert to grow trees.

Supporters of research into geoengineering argue that its techniques – roughly-speaking divided into carbon dioxide removal (CDR, or negative emission technologies) which removes greenhouse gases, and solar-radiation management (SRM or solar geoengineering) which reduces the amount of solar energy warming the planet – could help to lessen some of the consequences of climate change. However, the common consensus is that the techniques should be used in addition to reductions in CO2 emissions. 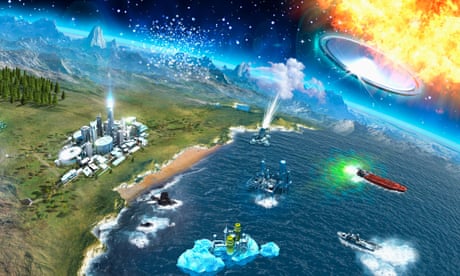 This week’s conference drew attention to the huge risks involved.

“All the techniques being proposed have potentially severe environmental impacts,” said Silvia Ribeiro of the ETC Group, leading campaign monitors of new technologies and their possible impact on the world’s poorest.

“They also ignore the question as to why there’s not enough political will to have done more to tackle climate change until now and they in turn serve to justify the inaction,” she added.

Concerns focus on techniques such as stratospheric aerosol injection, which some experts say has the potential to reduce the amount of rain from Asian and African monsoons and could have a devastating impact on the food supply of billions of people. Aerosol injection also has the potential to reduce the ozone layer and heighten the risk of exposure to ultraviolet radiation. Other possible side effects of GE may be an increase in ocean acidification, a change in weather patterns, a rapid rise in temperatures, and a huge uptake in the use of agricultural land, all of which could prompt mass migration of millions of climate change refugees. 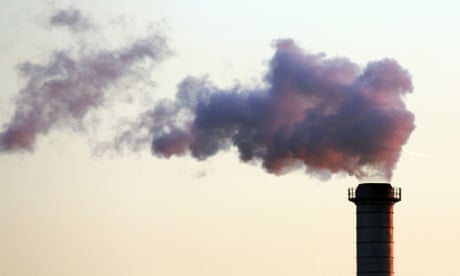 Geoengineering is fast and cheap, but not the key to stopping climate change. Read more...

But scientists such as Keith, and Mark Lawrence, scientific director of the Institute for Advanced Sustainability Studies (IASS) in Potsdam, argue that with the Paris agreement goals to limit temperature rise to two degrees or less, almost impossible to achieve, the world has little choice than to thoroughly explore technical intervention and the potential it has to avoid global disaster.

“It will be very difficult to achieve the Paris agreement calls without some form of climate engineering,” Lawrence said. “It’s not impossible, but it’s hard to imagine we would make the major changes in our infrastructure and lifestyles in the time necessary.”

“At the best climate engineering is a supplement, and it could be that we shouldn’t do it,” he insisted. “Our work is to inform better choices and it would actually be very useful to know for sure it didn’t work. Right now there are heads of state and others in leadership who are explicitly assuming it could work, that it’s there if we need it. But let’s say we found something deep in the climate models which suggested we were overoptimistic about solar geoengineering, then I would say ‘abandon it’. That would be great. I’d love to publish that.”