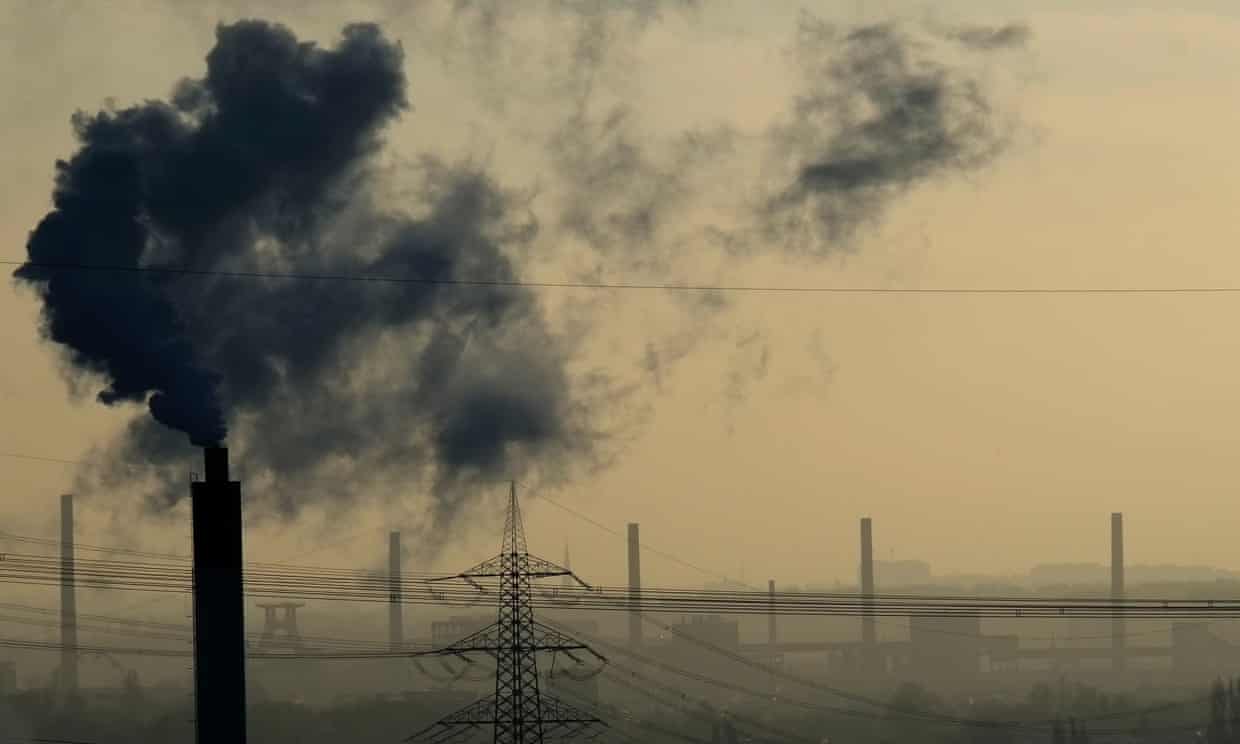 UN warns that drastic action is needed to meet climate targets set in the Paris agreement...

The concentration of carbon dioxide in the atmosphere increased at record speed last year to hit a level not seen for more than three million years, the UN has warned.

The new report has raised alarm among scientists and prompted calls for nations to consider more drastic emissions reductions at the upcoming climate negotiations in Bonn.

“Globally averaged concentrations of CO2 reached 403.3 parts per million (ppm) in 2016, up from 400.00 ppm in 2015 because of a combination of human activities and a strong El Niño event,” according to The Greenhouse Gas Bulletin, the UN weather agency’s annual flagship report.

This acceleration occurred despite a slowdown – and perhaps even a plateauing – of emissions because El Niño intensified droughts and weakened the ability of vegetation to absorb carbon dioxide. As the planet warms, El Niños are expected to become more frequent.

The increase of 3.3 ppm is considerably higher than both the 2.3 ppm rise of the previous 12 months and the average annual increase over the past decade of 2.08ppm. It is also well above the previous big El Niño year of 1998, when the rise was 2.7 ppm.

The study, which uses monitoring ships, aircraft and stations on the land to track emissions trends since 1750, said carbon dioxide in the atmosphere is now increasing 100 times faster than at the end of the last ice age due to population growth, intensive agriculture, deforestation and industrialisation.

The last time Earth experienced similar CO2 concentration rates was during the Pliocene era (three to five million years ago), when the sea level was up to 20m higher than now.

The authors urged policymakers to step up countermeasures to reduce the risk of global warming exceeding the Paris climate target of between 1.5C and 2C.

“Without rapid cuts in CO2 and other greenhouse gas emissions, we will be heading for dangerous temperature increases by the end of this century, well above the target set by the Paris climate change agreement,” World Meteorological Organisation chief Petteri Taalas said in a statement.

The momentum from the Paris accord in 2015 is faltering due to the failure of national governments to live up to their promises. In a report to be released on Tuesday, UN Environment will show the gap between international goals and domestic commitments leaves the world on course for warming well beyond the 2C target and probably beyond 3C. International efforts to act have also been weakened by US president Donald Trump’s decision to quit the accord.

Prof Dave Reay, professor of carbon management at the University of Edinburgh, said: “This should set alarm bells ringing in the corridors of power. We know that, as climate change intensifies, the ability of the land and oceans to mop up our carbon emissions will weaken. There’s still time to steer these emissions down and so keep some control, but if we wait too long humankind will become a passenger on a one-way street to dangerous climate change.”

“The numbers don’t lie. We are still emitting far too much and this needs to be reversed,” the head of UN Environment Erik Solheim said in reaction to the new report. “What we need now is global political will and a new sense of urgency.”

The report comes amid growing concerns that nature’s ability to deal with CO2 is weakening. Recent studies show forest regions are being cleared and degraded so rapidly that they are now emitting more carbon than they absorb.

“These large increase show it is more important than ever to reduce our emissions to zero – and as soon as possible,” said Piers Forster, director of the Priestley International Centre for Climate at the University of Leeds. “If vegetation can no longer help out absorbing our emissions in these hot years we could be in trouble.”

The World Meteorological Organisation predicted 2017 will again break records for concentrations of carbon dioxide and methane, but the growth rate will not be as fast because there is no El Niño effect.