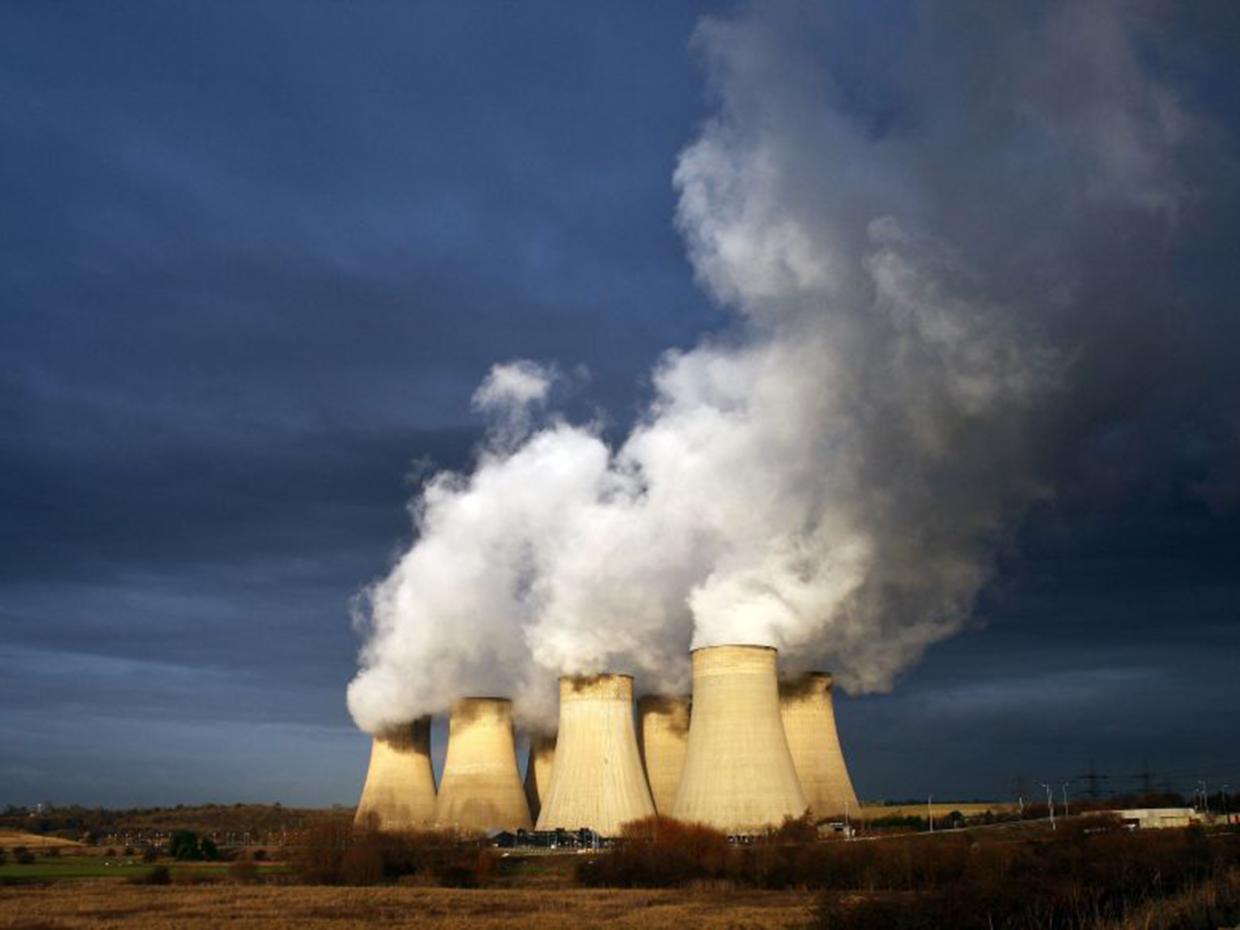 Despite emissions stalling, around 35 billion tonnes of CO2 from fossil fuels and industry are still being emitted each year PA

A renowned economist who helped persuade the world to start taking climate change seriously has warned the global economy could “self-destruct” if countries fail to ditch fossil fuels and embrace a clean, green, high-tech future.

Professor Lord Nicholas Stern was credited with bringing about a sea change in attitudes when he calculated the cost of failing to tackle the problem in 2006. While dealing with global warming would cost one per cent of the world’s gross domestic product, doing nothing would be up to 20 times more expensive, he concluded.

“The challenge is urgent: the investment choices we make even over the next two to three years will start to lock in for decades to come either a climate-smart, inclusive growth pathway, or a high-carbon, inefficient and unsustainable pathway,” said the report by The Global Commission on the Economy and Climate.

“The window for making the right choices is narrow and closing fast … The time is ripe for a fundamental change of direction.”

It called for an end to vast subsidies paid to support fossil fuels by 2025 “at the latest”, saying these represented “fundamental price distortions” in the market.

An estimated $550bn (about £430bn) in fossil fuel subsidies was paid out worldwide in 2014 “skewing investment away from sustainable options”, the report added.

There was also a need to “transform” the financial system to deliver “the scale and quality of investment needed”.

The report said a total of $90 trillion (£70 trillion) – about five times the US’s annual GDP – would have to be spent on infrastructure over the next 15 years, more than value of the entire amount that exists today.

This money could either be spent in the traditional “inefficient, sprawling and polluting” way or invested in a clean, low-carbon, high-tech future.

Speaking ahead of the report’s publication, Professor Stern, chair of the Grantham Research Institute on Climate Change and the Environment in London and also president of the British Academy, said building a green economy could help the world finally recover from the 2008 financial crash.

“The world is struggling to revive its growth, it’s never really picked up,” he said.

“What hasn’t been tried properly is strong investment in sustainable infrastructure – that’s the growth story of the future.

“This will set off innovation, discovery, much more creative ways of doing things.

"This is the story of growth, which is the only one available because any attempt at high-carbon growth would self-destruct.”

In the report, infrastructure was taken to include everything from energy, public transport, buildings, water supplies and sanitation to natural resources such as forests, wetlands and waterways.

“We will be more than doubling the infrastructure we already have,” Professor Stern said.

“If we build that as we have been building in the past, then we’ll have those cities where you cannot move, cannot breathe and cannot be productive.

“We’ll have locked in high-carbon infrastructure which would take away any chance of holding to well below two degrees [of warming]. That would be deeply damaging.”

He condemned the current levels of air pollution – much of it from transport, heavy industry and power stations that burn fossil fuels – in particular.

“We’re poisoning the lungs and health of the young people. In some places it’s like smoking a pack of cigarettes or more,” Professor Stern said.

“Air pollution is deeply problematic and it’s getting much worse. Currently around four million people are killed each year due to fossil fuel-related air pollution. This is clearly unsustainable.

“We’re damaging the lungs of the planet, forests, in a very strong way through climate change and emissions of greenhouse gases.”

Climate change protests around the world...

The report was published a day after the Paris Agreement on Climate Change reached the threshold of countries required to bring it into force as an international treaty, which will now happen next month.

The treaty saw nations agree a target of restricting global warming to as close to 1.5 degrees Celsius above pre-industrial levels as possible, a goal that looks unlikely as this is already at 1 degrees and global carbon emissions are still increasing.

Pledges to cut emissions made by countries at the Paris summit also would potentially lead to warming of up to 3.1 degrees, according to a paper published in the journal Nature. This scenario has been described as “catastrophic” for humanity.

However, Caio Koch-Weser, a former vice-chairman of Deutsche Bank and a member of the commission, said private investors could become an increasing factor – because those putting money into fossil fuels might one day find their investment is worthless.

He said he was a “strong believer” that shareholders could play a “critical role” in insisting companies spell out how they will adapt to a world where greenhouse gas emissions must be dramatically reduced.

“I see enormous potential here … stranded assets is one major motivator,” he said.

Among the international figures who praised the Stern Review in 2006 was Paul Wolfowitz, a US Republican who served as Deputy Defence Secretary under President George W Bush and was then president of the World Bank.

He described it as a “much needed critical economic analysis of the issues associated with climate change”.

However a politician once regarded as a right-wing neo-con recently said he “might have to vote for Hillary Clinton” instead of the Republican presidential candidate, Donald Trump.

Mr Trump has been described as a “threat to the planet” by world-leading climate scientist Professor Michael Mann.

The UK Department for Business, Energy and Industrial Strategy – which is responsible for climate change following Theresa May’s decision to scrap the dedicated department – said: “We are already upgrading the UK’s energy infrastructure with reliable, clean and affordable sources like nuclear and renewables so that everyone has access to the energy they need now and in the future.

“The UK’s commitment to tackling climate change, internationally and domestically, is as strong as ever as we push ahead with ratifying the Paris Agreement.”