GLOBAL 'GREENING' HAS SLOWED RISE OF CO2 IN THE ATMOSPHERE, STUDY FINDS... 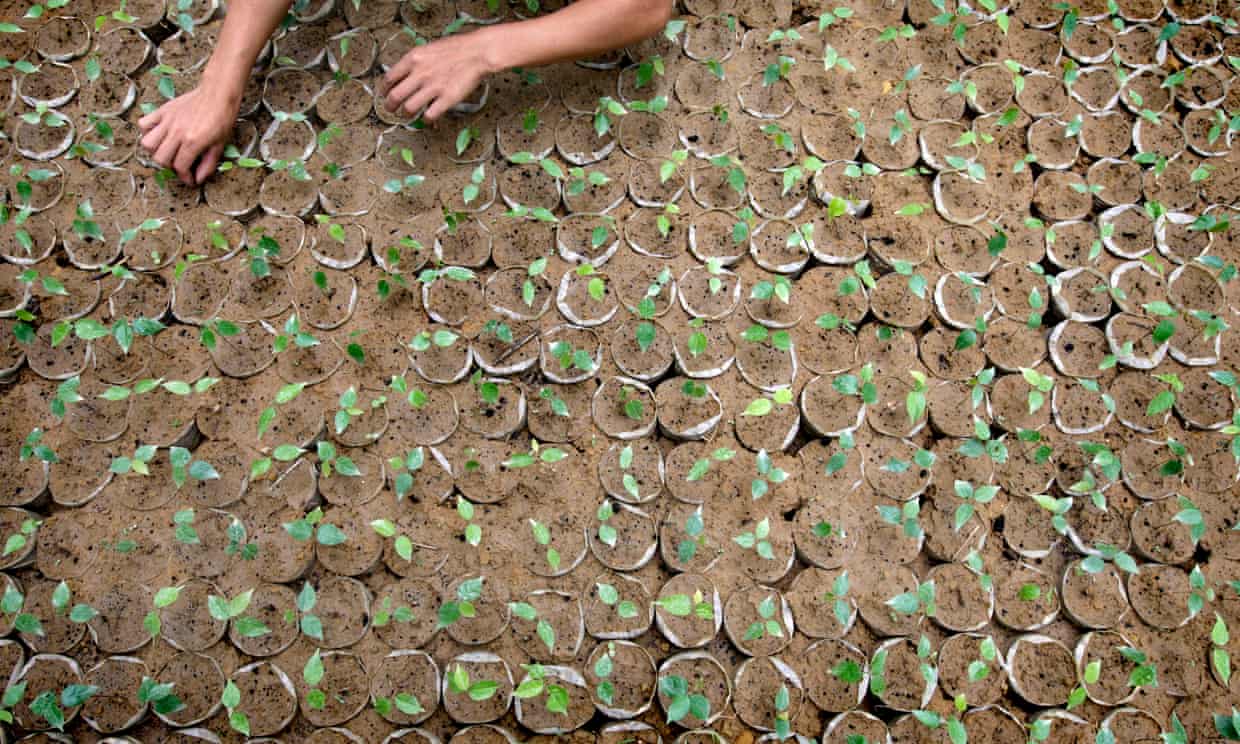 Increased growth of plants fertilized by higher CO2 levels is only partly offsetting emissions and will not halt dangerous warming, scientists conclude...

A global “greening” of the planet has significantly slowed the rise of carbon dioxide in the atmosphere since the start of the century, according to new research.

More plants have been growing due to higher CO2 levels in the air and warming temperatures that cut the CO2 emitted by plants via respiration. The effects led the proportion of annual carbon emissions remaining in the air to fall from about 50% to 40% in the last decade.

However, this greening is only offsetting a small amount of the billions of tonnes of CO2 emitted from fossil fuel burning and other human activities and will not halt dangerous global warming. “Unfortunately, this increase is nowhere near enough to stop climate change,” said Dr Trevor Keenan, at the Lawrence Berkeley National Laboratory in the US, who led the new work.

The absolute level of CO2 in the atmosphere is continuing to rise, breaking the milestone of 400 parts per million (ppm) in 2015, and rising temperatures continue to surpass records.

The World Meteorological Organisation (WMO) warned on Tuesday that 2011-15 was the hottest five-year period ever recorded and that climate change had increased the risk of half of extreme weather events, with some heatwaves made 10 times more likely by global warming.

The new study on global greening is published in Nature Communications by an international team of scientists who concluded cutting carbon emissions remains vital to preventing severe climate change.

“Enhanced carbon uptake by the biosphere to date has slowed the growth rate of atmospheric CO2 and our results [suggest] uptake has been especially strong recently,” they wrote. “Without effective reduction of global CO2 emissions, however, future climate change remains a stark reality.”

Prof Corinne Le Quéré, director of the Tyndall Centre at the University of East Anglia, who was not part of the new research, said: “Natural vegetation is a fantastic help in slowing down climate change by absorbing about a quarter of our carbon emissions from burning fossil fuels.

“Fundamentally though, this help is not enough to stop the planet warming – far from it – carbon emissions have to drop to almost zero to stop global warming.”

The scientists used extensive land, air and satellite data to assess how carbon uptake by plants has changed over recent decades and used modelling to help untangle the different factors underlying the changes. It has been unclear whether the fertilisation effect of higher CO2 levels for plants is outweighed by the harm caused to them by warming and droughts.

The researchers found that between 1960 and 2000 the rise of CO2 in the atmosphere was increasing every year, but that after 2000 the rate slowed to about the same increase every year. They found that the main factor was the higher CO2 levels, which were just 290ppm at the start of the last century, compared to 400ppm today.

Another factor was the slower rate of global temperature increase after 2000, the so-called “pause” during which more of the heat trapped by greenhouse gases went into the oceans than the air. This meant the increasing respiration of plants driven by rising heat was curbed, trapping more carbon.

Prof Chris Rapley, at University College London, said: “The researchers make it clear that this effect is almost certainly temporary. The ‘greening’ effect of CO2 will ultimately be overwhelmed by the plants’ own respiration and decay, which will cause even more CO2 to be released.”

The research also shows the importance of preserving forests and other ecosystems that absorb carbon, said Prof Dave Reay, at the University of Edinburgh: “The land and oceans have been bailing us out of dangerous climate change for decades. Unless key carbon sinks such as forests are better protected, the delicate green veil that has saved our worst climate blushes will be in tatters.”

The WMO submitted its new report to the UN climate change summit taking place in Morocco. “We just had the hottest five-year period on record, with 2015 claiming the title of hottest individual year. Even that record is likely to be beaten in 2016,” said WMO secretary-general, Petteri Taalas.

“The effects of climate change have been consistently visible on the global scale since the 1980s: rising global temperature, both over land and in the ocean; sea-level rise; and the widespread melting of ice,” he said. “It has increased the risks of extreme events such as heatwaves, drought, record rainfall and damaging floods.”