GLOBAL WARMING COULD SEE RISE IN TOXIC SHELLFISH THAT CAN LEAD TO MEMORY LOSS AND POTENTIALLY KILL...

A satellite image of the US West Coast taken in 2016 shows dark green colours near the continental margin, indicating blooms of phytoplankton, some of which produced toxins Image courtesy of Nasa’s earth observatory

Giant blooms of micro-algae that can produce a potent neurotoxin which gets into shellfish are increasing as the water warms, study finds...

Rising ocean temperatures are leading to a rise in shellfish infected with a potentially deadly toxin, according to new research.

There have been a number of vast blooms of algae — so large they can be seen from space — off the west coast of the US in recent years.

One nasty side effect is that some of them produce a potent neurotoxin called domoic acid, which then accumulates in shellfish, particularly filter feeders like razor clams.

If humans eat shellfish containing enough of the poison it can lead to seizures, memory loss or, on rare occasions, death.

​Domoic acid poisoning has also been linked to mass deaths of sea lions, dolphins, whales and other marine mammals.

In 2015, the value of the Dungeness crab fishery on the US west coast fell by nearly $100m after the one particular bad episode.

Now researchers working on a way to predict when these algal blooms will occur — so monitoring can be increased to spot the affected shellfish before they are sold for human consumption — have discovered a link with warmer ocean temperatures.

These occurred because of two natural weather processes, the El Niño effect and the Pacific Decadal Oscillation. 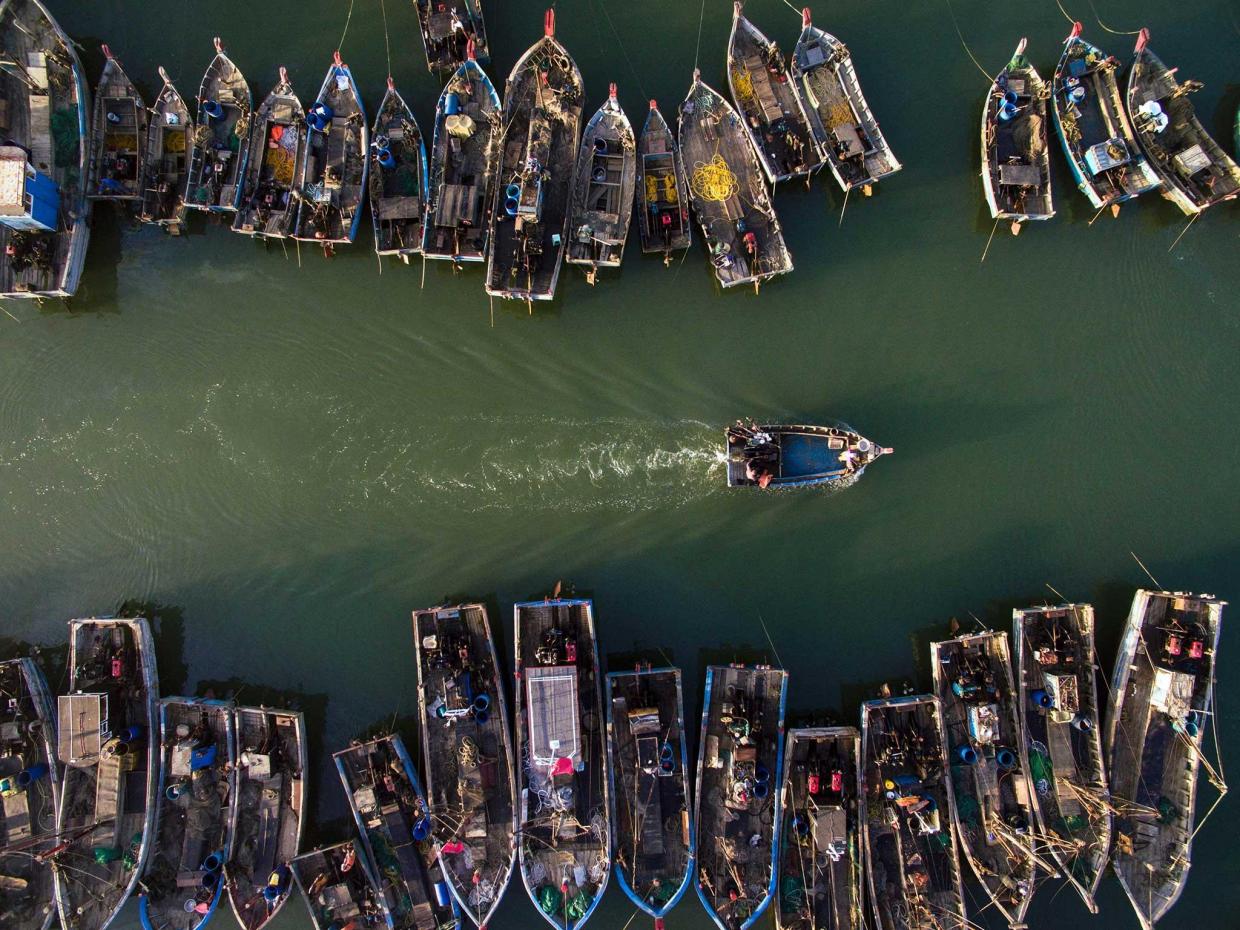 World's fishing fleet to catch 25 billion fewer fish a year by 2100 unless more is done to stop climate change...

However the scientists warned that if ocean temperatures rise because of global warming, this could lead to an increase in the numbers of poisonous shellfish.

One of the researchers, Bill Peterson, of the US National Oceanic and Atmospheric Administration (NOAA), said: "This study will help us determine if the increased climate-ocean variability we expect will lead to more widespread outbreaks like the West Coast-wide domoic acid event of 2015-16.

Domoic acid is produced by micro-algae called pseudo-nitzschia, which are eaten by anchovies, shellfish and other animals.

When these are eaten by humans, it can cause amnesic shellfish poisoning, also known as domoic acid poisoning, which was only identified as a public health risk in 1987.

Writing in the journal Proceedings of the National Academy of Sciences, the researchers said there findings were relevant to other parts of the world.

“Our observations reveal a common relationship: the warmer the ocean conditions, the more likely domoic acid is to surpass alert thresholds during upwelling season, and the more toxic and/or more widespread a domoic acid event has the potential to become,” they wrote.

“The risk parameters presented in this work as indicative of elevated domoic acid in shellfish … can be applied to future examination of relationships between warm regimes and domoic acid along the [US] West Coast, as well as other eastern boundary currents worldwide.”

And they said while the warming they had studied was a natural process, human-induced climate change may have a similar effect.

“If these warm ocean regimes become more persistent due to global warming, as some hypothesise, West Coast domoic acid events may also increase in persistence and frequency,” the researchers wrote.

They warned that the poison could linger in shellfish long after the algal bloom that caused it.

“Part of the concern is that a large influx of the plankton that produce domoic acid can have long-term impacts," said Morgaine McKibben, a PhD student at Oregon State University and lead author of the paper.

“For example, razor clams are filter-feeders that bioaccumulate this toxin in their muscles, so they take much longer to flush it out than other shellfish.

“The higher the toxin levels, the longer it takes for razor clams to be safe to eat again, perhaps up to a year after warm ocean conditions have subsided.”