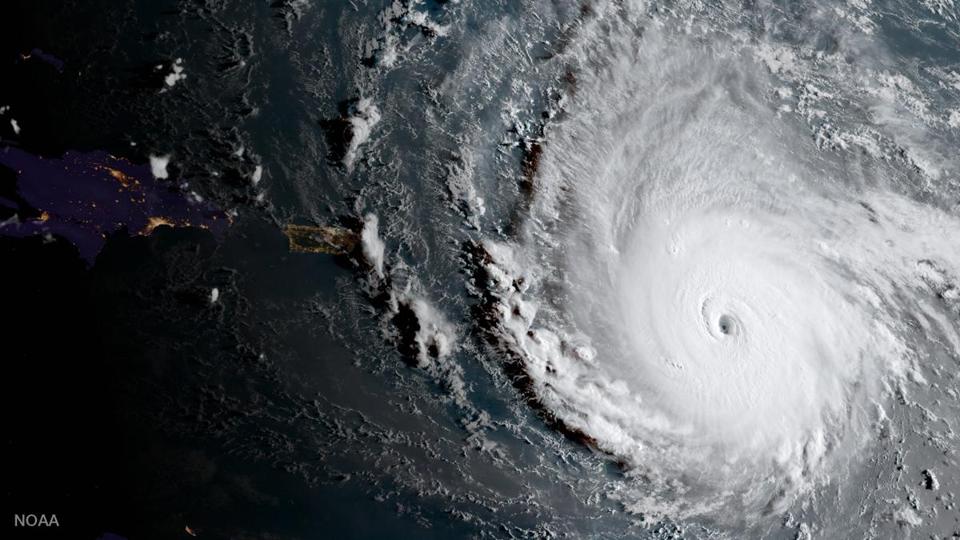 The rapid succession of Hurricane Irma, one of the most powerful storms ever recorded in the Atlantic Ocean, after the devastation of Hurricane Harvey is unusual, say scientists, who add warming oceans are likely to make such storms increasingly common in the coming decades...

“Global warming is tangibly increasing hurricane risks around the world,” said Kerry Emanuel, a professor of atmospheric science at the Massachusetts Institute of Technology. “The science is pretty confident about that.”

Hurricanes are the product of many variables, from the temperatures of oceans and the upper atmosphere to long-term, natural changes to ocean currents and water vapor. That makes it difficult to say conclusively that the one-two punch of Harvey and Irma — a Category 5 storm that threatens the Caribbean and possibly Florida with “potentially catastrophic’’ force — can be linked to global warming.

Since 1982, there have been 222 hurricanes in the Atlantic, 13 of which have been so powerful they became Category 5 storms, said Gabe Vecchi, professor of geosciences at Princeton University. Many of those storms came during periods of warmer ocean temperatures, such as in 2005, when there were four such powerful hurricanes, including Katrina and Rita. 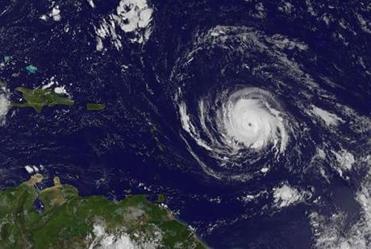 If Irma hits, US will still be recovering from Harvey

If Hurricane Irma turns toward the United States, some experts fear that government resources will be stretched thin.

“It’s normal to have storms this time of year, but to have this powerful of storms is not usual,” Vecchi said.

The World Meteorological Organization noted this week that Harvey intensified after crossing over unusually warm waters in the western Gulf of Mexico that were about 3.6 degrees above average.

The scientists found “no clear evidence” linking climate change to the hurricane but said that “some aspects or ingredients of the Harvey event may have linkages to climate change.”

The flooding from Harvey, which dropped nearly 52 inches of rain on some areas in southeast Texas, was “likely made more intense” by climate change, they said.

“This is a consequence of the tropical atmosphere generally holding more water vapor due to climate warming,” the scientists said.

Worst storms
As damage and losses mount from Hurricane Harvey, it will probably earn a place among the worst storms of the last two decades. Hurricane Irma, currently a Category 5 storm with sustained winds of 185 miles per hour and gusts exceeding 200 miles per hour, is predicted to reach the Miami area Sunday morning. If it strikes the area with this intensity, catastrophic damage and human suffering on a large scale are anticipated. 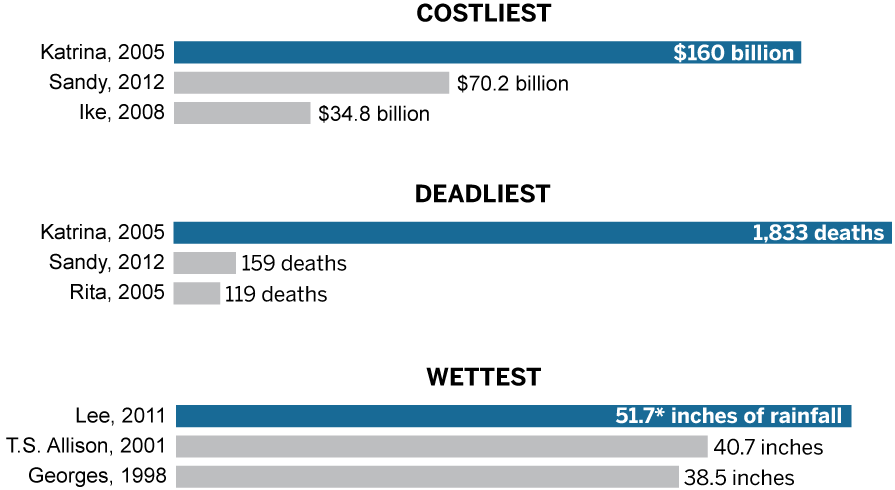 * Cedar Bayou, Texas, recorded total rainfall of 51.88 inches from Hurricane Harvey on Aug. 29, a new, unofficial continental US record. NOAA says it is too early to officially confirm that amount.

For every 1.8-degree increase in sea surface temperatures, there’s an increase of about 7 percent in water vapor in the atmosphere.

“This higher water vapor content leads to higher rainfall rates in hurricanes that have been simulated using climate models,” they said.

They noted that sea surface temperatures in the Gulf of Mexico increased by about 1 degree between 1873 and 2005.

“Model simulations also indicate that hurricanes in a warmer climate are likely to become more intense and that it is more likely than not that the frequency of Category 4 hurricanes like Harvey will increase over the 21st century,” the scientists said.

Their findings follow similar observations made in a landmark 2010 paper published by the journal Nature Geoscience, which found that hurricanes will likely increase in intensity between 2 percent and 11 percent by 2100.

The paper also found that the most intense storms will likely increase in frequency over that period, with as much as a 20 percent increase in precipitation within 62 miles of the center of those storms.

Tom Knutson, a research meteorologist at the National Oceanic and Atmospheric Administration and the lead author of that paper, said the larger concern is that future hurricanes are likely to hit when sea levels are higher, producing more devastating storm surge

“This is one of the reasons we should be concerned about ongoing sea level rise and the atmosphere holding more water vapor,” he said.

As powerful as the recent storms have been, they don’t indicate the planet has already crossed a line of no return, specialists say.

In fact, the warming of recent years had not corresponded with many serious hurricanes in the Atlantic. Average global temperatures in June set record highs in 2015 and 2016.

Yet increased hurricane activity had not followed the higher temperatures.

“The past few years have actually been fairly quiet for overall Atlantic hurricane activity,” said Phil Klotzbach, a research scientist in the Department of Atmospheric Science at Colorado State University.

That has changed this year, as waters that spawn hurricanes in the tropical Atlantic are about 2 degrees warmer than usual.

“This year is definitely more active than normal,” Klotzbach said.