GORE, DICAPRIO AND THE MEDIA: TOOLS IN TRUMP’S CLIMATE DECEPTION...

Trump’s meetings with Al Gore and Leonardo DiCaprio acted as a smokescreen while he prepared to appoint an EPA chief who will tear up US climate policy...

The nomination of a climate sceptic to lead the dismantling of the Environmental Protection Agency (EPA) has set fear amid the ranks of those who care about the environment.

But there is another reason to be alarmed. The circumstances leading to the appointment of Oklahoma attorney general Scott Pruitt reveal a sophisticated, well-executed deception that turned the media and high-level environmental activists into vassals for an end contrary to their own. It was all too easy.

The ground began being laid a fortnight before, in a seemingly convivial, but altogether unilluminating meeting with the New York Times. Trump was asked, but not pressed about his views on climate change.

He gave vague, non-committal answers, including his favourite, “I’m going to take a look at it” when asked about whether he was taking the US out of the Paris climate accord. 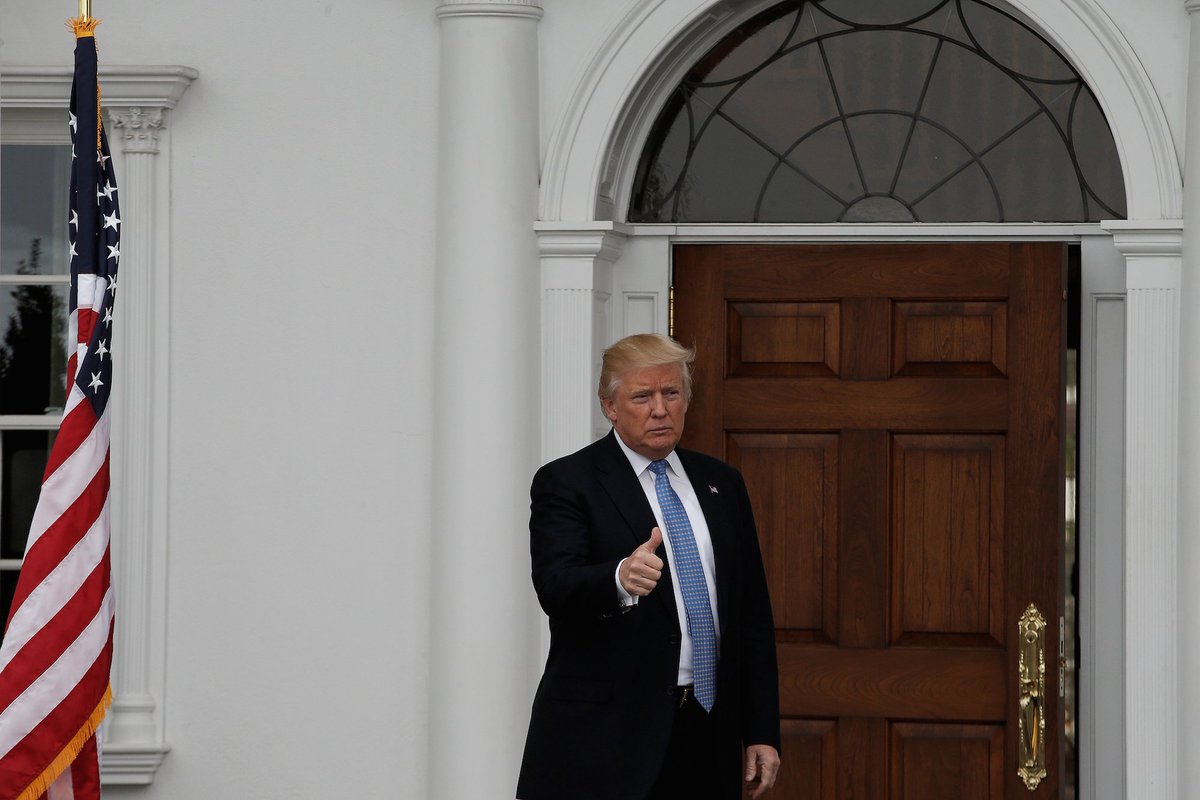 But two lines were reported over and over: “I have an open mind to it” and “I think there is some connectivity [between humans and climate change]”.

The second one of these he caveated heavily. The Times initially reported that the comments were a “turn away” from his previous stance that climate change was a hoax.

Many others picked up that line and the overall impression was a softening of a position that Trump has barely even had to adopt. In fact, Trump’s hoax comments come from a 2012 tweet.

The key to the fix appears to have been Ivanka Trump, the president-elect’s more sympathetic daughter. According to a Politco story on Wednesday last week, she was set to champion the cause of the climate to her father.

The story was based on a few asinine anecdotes about her hanging out with liberals and the assurances of a “source close to her”. Yet it was picked up and repeated by dozens of outlets. A few notable exceptions, including the Huffington Post, examined the report for what it was – unverified.

Four days later, former vice-president Al Gore appeared at Trump Tower as a climate emissary to meet with Ivanka Trump. Unexpectedly, the president-elect sat in on much of the meeting.

As Gore exited his meeting with Trump, he told reporters he had had an “extremely interesting” meeting, “a sincere search for areas of common ground”. This is the language diplomats use when everything is going to hell behind the scenes.

If the meeting had truly given him reason to think that Trump was serious in any way about climate change, Gore would have said so. Hoping to maintain his access and (perhaps imagined) influence, he had no choice but to offer platitudes.

All the media could take away was that a meeting occurred. The appearance was that Trump had jumped into his daughter’s meeting and was searching for information from a range of views. It was a bait and switch.

In reality, Trump’s policy on the environment, in particular the Environmental Protection Agency (EPA) and climate change, has not wavered since early in the Republican campaign when he promised to strip the federal regulator almost entirely.

That was proven on Wednesday when he nominated Pruitt, a climate sceptic, to lead the EPA.

On Thursday, the transition team released a statement which said Pruitt agreed with the president-elect that “we must rescind all job-destroying executive actions and eliminate all barriers to responsible energy production” and allow states run their environment.

“The American people are tired of seeing billions of dollars drained from our economy due to unnecessary EPA regulations, and I intend to run this agency in a way that fosters both responsible protection of the environment and freedom for American businesses,” said Pruitt.

But even as the nomination of Pruitt was leaked on Wednesday, Trump was preparing to meet with another climate warrior – Leonardo DiCaprio.

The meeting was again attended and almost certainly brokered by Ivanka Trump – whom DiCaprio had met a few days before and presented with a DVD of his climate documentary Before the Flood.

Liberal celebrities have been a fixture of Barack Obama’s tenure. From Bruce Springsteen to DiCaprio himself. Now Trump is using the same celebrities as a smokescreen.

Judd Legum, the editor of Thinkprogress, explained how on Wednesday night: “These meetings are the entertainment to distract you while [Trump] guts Obama’s climate policy

and enviro protections… [Gore] generated hundreds of headlines about how he’s potentially moderating his climate stance.”

9. These meetings are the entertainment to distract you while he guts Obama's climate policy and enviro protections http://thkpr.gs/e8ed87fa6346

10. It's working. Look at search interest on his meeting with Gore versus his actual appointment of Pruitt pic.twitter.com/luR2CHx9M4

The effect is that the media is left on the back foot. Politics is about controlling the narrative. Trump does that by muddying it. As ClimateWire point out, this will be vital in the coming months, as senate Democrats try to convince three moderate Republicans to reject Pruitt’s confirmation.

Legum points out that the strategy is being repeated again and again throughout the transition. With perhaps the most prominent example being his infamous dinner with Mitt Romney last week.

The supposed secretary of state candidate has a huge profile in the US as a moderate and detractor of the president-elect. So his apparent detente with Trump has been reported widely.

Meanwhile Trump is also considering a wealth of more extreme and unpalatable characters, including ExxonMobil chief Rex Tillerson, whom the Wall Street Journal reported on Tuesd

ay has ties to the Kremlin.

To repeat Legum’s exercise, below is the Google search activity for Trump-Romney and Trump-Tillerson. All this costs Trump, is the price of dinner.

The media and liberals have been complicit in Trump’s misdirection. Trump knows that fear of him is packaged within hope. People hope that he will be decent and honourable. That he will listen to the best envoys. He feeds that hope a pellet, while attaching a constriction band to its gut.

“We need to do better,” says Legum.