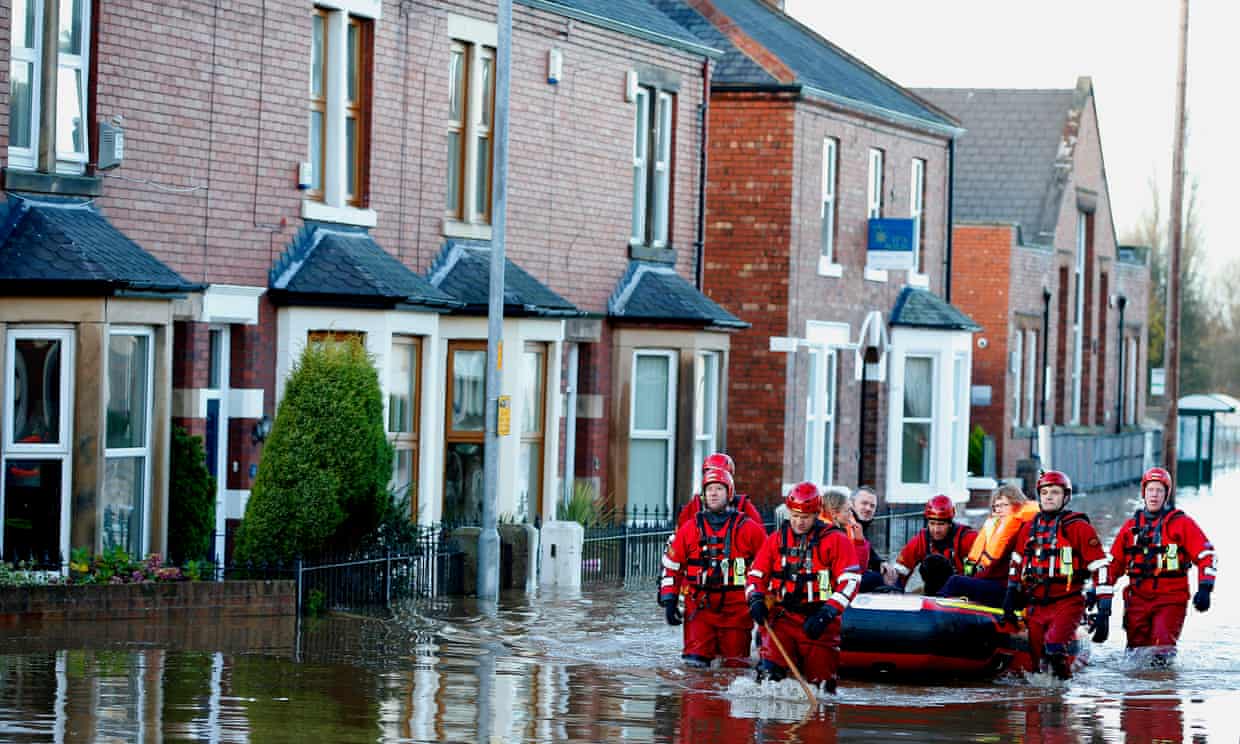 Rescue workers in Carlisle after Storm Desmond in December 2015. Flooding has been particularly costly for the UK in recent years. Photograph: Peter Byrne/PA

The government will outline the specific risks it believes Britain faces due to the impact of climate change, in a landmark report to be delivered early in the new year.

It will be the first response made by Theresa May’s administration to a major environmental concern and will have considerable implications for future green policy.

The UK climate change risk assessment – the first since 2012 – will spell out what the government believes are the major risks facing Britain as global warming continues.

This year the Committee on Climate Change, a body of experts set up under the Climate Change Act to advise the government, said Britain was poorly prepared for global warming. Likely impacts included deadly heatwaves, flooding and food and water shortages, it said.

“It will be very interesting to see how much the government accepts this view,” said Bob Ward, policy and communications director at the Centre for Climate Change Economics and Policy. “If it does then it will have to outline – within a year – how it intends to protect the nation. New coast defences, flood protection, water supply systems and other measures will be needed, and those won’t be cheap.” 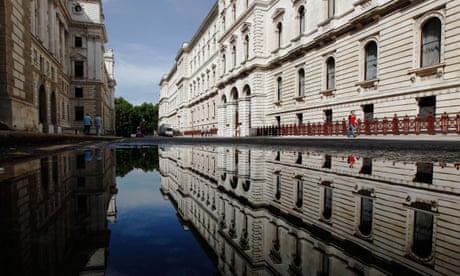 Flooding has already proved to be particularly costly for the UK in recent years. Six of the seven wettest years on record have occurred since 2000, and more than 5m homes in England – one in six of the total – are now considered to be at risk of flooding.

“The problem is that many people still do not understand the risks involved,” Prof John Krebs of Oxford University, a member of the climate change committee, told the Observer this year. “There is a standard line that an area might have one chance in every 100 years of being flooded. But there are dozens of such areas, so these chances accumulate, making it very likely that somewhere in Britain will be flooded every year. This makes the issue far trickier. It is a wider one than is realised.”

The government’s rating of this danger in next month’s climate change risk assessment report will be watched with intense interest. It is estimated that the annual cost to the nation of flooding will rise from about £340m at present to about £620m in 2050, when it is projected that 1.3m homes will be at high risk of flooding.

There are also fears that extremely hot summers – when people die of heat stress, and homes and public transport become extremely uncomfortable – could be typical by the middle of the century. This will be a particular issue for hospitals and care homes, which are not designed to cope with overheating. In addition, many are in flood-prone areas.

Apart from flooding, heatwaves and drought, several other areas of risk are also being assessed:

• Freshwater supplies, which could be disrupted as temperatures continue to rise.

• New pests and diseases and invasive non-native species of plants and animals.

• Disrupted trade and possible military intervention fuelled by wars and migration around the world, stoked by climate change.

The forthcoming report will be watched with special interest because the coalition government that preceded the current Tory administration halved spending on measures aimed at mitigating the impact of climate change. The then environment secretary, Owen Paterson, was viewed as a climate change sceptic.

The report will be followed by another in 2018 in which the government will outline the specific measures that will be needed to protect the nation against the dangers it has outlined.