GOVERNMENT 'TRIED TO BURY' ITS OWN ALARMING REPORT ON CLIMATE CHANGE... 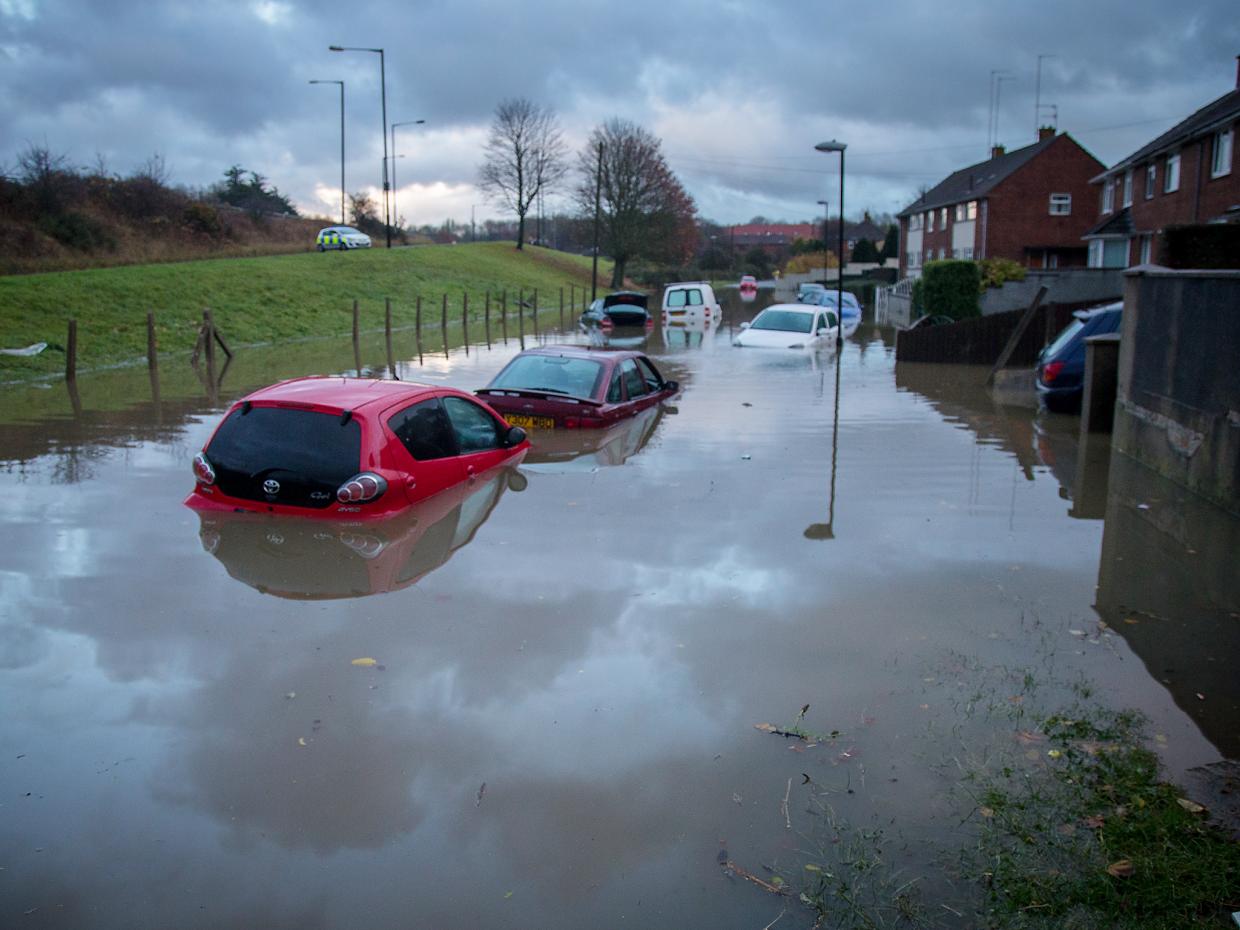 In the report, the Government said high-risk issues that needed to be addressed included the damage expected to be caused by flooding. credit: Getty

Exclusive: The five-yearly assessment of what will happen to the UK as the world warms says one of an array of potential threats is the ‘significant risk’ to supplies of food...

The Government has been accused of trying to bury a major report about the potential dangers of global warming to Britain – including the doubling of the deaths during heatwaves, a “significant risk” to supplies of food and the prospect of infrastructure damage from flooding.

The UK Climate Change Risk Assessment Report, which by law has to be produced every five years, was published with little fanfare on the Department for Environment, Food and Rural Affairs’ (Defra) website on 18 January.

But, despite its undoubted importance, Environment Secretary Andrea Leadsom made no speech and did not issue her own statement, and even the Defra Twitter account was silent. No mainstream media organisation covered the report.

One leading climate expert accused the Government of “trying to sneak it out” without people noticing, saying he was “astonished” at the way its publication was handled.

In the report, the Government admitted there were a number of “urgent priorities” that needed to be addressed.

It said it largely agreed with experts’ warnings about the effects of climate change on the UK.

These included two “high-risk” issues: the damage expected to be caused by flooding and coastal erosion; and the effect of rising temperatures on people’s health. 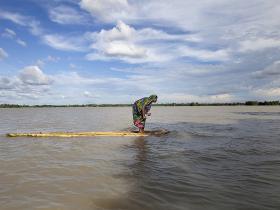 The report concluded that the number of heat-related deaths in the UK “could more than double by the 2050s from a current baseline of around 2,000 per year”.

It said “urgent action” should be taken to address overheating in homes, public buildings and cities generally, and called for further research into the effect on workers’ productivity.

The Government also recognised that climate change “will present significant risks to the availability and supply of food in the UK”, the report said, partly because of extreme weather in some of the world’s main food-growing regions.

The report also said the public water supply could be affected by shortages and that the natural environment could be degraded.

Bob Ward, policy and communications director at the Grantham Research Institute on Climate Change and the Environment in London, said he was “astonished” at the way such a report had been slipped out.

“Defra did very little to publicise it – they didn’t even tweet about it,” he said.

“It’s almost as if they were trying to sneak it out without people realising. I have no idea what they were thinking.

“They should have made a much bigger issue of it – at the very least Andrea Leadsom should have been promoting it heavily with a major speech. 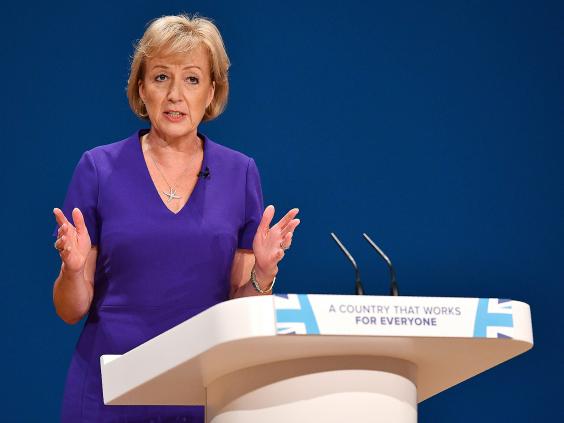 “Why she couldn’t make a speech to draw attention to the need to recognise the risks, I don’t know.”

Mr Ward said it was important for members of the public to realise what was at stake.

“There can be no excuses for not taking the issue of climate resilience seriously,” he said.

If the UK was left vulnerable to the changes that result from global warming, it could harm the economy, Mr Ward said.

“You wouldn’t want to build a new factory here if there was a danger of it being flooded.”

He added there appeared to be a “muddled approach to climate adaptation at the heart of Government”.

Dr Doug Parr, chief scientist at Greenpeace UK, said the report made clear that climate change was “one of the biggest security threats” faced by the UK and that urgent action was required.

“So it's somewhat troubling that ministers decided to sneak out this vital assessment, produced only every five years, the day after the Prime Minister's Brexit speech. Neither Defra nor the Environment Secretary thought it even worth a tweet,” he said.

Commenting on the Government report, scientists said the risks posed by climate change were serious and growing.

Professor Joanna Haigh, an expert in atmospheric physics at Imperial College London, said: “We have to remember that our civilisation has developed to thrive in a particular climate and as this changes it is throwing up all sorts of challenges to our way of life.

“We can adapt to some impacts of climate change, as the Government’s risk assessment shows – but only if we keep climate impacts within reasonable bounds by reducing carbon emissions.”

She said informing the public about the potential dangers was a “hugely important thing to do”.

“A lot of people talk about global warming and think it’s just the world going up by a degree or two and that ‘doesn’t really seem too much’,” she said.

“But when you think about the actual impacts on the ground and on people, it’s actually quite serious.

“Should the public be aware of these sorts of issues? Absolutely yes. These things are actually going to hit people, it’s going to affect you in your daily work, health and life.

“It’s affecting food production across the world, so all our supply chains will be up the spout.”

And Professor Hugh Montgomery, director of the Centre for Human Health and Performance at University College London, said extreme weather events such as flooding and heatwaves were a “direct health risk particularly to the elderly and infirm”.

“People in the health community are becoming increasingly alarmed by the threats that climate change pose to human health, and rightly so,” he said.

“If we get it right, our efforts to tackle climate change avoid some of these risks, and directly benefit health: renewable power doesn't generate health-damaging pollutants, for example, while walking or cycling improves health and reduces emissions from cars which is a major problem in many of our cities.”

Commenting on the report, Defra Minister Lord Gardiner said: “Our changing climate is one of the most serious environmental challenges that we face as a nation and that is why we are taking action, from improving flood defences across the country to securing our critical food and water supplies.

“The latest assessment will help us develop our long-term programme to tackle these risks so we can continue our work to protect the nation better today and for future generations.”

A Government source said a news story was published on the official Government online channel, gov.uk, which was “standard practice” for such a report.

“We don’t flag every report we publish on gov.uk or elsewhere to media,” the source added.

If you would like to share this blog story on Facebook with one easy click, scroll down to the very bottom of this page and look for the SHARE button along with the Facebook LIKE button under the "Sign up to Learn About & Help End Global Warming” boxed area where people enter their email address. You do not need to enter any email address to use the one click Facebook SHARE button.
Get more of The Global Warming Blog. Bookmark this page and signup for the blog’s free RSS Feed. Sign up for free Global Warming Blog by clicking here. You will automatically be emailed a regular summary of the latest global warming headlines.
To learn about more about global warming, climate change or greenhouse gases as well as the causes, consequences, solutions, definitions, facts and tipping points related to these subjects, click here.
To see our most current positions, opinions, comments, agreement or disagreement with this article, and/or possible criticisms related to the subjects or facts raised in the above article, click here.  Then look for those subjects in the navigation links at the top the page.
To sign a critical petition for declaring an international global warming State of Emergency, click  here!
Do you like this post?
Tweet