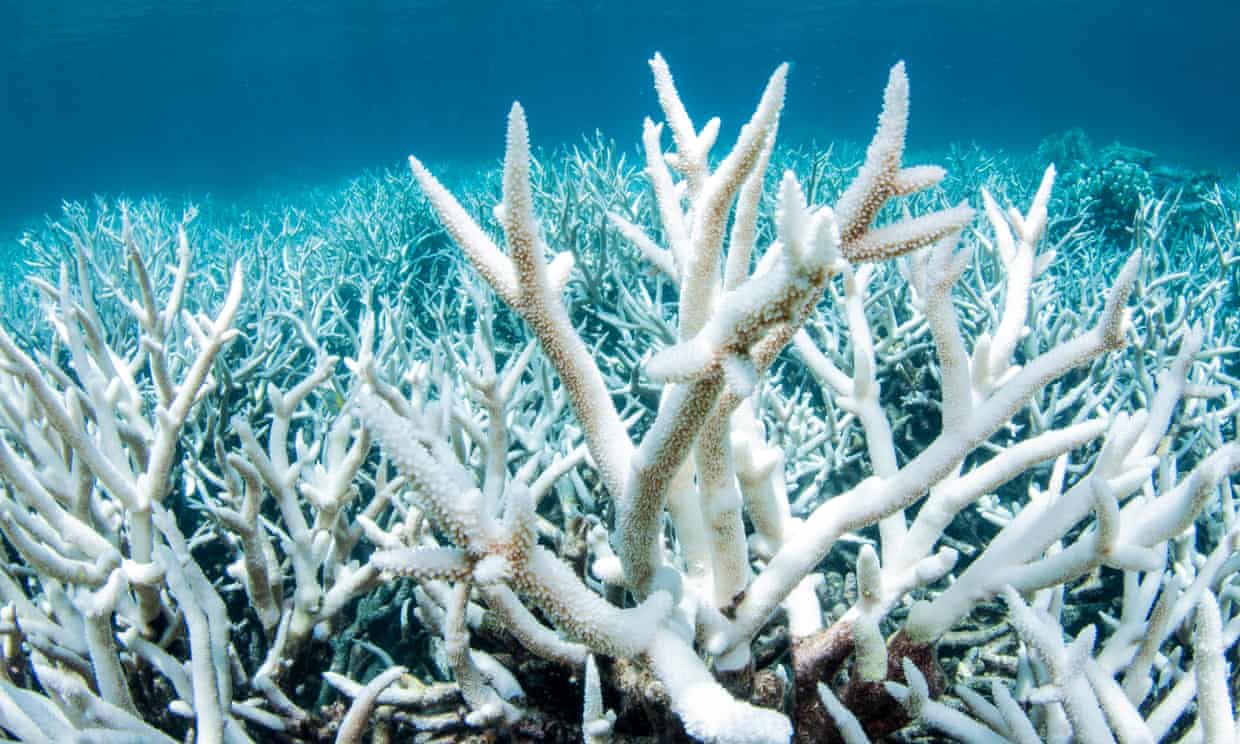 A mass bleaching event is taking its toll on the Great Barrier Reef for an unprecedented second year in a row, a Queensland government agency has confirmed.

The Great Barrier Reef Marine Park Authority has declared widespread damage from an underwater heatwave after a single day of aerial surveys between Cairns and Townsville on Thursday.

The authority’s David Wachenfeld told the ABC the survey findings “regrettably” gave the agency enough evidence to declare another mass bleaching event, following the worst to date in 2016 which killed off 22% of coral.

A repeat of mass bleaching compounds fears for the survival of already-stressed coral, whose recovery since 2016 has been challenged by stubbornly high sea surface temperatures, including through winter.

The scale of bleaching will be confirmed through further surveys by the agency and reef scientists but it is likely to take at least six months before the death rate of coral is known.

Wachenfeld said the agency’s survey added to “quite a few reports through our early warning system, the eye on the reef program”.

While the more remote northern section of the reef was hardest-hit last year, coral bleaching has been recently documented in areas further south more commonly visited by tourists.

Photos and footage taken by marine biologist Brett Monroe Garner at a reef between Port Douglas and Cairns indicate severe bleaching of corals he said were “full of colour and life” little over a month ago. 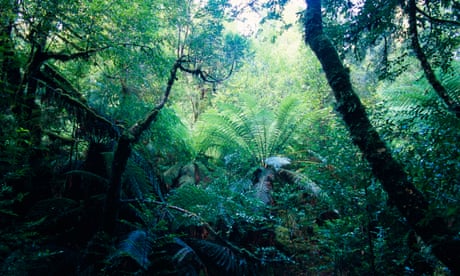 Garner, who has been documenting the bleaching with Greenpeace, said: “I’ve been photographing this area of the reef for several years now and what we’re seeing is unprecedented.

“In these photos nearly 100% of the corals are bleaching and who knows how many will recover? Algae is already beginning to overgrow many of the corals.

“Just a few months ago, these corals were full of colour and life. Now, everywhere you look is white. The corals aren’t getting the chance to bounce back from last year’s bleaching event. If this is the new normal, we’re in trouble.”

The images, released by Greenpeace on Friday, add to what the US National Oceanic and Atmospheric Administration described last month as reports of “scattered coral bleaching along a large stretch” of the reef, from Mackay in the south to the far north.

Wachenfeld said the extent of bleaching compared to last year was less important than the fact that “the climate is changing and that is bringing a much greater frequency of extreme weather events to the Great Barrier Reef”.

“In total, those extreme weather events and the overall impact of climate change is a major threat to the future of the reef.”

WWF oceans campaigner Richard Leck said he was “shocked and saddened by what is unfolding”.

“Scientists warned that without sufficient emissions reductions we could expect annual mass bleaching of the Great Barrier Reef by 2050,” he said. “Consecutive bleaching events have arrived 30 years early.”

“Vlasoff Cay used to have the best coral diversity in the area,” Fitzpatrick said.

“Now with the water sitting at 32 degrees all the way to the bottom, the corals are dying. Many are already dead and covered in algae.”

“The reef is facing an imminent danger of mortality at a level that far exceeds last year over a greater geographical distance.”

Pictures of newly bleached coral were taken in recent weeks at Moore Reef, near Cairns, by the reef scientist Tyrone Ridgway, as well as by divers further south near Palm Island. 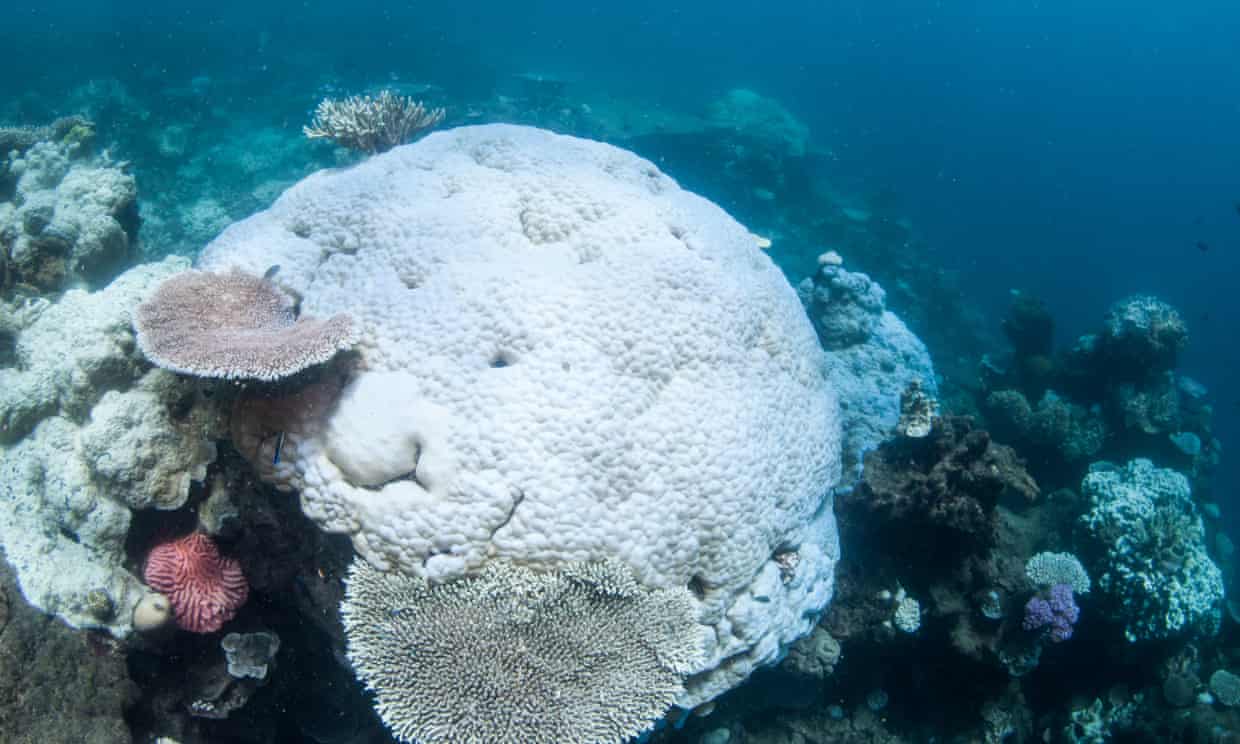 Images released by Greenpeace add to what the US National Oceanic and Atmospheric Administration has described as reports of ‘scattered coral bleaching along a large stretch’ of the reef. Photograph: Brett Monroe Garner / Greenpeace

The bleaching has prompted Terry Hughes, a leading reef scientist at James Cook University who is also with the National Coral Bleaching Taskforce, to embark on a week-long aerial survey of the reef from next Wednesday.

The survey will replicate one last year that drew global attention to the extent of damage to the natural wonder.

He said indications from underwater thermometers were that although sea surface temperatures were lower than this time last year, they had been above average over the last year, including through winter.

Big tourism must demand action to save the reef – its business depends on it...

The coral may die in the six to 12 months after bleaching, meaning the level of mortality on the reef will not be determined until later in the year.

The world heritage-list reef was spared an “in danger” listing by Unesco in 2015 but environmental groups argue it remains on the organisation’s “watch list”.

The Australian and Queensland governments, which are obliged to show how they are jointly managing the reef’s long-term conservation, acknowledge climate change is its main threat.

The Queensland Labor government, which is focused on improving water quality after its bid to pass tree-clearing laws to curb emissions – a key plank of Australia’s reef conservation plan – failed, has urged its federal counterpart to price carbon.

However, the federal environment minister, Josh Frydenberg, at the start of a review of the government’s climate change policies earlier this year, was forced to rule out pricing carbon after a brief internal revolt.

The Greenpeace campaigner Alix Foster Vander Elst said the Australian and Queensland governments should rethink their support of the giant proposed Adani coalmine, given its potential contribution to climate change.

“We have on our doorstep the clearest signal that climate change is happening, and that governments aren’t moving fast enough to stop it,” Elst said. “Tackling climate change is the only real solution here and that starts by stopping public funding for climate-killing coal projects.”

Get New Climageddon book:
Click here for a new book about the global warming emergency and what you can do.