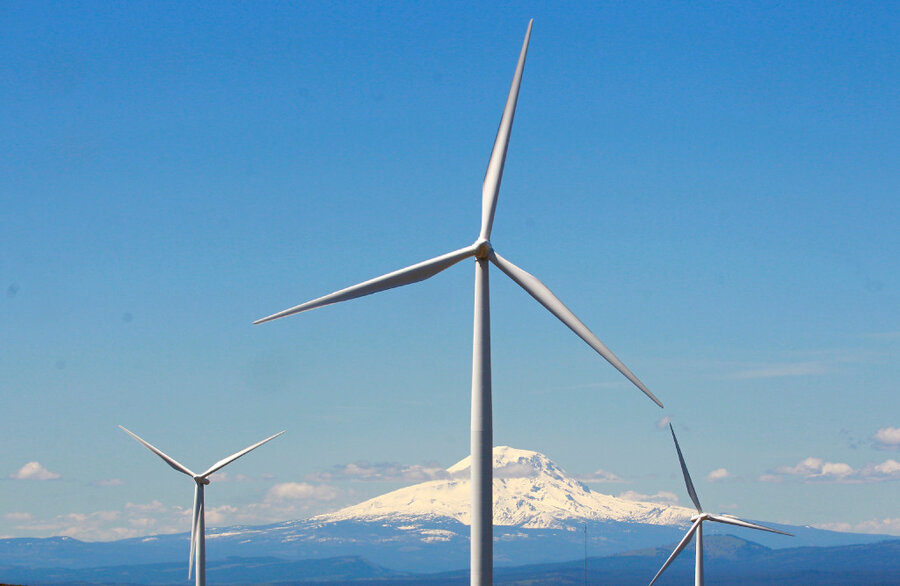 For the first time, the costs of wind and solar power have dropped to match those of fossil fuels. Environmental advocates hope that could make businesses more likely to opt for renewable energy sources when calculating their costs...

December 26, 2016 —Businesses might not find bargains by turning to fossil fuels in 2017, according to a new report.

Solar and wind power costs have dropped, bearing price tags that are the same as or cheaper than fossil fuels in more than 30 nations as of the end of this year, according to a World Economic Forum (WEF) report published last week. As the cost of generating energy from these renewable, clean sources has become competitive with coal and natural gas production, green energy advocates hope business and investors across the globe could shift their attitude toward environmentally-friendly initiatives, with more focusing their attention and dollars away from fossil fuel production.

"Renewable energy has reached a tipping point – it now constitutes the best chance to reverse global warming," Michael Drexler, who leads infrastructure and development investing at the WEF, a Swiss nonprofit foundation, said in a statement. "It is not only a commercially viable option, but an outright compelling investment opportunity with long-term, stable, inflation-protected returns."

While high costs previously led some companies to steer clear of the evolving and experimental energy industries, price cuts and advances have begun to entice more investors. Much of these gains stem from increased efficiency, with solar panel yields jumping from 15 percent to 22 percent in the past five years, according to the report, and wind turbine efficiency increasing from 25 percent to 50 percent within the last decade.

The shift comes just a year after investments in renewable energy passed those in fossil fuels. In 2015, some $285 billion flooded the industry, with Asia leading the pack, according to the WEF.

Left-leaning voters and politicians have long championed eco-friendly initiatives and called for increased investments in new power technologies, but by ushering in savings, some hope the initiatives could garner bipartisan support in both the public and private sectors.

After the Obama administration's emphasis on conservation and curtailing fossil fuels, in an effort to fight the affects of climate change, President-elect Donald Trump won the support of many in the fossil fuel industry with his vows to boost coal production and revive economics in some Rust Belt states. But many investors are pushing the new administration to reconsider its campaign promises, with more than 350 business leaders and investors joining together last month to declare support for clean energy and increased regulations for emissions.

"Failure to build a low-carbon economy puts American prosperity at risk. But the right action now will create jobs and boost US competitiveness," 365 companies and investors wrote in the open letter to the next White House.

In the United States alone, more than 300,000 people work in the wind and solar industries, which amounts to a cohort about five times the size of the coal sector. The industries also shifted their own political donations in 2016 campaigns, according to a Reuters analysis of federal campaign disclosures, bringing concerns of environmentalists to GOP candidates and championing the business benefits associated with the developing technologies.

"The hope is to partner with and educate new appointees (in Trump's administration) and point out the facts, and then we'll see," Tom Werner, the chief executive of SunPower, told Reuters.

Many also hope that the private sector will take advantage of dropping costs, determining the future of energy through their own choices.

“We have seen a glimpse of the future,” Tom Eggert, a senior lecturer at the University of Wisconsin-Madison and the executive director of the Wisconsin Sustainable Business Council, told The Christian Science Monitor last month, after 365 companies penned a letter to the president-elect, encouraging him to support low-carbon policies. “The future is that federal and state governments will not be playing as much of a leadership role in the sustainability space as private corporations.”

This report contains material from Reuters.

Amanda Hoover
@amahoover
Amanda joined the Monitor's staff as an intern in September 2016. A graduate of Northeastern University and native of Philadelphia, she has previously written for Boston.com and Boston magazine, and has interests in politics, international affairs, and the environment.
source: http://www.csmonitor.com/
original story HERE
If you would like to share this blog story on Facebook with one easy click, scroll down to the very bottom of this page and look for the SHARE button along with the Facebook LIKE button under the "Sign up to Learn About & Help End Global Warming" area where people enter their email address. You do not need to enter any email address to use the one click SHARE button.
Get more of The Global Warming Blog. Bookmark this page and signup for the blog’s free RSS Feed. Sign up for free Global Warming Blog by clicking here. You will automatically be emailed a regular summary of the latest global warming headlines.
To learn about more about global warming, climate change or greenhouse gases as well as the causes, consequences, solutions, definitions, facts and tipping points related to these subjects, click here.
To see our most current positions, opinions, comments, agreement or disagreement with this article, and/or possible criticisms related to the subjects or facts raised in the above article, click here.  Then look for those subjects in the navigation links at the top the page.
To sign a critical petition for declaring an international global warming State of Emergency, click  here!