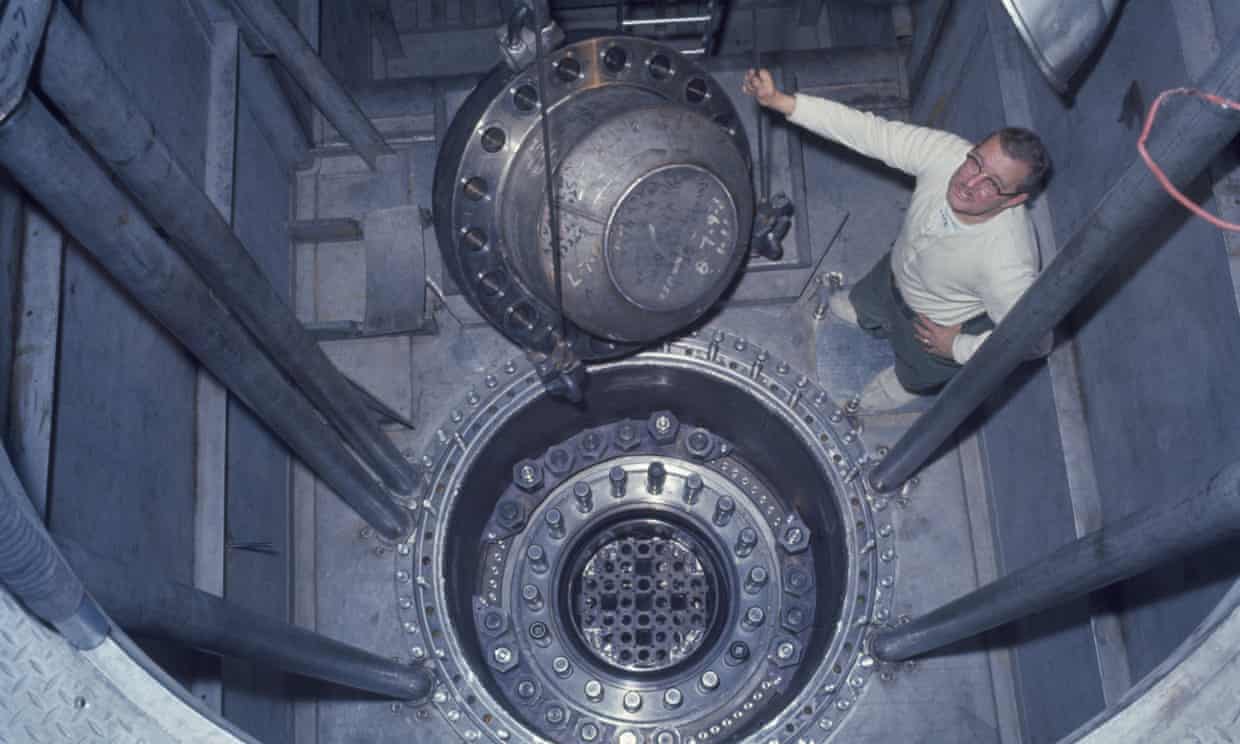 Camp Century – part of Project Iceworm – is an underground cold war network that was thought to have been buried forever...

A top-secret US military project from the cold war and the toxic waste it conceals, thought to have been buried forever beneath the Greenland icecap, are likely to be uncovered by rising temperatures within decades, scientists have said.

The US army engineering corps excavated Camp Century in 1959 around 200km (124 miles) from the coast of Greenland, which was then a county of Denmark.

Powered, remarkably, by the world’s first mobile nuclear generator and known as “the city under the ice”, the camp’s three-kilometre network of tunnels, eight metres beneath the ice, housed laboratories, a shop, a hospital, a cinema, a chapel and accommodation for as many as 200 soldiers.

Its personnel were officially stationed there to test Arctic construction methods and carry out research. Scientists based at the camp did, indeed, drill the first ice core samples ever used to study the earth’s climate, obtaining data still cited today, according to William Colgan, a climate and glacier scientist from the Lassonde school of engineering at Toronto’s York University, and the lead author of the study.

In reality, the camp served as cover for something altogether different - a project so immense and so secret that not even the Danish government was informed of its existence.

“They thought it would never be exposed,” said Colgan. “Back then, in the 60s, the term global warming had not even been coined. But the climate is changing, and the question now is whether what’s down there is going to stay down there.”

The study suggests it is not.

Project Iceworm, presented to the US chiefs of staff in 1960, aimed to use Camp Century’s frozen tunnels to test the feasibility of a huge launch site under the ice, close enough to fire nuclear missiles directly at the Soviet Union. 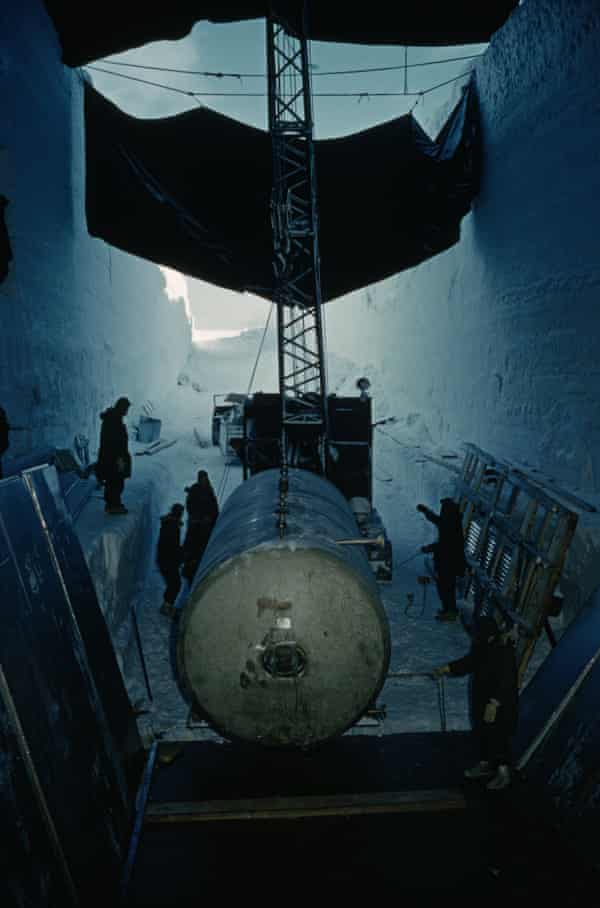 At the height of the cold war, as the US and the USSR were engaged in a terrifying standoff over the deployment of Soviet missiles in Cuba, the US army was considering the construction of a vast subterranean extension of Camp Century.

A system of about 4,000 kilometres of icy underground tunnels and chambers extending over an area around three times the size of Denmark were to have housed 600 ballistic missiles in clusters six kilometres apart, trained on Moscow and its satellites.

Eventually the engineers realised Iceworm would not work. The constantly moving ice was too unstable and would have deformed and perhaps even collapsed the tunnels.

From 1964 Camp Century was used only intermittently, and three years later it was abandoned altogether, the departing soldiers taking the reaction chamber of the nuclear generator with them.

They left the rest of the camp’s infrastructure – and its biological, chemical and radioactive waste – where it was, on the assumption it would be “preserved for eternity” by the perpetually accumulating snow and ice.

Thus far their assumption has proven correct. Up to 12 metres deep at the time it was abandoned, the ice covering Camp Century has since thickened to around 35 metres and will continue to deepen for a while yet.

Climate change, however, looks certain to reverse that process, Colgan and his six-strong team from Canadian, US and European universities said in their report, which was published last month in Geophysical Research Letters.

Greenland’s temperatures broke new records this spring and summer, hitting 24C (75F) in the capital, Nuuk, in June – a figure that shocked meteorologists so much they had to recheck their measurements.

Between 2003 and 2010, the ice that covers much of the island melted twice as fast as during the whole of the 20th century. This year it began melting a month earlier than usual.

The researchers studied US army documents and drawings to work out how deep the camp and its waste – estimated to include 200,000 litres of diesel fuel, similar quantities of waste water and unknown amounts of radioactive coolant and toxic organic pollutants such as PCBs – were buried.

Then they ran regional and global climate change simulations to work out how much longer they would remain interred. Based on the “business as usual” climate change scenario, Colgan said, snowfall would continue to be greater than ice melt for a few more decades. “But after that, melt will be greater than snow. Every year, another layer of ice will be removed. Our estimate is that by 2090, the exposure will be irreversible. It could happen sooner if the magnitude of climate change accelerates.”

Once that starts to happen, the question of who is responsible for the clear-up – already the subject of discussion – will become more pressing, the report said, presenting “an entirely new form of political dispute resulting from climate change”.

With no established agreement on the question, the report says the “multinational, multi-generational” problem posed by Camp Century and its waste could become a source of tension between the US, Greenland and Denmark.

Denmark allowed the US to build Camp Century and other bases on Greenland in a 1951 agreement, but it is not clear how much it was told about the work being done there or the waste left behind. Complicating matters further, Greenland became largely self-governing in 1979.

Vittus Qujaukitsoq, Greenland’s foreign minister, said he was concerned about the camp’s future and determined to establish responsibility. His Danish counterpart, Kristian Jensen, has said the issue was being examined in close contact with Greenland.

The Pentagon has said it “acknowledges the reality of climate change and the risk it poses” for Greenland, adding that the US government has pledged to “work with the Danish government and the Greenland authorities to settle questions of mutual security”.