GROSS MISINFORMATION ABOUT GLOBAL WARMING AND OUR FUTURE... 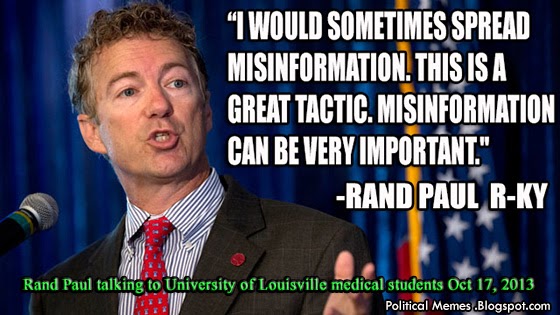 By late 2017, it became clear to our non-profit global warming educational organization that the global warming authorities in charge of the 2016 Paris climate conference agreement had grossly misinformed the public. Their failure to warn the public of the true severity of current and future global warming consequences was just the latest offense in a continual chain of misinformation...

1. is still manageable (in the sense that we currently are and will continue to make steady necessary progress in lessening global warming for the foreseeable future so we are safe)

3. consequences will not be too severe from now until 2100. And, from what we are being told in popular media,

Nothing listed in 1-4 above could be farther from the truth!

In fact, the public has no idea that we have managed escalating global warming so poorly for the last 35 years that it has now become irreversible with horrific consequences arriving far sooner than we are being told and, it will stay irreversible at both current and future higher levels for hundreds to thousands of years!

Our unfortunate current state does not mean everything is hopeless and that there is nothing we can do. But it does mean we are already in a extremely serious crisis and we have little remaining time left to prepare for the coming catastrophes and adapt to the massive climate changes that are getting worse every year.

Related:The lies behind the Paris climate accord...

How important is understanding and dealing with the escalating global warming emergency now?

Other than for the occurrence of an immediate global thermonuclear war, irreversible global warming has now become humanity's single greatest security threat and future economic, political and social stability disruptor. It has also become the single greatest threat multiplier for humanity's other biggest global problems (as described here.)

If we do not immediately take action, unconscionable suffering and death will become a reality for as much as 70-90 percent of the world's total population in as little as the next 30 to 50 years.

This will occur because the rapidly approaching consequences like massive food crop failures, mass starvation and death will happen on increasingly larger scales. Unless we take action now, we will also soon face severe economic, political, and social collapses at most local, regional, national and international levels.

The unfortunate, widespread, and gross misinformation of the public about how bad global warming has become has occurred in significant part because of:

2. unconscionable groupthink illusions and delusions used and held by our global warming authorities at the Paris Climate Conference concerning possibilities of currently nonexistent atmospheric carbon removal technologies, which may or may not be discovered and successfully implemented until sometime after 2050! (See Wikipedia contributors. "Bio-energy with carbon capture and storage," Wikipedia, The Free Encyclopedia. https://en.wikipedia.org/w/index.php?title=Bio-energy_with_carbon_capture_and_storage&oldid=801806293 (accessed January 18, 2018).)

Instead of being honest with the public and telling us we needed to immediately make difficult and costly fossil fuel use reductions and sacrifices for ourselves, our children, and future generations, the world's leading global warming authorities took the cowardly and easy way out. As the essential part of their calculations for the critical reductions of fossil fuel carbon pollution in our atmosphere, our global warming authorities have included, used, and even relied upon the projected potential effects of currently non-existing atmospheric carbon removing technology. (See Abby Rabinowitz and Amanda Simson. “The Dirty Secret of the World’s Plan to Avert Climate Disaster.” Wired. December 10, 2017. https://www.wired.com/story/the-dirty-secret-of-the-worlds-plan-to-avert-climate-disaster/)

Inventing this atmospheric carbon removal "miracle cure" occurring sometime after 2050 was the only way to force their current atmospheric carbon reduction calculations to ever work to keep global warming at or below the acknowledged and very dangerous 2° celsius level by 2100. (See Jason Hickel. “The Paris climate deal won’t save us – our future depends on de-growth.” The Guardian. July 3, 2017. https://www.theguardian.com/global-development-professionals-network/2017/jul/03/paris-climate-deal-wont-work-our-future-depends-degrowth)

A. not currently existing,

B. being all but impossible to scale up adequately in time for removing such massive amounts of atmospheric carbon, which are conservatively currently estimated at about 100 gigatons just to keep us below a 2 degree celsius temperature rise. (1 Gigatonne or metric gigaton (unit of mass) is equal to 1,000,000,000 metric tons. 100 gigatons would equal 100 billion metric tons.)

C. potentially having so many catastrophic projected side effects that would make their desperate use to save us at the last minute far worse than the original problem they were intended to solve!

The near-complete reliance upon these non-existent new technologies by the world's global warming authorities to miraculously save us at the last moment is both irresponsible and irrational beyond belief! These projections and calculations are especially unconscionable because the very future survival of humanity is held in the balance by the validity of these calculations.

Worse yet, these illusionary calculations have given the public a false sense of safety. They have stolen the necessary and accurate sense of urgency about the real dangers that are here today, not sometime off in the second half of the 21st century.

Without the correct sense of urgency, the public has been prevented from both understanding and making the critical changes that should have been made decades ago to prevent the current global warming emergency. (The new Climageddon book published by Job One for Humanity describes in detail all of the dangerous groupthink illusions and delusions currently held by the world's leading global warming authorities.)

3. the complexity of the global climate: the massive number of interconnections, interactions, interdependencies, tipping points and nonlinear reactions within the climate's many complex adaptive systems and subsystems making the big picture crisis of falling into irreversible global warming all but invisible to all but a few scientists and big data analysts capable of processing such massive data complexity.

The following article was researched and written by the staff of Job One for Humanity.