A view of the Marathon Texas City Refinery as rain from Hurricane Henry floods a road on Saturday in Texas City, Tex. (BRENDAN SMIALOWSKI/AFP/Getty Images)

With at least nine dead and thousands displaced by floodwaters, the full extent of the damage wrought by --Hurricane Harvey --  the biggest storm to hit the U.S. mainland in more than a decade -- is just beginning to be tallied...

Nothing quite like Harvey has hit the United States before.The National Weather Service said Harvey is "unprecedented & all impacts are unknown & beyond anything experienced.” The administrator of the Federal Emergency Management Agency said it is probably the worst disaster in Texas history.

But beyond the human toll — which, as it should be, is the immediate concern of both first responders and the reporters covering them -- three questions hang over the hurricane fallout.

How hard was Houston’s oil and gas infrastructure hit? To what extent did climate change exacerbate this storm? And finally, born out of those first two, there’s a final question: What will be the political fallout?

"This is not like anything we have ever seen before:”

Houston markets itself  as the energy capital of the world. Many of the largest firms in the oil and gas sector, including Phillips 66, are based there. And many more, including ExxonMobil and Dutch Royal Shell, own huge refining complexes along the region's coastline. Houston's petrochemical industry turns crude oil and other raw materials drawn from around the Western Hemisphere into gasoline and other petroleum products to be shipped as far away as Asia.

We have some idea of the short-term impacts. The storm has:

But the long-term impacts to the oil and gas sector— how badly, if at all, that infrastructure is damaged —  have yet to be assessed. An extremely prescient piece by ProPublica and The Texas Tribune last year lays out the risk flooding poses to the Texas Gulf Coast petroleum industry:

Flooding is the most disruptive type of damage an industrial plant can experience from a hurricane. Salty ocean water swiftly corrodes critical metal and electrical components and contaminates nearby freshwater sources used for operations. Even plants that aren’t flooded would likely have to shut down because they depend on storm-vulnerable infrastructure — electric grids, pipelines, roads and rail lines. [After a direct-hit storm] the Ship Channel itself — a crucial lifeline for crude imports and chemical exports — would probably be littered with debris and toxins, officials say. It would have to be cleaned up before ships and tankers could move safely again.

We may already be seeing the first signs of some of that environmental fallout. As The New Republic’s Emily Atkin reports, “ ‘[u]nbearable’ petrochemical smells are reportedly drifting into Houston.”

“It was certainly worsened by it:”

Because of its unprecedented nature, the storm has again reopened the debate over the link between climate change and hurricanes.

Wow - Now experts are calling #Harvey a once in 500 year flood! We have an all out effort going, and going well!

But it would be wrong to conclude that climate change “caused” this storm.

“Attributing a particular event to anything, whether it’s climate change or anything else, is a badly posed question, really,” MIT climate scientist Kerry Emanuel told The Post’s Chris Mooney, who literally wrote the book on the connection between hurricanes and climate change.

The question Did climate change cause Harvey? isn’t really the right one. The better way to frame thinking about the connection is through the question: Does climate change make storms like Harvey more likely?

In several respects, the answer is yes. Here's why:

Perhaps the best way to think about the connection is like a general. In the U.S. military, climate change is regarded as a “threat multiplier” — a force that makes existing risks to world peace, like droughts and floods that can trigger wars, worse.

Put another way: Hurricanes will form in the Gulf of Mexico during August with or without any greenhouse gas emissions. But climate change makes those storms more dangerous.

“We can’t say that Hurricane Harvey was caused by climate change,” Michael Mann, a climate scientist at Penn State, wrote in The Guardian. “But it was certainly worsened by it.”

In the coming weeks and months, environmentalists, scientists and their elected Democratic allies will politicize the storm.

And why not? After all, politics is, according to one classic definition, “who gets what, when, and how.” And right now, the Trump administration wants to give very little to government programs designed to mitigate or adapt to the effects of climate change. As Eric Holthaus, a meteorologist and writer at Grist tweeted:

Be wary of those that caution against "politicizing" Harvey. Our choices--development, social supports, climate change--are what led to this

Be wary of those that caution against "politicizing" Harvey. Our choices--development, social supports, climate change--are what led to this

If we don't talk about the social context of Harvey, we won't be able to prevent future disasters. It's our moral duty to talk climate *now*

But already, we’re seeing signs that such demands will be reframed as insensitive point-scoring while Houston is still inundated. As Trump ally and Milwaukee County Sheriff David A. Clarke, Jr., tweeted: 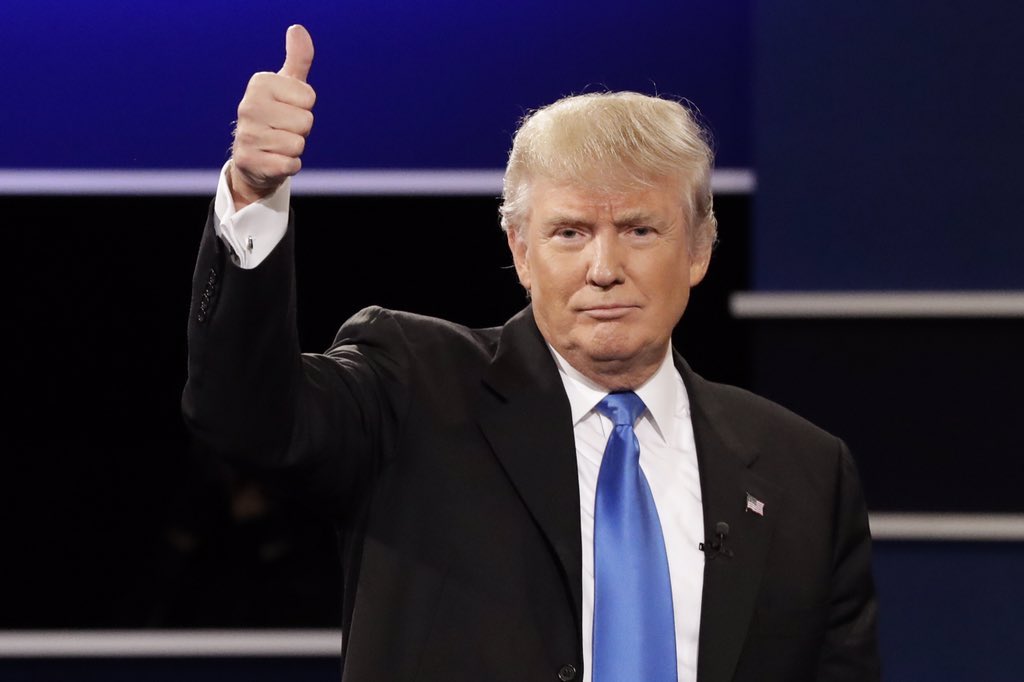 The deranged lib left is soiling their underwear in excitement over politicizing Tropical Storm Harvey to use against @realDonaldTrump. MAGA

Even with the city still underwater, disaster-relief politics are underway. As Vox's David Roberts points out: "Recall that 20 members of the Texas congressional delegation, who are now desperately requesting help, voted against federal aid to New York City in the wake of Hurricane Sandy."

Unlike so many GOP leaders, many of the oil and gas firms operating in Houston at the very least publicly acknowledge the legitimacy of today's climate science. Republicans who, to various degrees, are not persuaded by the large body of evidence telling us the burning of fossil fuels — like those refined and transported in and around Houston — are warming the planet may have to answer some hard questions.

Both some Republicans and Democrats have a message to those GOPers who don't see the connection between events like Harvey and climate change:

From Bruce Bartlett, who served in the administrations of Ronald Reagan and George H.W. Bush:

Republicans may not believe in global warming, but surely they can see that higher temperatures will lead to more evaporation & more rain.

How will GOP explain to our kids that it failed to combat climate change or prepare for its impacts because it denied basic facts?