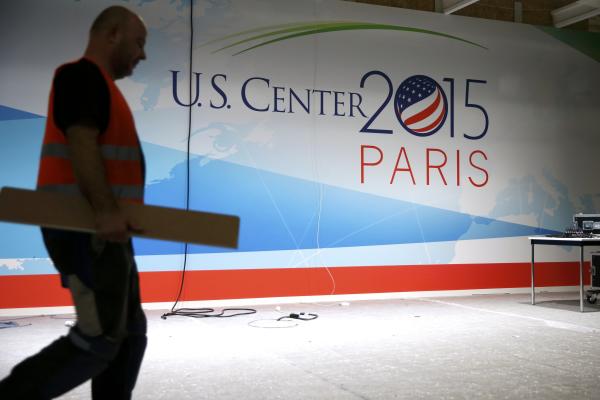 Men work on the site where the upcoming COP21 World Climate Summit will be held at Le Bourget, near Paris, France, November 19, 2015. Reuters/Benoit Tessier

Heads of state invited to climate talks in Paris starting on Nov. 30 have confirmed they will attend even after the Nov. 13 attacks by Islamic State militants that killed 130 people, a French presidency source said.

"None of the heads of state or government has cancelled," the source told Reuters, adding that 138 leaders were expected on the opening day of the U.N. Climate Change conference that runs until Dec. 11.

Some 40,000 to 45,000 people are expected to attend the event, also dubbed COP21, which will be held at Le Bourget, north of Paris, a conference management source said.

French Prime Minister Manuel Valls said on Monday that no foreign leaders had asked France to postpone the summit, a move he said would amount to "abdicating to the terrorists".