HERE IS THE WEATHER FORECAST FOR THE NEXT FIVE YEARS: EVEN HOTTER... 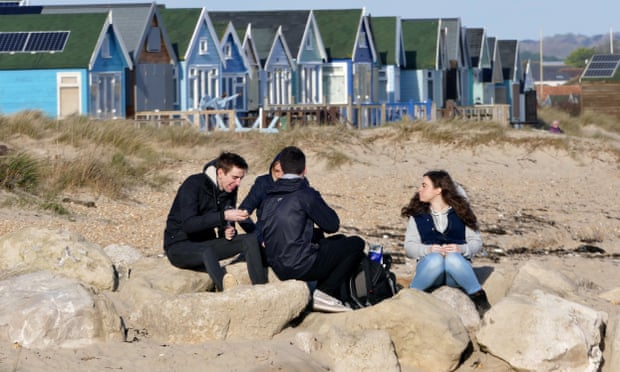 Global temperatures will continue to soar over the next 12 months as rising levels of greenhouse gas emissions and El Niño combine to bring more record-breaking warmth to the planet.

According to the Met Office’s forecast for the next five years, 2016 is likely to be the warmest since records began. Then in 2017 there will be a dip as the effects of El Niño dissipate and there is some planet-wide cooling.

But after that, and for the remaining three years of the decade, the world will continue to experience even more warming. The forecast, which will be released this week, is the first such report that the Met Office has issued since it overhauled its near-term climate prediction system last year.

The current El Niño – a meteorological event in which a band of warm water develops in the Pacific Ocean around the equator – is about to peak. However, global warming associated with the event normally lags several months behind that peak and as a result, 2016 could be even hotter that 2015, the warmest year on record.

Some global warming deniers have claimed that the current El Niño alone was responsible for making last year a record one, with the effects of carbon emissions being irrelevant. But Smith rejects these claims.

“We have had El Niños before,” he said. “The one in 1997-98 was particularly intense. Nevertheless, global temperatures were less then than they were in 2015 – and that is because background heating caused by increasing carbon dioxide levels in the atmosphere are higher today than they were in 1997-98.”

However, the end of the current El Niño and the possible triggering of a La Niña event – an extensive cooling of the central and eastern tropical Pacific Ocean – is likely to bring a temporary halt to rising global temperatures, according to the Met Office.

As a result, 2017 is likely to see a dip in global temperatures. “We can be pretty sure there will be a drop that year,” added Smith.

After that, temperatures could start to rise again over the rest of the decade. “Whether one of these years – 2018, 2019, 2020 – overtakes 2016 in terms of temperature is very hard to predict at this stage,” said Smith. “We are looking quite far into the future, after all.”

One reason for such uncertainties is a lack of precise knowledge about the heating of the oceans. “If you want to measure climate change you need to have precise information about the total energy of the planet and most of that is stored in the ocean,” said Smith. “Recently temperature rises on the land slowed and people said global warming had stopped. That was never true. The ocean heat content went up all the time.”

In a bid to improve information about ocean warming trends, scientists have deployed robot floats – part of the international Argo measuring system – that record temperatures and salinity to depths of 2,000 metres. Now a new generation of Argo devices is to be deployed and will reach depths of 5,000 metres. “That should provide crucial data that will help us make more accurate forecasts,” added Smith.

The release of the Met Office study comes as another group of scientists revealed research that shows the last 30 years were probably the warmest Europe has experienced in more than two millennia. An international team used tree ring records and historical documents to reconstruct yearly temperatures going back 2,100 years and discovered there was no period as warm as the last 30 years.