President Donald Trump withdrew from the Paris agreement on Thursday, citing concerns that the agreement was bad for the economy and job creation. Trump’s position was likely about coal and campaign promises. Trump said he would potentially renegotiate the—voluntary—agreement in the future. However, the business community did not particularly welcome the announcement...

Tesla (TSLA) and SpaceX CEO Elon Musk, who had threatened to leave the president’s advisory council, confirmed he would in a disapproving tweet.

Am departing presidential councils. Climate change is real. Leaving Paris is not good for America or the world.

As a matter of principle, I've resigned from the President's Council over the #ParisAgreement withdrawal.

GM (GM) said CEO Mary Barra would remain on the council, according to a Reuters reporter.

Council member Ginny Rometty of IBM (IBM) does not tweet, but IBM told the Hill that she would remain in the advisory council: “We believe we can make a constructive contribution by having a direct dialogue with the Administration – as we do with governments around the world.”

Today's decision is a setback for the environment and for the U.S.'s leadership position in the world. #ParisAgreement

The CEO of GE (GE), Jeff Immelt, tweeted his disappointment. (He is not on the council, but former GE CEO Jack Welch is. Welch has not issued any statements.)

Disappointed with today’s decision on the Paris Agreement. Climate change is real. Industry must now lead and not depend on government.

Mark Benioff, CEO of Salesforce.com (CRM), tweeted that he was “deeply disappointed.” 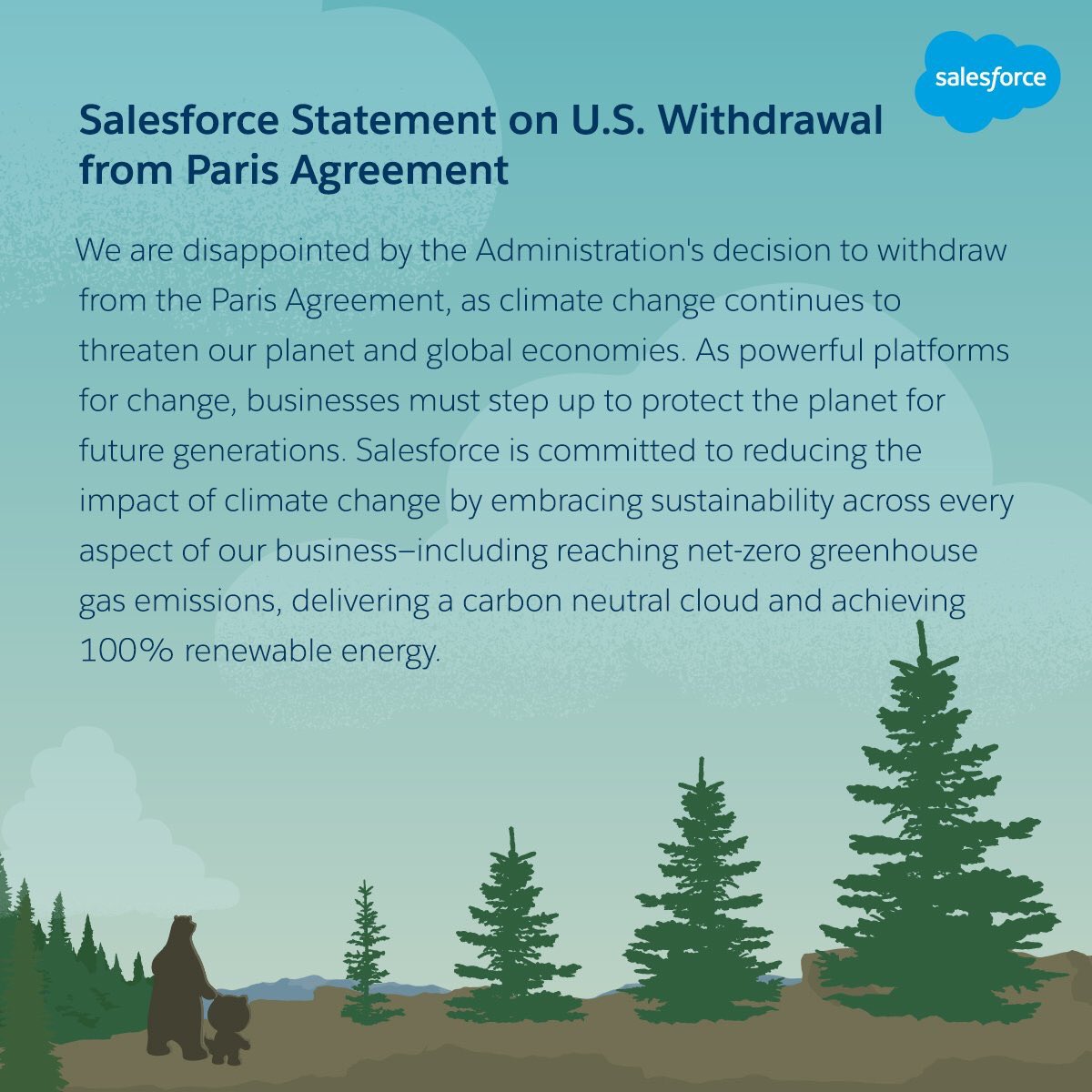 Deeply disappointed by President's decision to withdraw from ParisAgreement. We will double our efforts to fight climate change.

At this point, some CEOs might not see utility in responding, but up until Thursday’s announcement, many CEOs had already urged Trump to remain. A large number of prominent CEOs signed a letter to the president. As the Harvard Business Review noted, “this is not a tree-hugger group.”

“[P]lease do not withdraw from the Paris climate accord; this is not in the best interest of Americans,” Whitman said on “Squawk on the Street.”

ExxonMobil (XOM) CEO Darren Woods sent Trump a letter, and Woods’s predecessor and current Secretary of State Rex Tillerson was reported to have been urging Trump to remain in the agreement.

Last week, Intel (INTC) CEO Brian Krzanich tweeted that Intel had been advocating for staying in the Paris accord.