HERE’S HOW WE KNOW TRUMP’S CABINET PICKS ARE WRONG ON HUMAN-CAUSED GLOBAL WARMING... 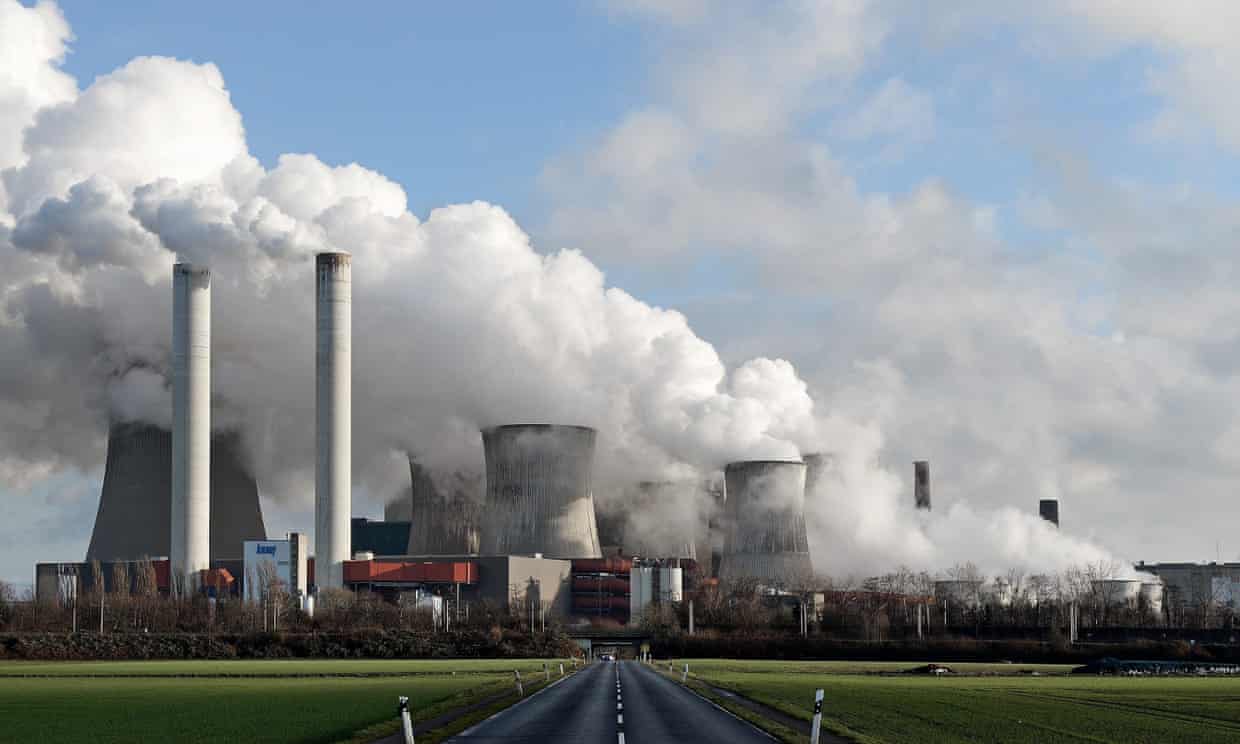 The research is clear – humans are responsible for all the global warming since 1950...

The latest Intergovernmental Panel on Climate Change (IPCC) report – which summarizes the latest and greatest climate science research – was quite clear that humans are responsible for global warming:

In fact, the report’s best estimate was that humans are responsible for all of the global warming since 1951, and greenhouse gases for about 140%. That’s because natural factors have had roughly zero net effect on temperatures during that time, and other human pollutants have had a significant cooling effect.

In other words, the Earth’s surface warmed about 0.65°C between 1951 and 2010. Human greenhouse gas emissions caused temperatures to be about 0.9°C hotter than they would have otherwise been. But other human pollutants caused about 0.25°C cooling, and natural factors had a very small effect. 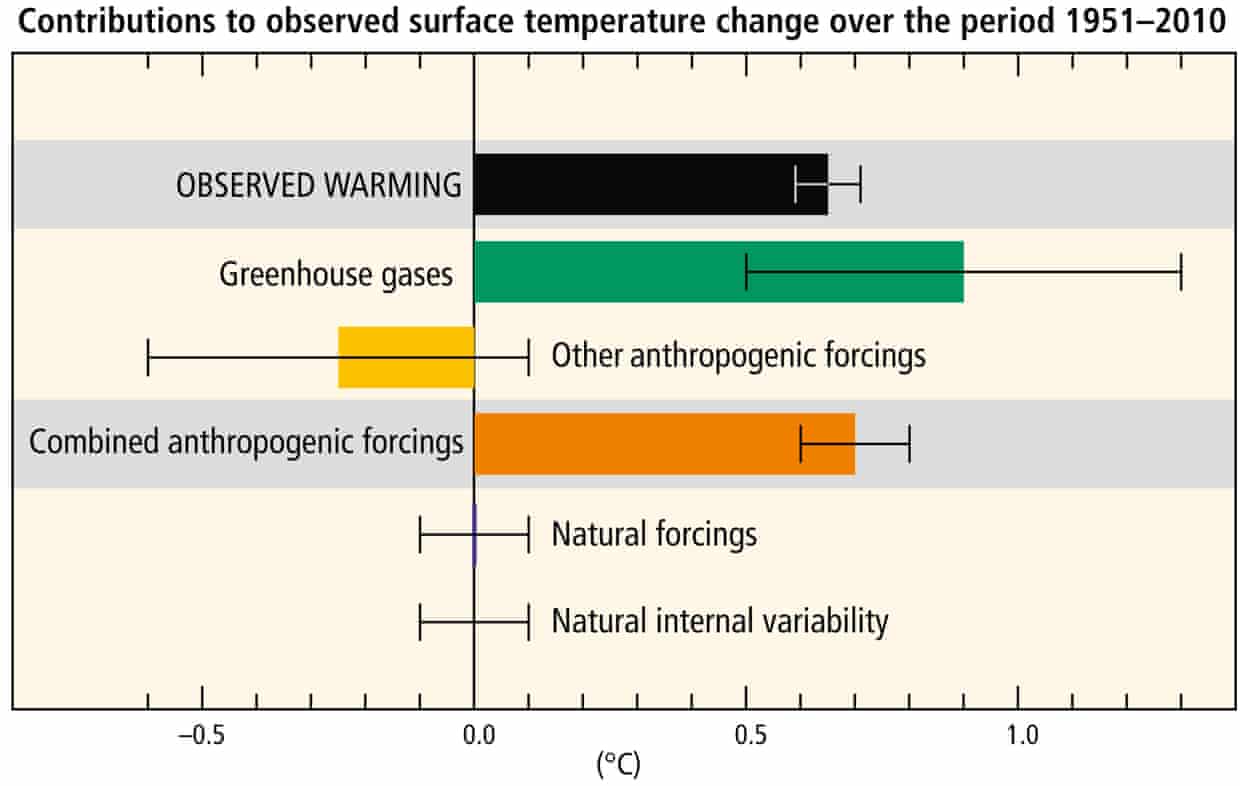 This expert conclusion is quite different from the comments of Trump’s cabinet nominees, who were all very consistent in admitting that there is “some connectivity,” as Trump put it, between human activity and global warming, but claimed that the degree of human influence remains open for debate.

The IPCC conclusion on human-caused global warming rests upon a broad and deep base of evidence. To start, there’s basic math and physics. Long-term global temperature changes are a response to changes in the Earth’s energy balance. If there’s more incoming than outgoing energy, temperatures rise. For example, that happens when the sun becomes more active (more incoming energy), or when the greenhouse effect increases (trapping heat, decreasing outgoing energy).

Over the past 50 years, solar activity has been flat on average. Greenhouse gas levels in the atmosphere have skyrocketed due to humans burning fossil fuels. When scientists look at the various factors that contribute to the global energy balance, over the past 50 years, the increased greenhouse effect dwarfs all others. 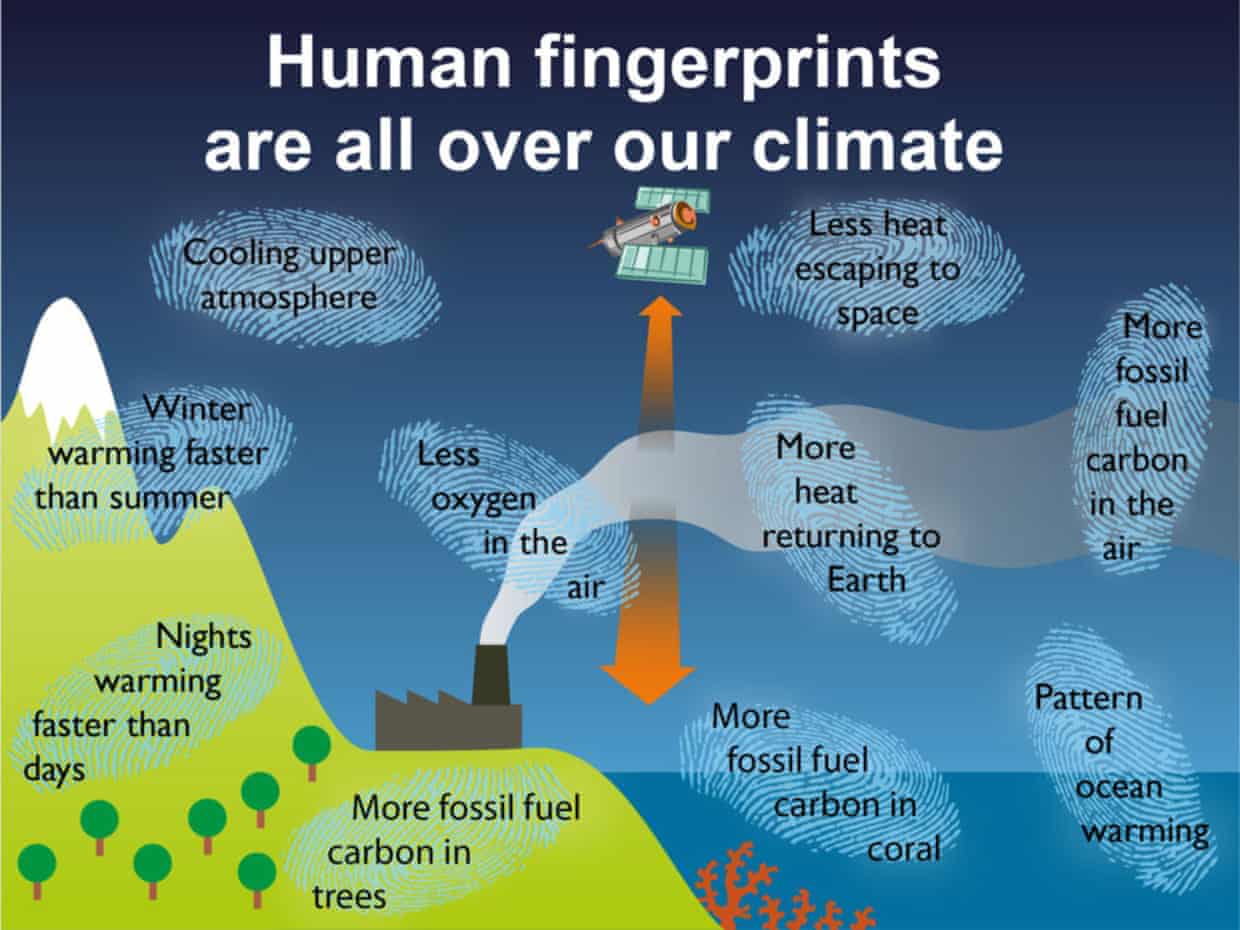 As another example, we expect to see nights warming faster than days, because at night there’s a smaller volume of air, which allows the increased greenhouse effect to have a bigger effect on temperatures. Warming due to the sun would likely have the opposite effect, causing faster daytime temperature rise when sunlight is bombarding the Earth. For all of these “fingerprints,” observations are consistent with human-caused global warming and many are simply inconsistent with natural warming.

There have also been numerous studies specifically investigating and quantifying the various contributors to global warming. I summarized ten of these in the graphic below, and provided details about each study here. The results have been consistent with the IPCC conclusion – humans are responsible for essentially all of the global warming since 1950. 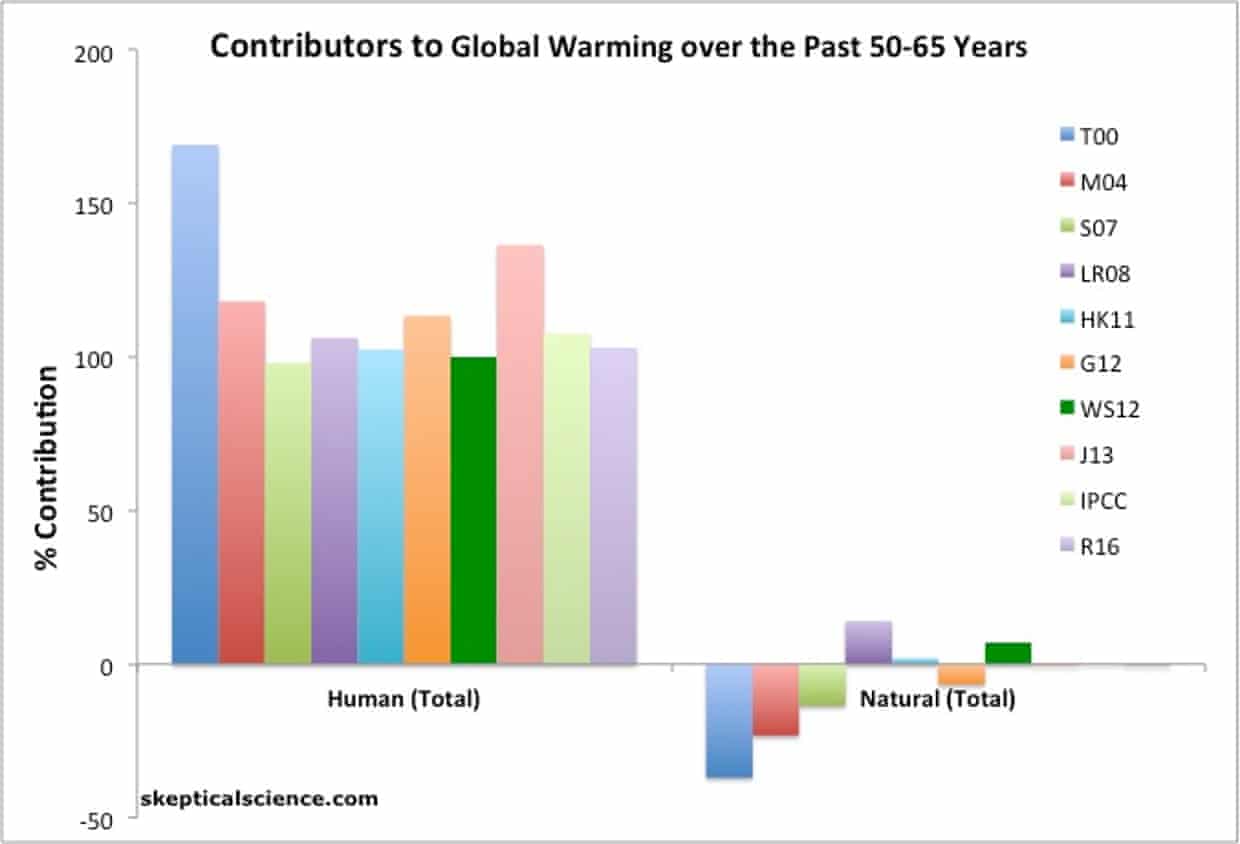 There is of course a 97% expert consensus on human-caused global warming. That consensus isn’t a result of groupthink, or a vast conspiracy, or money-grubbing scientists lying to get their greedy little hands on grant funds. In fact, scientists are very hard to convince of anything, and they’d much rather be the one to disprove a theory than the twenty-thousandth to reaffirm it.

But scientists base their conclusions on evidence, and as discussed above, the evidence for human-caused global warming is overwhelming. In the video below from the Denial101x free online course, Peter Jacobs discusses the three pillars of this type of knowledge-based consensus.

This is important – facts matter

Trump and his cabinet don’t consider climate change an urgent threat, no doubt because they wrongly think this settled question of human responsibility is still under debate. This became clear when immediately after Trump was sworn in as president, the White House website removed all discussion of climate change, replaced it with the Trump administration’s plan to maximize the burning of fossil fuels, and started talking about “alternative facts.”

As happened with the recent marches around America and the world, it will be up to the public to make their voices heard if we’re to prevent the incoming administration from fiddling while the world burns.