HERE'S WHAT EARTH WOULD LOOK LIKE IF ALL THE ICE MELTED... 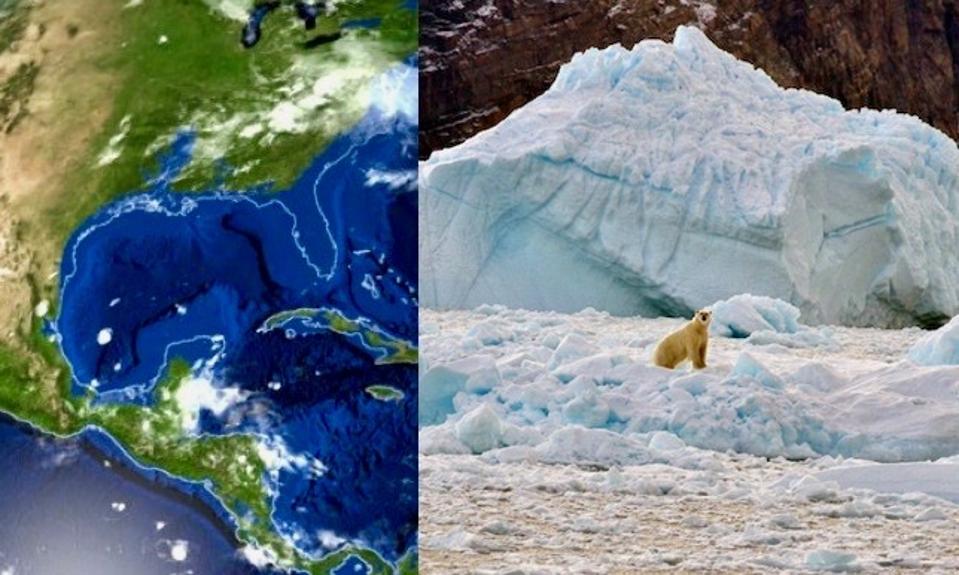 What would happen if the Antarctic ice sheets melted along with the rest of the ice on Earth?

Regardless of your thoughts on climate change, the world's ice is measurably melting and at a rapid pace. Given recent trends in record warm years, it's likely that melting will continue at an unprecedented rate for decades to come. Hence, it's useful to explore extreme scenarios whereby all ice on Earth is melted to book end expectations and hopefully mitigate risks.

National Geographic teamed up with scientists and universities around the world to give an accurate depiction of what Earth would look like if sea level rose by 216 feet, the equivalent of melting all the water currently locked away in ice. This includes ice from continents (mountain snowpack, glaciers, ice sheets etc.) as well as ice on oceans and lakes. One assumption is that all ice contained on land has drained to the sea and not held in continental lakes or rivers.

Once all ice is melted and added to the global oceans our seas would rise by 216 feet as compared to the current level. An estimated 5 million cubic miles of ice exists on Earth, which appears to be on an inevitable melting trend given the recent observations.

To get an idea of how likely this is, let's look at the past as a guide to the future. Several studies measuring paleoclimatic proxies including carbon isotopes, fossils, elemental ratios, and plant stomata attempt to determine at what CO2 level the Antarctic ice sheet disappears. The upper range of the ice sheet's stability is somewhere between 500 ppm to near 800 ppm CO2. At that point the Earth is on a path to being ice free for thousands of years. One upside is that while we may get to the 500 ppm tipping point in the next century, it will take thousands of years for all the ice on the planet to fully melt. Hence giving humans generations to adapt to a wildly different planet.

Comparison of CO2 levels over past 80 million years with the Antarctica stability zone. The decline in temperature from the late Eocene about 34 million years ago triggered the creation of the Antarctic ice sheet once CO2 got below approximately 600 ppm.

Given Earth's current CO2 level of 409 ppm and an increase of 2-3 ppm per year, it's not far off to see we're headed to 500+ ppm in short order. Hopefully at this point, regardless of who or what you blame for the increasing temperatures, you agree that we're on a trend toward an ice-free planet. Whether it's natural, man-made, or both, humans have quite some adjusting to do.

The writing is on the wall that human's will have to adapt to a very different world as ice melts and oceans rise. Most of the Atlantic coast, Florida, and the Gulf Coast will be underwater. In addition, large scale climate variations will alter seasonal rainfall, creating infertile land where it once was fertile.

At what point do you rebuild inland, or do you continue to engineer barriers and levees?

How much does it cost to relocate cities and all the infrastructure that supports them?

How many lives are at risk?

Now, transplant these issues from an economic powerhouse like the United States to developing countries and you have the potential for mass famine, destruction, and warfare. 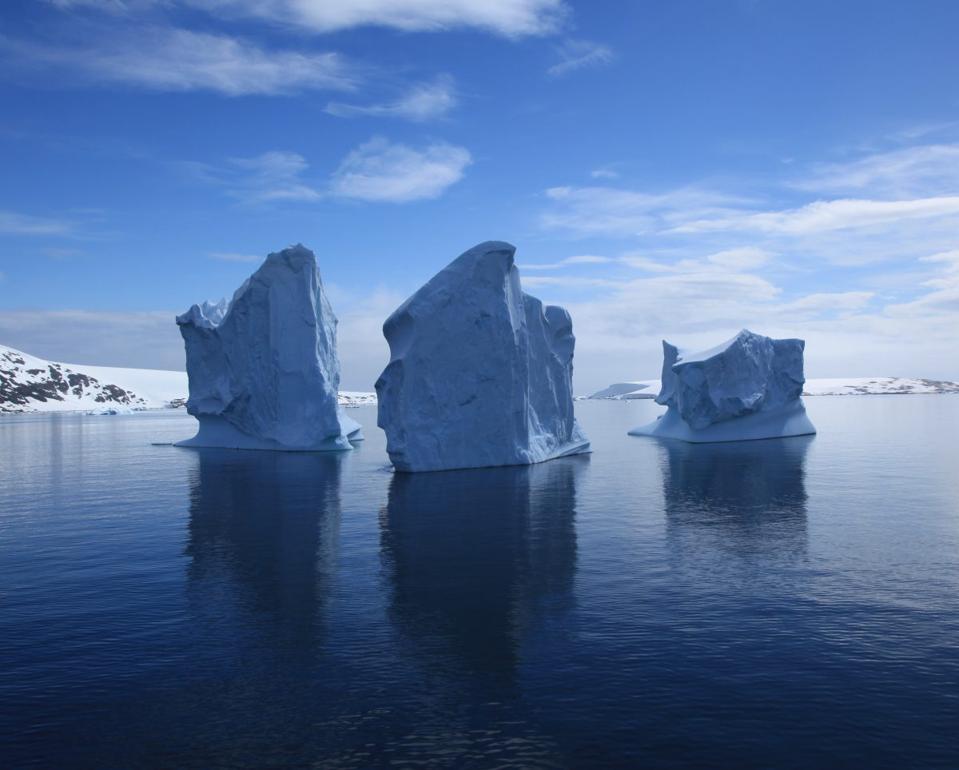 What would happen if the Antarctic ice sheets melted along with the rest of the ice on Earth?

What happens when over time eastern Russia becomes the warmer fertile farming grounds that a now dry infertile China needs to feed its population?

How do trade supplies of agricultural goods shift with changing climate patterns?

There are no easy answers but evidence is building that we need to begin to work through solutions to these future dilemmas. These are no doubt the tremendous challenges this generation and many to come will have to face.