HILLARY CLINTON PICKS TPP AND FRACKING ADVOCATE TO SET UP HER WHITE HOUSE... 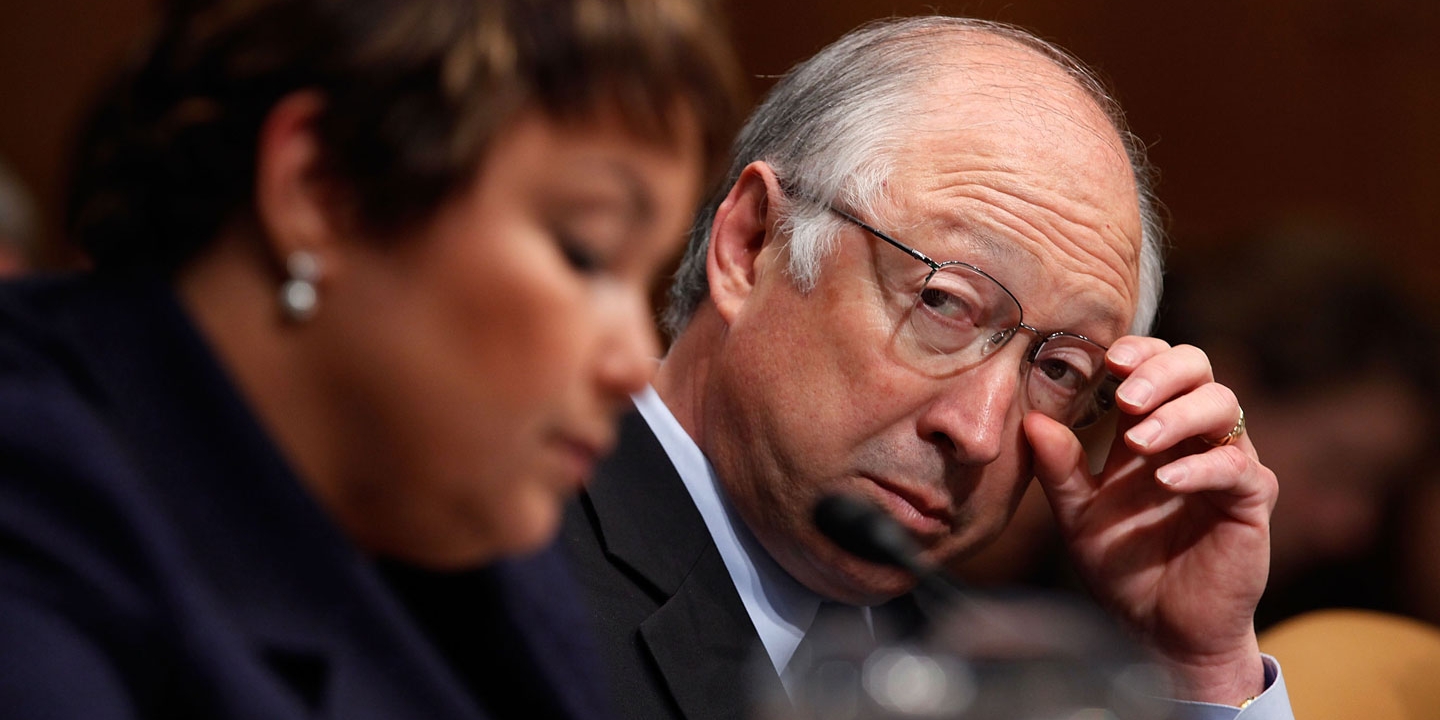 Then-Secretary of the Interior Ken Salazar on Capitol Hill in 2010. Photo: Chip Somodevilla/Getty Images
Two big issues dogged Hillary Clinton during the Democratic primary: the Trans-Pacific Partnership trade agreement (TPP) and fracking. She had a long history of supporting both...

Under fire from Bernie Sanders, she came out against the TPP and took a more critical position on fracking. But critics wondered if this was a sincere conversion or simply campaign rhetoric.

Now, in two of the most significant personnel moves she will ever make, she has signaled a lack of sincerity.

She chose as her vice presidential running mate Tim Kaine, who voted to authorize fast-track powers for the TPP and praised the agreement just two days before he was chosen.

And now she has named former Colorado Democratic Senator and Interior Secretary Ken Salazar to be the chair of her presidential transition team — the group tasked with helping set up the new administration should she win in November. That includes identifying, selecting, and vetting candidates for over 4,000 presidential appointments.

As a senator, Salazar was widely considered a reliable friend to the oil, gas, ranching and mining industries. As interior secretary, he opened the Arctic Ocean for oil drilling, and oversaw the botched response to the BP oil spill in the Gulf of Mexico. Since returning to the private sector, he has been an ardent supporter of the TPP, while pushing back against curbs on fracking.

The TPP would enhance the ability of corporations to sue to overturn environmental regulations, but Salazar helped a pro-TPP front group, the “Progressive Coalition for American Jobs,” argue the opposite.

In a November 2015 USA Today op-ed that Salazar co-wrote with Bruce Babbitt, the two men argued that the TPP would be the “the greenest trade deal ever” by promoting sustainable energy. Both Salazar and Babbitt cited their former positions as interior secretaries to boost their credibility.

The following month, Salazar authored a Denver Post op-ed with two former Colorado governors also affiliated with PCAJ, arguing that the agreement would protect the state’s scenic beauty: “And as a state rich with natural wonder and a long history of conservation, Colorado can be proud that the TPP includes the highest environmental standards of any trade agreement in history.”

Shortly after leaving his post at the Obama administration, Salazar appeared at an oil and gas industry conference to argue in favor of fracking.

“We know that, from everything we’ve seen, there’s not a single case where hydraulic fracking has created an environmental problem for anyone,” Salazar told the attendees, who included the vice president of BP America, another keynote speaker at the conference. “We need to make sure that story is told.”

The EPA acknowledged in 2015 that fracking has contaminated drinking water wells. And methane, a gas with a climate impact 86 times that of carbon dioxide, is known to leak from fracked gas infrastructure.

Salazar is on the leadership team of a business group in Colorado fighting against a pair of ballot initiatives that could limit fracking. The Denver Post referred to the group as the “political equivalent of a tested military reserve unit that the [Denver Chamber of Commerce] calls into action when it believes business interests in the state face a serious threat.”

Environmentalists are alarmed. “If Clinton plans to effectively tackle climate change, the last thing her team needs is an industry insider like Ken Salazar. Salazar’s track record illustrates time and again that he is on the side of big industry, and not of the people,” Greenpeace USA Democracy Campaign Director Molly Dorozenski said in a statement.

Salazar currently works as partner at WilmerHale, a D.C.-based law and lobbying firm. His clients are not public, but his firm lists his job as giving “policy advice to national and international clients, particularly on matters at the intersection of law, business and public policy.” Staff at the firm have been involved in TPP negotiations.

Members of the presidential transition team are not required to disclose their finances — meaning we may never know if and how much Salazar is paid for all of the advocacy outside his salary at WilmerHale.

Salazar has long been criticized for his connections to the industries he regulates. For example, in a 2010 Salon post, Intercept co-founding editor Glenn Greenwald highlighted Salazar’s connections to BP, noting that “even as BP continues to spew oil in unfathomable quantities into the Gulf,” Salazar was waiving environmental reviews and approving new wells in the Gulf of Mexico.