HOUSE REPUBLICANS ARE TRYING TO BLACKBALL THE CLIMATE INVESTIGATION INTO EXXON... 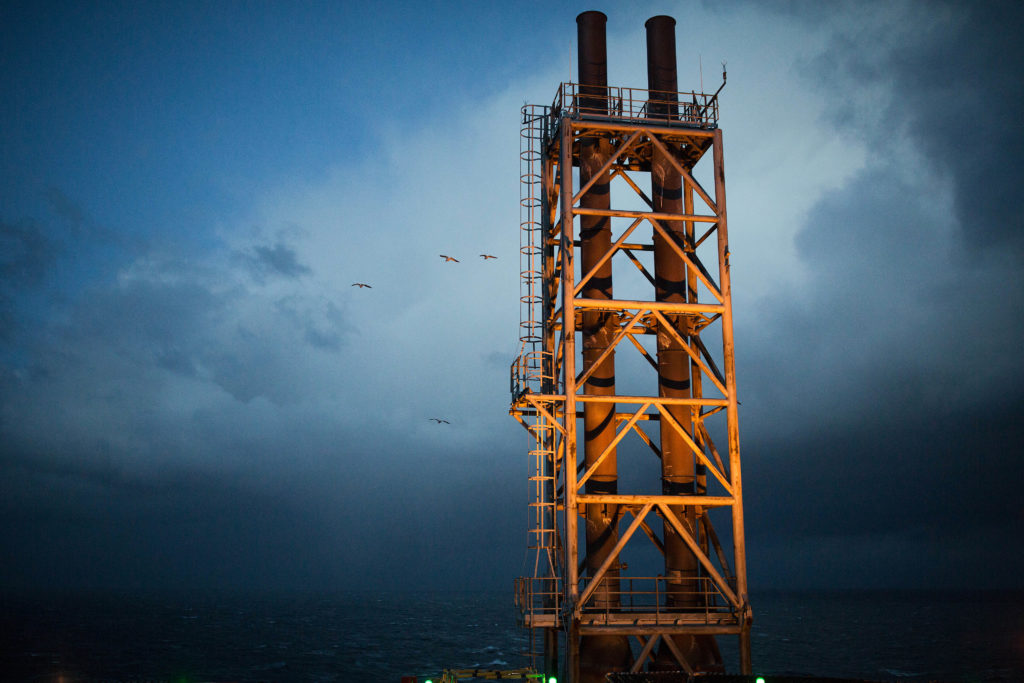 Once upon a time, climate science and politics were separate things. Then came several decades of scientific denial, distortion, and gaslighting...

One of the companies responsible for politicizing climate change is ExxonMobil, which for years funded climate change denial groups despite its own research confirming that greenhouse gases cause global warming. Now, the battle to hold them accountable has become a proxy war between a lead denier in the US House of Representatives and groups that are working to make Exxon legally responsible for its actions.

Some of this is political theater. Yesterday, Texas Republican Lamar Smith, chairman of the House Science Committee, heard arguments from a panel of experts—two of whom work for Exxon-funded think tanks—on why his committee has the authority to intervene in the investigations into Exxon’s denialism. But if this is theater, it is not over once the curtain closes. Displays like this further confuse the public about how science is done. And it drags out the spurious narrative that science isn’t in consensus about climate change, its causes, and effects. That affects everyone living on this warming planet.

First: a little background. Last year, Inside Climate News published a massive exposé detailing how Exxon had suppressed its own science—among the first to confirm that greenhouse gas emissions would lead to climate change—in order to promote an anticlimate agenda. This prompted many state attorneys general to open investigations as to whether Exxon’s knowing denial of climate science defrauded its investors.

These were blue state AGs—New York, Massachusetts, California, Hawaii—and climate-focused NGOs. Smith smelled a rat. The coordinated attack looked to him like politically-motivated attempt to suppress Exxon’s first amendment right to express a scientific opinion that differs from the mainstream. (Sidebar: That’s not how science works.) So back in May, he subpoenaed communications between attorneys general from New York and Massachusetts, and eight climate-focused NGOs. The state AGs and NGOs refused to comply with the subpoena, because they didn’t believe the request was within Smith’s jurisdiction.

Which brings us to today. Smith can’t make them turn over their communications, because he doesn’t have enough backing to give his subpoena legal weight. He needs this bugaboo to move from his committee to the entire House of Representatives, where they will, he hopes, vote that the AGs and NGOs are acting in contempt of Congress. “This hearing is remarkable because it is an investigation into whether the investigation by the science committee into the attorneys’ general investigation of Exxon is justified,” says Michael Halpern, science and democracy program manager for the Union of Concerned Scientists, one of the groups included in Smith’s subpoena.

Even if Smith succeeds, and the House does find these AGs and NGOs in contempt, that doesn’t necessarily mean that the congressional subpoena will work. The House would have to ask the Department of Justice—through the US attorney’s office—to enforce it. But recent history shows that might not be enough to force the Exxon interlocutors into submission. The US attorney’s office has declined to enforce the two previous full House congressional contempt citings—one targeting former US attorney general Eric Holder, and another targeting the deputy IRS commissioner. Those subpoenas weren’t climate related, but were politically-motivated enough to give the DOJ attorneys cause to decline. (Your opinion may vary on whether the DOJ was right to decline. Point is, they did.)

The outcome of all this stuff is important, but the real reason to pay attention to all this chess-like maneuvering is to understand how it affects research. Last year, Smith subpoenaed a bunch of NOAA scientists because he suspected they were tampering with global temperature data for political reasons. Taken completely without context, that might seem fair. However, the peer review process has its own process for figuring out if researchers falsified data, and whether they were driven by conflicts of interest. And as a group of eight scientific organizations pointed out in a letter to Smith, congressional meddling in that process undermines the integrity of the scientific method.

It also sends a signal to the public that science is an ideologically-driven process, like politics. And while climate science may be irrevocably political, the place to fight out scientific disagreements is in the peer reviewed literature, not a stacked hearing. What Smith is doing is throwing the whole process of science into doubt. Or maybe not the whole process, just process as it pertains to any branch of science that doesn’t comport to his political beliefs. Science is never solved in the courts.