HOW A MELTING ARCTIC CHANGES EVERYTHING... 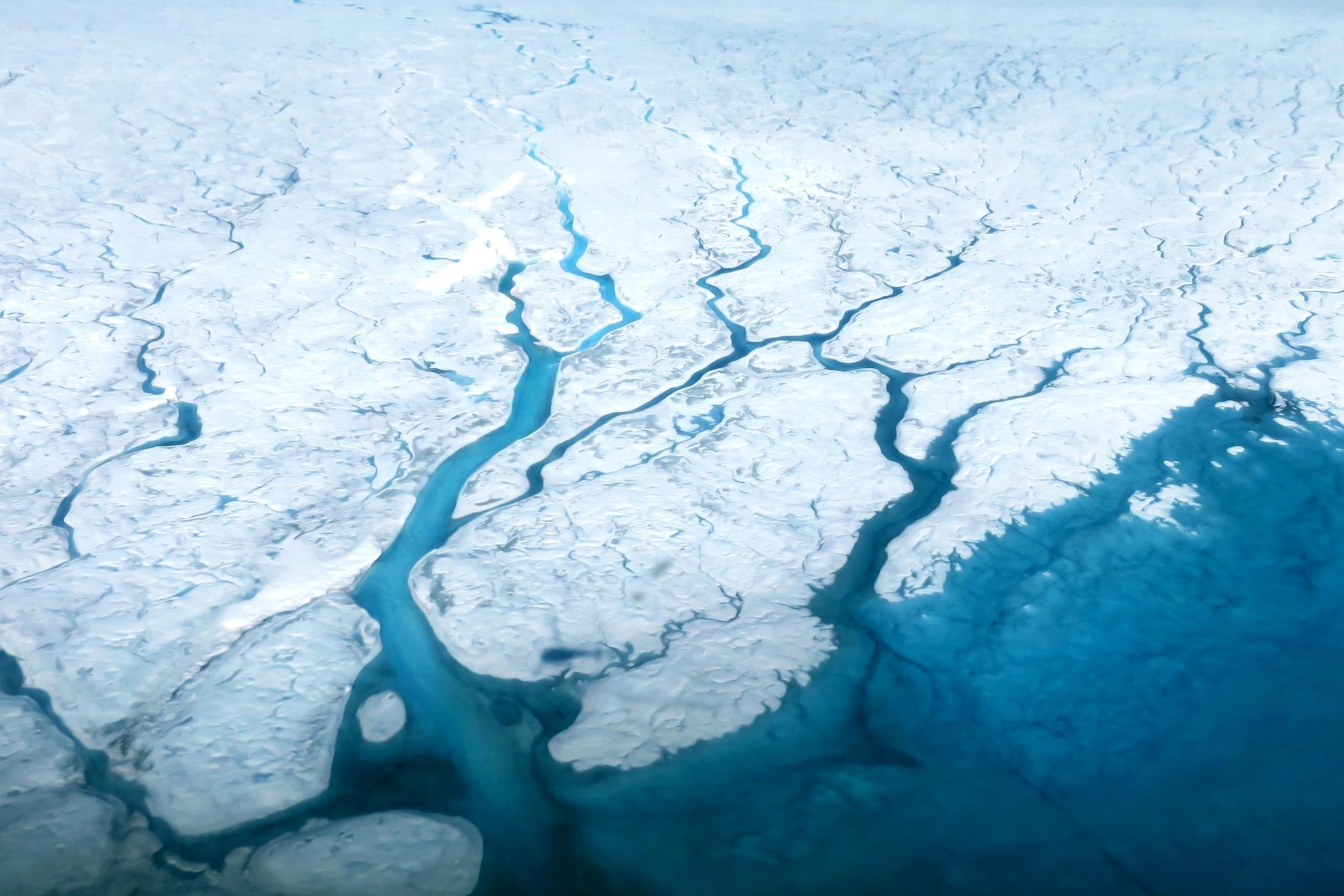 A summertime river in Greenland taken just after the season's peak melting in July 2015. The melting ice sheet has been shedding considerable mass every year since precision observations began in 2002.
Photographer: Strahil Dimitrov/Getty Images
Eight countries control land in the Arctic Circle. Five have coastlines to defend. The temperature is rising. The ice is melting. The race for newly accessible resources is beginning. And Russia is gaining ground...

Part I: The Bare Arctic

The story of the Arctic begins with temperature but it’s so much more—this is a tale about oil and economics, about humanity and science, about politics and borders and the emerging risk of an emboldened and growing Russian empire.

Arctic glaciers, such as this one in Russia’s Novaya Zemlya archipelago, have captured the attention of scientists who are trying to understand how they melt and flow. Photo: DigitalGlobe via Getty Images

The world as a whole has warmed about 0.9 degrees Celsius (1.7 degrees Fahrenheit) since 1880. Arctic temperatures have risen twice that amount during the same time period. The most recent year analyzed, October 2015 to September 2016, was 3.5C warmer than the early 1900s, according to the 2016 Arctic Report Card. Northern Canada, Svalbard, Norway and Russia’s Kara Sea reached an astounding 14C (25F) higher than normal last fall.

“After studying the Arctic and its climate for three-and-a-half decades,” Mark Serreze, director of the National Snow and Ice Data center, wrote recently. “I have concluded that what has happened over the last year goes beyond even the extreme.”

See the rest of Part One, Two and three HERE.