HOW A PROFESSIONAL CLIMATE CHANGE DENIER DISCOVERED THE LIES AND DECIDED TO FIGHT FOR SCIENCE... 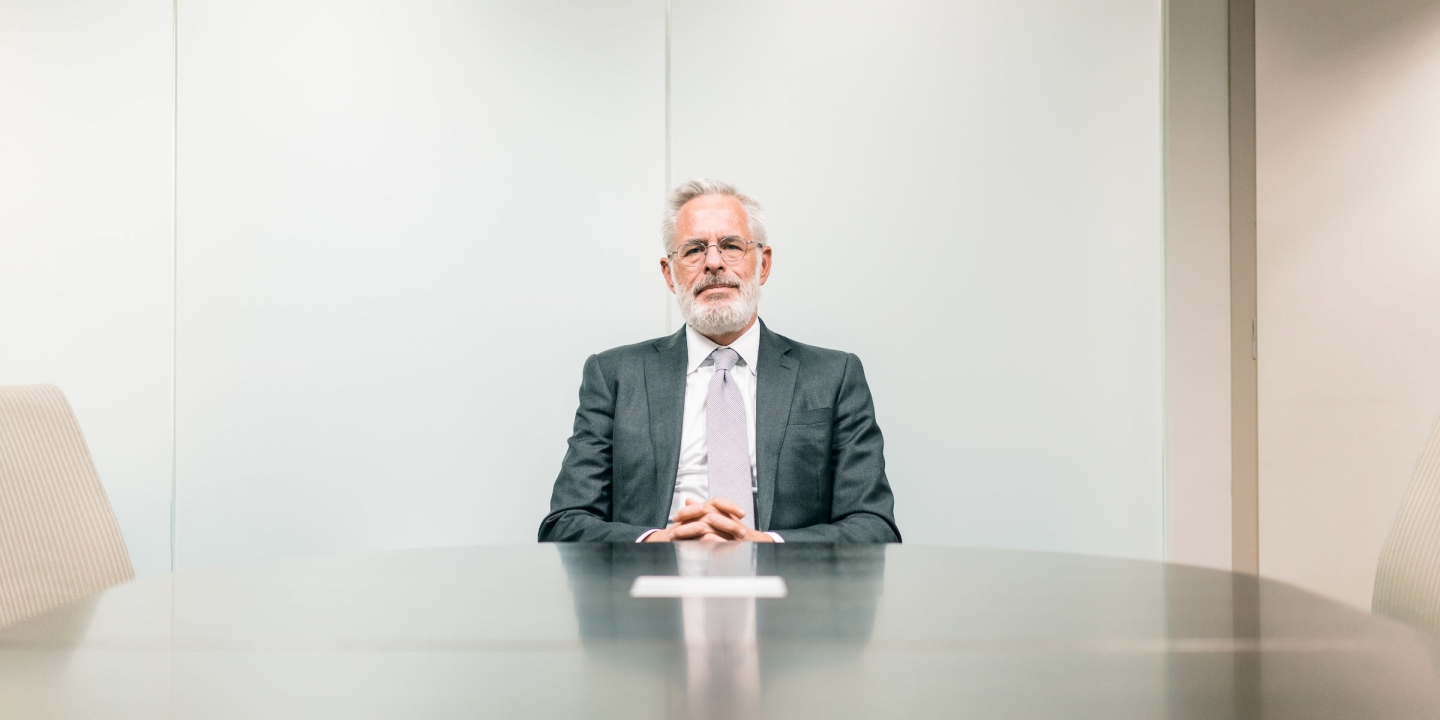 Jerry Taylor, Director of Operations at the Niskanen Center in Washington, D.C. on April 28, 2017. Photo: Greg Kahn/GRAIN for The Intercept
The hardest part of reversing the warming of the planet may be convincing climate change skeptics of the need to do so...

Although scientists who study the issue overwhelming agree that the earth is undergoing rapid and profound climate changes due to the burning of fossil fuels, a minority of the public remains stubbornly resistant to that fact. With temperatures rising and ice caps melting — and that small minority in control of both Congress and the White House — there seems no project more urgent than persuading climate deniers to reconsider their views. So we reached out to Jerry Taylor, whose job as president of the Niskanen Center involves turning climate skeptics into climate activists.

It might seem like an impossible transition, except that Taylor, who used to be staff director for the energy and environment task force at the American Legislative Exchange Council (ALEC) and vice president of the Cato Institute, made it himself.

Sharon Lerner: What did you think when you first encountered the concept of climate change back in the 1990s?

Jerry Taylor: From 1991 through 2000, I was a pretty good warrior on that front. I was absolutely convinced of the case for skepticism with regard to climate science and of the excessive costs of doing much about it even if it were a problem. I used to write skeptic talking points for a living.

SL: What was your turning point?

JT: It started in the early 2000s. I was one of the climate skeptics who do battle on TV and I was doing a show with Joe Romm. On air, I said that, back in 1988, when climate scientist James Hansen testified in front of the Senate, he predicted we’d see a tremendous amount of warming. I argued it’d been more than a decade and we could now see by looking at the temperature record that he wasn’t accurate. After we got done with the program and were back in green room, getting the makeup taken off, Joe said to me, “Did you even read that testimony you’ve just talked about?” And when I told him it had been a while, he said “I’m daring you to go back and double check this.” He told me that some of Hansen’s projections were spot on. So I went back to my office and I re-read Hanson’s testimony. And Joe was correct. So I then I talked to the climate skeptics who had made this argument to me, and it turns out they had done so with full knowledge they were being misleading.

SL: So that was it? You changed your mind?

JT: It was more gradual. After that, I began to do more of that due diligence, and the more I did, the more I found that variations on this story kept arising again and again. Either the explanations for findings were dodgy, sketchy or misleading or the underlying science didn’t hold up. Eventually, I tried to get out of the science narratives that I had been trafficking in and just fell back on the economics. Because you can very well accept that climate change exists and still find arguments against climate action because the costs of doing something are so great.

SL: And the economic case eventually crumbled, too?

JT: The first blow in that argument was offered by my friend Jonathan Adler, who was at the Competitive Enterprise Institute. Jon wrote a very interesting paper in which he argued that even if the skeptic narratives are correct, the old narratives I was telling wasn’t an argument against climate action. Just because the costs and the benefits are more or less going to be a wash, he said, that doesn’t mean that the losers in climate change are just going to have to suck it up so Exxon and Koch Industries can make a good chunk of money.

The final blow against my position, which caused me to crumble, was from a fellow named Bob Litterman, who had been the head of risk management at Goldman Sachs. Bob said, “The climate risks aren’t any different from financial risks I had to deal with at Goldman. We don’t know what’s going to happen in any given year in the market. There’s a distribution of possible outcomes. You have to consider the entire distribution of possible outcomes when you make decisions like this.” After he left my office, I said “there’s nothing but rubble here.” 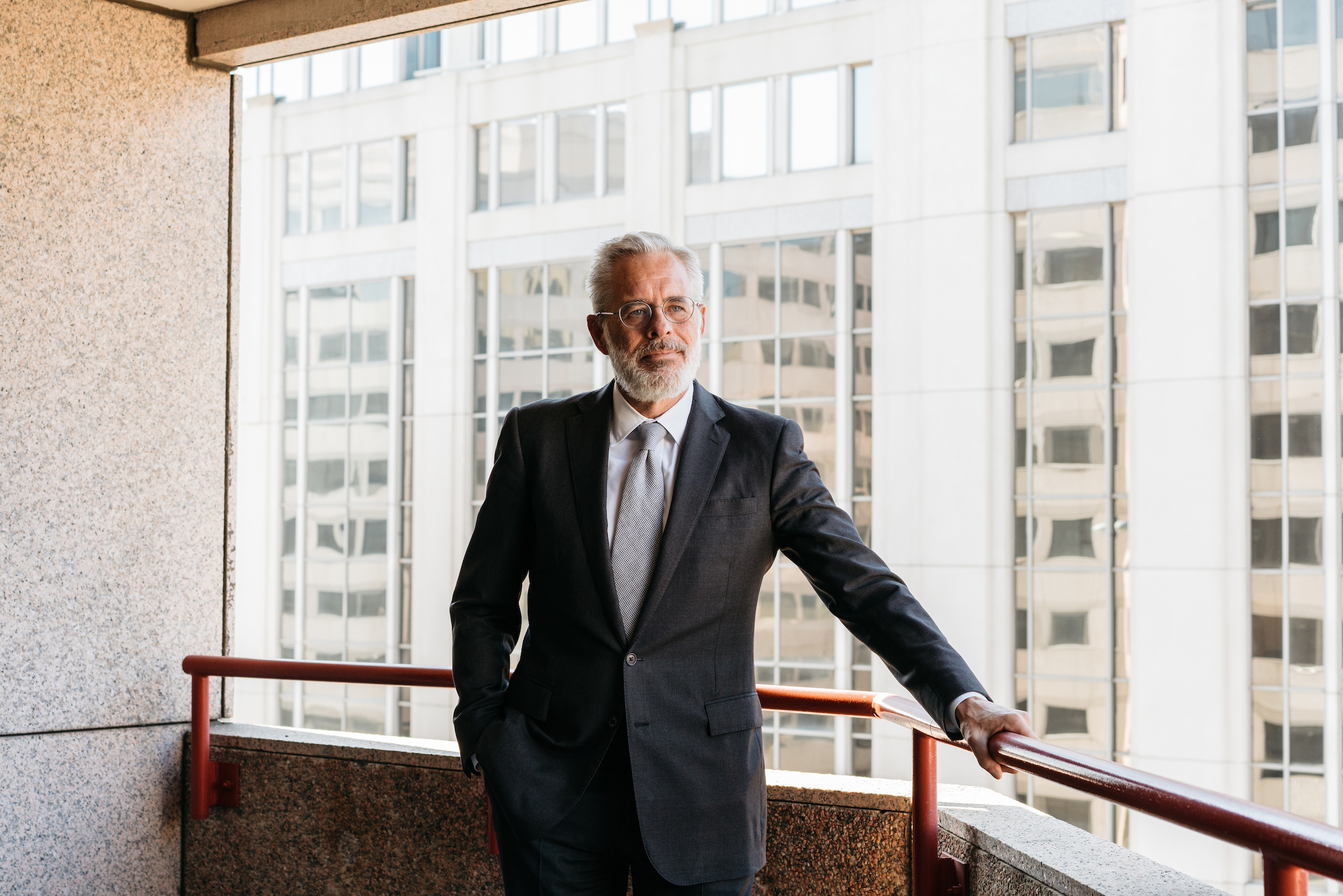 Jerry Taylor, Director of Operations at the Niskanen Center in Washington, D.C. on April 28, 2017. Photo: Greg Kahn/GRAIN for The Intercept

SL: How do you feel about the work you did in those years?

JT: I regret a lot of it. I wish I had taken more care and done more due diligence on the arguments I had been forwarding. I also introduced one of my brothers, James Taylor, to the folks at the Heartland Institute. Heartland’s rise to dominate market share in climate denialism largely occurred under my brother. Boy do I regret that.

SL: And he still is still a climate denier. So what is that like? Do you talk about climate change at Thanksgiving?

JT: We agree to disagree and don’t discuss it. And we don’t spend a lot of Thanksgivings together.

SL: Having been so central to Republican thought and leadership on energy, what can you say about what doesn’t work to convince conservative climate skeptics that climate change is real and important?

JT: If you talk about the need to transform civilization and to engage in the functional equivalent of World War III, you may as well just forget it. To most conservatives, that’s just nails on a chalkboard. Or if you say, you’re corrupted and a shill and ignorant. That’s no way to convince anybody of anything. What are the chances they’re going to say, Gee, you’re right? All that does is entrench someone in their own position.

SL: So what does work?

JT: In our business, talking to Republican and conservative elites, talking about the science in a dispassionate, reasonable, non-screedy, calm, careful way is powerful, because a lot of these people have no idea that a lot of the things they’re trafficking in are either the sheerest nonsense or utterly disingenuous.

I also make the conservative case for climate change. We don’t call people conservative when they put all their chips on one number of a roulette wheel. That’s not conservative. It’s pretty frigging crazy. It’s dangerous, risky. Conservatives think this way about foreign policy. We know that if North Korea has a nuclear weapon, they’re probably not going to use it. But we don’t act as if that’s a certainty. We hedge our bets. Climate change is like that. We don’t know exactly what’s going to happen. Given that fact, shouldn’t we hedge?

SL: I frequently hear about Republican lawmakers who don’t believe their own climate denials. Do you know many people who are in that camp?

JT: I have talked to many of them in confidence. There are between 40 and 50 in the House and maybe 10 to 12 in the Senate. They’re all looking for a way out of the denialist penitentiary they’ve been put into by the Tea Party. But they’re not sure what the Republican response ought to look like exactly and when the political window is going to open.

SL: When do you think these Republicans will come out about their concern about climate change?

JT: The wall of denial in the GOP looks awful frightening from afar but it is crumbling. And it can change quickly. People forget that it was only a decade ago that the party had a climate platform that could have been written by Sheldon Whitehouse. And during the last election cycle, Carlos Curbelo, Ryan Costello, and Rob Portman all ran as climate moderates and paid no political price.

SL: And then there’s the president, who claimed climate change is a Chinese hoax. What about changing his mind?

JT: Donald Trump clearly has lightly held views about climate, which means they can be easily moved. He has no ideology whatsoever, so the last person in the room who talks to him is the guy who wins the policy debate.

This interview has been edited for length and clarity.