HOW DID HALF OF THE GREAT FLORIDA CORAL REEF SYSTEM DISAPPEAR? 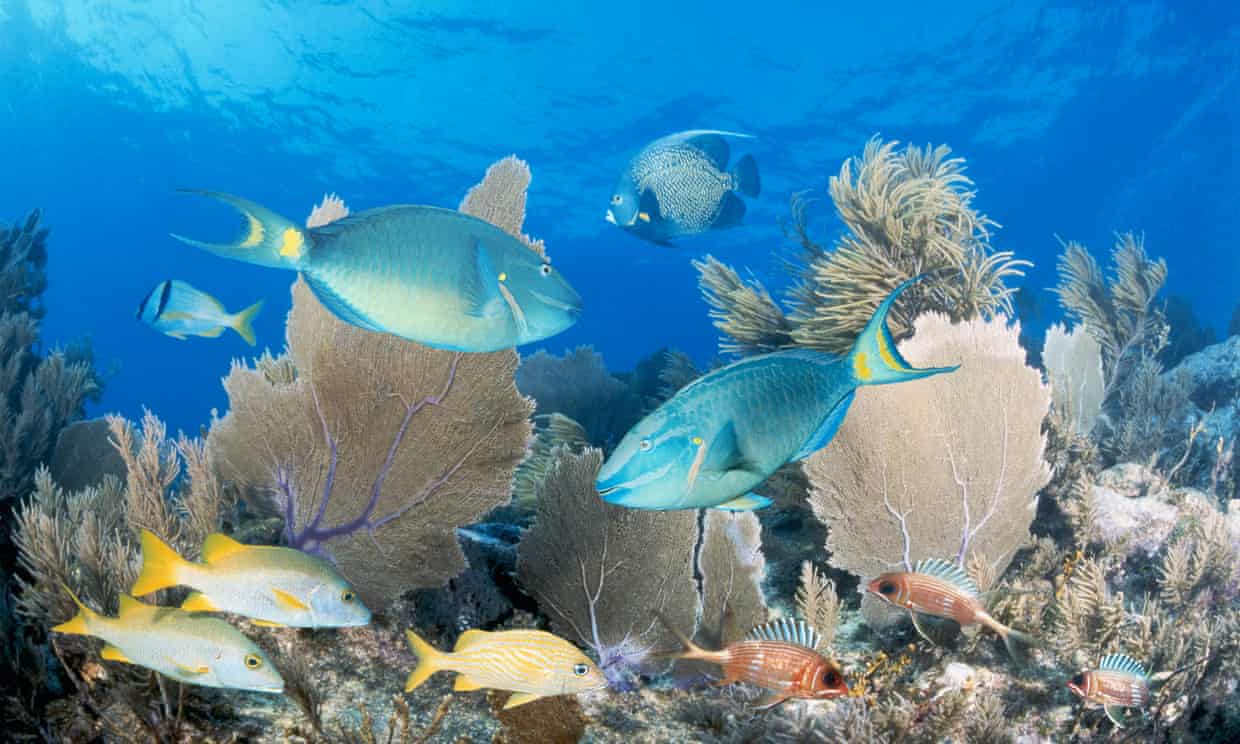 Key Largo, Florida. If the oceans continue to absorb CO2, the increased acidity will be fatal and coral bleaching will worsen. Photograph: Jeff Hunter/Getty Images

Overfishing, development and pollution have all contributed to the reef’s decline, but climate change is its biggest threat. UN targets must be met to stop ocean acidification...

The great Florida coral reef system stretches hundreds of miles down the eastern seaboard of the US. It is the world’s third largest, and nearly 1,400 species of plants and animals and 500 species of fish have been recorded there.

But last year marine scientists found nearly half the reef was missing. They took the latest satellite images, compared them with precisely drawn 250-year-old British admiralty charts and found them nearly identical.

But where the historic charts showed there had been extensive coral reefs close to the shore in the 1760s, the satellite maps revealed just sea grasses and mud. Only those reefs far from the shore were still intact and alive with fish and plants.

So when and why did so much of the world’s third largest reef system just disappear? 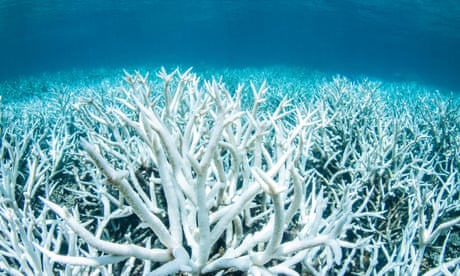 Natural forces like spells of extreme rainfall and heatwaves may have played some part, but it is more likely that man was responsible.

In those 250 years, fishing off the Florida Keys intensified, causeways and cities were built, pollution increased and the flow of freshwater, sediments and nutrients from the land all changed. Any of these factors could have led to the stress and decline of the reef, but it probably took a combination to kill off half the corals.

Something similar to what took place over 250 years off the Florida coast is now accelerating across reefs around the world as natural and new anthropogenic threats emerge and combine with deadly effect.

Corals are intolerant both of temperature and salinity change and it just takes a rise of 1C for a few weeks or extreme rainfall for them to begin to die. In the past 20 years, extreme weather linked to El Niño events and climate change has hit the world’s shallow reefs hard.

Abnormally warm water caused the world’s first recorded widespread coral bleaching in 1998. Stretches of the Great Barrier Reef off Australia, and other reefs off Madagascar, Belize and the Maldives, were left white and seemingly dead.

Most recovered because corals survive if conditions return to normal. But since then, widespread bleaching and other events have occurred nearly every year, leaving many of the world’s reefs stressed and vulnerable to disease.

Over 20 years the trend of decline and loss has been inexorable. In 2001, and again in 2005, even warmer seas damaged many more reefs. From 2008-11, extreme summer temperatures led to major flooding and pollution in Australia which badly damaged the Great Barrier Reef. 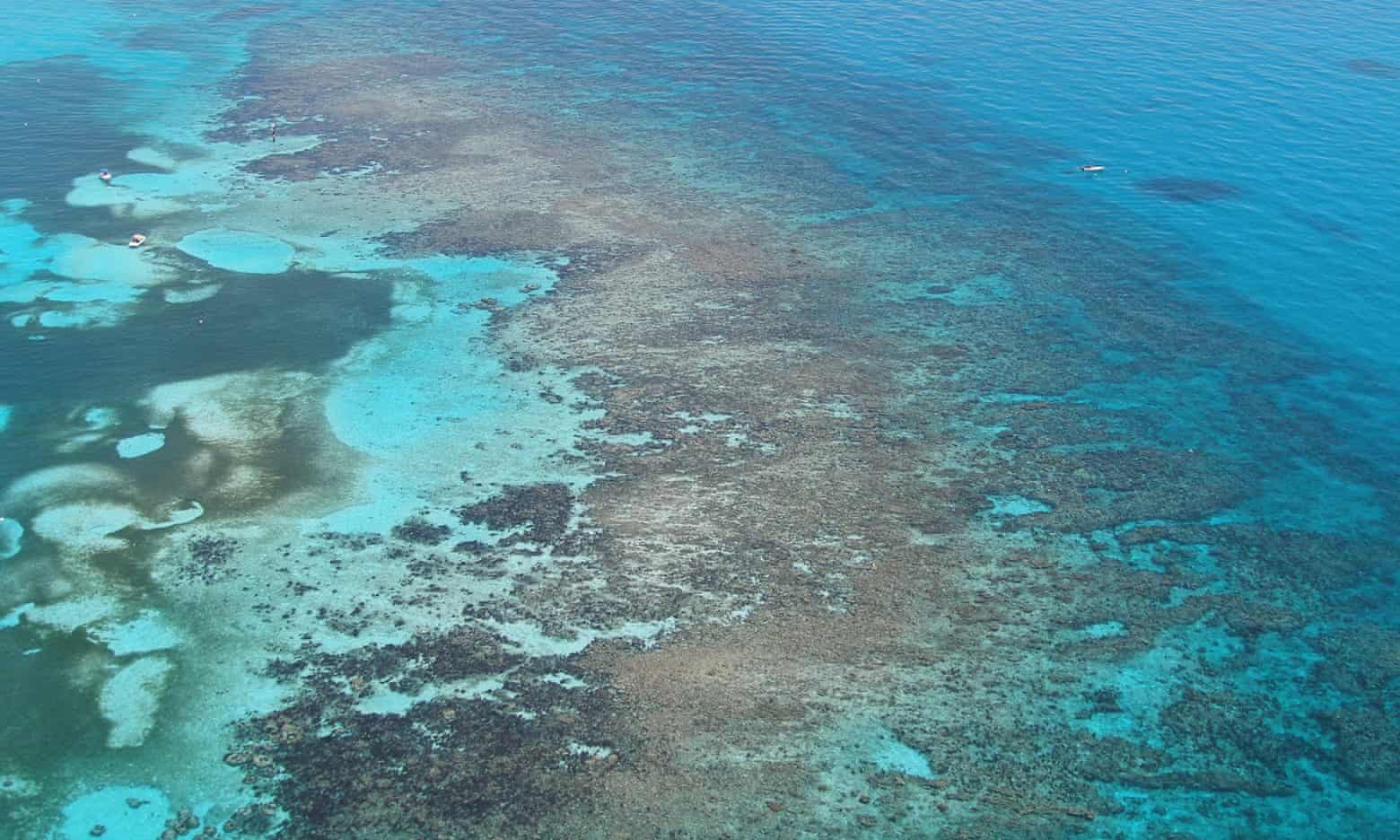 2013 saw sea temperatures rise again and the longest global coral bleaching event on record began in 2014 with another exceptionally strong El Niño. The 2016 and 2017 mass-bleaching events may now have affected nearly two-thirds of the world’s shallow reefs.

The fear now is that natural resilience is being lost and damaged reefs will not have time to recover before the next extreme event further weakens and then kills them.

But reefs are now beset with more problems than bleaching. Just as off Florida in the 19th century, local pollution, overfishing, loss of oxygen and excess nutrient runoff have increased, and now growing acidification of the oceans is a real danger. Most organisms can withstand some stress but few can cope with this tsunami of trouble.

"Fishing gear dragged along the ocean floor has crushed corals, dynamite has shattered colonies and cyanide has killed hosts of living creatures"

Much of the early damage to near pristine Pacific and Indian ocean reefs may have been done in the 1980s when overfishing peaked in tropical and subtropical seas. Shark fishing and the use of cyanide and explosives to supply fish to Hong Kong, Singapore, and mainland China has wiped out whole fish populations. Fishing gear dragged along the ocean floor has crushed corals, dynamite has shattered colonies and cyanide has killed hosts of living creatures.

A vast natural treasure is rapidly being lost. The world’s reefs may only cover 2% of the ocean floor but they are thought to be home to up to a quarter of the world’s 500,000 known species living in the oceans.

Aside from providing food for many millions of people, reefs are now recognised as essential to the whole marine ecosystem. Fish spawn and grow around coral, which in turn helps to regulate carbon dioxide levels in the oceans and protects coastal areas from erosion. Take out any one part of the reef system and the whole is threatened.

Economically, too, reefs are increasingly important. Tourism and fishing on the Great Barrier Reef is estimated to be worth at least $6.4bn Australian dollars (£3.7bn) a year. The Maldives’ tourist economy would collapse without its reefs. Together, the world’s coral reefs have been valued at $1tn a year.

The full ecological and economic damage done by 20 years of intense exploitation and warming seas is not yet known, but some scientists believe the world may already have lost half its shadow reefs, with the rest likely to be threatened within 30 years. 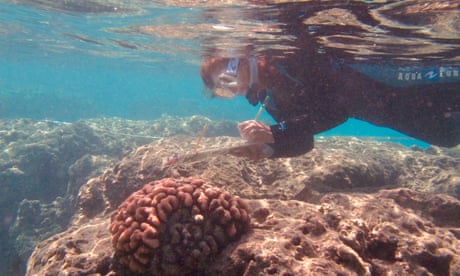 Scientists warn US coral reefs are on course to disappear within decades. Read more...

The solutions are political and technical and must address the entire marine ecosystem. Protected reserves are urgently needed and fishing must be controlled and policed.

But the answers will come mainly on land. For reefs to have any chance of surviving, farmers, cities and mining companies must reduce their pollution and prevent the runoff of sediment and nutrients into the seas.

But above all, climate change must be addressed. If the oceans continue to absorb CO2, the increased acidity will be fatal and coral bleaching will worsen. All that may be left are the deeper reefs.

The UN target to drastically cut emissions and hold temperature rises to 1.5C must be met. If not, then the the world’s rich, diverse and astonishingly beautiful coral reefs may all but disappear within a lifetime. Recklessness on this scale would have unimaginable consequences.