HOW DISAPPEARING SEA ICE HAS PUT ARCTIC ECOSYSTEM UNDER THREAT... 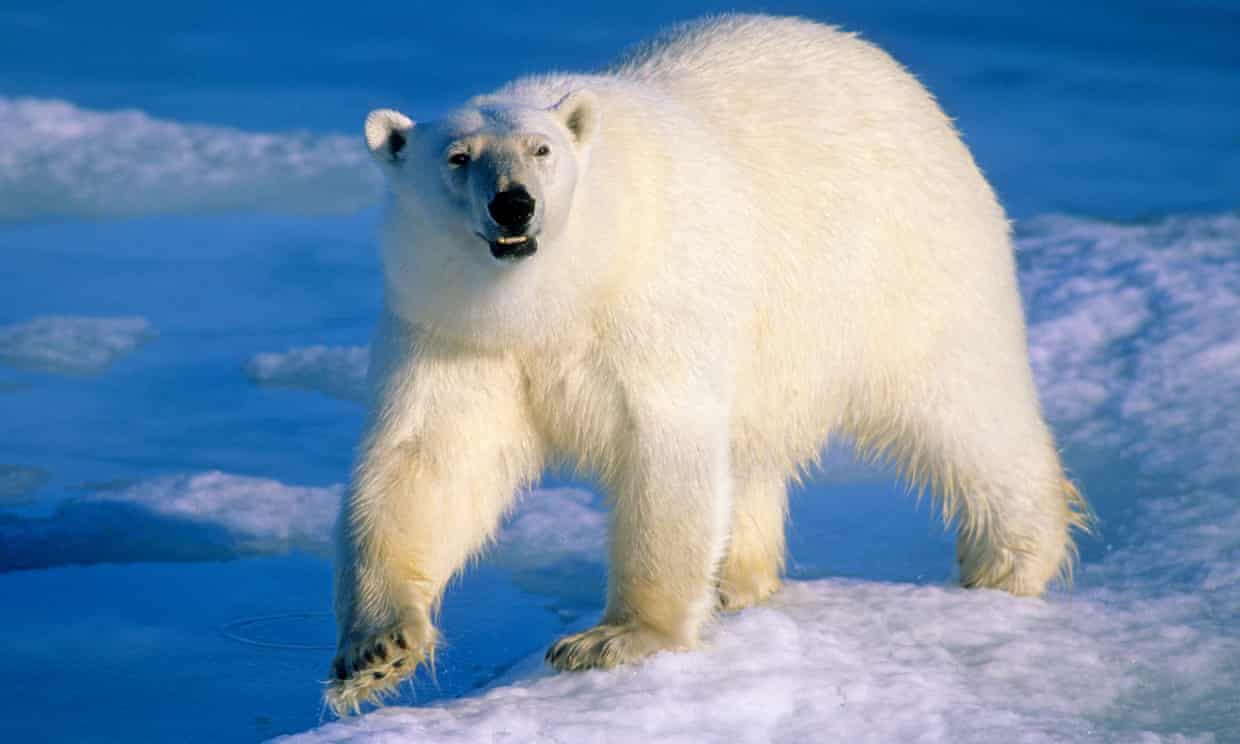 An adult polar bear hunting for seals on the melting pack ice in the Arctic. Photograph: Alamy

From algae to fish and polar bears, the loss of habitat caused by global warming is affecting the food chain...

In a few days the Arctic’s beleaguered sea ice cover is likely to set another grim record. Its coverage is on course to be the lowest winter maximum extent ever observed since satellite records began. These show that more than 2 million square kilometres of midwinter sea ice have disappeared from the Arctic in less than 40 years.

The ice’s disappearance – triggered by global warming caused by rising carbon emissions from cars and factories – is likely to have profound implications for the planet. A loss of sea ice means a loss of reflectivity of solar rays and further rises in global temperatures, warn researchers.

But there are other pressing concerns, they add. Sea ice loss is now posing serious threats to the Arctic’s indigenous species – its seals, fish, wolves, foxes and polar bears. “The Arctic food chain relies on a stable sea ice platform and that is now disappearing, putting the region’s wildlife at risk,” said marine ecologist Tom Brown, of the Scottish Association for Marine Science (Sams), in Oban.

Sea ice provides a platform from which polar bears can hunt, and it links communities of land animals such as foxes and wolves. “The sea ice cap has been retreating for decades, and as it does the animals who live on its edge have had to move north,” said Andrew Shepherd, professor of Earth observation at Leeds University.

“But that process takes them further and further away from land – and there is likely to be a limit about the distance they can tolerate.”

In fact, the erosion of sea ice strikes at the very root of the Arctic ecosystem, for it provides a surface on which algae – the basic material on which the entire food chain in the region depends – can grow. “Algae lingers on the underside of sea ice and as spring begins there is a major increase in its growth,” said Brown. “It is then eaten by tiny creatures called zooplankton, and they in turn are eaten by fish that are in turn eaten by seals, which are in turn consumed by polar bears. But if algae levels drop the whole food chain is disrupted.” 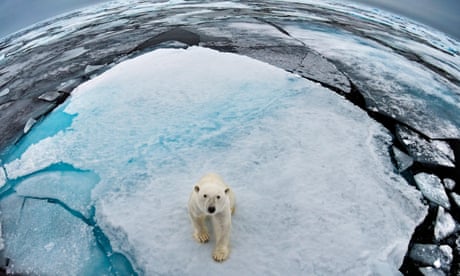 This point was backed by Professor Geraint Tarling, of the British Antarctic Survey. “The most important of the consumers of algae is a species of zooplankton called Calanus glacialis. It is rich in fats like omega-3 and is consumed by Arctic cod and baleen whales,” he said. “Crucially, in recent years levels of Calanus glacialis have been found to be declining and are retreating in their range. In its place a temperate species called Calanus finmarchicus has appeared, but it contains much less fat and that is of poorer quality. As a foodstuff it is simply inferior.”

The base of the Arctic food chain is being depleted, in other words. However, it is not the only threat to wildlife in the region. In 2015 the journal Science published a paper – by Professor Eric Post, of Penn State University and colleagues – that shows that populations of wolves and foxes are currently isolated only in summer. For most of the year these groups are connected by sea ice.

But as its sea ice coverage declines over the years, this is extending the length of time that packs are kept away from each other, which threatens to lead to diminished cross-breeding and genetic wellbeing.

Then there are the narwhals. These tusked whales – sometimes called the unicorns of the sea – are prized by Inuits who use their blubber and skin to make a traditional, chewy meal called muktuk. Narwhals can hide safely in sea ice and so avoid their natural predator, the killer whale. Robbed of that protection, narwhal numbers could dwindle dangerously, marine biologists warn.

To uncover greater details of these issues, the UK Natural Environment Research Council (Nerc) has launched a programme called PRIZE, productivity in the seasonal ice zone, which will use underwater robot craft to study how nutrient flow and other factors are changing as the Arctic sea ice retreats. It will probe variations that are occurring in zooplankton behaviour, the composition of the seabed and other factors that could influence wildlife disruption. 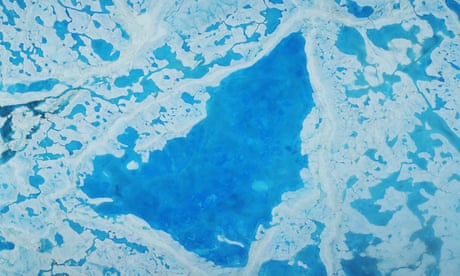 Other dangers facing the Arctic were highlighted by Professor Julienne Stroeve, of University College London. “Consider the example of harp seals,” she said. “They often give birth on snow mounds on sea ice. But if that sea ice is thin or formed late it breaks and the seal pups are dumped into the ocean and they drown.” In addition, Stroeve pointed to the problem of increasing numbers of warm spells during which rain falls instead of snow. “That rain then freezes on the ground and forms a hard coating that prevents reindeer and caribou from finding food under the snow,” she added.

Caribou face another danger posed by climate change. Normally they try to take advantage of a range of nutritious plants that bloom in the Arctic spring in order to help them recover from the fierce Arctic winter and to strengthen females before giving birth. But the plant species on which they rely are now blooming earlier and earlier as spring in the far north arrives sooner each year – while the caribou’s internal clock remains unchanged and locked into the wrong biological cycle. As a result, the plants on which they rely are past their best when caribou arrive and so there is less nutrition available when they give birth. As a result, fewer calves are born.

It is a problem of synchronicity. The alignment of different lifecycles is being disrupted by sea ice loss and it is affecting animals on both land and in the ocean. “It is a bit like having your breakfast time changed,” said Finlo Cottier, senior lecturer in polar oceanography , who is also based at Sams. “You are used to sleeping in to 8am, but one day breakfast is served at 6am but no one tells you. The result: you go hungry. That is what is beginning to happen all over the Arctic.”

As the Arctic warms, rain more frequently falls instead snow and then freezes over the ground preventing caribou and reindeer from finding food.

Harp seals give birth on mounds of snow on sea ice. If this is weakened or thinned because it has formed late in the year, it can break apart, causing pups to drown.

Zooplankton form a critical part of the food chain. They live off algae that form on the underside of sea ice and in turn they are eaten by fish such as Arctic cod and also be baleen whales.

Polar bears use sea ice as platforms from which to hunt seals and other creatures. Male and female bears also meet on ice sheets to mate.

Slow swimming whales like the narwhal use sea ice to hide from predators like killer whales and could also be affected as shipping in the region increases as ice retreats.