HOW MUCH WILL REALLY CHANGE FOR THE WEST'S OIL AND GAS INDUSTRY UNDER TRUMP? 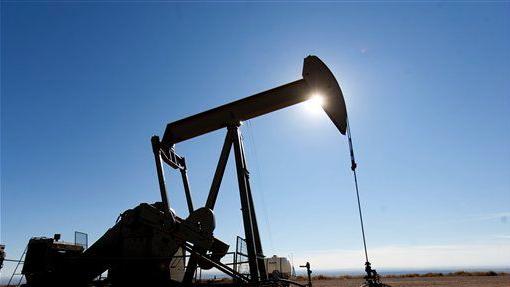 The election of Donald Trump has thrilled many people across the West’s oil and gas industry who say his promises to roll back regulations will free it from unfair and unnecessary obstacles imposed by President Obama...

“If the Trump administration does nothing but stop being hostile to us, we’ll be happy,” said Kathleen Sgamma, president of Western Energy Alliance.

Yet how much will things really change under a Trump administration?

Even as some in the oil and gas industry are optimistic — and as conservation groups gird for protests and court fights to protect public lands — experts say blaming government, or giving it too much credit, for restricting oil and gas is mostly missing the point. If another Western energy boom is around the corner, they say, it will be because prices rise, not because regulations decline.

“The market is the elephant in the room,” said Michael Lynch, president of Strategic Energy & Economic Research, an industry consulting firm. “All this other talk about access to public lands and such for oil and gas, it’s a pretty minor issue.”

Although the Obama administration is often criticized by the fossil fuel industry, it presided over a boom that saw domestic oil and gas production soar. The administration allowed a broad and controversial expansion of hydraulic fracturing, or fracking, which infuriated many conservation groups while it transformed parts of North Dakota, Oklahoma, Texas and the Rockies into meccas for energy workers and the United States became a powerful new global energy player.

“For a Democrat, he’s really been pro-oil,” Lynch said of Obama. “He’s been a lot nicer to oil than some Republicans.”

But the boom helped deflate itself by driving up supply and driving down prices for oil and gas. Around the same time, the administration began paying more attention to climate change — limiting emissions from power plants and methane from oil and gas production, removing certain public lands from energy development, and rejecting or withholding decisions on projects such as the Keystone XL and Dakota Access oil pipelines.

Those efforts, which intensified in 2015 before the Paris climate talks, came to define the Obama administration in the minds of many in the industry.

Sgamma, who has praised Trump’s selection of people who question climate science for top positions in his administration, said that in the last two years her group, which is based in Denver, had fought to shape 71 regulatory processes initiated under the Obama administration and that it had submitted 62,000 pages of documentation while doing so. She said regulations reduce production during periods of low prices because they raise the floor price at which production is profitable.

“The industry is cautiously optimistic on the market front but a bit exuberant on the political front,” Sgamma said. “Actually, take away the ‘a bit.’”

Federal approval processes do take longer than state processes, which the energy industry often cites as sufficient. But complaints over regulatory delays have persisted for decades, through Democratic and Republican administrations.

Sarp Ozkan, a manager of drilling analytics for Drillinginfo.com, said that with benchmark oil prices currently well below $60 a barrel, companies are inclined to focus on known sources such as the Permian Basin of West Texas rather than explore public lands.

But Ozkan did say Trump could make a difference. Should he approve a project like the Dakota Access pipeline, for example, that could make drilling in western North Dakota more profitable at lower prices because transporting oil by pipeline is cheaper than by rail.

“You’re going to be focusing on what makes you the most money, what gets you the quickest return on your capital,” Ozkan said of industry.

Michael Freeman, a staff attorney for the law firm Earthjustice who specializes in oil and gas issues, noted that energy companies retain hundreds of leases on public lands in the West that they are not acting on because of low prices.

“This idea that the current administration has been strangling the industry by over-regulating them is just not accurate factually,” Freeman said. “They’re got plenty of permits to drill if they want to drill.”

This month, the global energy company BP announced plans to open an office in Denver. At first glance, the move might seem like evidence of the exuberance Sgamma described.

In announcing the move, BP, which will transfer 200 people from Houston to a new building in the city’s trendy Lower Highlands area in early 2018, said the decision was driven by its desire “to be closer to its substantial asset position in the Rocky Mountain region and an important energy hub of the future.”

But the company says that future took shape long before Trump stunned the world with his victory in November, that the move was motivated by the changing energy market, not a changing administration, and that it reflects a broader awareness that dependence on fossil fuels will decline as the world fights climate change.

“There’s an abundance of natural gas in the Rockies,” David Lawler, chief executive of BP’s Lower 48 division, said in an interview. “As a company, our strategy is to grow more toward gas. We see it as an environmentally friendly bridge fuel to the future as renewables become more important. It has a lower carbon footprint, and that’s part of our strategy as we go forward.”

Lawler, who grew up in Denver and graduated from the Colorado School of Mines, said BP was optimistic about the Trump administration but uncertain of what might change.

"We worked well with the Obama administration, and we look forward to working with the Trump administration as well,” he said. “We don’t really see a red wellhead or a blue wellhead. We think it’s energy that’s vital to America and we want to provide that energy to America and do it in a way that protects the environment."