HOW SENSITIVE IS EARTH’S CLIMATE TO CARBON DIOXIDE POLLUTION? 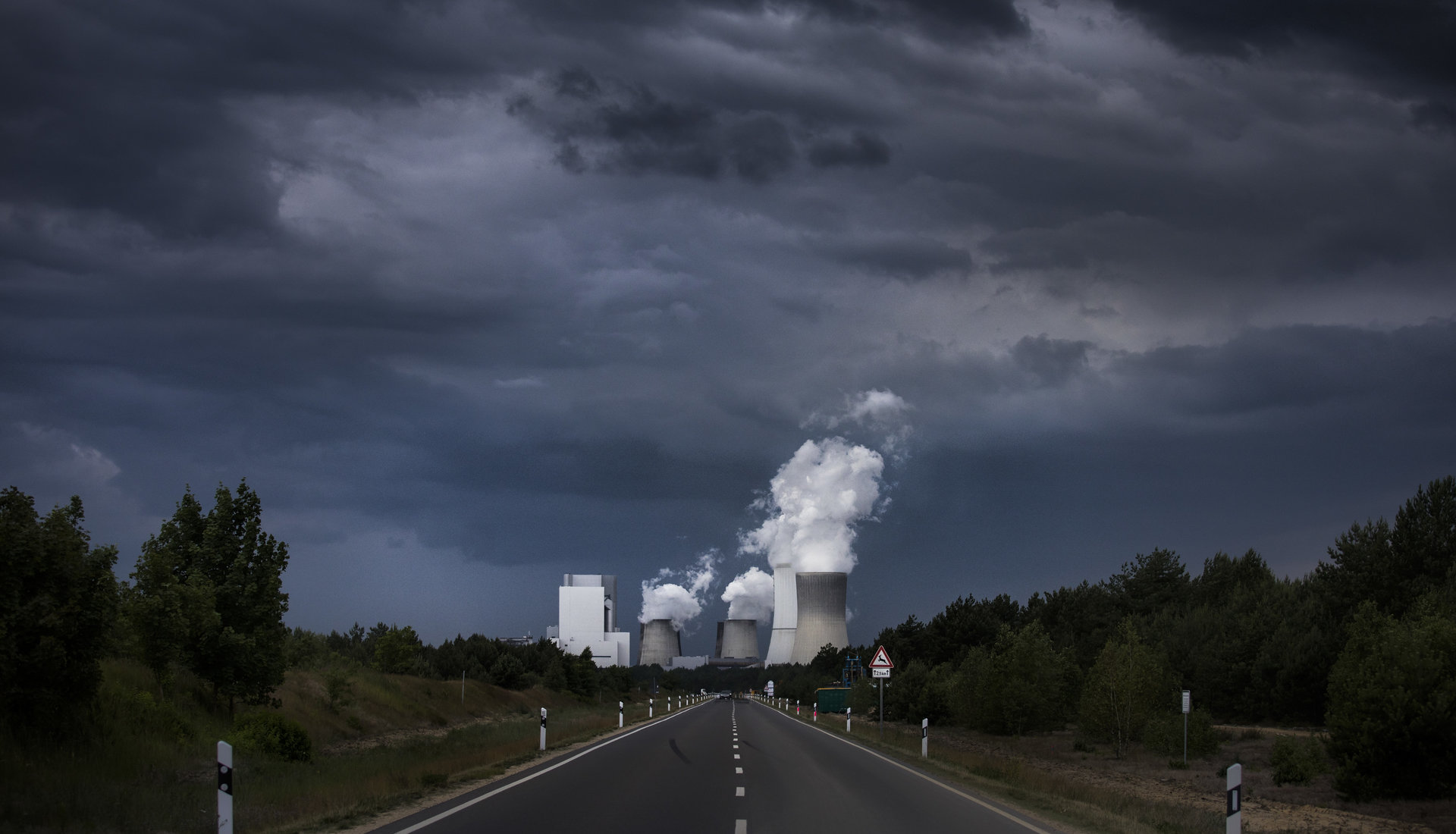 The lignite-fired power station of Boxberg is captured in front of an upcoming thunderstorm on June 25, 2017 in Boxberg, Germany. | Florian Gaertner/Photothek via Getty Images

A new study seeks to pin down how much global temperatures are likely to rise with a doubling of CO2 in the atmosphere compared to the pre-industrial era...

It’s one of great question marks remaining in climate change studies: How touchy is the Earth’s thermostat?

In scientific terms, that’s called “equilibrium climate sensitivity.” Roughly put, it’s how much the planet’s average temperature would go up if the amount of heat-trapping carbon dioxide in the atmosphere were to double. And with those levels already about halfway to that benchmark, it’s a figure that both researchers and policymakers want to have handy.

The most recent comprehensive report on climate change from the United Nations has a wide range of possibilities, estimating temperatures would go up somewhere between 1.5 degrees to 4.5 degrees Celsius (2.7 to 8 degrees Fahrenheit) if we doubled the share of CO2 that existed before the Industrial Revolution.

But a new study from British researchers says the range may be much narrower — and that may give the world a better chance of heading off the worst of the problem. The study uses variations in the year-to-year records of average temperatures to estimate a likely range of equilibrium at between 2.2 and 3.4°C over pre-industrial times.

Peter Cox, the study’s lead author, told Seeker the new estimate reduces the odds that current worst-case scenarios will come to pass — while also suggesting the best case isn’t likely to happen, either.

“We’ve ruled out the possibility that climate change isn’t significant enough to require action,” said Cox, a physicist and professor of climate system dynamics at the University of Exeter. “But also, our number for the uppermost likely limit is such that we’ve got time to meet the upper Paris limit … We’re in the sweet spot between ‘no action necessary’ and ‘It’s too late,’ but we haven’t got that much time.”

Cox and colleagues studied how much temperatures bounced around from year to year rather than follow the overall trend, which has been rising since the world started burning fossil fuels like coal and oil on a large scale.

“Imagine you’ve got a weak spring and you give it a flick. It will have large oscillations and they’ll be very slow,” he said. “But if you have a strong spring, there will be short oscillations and it’ll be very fast.” By feeding those variations into computer models of Earth’s climate to gauge the results under different scenarios, they found the models that involved less sensitivity were more likely to match the observational records.

Based on that, they estimated the chance of temperatures rising less than 1.5°C — the most optimistic goal of the 2015 Paris climate change agreement — at less than 3 percent. The odds of warming topping 4.5°C was less than 1 percent.

“If you rely on the trend for the sensitivity, then any changes in the trend changes your estimated sensitivity,” he said. “But if you take the trend out and just look at the variations, they don’t change that much. So we get a similar answer, which is good, because that’s what you’d expect if climate sensitivity is a real quantity.”

Cox and colleagues at Exeter and the UK’s Centre for Ecology and Hydrology published their findings Jan. 17 in the research journal Nature. In an accompanying commentary, University of Leeds climate scientist Piers Forster notes that a narrower range of responses to CO2 would boost the odds of hitting the 2-degree goal of the Paris climate change accord. Forster wrote that climate sensitivity has been “stubbornly uncertain,” making it a target for critics “who use it to suggest that the field as a whole is intrinsically unreliable.”

RELATED: It Might Still Be Possible to Limit Global Warming to 1.5 Degrees Celsius

(we here at Job One totally disagree with the above story... See HERE!)

But Forster noted that the new findings “must be interpreted carefully.” Global average temperatures already are running about 1°C over pre-industrial times, science agencies reported last week. And even if countries meet their Paris pledges to cut carbon emissions, the world is likely to end up more than 3 degrees warmer by 2100, according to organizations that track those steps.

And a leading US researcher, Penn State atmospheric scientist Michael Mann, told Seeker the Cox study doesn’t properly capture the effects of other influences. Airborne particles thrown aloft by volcanoes or the waxing and waning of El Niño, the Pacific Ocean warming trend that turbocharged global temperatures in 2015 and 2016, can produce more complicated effects than some models can capture, he said. Meanwhile, a December paper in Nature that looked at how well computer models projected today’s conditions found the most accurate ones tended to be the ones that project more warming in the future.

“To the extent that we cannot rule out higher climate sensitivity, we cannot rule out high-cost scenarios and so-called tail risk — the risk that climate change impacts could be substantially worse than the prevailing central estimates,” said Mann, who has co-authored previous studies on the topic. “Tail risk, in turn, implies a far higher premium on policies aimed at rapid decarbonization of our economy.”

Cox acknowledged concerns that his method was “very simplistic,” but said he’s planning a follow-up study aimed at backing up his conclusions. And he noted that the 2.8-degree midpoint of his study’s range isn’t far from the 3-degree halfway mark of the IPCC’s estimates, which date back to the 1990s.

“We’re getting all sorts of interesting critiques that we’re dealing with,” he said. But he added, “What is clear is there is no sign of climate change slowing down. Quite the opposite.”


Click here to learn how global warming has become irreversible and what you can do to protect your family and assets.


Click here to learn about the most disruptive new book on global warming facts and research. Climageddon, The Global warming Emergency and How to Survive it.