HUNDREDS OF HUGE CRATERS DISCOVERED IN THE ARCTIC OCEAN... 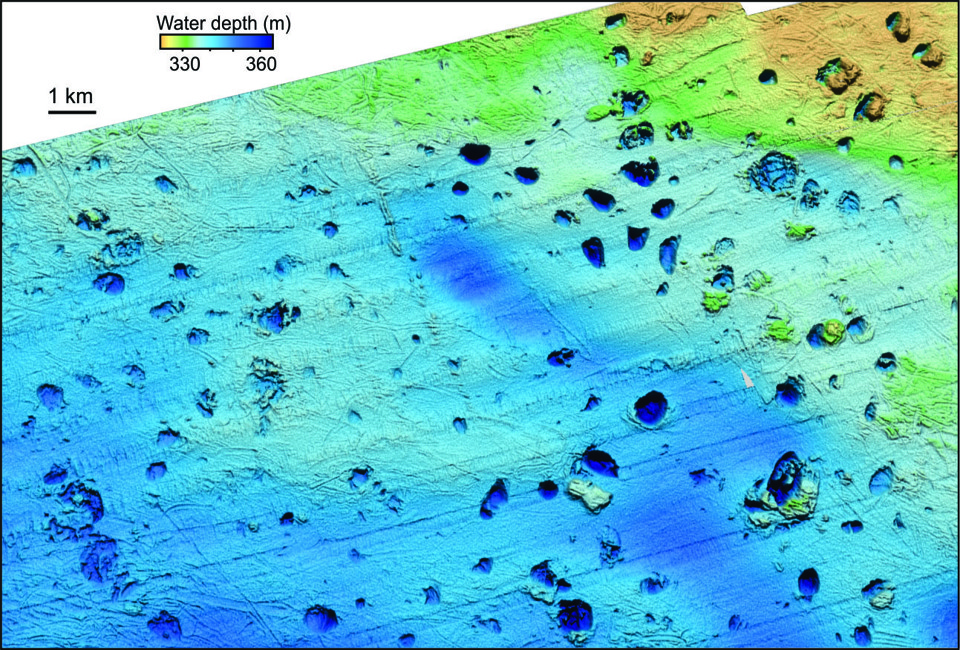 The pockmarked floor of the Barents Sea. K. Andreassen / CAGE

When Karin Andreassen set out for the Barents Sea, she knew she would find a lot of methane. The cold, shallow body of water just north of Norway meets Russia is home to oil and gas fields, and methane—the main component of natural gas—naturally seeps out of the seafloor here. Andreassen, a marine geologist at UiT The Arctic University of Norway, also knew from surveys in the 90s that she’d find some underwater craters.

But she did not expect to find so many craters (hundreds!) and so many huge ones (half a mile wide).

“They were giant,” she says, “And they were next to these huge mounds.” The mounds ended up being a clue to the craters’ origins. In a new study, Andreassen and her colleagues lay out a unified theory for how the craters and mounds formed as the Barents Sea itself changed over thousands of years. It all goes back to methane.

Pressure from the methane lifted the seafloor to create the giant mounds. With enough pressure, the mounds would blow.

Methane can form deep underground, where heat and pressure transform ancient organic material into methane gas. Fifteen thousand years ago during the Ice Age, when the Barents Sea was not yet a sea but an ice sheet, methane that migrated up through bedrock would have hit solid ice. It couldn’t go anywhere so it froze in place as methane hydrate. But as ice sheets melted to form a now liquid Barents Sea, the hydrates also began to turn back into methane gas. Pressure from this gas lifted the seafloor to create the giant mounds. With enough pressure, the mounds could blow, creating those giant craters.

Andreassen looked at the Barents Sea, but the same thing may have happened in other places when ice sheets retreated at the end of the Ice Age. Scientists have also found pingos in the Beaufort Sea north of Alaska and craters in the North Sea west of Norway.

And something similar may also be happening on land. In 2014, a number of huge craters appeared in Siberian. It was one of the hottest years on record in Siberia, and permafrost was melting. The craters were also found in areas rich in natural gas, and satellite imagery revealed mounds along with more craters. Russian scientists found clods of dirt that looked like they had been thrown from the craters. Irina Streletskaya, a geographer at Lomonosov Moscow State University who studied one of the craters, wrote in an email that she thinks trapped methane explains both the Barents Sea and Siberian craters. 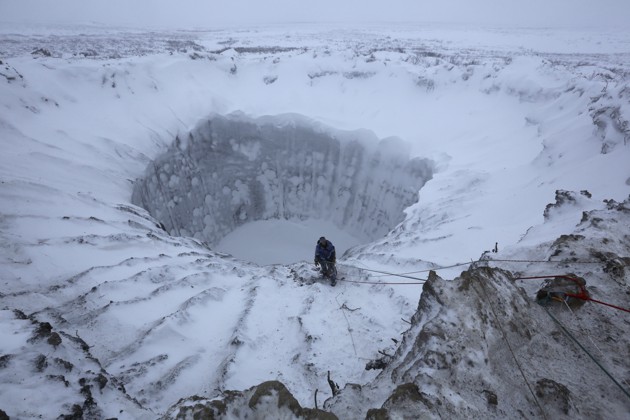 New craters may be forming in the Barents Sea today, too. The smaller craters, says Andreassen, maybe the younger ones. But the bigger potential threat to climate change is not small methane blow-outs in the Barents Sea; it’s massive blow-outs that could happen in areas currently covered by ice. If ice sheets keep retreating in places like Greenland and Antarctica, it could leave more land bare and release long pent-up reservoirs of methane. 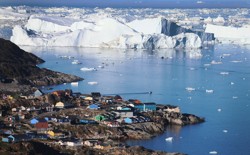 ‘Short-Lived’ Methane Could Raise Sea Levels for Another 800 Years

This study adds to existing uncertainty about the behavior of methane trapped near the poles. Methane is worrying because it can have an accelerating effect: As ice and permafrost melt, they release more methane, a powerful greenhouse gas, which makes the Earth warmer, so more ice melts, and more methane is released and so on. Scientists have mostly studied the gradual and continual seeping of methane in places like the Barents Sea. In those cases, microbes in the water use up the methane before it reaches the atmosphere, so it’s not a huge concern. But how much methane is being released in these blow outs, and does it work any differently? Carolyn Ruppel, who studies gas hydrates at the U.S. Geological Survey, poses the question this way, “If you’ve got a huge burp of methane, can that methane get to the sea-air interference before it can be destroyed by microbes in water column?”

The answer will likely lie in ice cores taken about 12,000 years ago, when the Barents Sea ice sheet melted. If the retreating ice sheet really did release a burst of methane into the atmosphere, you’d find it in the ice cores. Andreassen says they are now looking into such a study.

And if polar ice keeps melting, well, we’ll eventually see if the consequences for ourselves.

Sarah Zhang is a staff writer at The Atlantic.
source: https://www.theatlantic.com/
original story HERE
Get the new Climageddon book: