HURRICANES WREAK THE HAVOC OF CLIMATE CHANGE – BUT IS A GREEN ENERGY SOLUTION IN SIGHT? 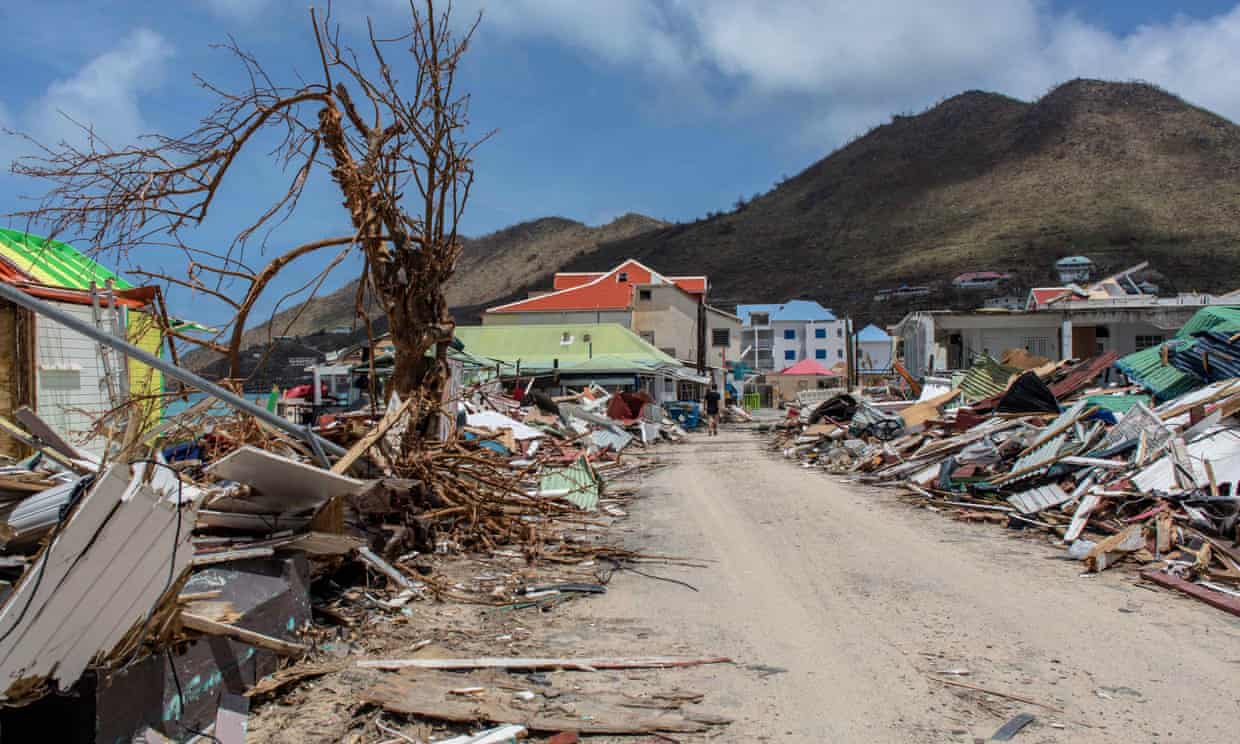 Hurricane damage on Saint Martin. ‘The toll in the worst-hit Caribbean islands has not yet been calculated but it will be far greater than the cost to the US relative to the size of the battered economies.’ Photograph: Aurelien Morissard/IP3/Getty Images

In the wake of hurricanes Irma and Harvey, the market has finally bought into the business case for renewable energy. The price of change is getting cheaper...

Like the debate over gun control, the public discussion in the US about whether to take action on the climate has often been characterised as a struggle between powerful lobbies and violent reality.

After each campus shooting or hurricane disaster, there is a brief uptick of concern followed by a gradual return to entrenched positions as the National Rifle Association or the oil industry reassert their influence, inevitably raising the question: just how bad do things have to get to reach a tipping point?

Fortunately, such parallels go only so far. The past few days have shown not only that the scale of catastrophe is getting worse, but the price of a solution is getting cheaper. 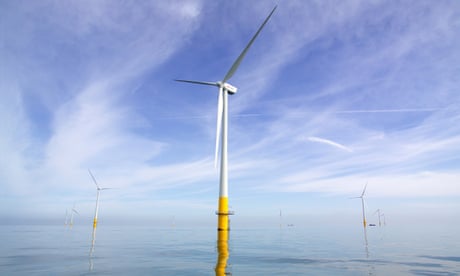 Nuclear plans 'should be rethought after fall in offshore windfarm costs'. Read more...

The apocalyptic devastation wreaked by hurricanes Irma and Harvey is clearly in line with scientific predictions that a warming world will come with an immense humanitarian and financial toll.

In the US alone, the cost of the damage caused by the two hurricanes is estimated at $290bn – or 1.5% of GDP. The toll in the worst-hit Caribbean islands has not yet been calculated but it will be far greater relative to the size of the battered economies. But while the problem has never looked grimmer, the most likely solution – a switch from fossil fuels to renewable energy – has rarely looked as desirable or financially feasible as it does now.

Yesterday brought news from the UK that offshore wind prices have fallen by half in the past two years and are now – for the first time – lower than nuclear and gas. This is an exciting breakthrough, perhaps the biggest ever for the renewable industry in Britain. It is no longer just academics and campaigners pushing clean energy for scientific and idealistic reasons. Now the market has bought into the hard-headed business case – and ahead of time. The speed of this transformation has stunned industry observers and delighted climate campaigners, who see it as part of a faster, and cheaper, worldwide takeup of wind and solar power than was forecast .

Technology needs to advance further for this revolution to maintain momentum. The fossil fuel and nuclear industries are increasingly struggling to compete in terms of cost but they argue they are a more stable supplier of electricity when there is no wind and no sun. But that does not have to be the case. It can change if the government and business sector do more to develop and promote battery technology so that solar and wind energy can be stored and distributed at night and between breezes.

There are already promising steps forward. Elon Musk, the chief executive of Tesla, has grabbed most of the headlines with his attempt to build the world’s biggest lithium battery to support the grid in Australia, expanding the range of electric cars and enabling solar homes to spread energy use across the day. But he has many rivals. China and Germany are investing billions of dollars in this game-changing field. In Spain, one company – Acciona – is already combining batteries with turbines to extend the duration of wind supply. In the deserts of Chile, a giant solar plant uses locally mined salt as a store of thermal energy. Elsewhere power companies are experimenting with silicon and graphite – which may one day provide abundant alternatives to scarce lithium.

Even the British government – which has cut subsidies for renewable energy – has bought into the argument for better batteries and smart meters to smooth out the peaks and troughs in electricity supply and demand. In July it announced plants to create a national battery institute as part of a £264m funding pledge for research into the field – all of which will erode the need for fossil fuels as the devastating long-term costs of oil, gas and coal become more apparent and publicly challenged. Lawsuits have already been filed against ExxonMobil, Chevron and BP for rising sea levels, with some scientists claiming these three companies alone are responsible for 6% of sea level rise.

Why do we see hurricanes like Harvey and Irma as otherworldly omens?

The hurricanes and wildfires in the US – like the floods, droughts and extreme temperatures that have struck India, Bangladesh, Chile, Peru and many other countries over the past year – are a reminder that the transformation cannot come quickly enough. Donald Trump may be trying to slow or reverse this process, but the events of the past few days have underlined there is enormous positive momentum, a strong business case and increasing risks from inaction.

A key thing now will be public opinion in the US. The powerful oil lobby has rarely had such a strong presence in the White House. But the past few weeks ought to make a difference. The scientific debate is long since over, the business case is now clear, and the humanitarian consequences have never been more apparent.

But without political change, the tipping point is more likely to be towards expensive disasters than cheap energy.