IF CLIMATE CHANGE COMES UP AT THANKSGIVING, IT'S OK TO TALK... 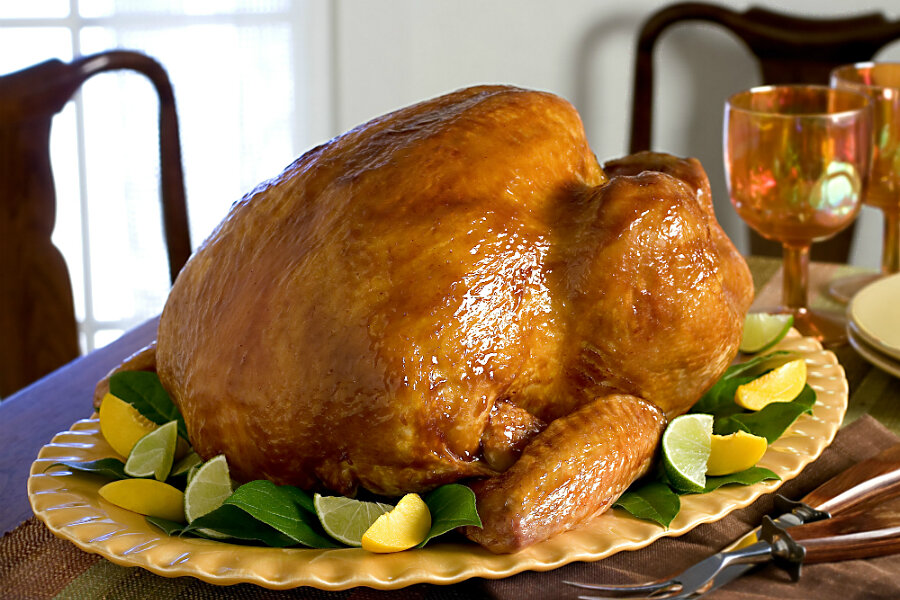 Two-thirds of Americans are very or moderately interested in global warming. Yet two-thirds say they hear or talk about the issue only 'several times a year or less.'

With Thanksgiving coming after a polarizing election campaign, Americans may have some tough choices to make about what to discuss with family and friends. But here’s a little food thought: Important topics don’t necessarily have to be unspeakable ones, if handled in the right way.

Climate change is a case in point, and there’s a special reason for Americans to consider talking about it more, whether it’s one-on-one with at a holiday gathering or in some other venue.

It’s an issue that’s not only polarizing, it’s also beset with a paradox: Researchers say two-thirds of Americans are actually interested in it, but they show scant willingness to talk about it. Some observers have coined the term “climate silence.”

Maybe people are afraid they don’t know enough to talk, or fear others won’t agree with their views. It could also be that the issue itself seems too vague (off in the future) or too menacing (can we really do something about this?) – so that in either case avoidance can seem the path of least resistance.

But maybe you can actually do well by breaking the silence. Really.

One prominent data point: All three presidential debates plus the vice presidential one included not a single question directly on climate change. And George Marshall of Climate Outreach, a British nonprofit that promotes public engagement with climate change, cites evidence that people actually talk about the issue even less than the already-scant amount they say they do.

“Breaking the collective silence is, I am convinced, a key to making headway on climate change,” says Mr. Marshall, in a recent commentary on American and British climate silence. “After our workshops, participants frequently tell us that this has been the first meaningful conversation that they have ever had on climate change.”

Some 67 percent of Americans are very or moderately interested in global warming, according to a 2016 survey by Yale and George Mason Universities, which have centers that research climate communication. Yet 66 percent of Americans report hearing or talking about the issue with people they know only “several times a year or less.” And they’re not hearing about it much more often that that through the news media they read or watch.

Don’t do it for popularity, but it’s possible that talking about energy and the environment might even win you some praise.

Consider that Kenneth Bone, a St. Louis area resident, drew positive attention by asking a question to the presidential candidates about how to reconcile the interests of job creation, energy supply, and care for the environment. If you don’t recall him, maybe the phrase “red sweater” will jog the memory. (And the sweater admittedly had something to do with his social-media appeal.)

Beneath the divide, questions of values

The debate exchange was more an appetizer than a full-course conversation on the subject, but his sincere question drew out meaningful responses from both Donald Trump and Hillary Clinton. Mr. Bone didn’t use the words “climate” or “warming,” by the way – which can serve as a reminder that buzzwords aren’t always that helpful in promoting dialogue.

But the framing of his question showed respect for the varying concerns from jobs to the environment. Intentionally or not, he modeled some traits of a good conversation on climate (or other polarizing topics, for that matter. That kind of respect and willingness to listen go a long way toward setting up a constructive dialogue, some researchers say. And they add that it’s helpful, on issues that seem daunting, to seek areas of agreement and to point toward possible solutions.

One more tip: Often the political polarization in views about climate change is actually less about climate science than about underlying political values, says Anthony Leiserowitz, director of the Yale Program on Climate Change Communication.

To many conservative voters, a latent or not-so-latent worry is that saying “yes, I care about climate change” translates into “bigger government is coming” to regulate carbon. It’s an understandable concern. And thinking through such concerns about individual freedoms and economic prosperity will have to be part of America’s conversation on climate for the long term, both around living rooms and in political campaigns. Those values need to be considered alongside others that people hold – including being responsible stewards of the environment for present and future generations.

On the science of climate itself, the Monitor recently covered where scientific consensus does and doesn’t exist. (The gist: Consensus is strong that average temperatures are warming and that human burning of fossil fuels is the core factor to be addressed. Scientists feel less certain about the pace of change – how fast warming will occur, how quickly sea levels will rise due to things like polar melting and the expansion that occurs when water in the ocean warms.)

Interestingly, one recent poll by the Pew Research Center finds that many Republicans, as well as others, believe that climate scientists should have a major role in climate policymaking.