IN A FUTURE OF EXTREMES, SOUTHEASTERN STATES MUST HAVE WATER MANAGEMENT POLICIES... 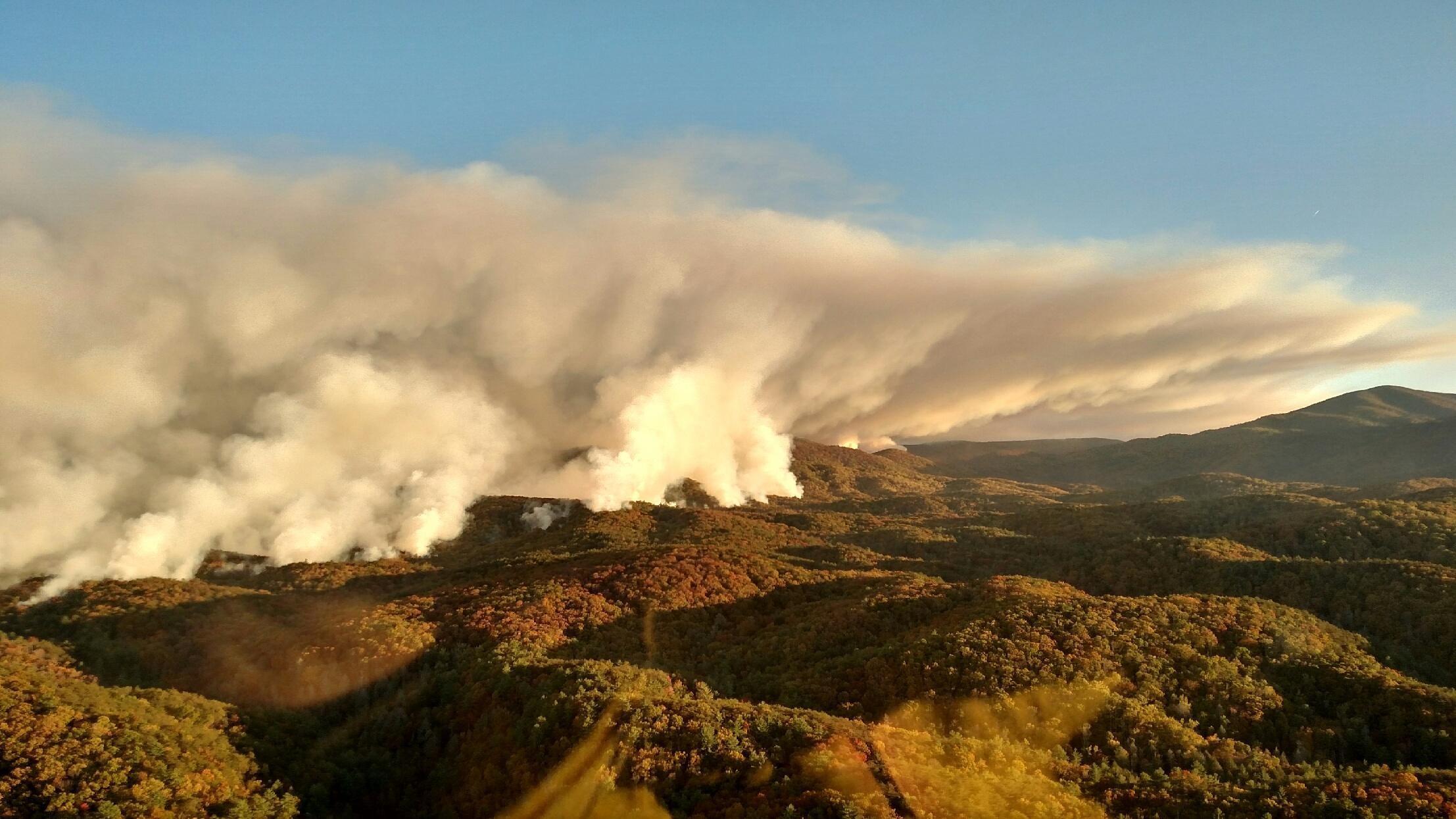 Climate change is expected to have an impact on every type of weather phenomenon that occurs on Earth...

The nature and magnitude of the impact varies with the location on the planet and the type of weather in question, and coupled climate-weather models, have different degrees of uncertainty about different types of weather (though these models are dramatically improving in this cutting-edge field, and confidence is increasing among scientists in their weather predictions).  However, climate scientists and resilience planners have long had a very high degree of confidence regarding extremes of precipitation.  Climate change is expected to increase the frequency of both extremely wet and extremely dry periods. There is evidence that this effect is already occurring.

This change in precipitation patterns is set to have a very disruptive effect—both on the economy and the natural environment—on regions that are accustomed to semi-regular rainfall in manageable amounts.  Agriculture and tourism, in particular, are disrupted when the precipitation patterns shift from a steady, regular flow of rain events to a drastic pendulum swing between severe drought and severe flooding.  Natural ecosystems are also negatively impacted, especially in drought.  The loss of plant life in a period of prolonged, extreme drought can even create a feedback that worsens the drought:  Leafy plants release moisture into the air through evapotranspiration, and if the leaves desiccate in a drought, this source of moisture also dries up.  The roots of long-lived plants such as trees will also burrow deep into soil to reach groundwater, further depleting the supply.

The impacts of drought are particularly devastating in areas that are not developed with limited water supplies in mind.  Locations in the American Southwest have long had a dry or even desert climate, and these locations largely have robust water conservation and water management policies at the state and local level that acknowledge their climate reality.  However, for states in the eastern United States, drought has been rare, and as a result, many of them do not have useful water policies—or, sometimes, any at all.  In an era in which much climate resiliency work is likely to occur at the state level, it is important for states at increased risk of drought to devise policies that will mitigate the risk.

Drought Risk for the American Southeast

One such region is the American Southeast.  The usual flow of large air masses and the development of low pressure systems has historically produced a climate in which regular, manageable rainfall could be expected three out of four seasons, with meteorological autumn (September through November) being the driest period.  However, climate change has already begun to produce a shift in precipitation patterns in this region.  There has not been a significant change in average annual precipitation, but this is because the frequency of both severe flooding and severe drought events has increased over the past 10 years, as expected under a changed climate.

The worst drought for most southeastern states occurred in 2012, with 40 percent of the region in stage 4 “exceptional” drought, the most intense stage according to the United States Drought Monitor.  As Figure 1 shows, drought conditions have indeed been in place for some part of the region almost continuously since 2011, though a brief respite occurred in early 2016.  However, in summer-fall 2016, another severe drought developed in the Southeast.  This drought led to billions of dollars worth of damage, both from crop losses and from the deadly wildfire that occurred in the Great Smoky Mountains National Park and Gatlinburg, TN.  (Although the fire was apparently started by arson, the exceptional drought conditions enabled it to spread quickly and become a firestorm.)  This drought has still not completely ended in the most affected places, even though winter is the flood season for the American South.

Water Management Policies in the Southeast

Unfortunately, most Southeastern states do not have state-level water management laws that can effectively address prolonged, frequent droughts.  Alabama in particular lacks such policies, as documented by the River Network in an analysis of five southeastern states:  Alabama, Georgia, South Carolina, North Carolina, and Tennessee.

Although most southeastern states have limited water management policies, Alabama lacks state policies entirely in most of the categories that the River Network examined, as shown in Figure 3.  This lack of state guidance in Alabama led to activities, both in the agricultural and the residential sectors, that are inappropriate in a drought and can even worsen the conditions:  excessive use of water to keep private lawns attractively green, improper irrigation techniques in farming, and unsuitable river/reservoir management approaches (or none at all).

These state policy decisions may not have presented problems in previous years in a state like Alabama, which has large areas of forested land and hundreds of streams and small rivers.  In a climate that usually produces more than sufficient rainfall for most of the year, water conservation and management might not have been considered critical issues.  The new normal, though, is expected to mirror the past decade:  The annual dry season is more likely to be an actual drought, and droughts themselves are more likely to be severe.  In addition, more rainfall is expected to occur in heavy precipitation events.  While these events will decrease the climatological rain deficit in a drought, intense heavy rainfall does not often provide relief to hard-packed, parched soil and indeed creates a flood risk as it runs off the surface instead of soaking into the ground.

Three southeastern states not included in The River Network’s analysis—Arkansas, Louisiana, and Mississippi—are also vulnerable to drought and have experienced severe droughts in recent years.  In 2012, the Alliance for Water Efficiency produced an analysis of water conservation and efficiency policies for all 50 states.  As Figure 4 shows, this analysis also found that most states in the Southeast—as well as the Eastern United States in general—lack effective water conservation laws.

Figure 4.  State scorecard for water efficiency and conservation in 50 states.  Credit:  The Alliance for Water Efficiency

As the River Network and Alliance for Water Efficiency analyses show, the bright spot in the region is the state of Georgia.  Both the River Network and the Alliance for Water Efficiency give Georgia the highest marks of the Southeastern states that they analyze.  Although its state policies are not perfect, laws like Georgia’s would be a good place for other states in the same region to start.

In addition to these comparatively strong efficiency policies, this state has some river and water table management policies as well—though the River Network’s analysis concludes that they could be made stronger.  The state requires regular demand and use assessments for its five major river basins, and this assessment must consider drought planning.  The state has also required these assessments to be conducted for major aquifers, but they are incomplete as of 2016.

Residents of the Southeast are becoming increasingly accustomed to drought in the autumn months.  As the existence of comparatively robust Georgia policies demonstrates, even politically conservative voters can be persuaded to accept certain regulations on water use when the alternative is an unmanaged, unmitigated drought that harms the state economy, risks life and property, and raises the cost of any product whose production is affected by drought conditions, especially food.  State governments elsewhere in the Southeast should look to Georgia as an example of the kinds of water efficiency and drought management policies that they should begin to implement, and all states in the region—including Georgia—should increase the regulatory strength of their river and water table management laws.

Drought events are expected to increase in frequency and intensity in a changed climate, posing a special hazard to regions that are unaccustomed to frequent severe drought, such as the American Southeast.  Because drought events have long been relatively uncommon and mild in the Southeast, many states in the region have in place low-quality state policies for water efficiency, water conservation, drought planning, or water table management.    Improving these policies is essential, since poor policies  can increase the disruptive potential of drought and exacerbate water shortages.

In marked contrast to other states in the region, Georgia has put in place many good water management policies. These could readily  be adopted by nearby states, as Georgia’s natural and political characteristics are highly similar to those of its neighbors.  A drought may not be as dramatic a weather event as a hurricane or a tornado, but it is nonetheless a highly disruptive, damaging event.  If other southeastern states wish to avoid all the negative impacts of drought, they should follow in Georgia’s footsteps.

Erin A. Thead is a Graduate Research Fellow at the Climate Institute. She holds a Ph. D. in Earth and Atmospheric Sciences from Mississippi State University.