IN SOMALIA, FAMINE IS LOOMING AND FAMILIES WITH NO FOOD OR WATER ARE LEAVING THEIR LAND... 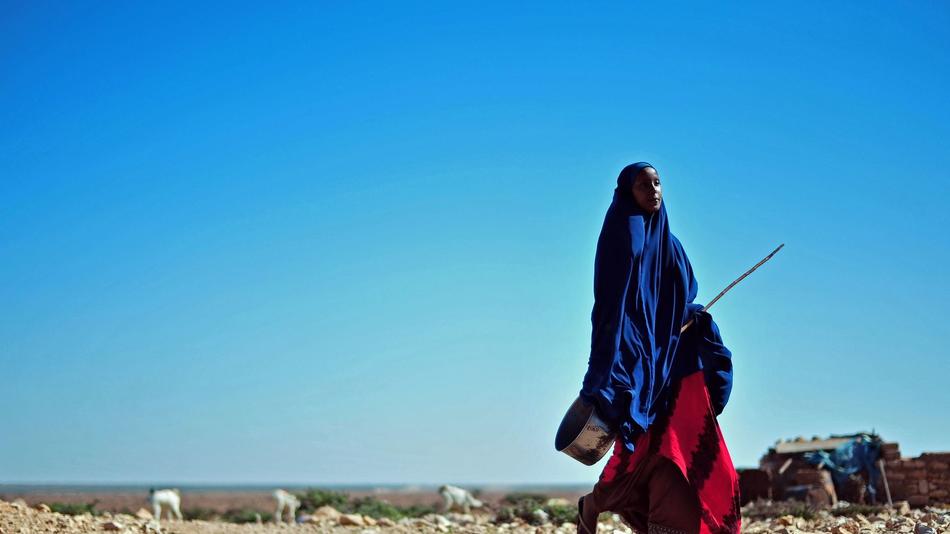 A Somali woman trudges through the arid landscape in northeastern Somalia, amid warnings the country could confront famine later this year. (Mohamed Abdiwahab / AFP/Getty Images)

In Somalia, the farm animals are dying. The water holes have dried up. The crops have failed. With no food, water or money, people are trudging off their land, taking the long, dry walk to the nearest town to look for help...

A two-year drought —  the worst since the 1970s in hard-hit northern Somalia —  has seen three quarters of the country’s livestock perish, leaving pastoralists destitute. In the south, much of which is controlled by the Al Qaeda-linked extremist group Shabab, the situation is almost as grim.

More than half the country’s estimated population of about 12 million needs emergency assistance, a sharp rise from 5 million in September to 6.2 million at present. Somalia has declared a state of emergency with around 336,000 acutely malnourished children facing the threat of starvation.

According to humanitarian organizations, the hunger emergency bears the hallmarks of Somalia’s catastrophic 2011 famine, when 260,000 people died, mainly women and children, many of them prevented from leaving areas controlled by Shabab. The nation is in need of a massive influx of aid.

“We are undoubtedly in a crisis, but the situation will even get worse, especially if the April rains perform poorly,” said Dr. Fatoumata Nafo-Traoré,  Africa director for the International Federation of Red Crescent Societies. “We need to act decisively, we need to act massively, and we need to act now if we are to prevent a repeat of the awful scenes of 2011.”

Warnings from the Famine Early Warning Systems Network  went largely ignored by the international community in 2011 and is seen by many as one reason so many people died. Confronting the same warning signs, humanitarians are hoping to get it right this time around.

An explosion of crises across Africa, however, has put humanitarian agencies and donors under severe pressure.

I saw children who were horrendously malnourished. I met Sayeed, who was 5 years old but who had the body weight of an 11-month-old baby.— Richard Trenchard, U.N. Food and Agriculture Organization representative in Somalia

More than 17 million people in the Horn of Africa and Eastern Africa need aid, and emergencies are also unfolding in Nigeria, southern Africa and Madagascar. In some countries, Nigeria and South Sudan, the emergency has been triggered by fighting.

In Kenya, the government declared a national emergency Thursday, and Ethiopia is facing the worst drought in half a century, Nafo-Traoré said. South Sudan has also declared a state of emergency.

Since the fall of dictator Mohamed Siad Barre in 1991, Somalia has faced multiple calamities – major famines (in 1991-92 and 2011), recurrent drought, clan warfare and an Islamist insurgency.

“We are no longer talking about drought, or even severe drought,” said Richard Trenchard, the UN Food and Agriculture Organization representative in Somalia. “What we’re looking at is famine prevention. If we don’t go for massive intermediate intervention now, we will see some areas of Somalia tip into famine in July.”

Trenchard recently has seen women and children who had been forced to abandon their villages, a sign of a looming catastrophe.

In the north, families don’t have farms, but rely only on herding goats, sheep and camels, many which died in the drought because families couldn’t pay for water to keep them alive.

The price of a 20-liter container of water has tripled to $15, putting it out of reach of most, and food prices have also soared.

“I saw children who were horrendously malnourished. I met Sayeed, who was five years old but who had the body weight of an 11-month-old baby,” Trenchard said. 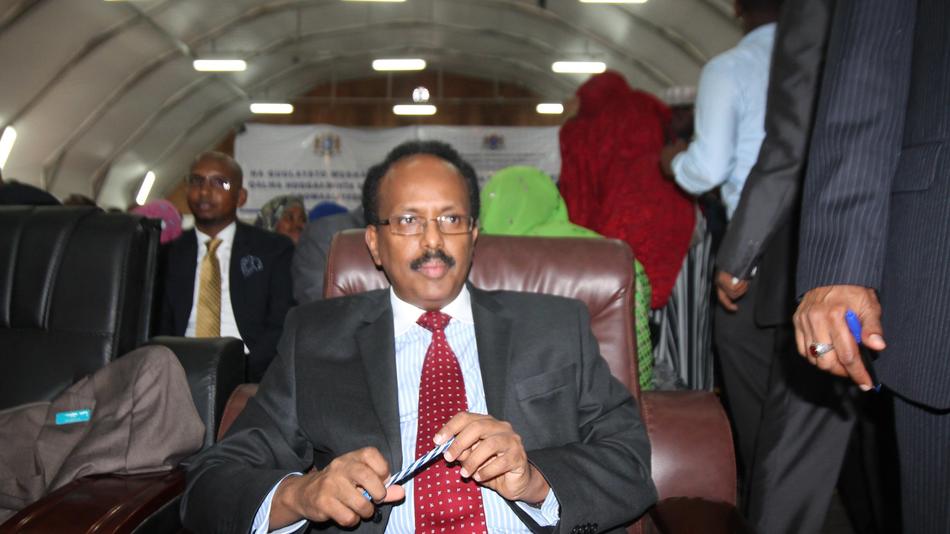 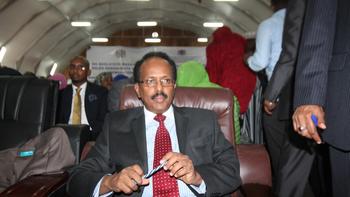 Related: In a fragile Somalia, the parliament chooses a new president...

“People are already starting to move. When you get massive displacement, it means rural systems have collapsed.”

The only hope of averting famine and massive rural displacement would be swift assistance to families, including cash to enable them to buy water to keep themselves and their animals alive, Trenchard said.

“Cash is key at the moment, putting money in people’s pockets so they can buy food and water and keep their animals alive.”

The United Nations and humanitarian agencies have launched an $864 million appeal to help Somalis, but the drought’s reach to many African countries has caused the World Food Program to cut aid rations. By December, the appeal was 47% funded.

In 2011, Shabab, designated a terrorist group by the U.S., controlled much of Somalia, complicating aid efforts. In some cases the group refused to let people leave their villages, especially men of fighting age, who were often forcibly drafted.

Another complication was confusion on whether aid organizations trying to get food into territory controlled by the extremist group could be sanctioned by the U.S. for cooperating with designated terrorists.

Thousands of Somalis managed to walk into northern Kenya to the Dadaab refugee camp in 2011. But since then, after a series of deadly terrorist attacks, Somali refugees have become less welcome in Kenya.

The Kenyan government is building a 440-mile border wall to keep Shabab out, and has announced plans to close Dadaab. The camp’s closure was overturned in Kenya’s High Court Thursday, but the government has announced it will appeal, raising questions about where desperate Somalis could go in a famine, should the government win its appeal.

Famine is a technical term, measured by several markers, including child mortality, general mortality and other factors. The time lag in collecting and publishing such data, means that famines are often not declared until several months after their onset.

In 2011, half those who died had perished before the famine was declared in July.