IN TEXAS, OBAMA'S NOMINEE MAY DRAW ATTENTION FOR EPA RULINGS... 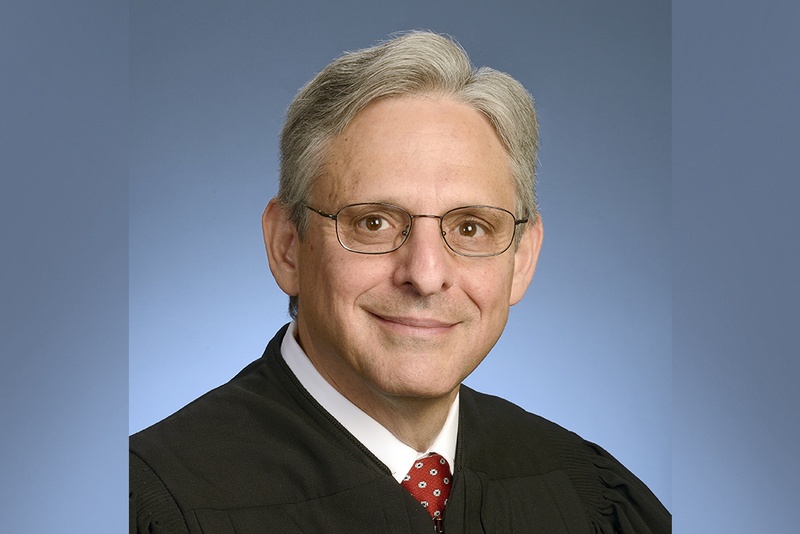 Despite pledges from Senate Republicans to deny a hearing or vote to any nominee this year, President Barack Obama nominated D.C. Circuit Chief Judge Merrick Garland to the U.S. Supreme Court Wednesday morning...

Garland is “widely recognized not only as one of America’s sharpest legal minds, but as someone who brings to his work a spirit of decency, modesty, integrity, even-handedness and excellence,” Obama said. “He deserves our thanks and he deserves a fair hearing.”

Garland was nominated to fill the seat left vacant after the death of Antonin Scalia, who died on a trip to West Texas earlier this year.

Garland, 63, graduated from Harvard Law School and has served on the D.C. circuit since 1997. He has a reputation as a moderate judge, according to Sanford Levinson, a constitutional law expert at the University of Texas at Austin.

“He is solidly centrist and in context, quite bland,” Levinson told the Tribune. “He is the least in-your-face nominee imaginable. He is 63 years old.”

Because D.C. circuit cases tend to focus on administrative law, Garland does not have a lengthy judicial history of dealing with many of the hot-topic issues currently before the court. He has not issued noteworthy rulings on cases involving affirmative action, abortion regulations or immigration, three hot-button issues the justices are addressing this term that stem from Texas cases.

Garland does, however, have a history with cases involving the Environmental Protection Agency, the agency Texas has sued 24 times since Obama took office.

In February, days before his death, Scalia — along with four other Republican-nominated justices — granted a request from Texas and more than two dozen other states to block the implementation of Obama’s ambitious Clean Power Plan while a legal challenge against the plan's efforts to combat climate change play out.

In contrast, Garland has a record of generally supporting contested EPA regulations. In 2003, he wrote an opinion upholding the federal government’s application of the Endangered Species Act, which opponents challenged on the ground that the act exceeded the bounds of the commerce clause. In several other cases, he voted to uphold EPA regulations on emissions.

Earlier this month, the Supreme Court denied a request from Texas and 19 other states to block a federal rule limiting emissions of mercury, acid gases and other toxic metals.

U.S. Sen. Ted Cruz was quick to condemn the nomination, alluding to Garland's history with environmental cases as well as speculating on how he might rule on several other issues.

"Make no mistake, if Garland were confirmed, he would side predictably with President Obama on critical issues such as undermining the Second Amendment, legalizing partial-birth abortion, and propping up overreaching bureaucratic agencies like the EPA and the IRS," Cruz said in a statement.

Whether Garland will receive a hearing in front of the Senate Judiciary Committee remains an open question.

Last month, Republicans on the committee, including Cruz and U.S. Sen. John Cornyn, published a letter pledging to deny hearings to any Obama nominee. Cornyn went further, saying any nominee to the highest court in the land would likely be treated like a “piñata.”

“I don’t see the point of going through the motions if we know what the outcome is going to be,” Cornyn told The New York Times.

But some members of the committee are on the record in support of Garland. Sen. Orrin Hatch, R-Utah, who is the longest serving member of the Judiciary Committee, has a long history of praising Garland. As recently as last week, Hatch praised him as a fine man who the president “could easily name.” When Garland was voted onto the D.C. circuit in 1997, Hatch was even more forthcoming in his praise, as Obama noted on Wednesday.

Obama alluded to the moderate nature of his nominee Wednesday, noting that he had consulted both Democrats and Republicans during his search process.

“It’s a decision that requires me to set aside short-term expediency and narrow politics so as to maintain faith with our founders, and perhaps more importantly, with future generations,” Obama said.

The moderate selection indicates Obama does believe he can get his nominee confirmed, Levinson told the Tribune.

"He's clearly going for a confirmation," Levinson said. "This is not a sacrificial lamb."

Garland emphasized his commitment to upholding the law in his remarks accepting the nomination.

“People must be confident that a judge’s decisions are determined by the law and only the law,” Garland said. “For a judge to be worthy of such trust, he or she must be faithful to the Constitution and to the statutes passed by Congress.”

“Fidelity to the Constitution and the law has been the cornerstone of my professional life,” he added.

"The only way to empower the American people and ensure they have a voice is for the next President to make the nomination to fill this vacancy," Cornyn said.

"Because this is one of the pivotal issues in the current presidential election, Americans should have the opportunity to vote for a president who will fill this vacancy," Abbott added.

If confirmed, Garland would be the fourth Jewish member on the current court, joining Ruth Bader Ginsburg, Stephen Breyer and Elena Kagan. Like all current members of the court, he has an Ivy League law degree. Three of the eight current Justices previously served on the D.C. circuit court, as did Scalia.

Jim Malewitz contributed to this report.

Disclosure: The University of Texas at Austin is a corporate sponsor of The Texas Tribune. A complete list of Tribune donors and sponsors can be viewed here.