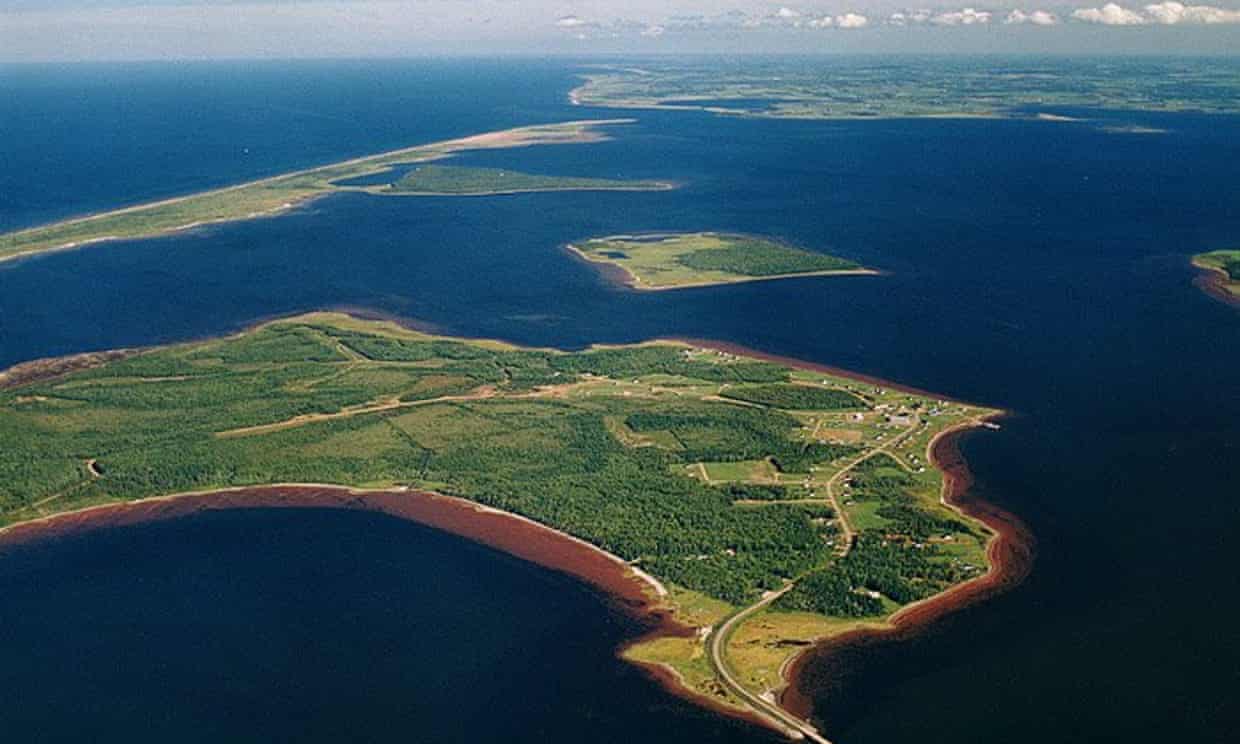 Rising sea levels mean that Lennox Island has lost more than 400 acres in just a few generations. Now its First Nations community wonders if it has a future...

His hands tucked tightly in the pockets of his jeans, Gilbert Sark nodded at the ice-covered bay stretched out before him.

Decades ago, his grandfather – at the time one of the few in this First Nations community to own a truck – would spend winters ferrying people across the frozen bay to Prince Edward Island. One wintry day, the truck hit a patch of soft ice, sending it plunging into the frigid waters below.

His grandfather didn’t make it out of the truck in time. “That bay has claimed a lot of people,” said Sark. “Now it’s claiming land.”

For as long as anyone can remember, life on Lennox Island – a community of some 450 people on the east coast of Canada – has been set to the rhythm of the waters that lap its shores of red sand. But climate change is drastically altering this relationship, sending sea levels rising, pelting the small island with fiercer and more frequent storms and bringing warmer winters that eat away at the ice cover that traditionally protected the shores for months at a time.

The result is impossible to ignore. “We’re losing our island,” said Sark. A survey of the island carried out in 1880 counted 1,520 acres of land. In 2015, surveyors mapped out 1,100 acres of land on Lennox Island – suggesting more than 300 football fields worth of land have been swallowed by the sea within the span of a few generations.

Sark pointed to the shoreline next to the cemetery where his mother and many other members of his family are buried. “There used to be a field right there. We used to play football in that area.”

The community recently spent tens of thousands of dollars to save the graveyard from the encroaching waters, building a wall made up of three layers of rock. “They had to fix it or there would be caskets going out into our bay,” said Sark. “It was that close.”

The scars of the island’s battle against climate change are visible across this low-lying island. Local people recall playing baseball where boats now bob in the water; homes that once sat 20ft from the shore now teeter precariously close to the sea. The shoreline has crept up to the edges of the community’s decade-old sewage lagoon, sparking concerns that a storm surge could send waste into Malpeque Bay, a world-renowned site for harvesting oysters. 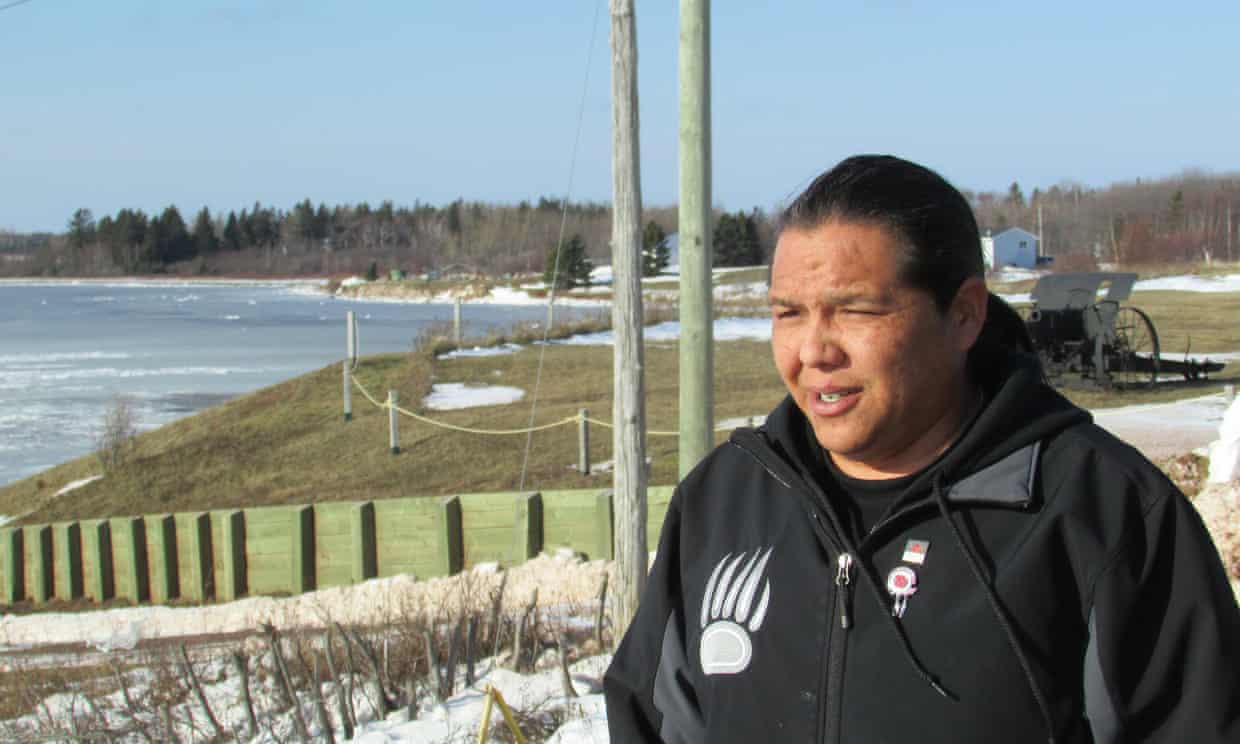 Gilbert Sark, whose grandfather drowned in the water off Lennox Island: ‘That bay has claimed a lot of people. Now it’s claiming land.’ Photograph: Ashifa Kassam for the Guardian

The community’s sacred burial grounds, located on an adjacent island, have also started washing away, revealing arrowheads, ceramic bowls and the skeletal remains of the community’s ancestors. Each time, the exposed sites have been moved inland, said Sark. “But it’s only a Band-Aid solution, because they’re just going to wash out again after.”

In his role as community planner, Sark is among those tasked with guiding a community scrambling to respond to the rapidly changing island – a confrontation that pits thousands of years of history and identity against the effects of climate change. “This is our home,” said Sark. “It just isn’t that everybody’s got individual houses here. There’s carbon dating on a lot of our artefacts that are here – we’ve been here for over 10,000 years.” 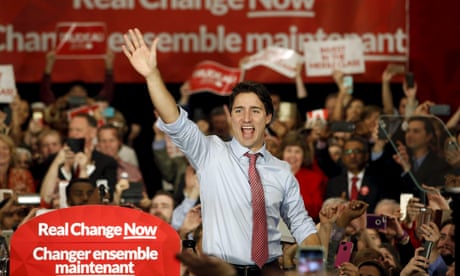 Dear corporate Canada: it's time to pay for your part in climate change...

Over the past three decades, Danny Tuplin has watched the island’s shoreline inch closer to his two-storey house. Only a few years ago, his home sat 10ft from the water. Then in 2004, a hurricane-strength nor’easter blizzard brought the ocean to his doorstep.

“I went out the back door, I took five steps and I was in salt water,” said the 58-year-old. He has since reinforced the nearby shoreline, pouring 40 truckloads of filler and raising it higher. “It’s not going to stop it, inevitably it will come, I’m thinking. But hopefully I’ll be dead and gone by then.” 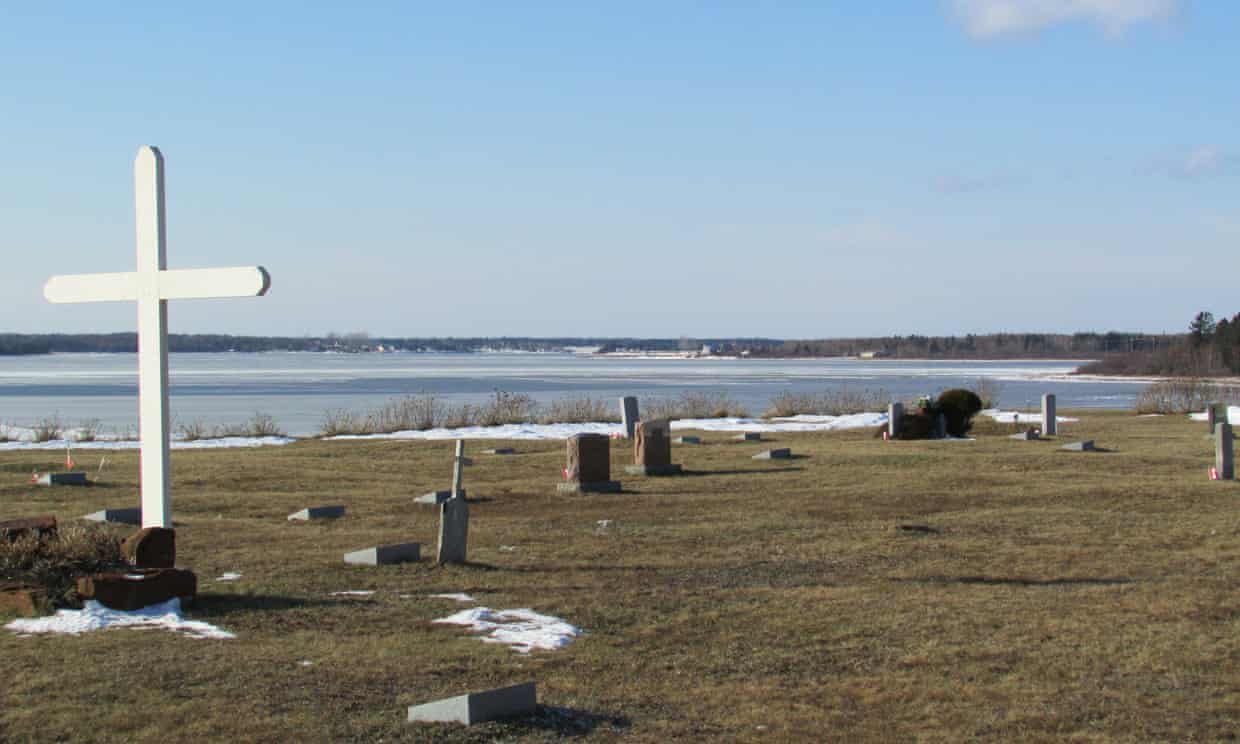 The community spent tens of thousands of dollars to build a rock wall to shore up Lennox Island’s cemetery against the rising waters. Photograph: Ashifa Kassam for the Guardian

Lennox Island – an area roughly 1.5 times the size of New York’s Central Park – is losing about a hectare (2.47 acres) a year, offering a microcosm of what climate change could do around the world, said Adam Fenech, who leads the Climate Lab at the University of Prince Edward Island.

Fenech has been working closely with local residents to map out what the future of Lennox Island could look like. So far, the suggestions of what’s to come are dire, with the worst-case scenario forecasting a rise in sea levels of as much as three metres in the next 50 years – which would leave about half of Lennox Island underwater. “But you never really know,” said Fenech. “Our estimates of sea level rise keep changing year to year and it’s going in the bad direction.”

The community is taking few chances. While Canadians were debating the need for climate change action – the previous Conservative government pulled out of the Kyoto protocol in 2011 – the community commissioned a series of computer simulations aimed at understanding the full impact of climate change on their land.

“It’s been always on the radar,” said Chief Matilda Ramjattan. “My biggest concern is not so much of a quick fix as much as long-term sustainable, because I have to think about generations in the future.”

Consultations are under way to determine how best to save the island. Something like the rock wall built to shore up the cemetery would be ideal but it is simply too pricey to implement all the way around the island.

The community is also exploring the possibility of developing a few pieces of property on Prince Edward Island that the First Nation bought in recent years. But Ramjattan stressed that this didn’t mean the community would abandon the island to the effects of climate change. “We’re not going anywhere. We’re resilient. We’re going to do what we can to protect our little island.”

As he looked out at the partially frozen bay that claimed the life of his grandfather, Sark wondered how his own battle with the sea would pan out. “All you can do is slow it down. We lost hundreds of acres in that one little span, but if we can slow it down to a crawl then maybe we can keep what we have for a little while longer.”

The 37-year-old pointed to his mobile phone. “Humans can do these incredible things, we can make all these advancements, no problem,” he said. “But a lot of the stuff we take for granted – what you see once you look out the window – those are the things that we need to fix. And nobody’s lifting a finger to do it.”