IRMA AND HARVEY LAY THE COSTS OF CLIMATE CHANGE DENIAL AT TRUMP’S DOOR... 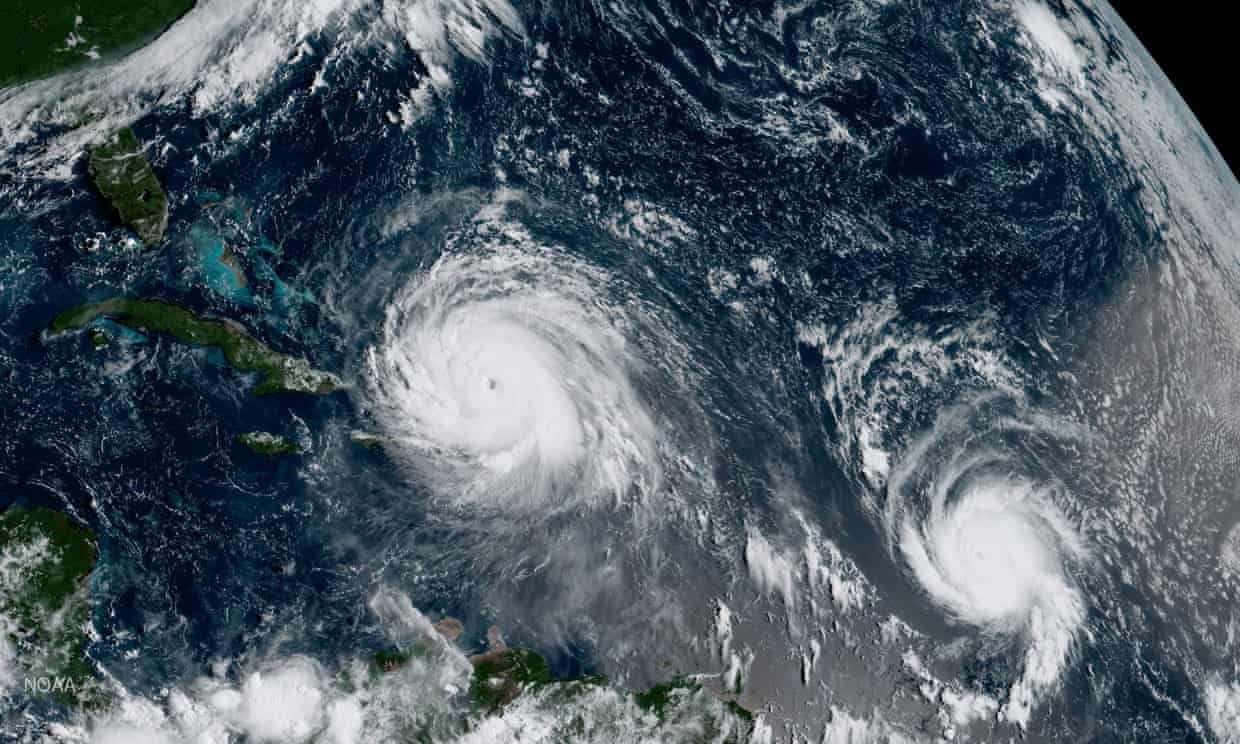 The president’s dismissal of scientific research is doing nothing to protect the livelihoods of ordinary Americans...

As the US comes to terms with its second major weather disaster within a month, an important question is whether the devastation caused by hurricanes Harvey and Irma will convince Donald Trump and his administration of the reality of climate change.

The president’s luxurious Mar-a-Lago estate in Florida may escape Irma’s wrath, but with the deaths of so many Americans, and billions of dollars in damage to homes and businesses, the costs of climate change denial are beginning to pile up at the door of the White House.

Just days before Harvey formed in the Atlantic last month, Trump signed an executive order to overturn a policy, introduced by his predecessor Barack Obama, to help American communities and businesses become more resilient against the risks of flooding, which are rising because of climate change.

But the merciless assault on the US mainland by Harvey and Irma should be forcing the president to recognise the consequences of his arrogance and complacency in dismissing the research and analysis carried out by scientists.

The flooded streets of Houston and the wind-ravaged homes of south Florida bear the unmistakable fingerprint of extreme weather made worse by manmade greenhouse gas emissions.

A hurricane is a huge, rotating cluster of thunderstorms that forms above a sea surface that has a temperature of at least 26.5C. It is like a giant engine, transferring heat from the sea surface up into the atmosphere and generating strong winds and heavy rain in the process.

The Atlantic hurricane season officially runs from 1 June until 30 November, and typically produces 12 tropical storms, of which six reach hurricane strength – with sustained wind speeds of more than 73mph. There have been 11 storms so far this year, including six hurricanes. In early August, the National Oceanic and Atmospheric Administration raised its prediction for the season to “above normal”, suggesting that the final tally could be up to 19 storms, with nine of them hurricanes.

But this season has already been remarkable in one respect because two major hurricanes, with sustained winds of more than 110mph, have hit the US mainland, after a period of 12 years when none of the strongest storms made American landfall.

Hurricane Irma has also set records for being the strongest hurricane to have occurred in the open Atlantic, and for having sustained wind speeds of at least 185mph over the longest period.

Climate change cannot be blamed for the hurricane count in any single season, nor for the occurrence of any single storm, but there are three ways in which it is making the consequences worse.

First, although the intensity of a hurricane depends on many factors, warmer seawater tends to promote stronger storms. Average sea surface temperatures have been rising, and some parts of the North Atlantic and Gulf of Mexico are warmer than average at the moment, which is a key reason why both Harvey and Irma became so strong so quickly.

Second, a warmer atmosphere can hold more water vapour, which can result in heavier rainfall. That is true not only for hurricanes but also for weaker storms across the world. Even relatively mild tropical storms can cause great damage by dropping huge volumes of rain over one area.

Third, apart from strong winds and heavy rainfall, hurricanes cause damage through storm surges as their winds push seawater ahead of them. Storm surges can inundate extensive low-lying coastal areas, sweeping away everything in their path. Sea levels have been gradually rising globally, making storm surges bigger and deadlier.

Average sea surface temperatures have been rising, which is a key reason why both Harvey and Irma became so strong so quickly

Scientists are still not sure about the other ways in which climate change may be impacting hurricanes. The main reason Harvey created such extreme flooding around Houston was that it stalled over the city and dumped rain for several days without moving on. We do not know if climate change played a role in creating the atmospheric conditions that made that happen.

Nor can we yet predict whether climate change will affect the number of hurricanes that occur every year. Some studies have suggested that while numbers will drop, strengths will increase.

Also uncertain is how natural climate variability affects hurricanes. Numbers have increased markedly in the North Atlantic since the 1990s, but this seems to be due, at least partly, to large-scale changes in ocean circulation that occur over many years or decades.

However, it is clear that the lives and livelihoods of millions of Americans will be at risk if Trump and his administration continue to deny the existence of climate change and its impact on the threat posed by hurricanes.