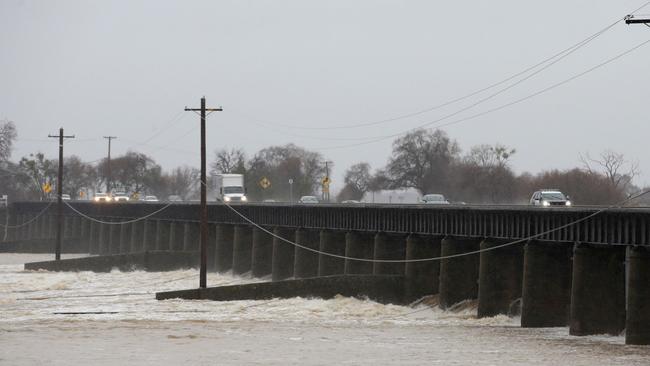 The state’s biggest reservoirs are swelling. The Sierra Nevada have seen as much snow, sleet, hail and rain as during the wettest years on record. Rainy Los Angeles feels more like London than Southern California.

So is the great California drought finally calling it quits?

Yes. Or at least maybe. If the storm systems keep coming, state and regional water managers say, 2017 could be the end of a dry spell that has, for more than five years, caused crops to wither, reservoirs to run dry and homeowners to rip out their lawns and plant cactus.

“You’ve seen jumps in snowpack and precipitation amounts. You look at the charts, you see the line just pretty much go straight up,” state climatologist Michael Anderson said. For most of the state, the end “is in the realm of possibility now, which is kind of a nice thing to think about.”

You’ve seen jumps in snowpack and precipitation amounts. You look at the charts, you see the line just pretty much go straight up. — state climatologist Michael Anderson

But Anderson cautioned that the current “La Niña-ish” weather patterns, as he called them, make it tough to know what the rest of the winter will bring. “The funny thing about this weather pattern — it’s about as unpredictable as you can get.”

Nature could suddenly turn off the faucet, water officials warn.

“It could shut down,” said Jeanine Jones, interstate resources manager in the Department of Water Resources. “We’re about a third of the way into the wettest part of the season. We have to see what happens in the rest of the year.”

On Thursday, the U.S. Drought Monitor announced a major improvement in California’s drought picture. It showed much of Northern California out of drought conditions.

Whether the drought is in its death throes also depends on what you look at. “In terms of surface water, most of California is no longer in drought,” UC Davis water expert Jay Lund said Wednesday in a blog post.

But there is no set definition of drought, nor is there any legal criterion for declaring a beginning or end to it in California.

“We can’t say that we’re no longer feeling the impacts of the drought,” said Deven Upadhyay, water resource manager for the Metropolitan Water District of Southern California.  “Later this year, we may be able to say that we’ve really turned the tide and the drought’s over,” he said. “But we’re not there yet.” Metropolitan imports water from the Colorado River and Northern California. Lake Oroville, the biggest reservoir in the state system that sends supplies to the Southland, is filling at a stunning rate. That is almost sure to mean the agency will get more water from the north than it has in years.

But Metropolitan’s regional reserves are still far lower than they were at the beginning of the drought. And, Upadhyay says, 2017 could turn out to be a lone wet year followed by more dry years, as was the case in 2011.

“I sometimes talk about it as being more like a nine or 10-year drought,” he said. “Really, the only wet year we had was 2010-11. That was a single wet year in what is really kind of a prolonged drought.”

For now, though, all but a few pockets of the state are wet and getting wetter. Weather gauges at Rocky Butte in San Luis Obispo County recorded 17 inches of rain in the first 10 days of this month. 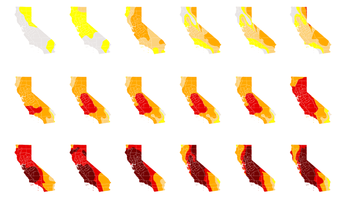 Between Tuesday and Wednesday, the statewide snowpack jumped from 135% to 158% of normal for the date. In the drought-punished Southern Sierra, the snowpack is 187% of the norm.

Since Oct. 1, total precipitation in the range has been soaring at rates similar to the wettest winters in the modern record: 1982-83 in the northern and central Sierra and 1968-69 in the Southern Sierra.

In the first 10 days of this month, more water flowed into Oroville than the entire city of Los Angeles uses in a year.

In much of Southern California, the dry autumn has given way to above-average rainfall that is helping replenish local groundwater basins that typically provide roughly a third of the region’s water supply.

Most of the aquifer’s recharge comes from mountain runoff and rainfall on the valley floor, both of which have been in short supply in recent years. Water levels in a key well dropped 50 feet during the drought as local districts serving 1.3 million people pumped more out of the groundwater basin than nature was putting back in.

“We need to start bringing water back in the basin. We’re obviously hoping this year will work out well,” Zampiello said. 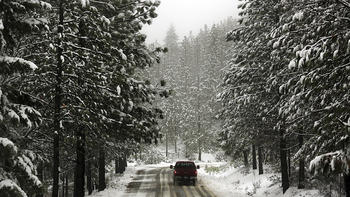 How California went from drought to dangerous rain and snow

But not all of California is awash. “If you’re down around Santa Barbara County [or] the southern end of the Tulare Lake Bed region in Tulare County,” the drought is still holding on, Anderson said.

A glaring exception to rebounding reservoir levels across the state is Santa Barbara County’s Lake Cachuma, which is only 8% full.

“Boy, they managed to catch a whopping 1,200 acre-feet” the first week in January, Anderson said sarcastically of the meager runoff. “We have these areas hardest hit by the drought, and they’re not seeing relief.”

As for what the rest of the winter holds, Anderson said La Niña-like conditions could help or hurt.

They could deliver more drenching atmospheric rivers, more cold storms from Alaska that dump snow on the Sierra, or high-pressure systems that block storms and push precipitation north of the state.

Even if the state lucks out with the first two, the worst drought in modern history has left its mark on the state psyche.

Water conservation “will be basically a way of life for us,” said Richard Harasick, a senior assistant general manager at the Los Angeles Department of Water and Power.

Storms are making a dent in California's drought; 7 feet of snow expected in some areas