It's 50 years since climate change was first seen. Now time is running out... 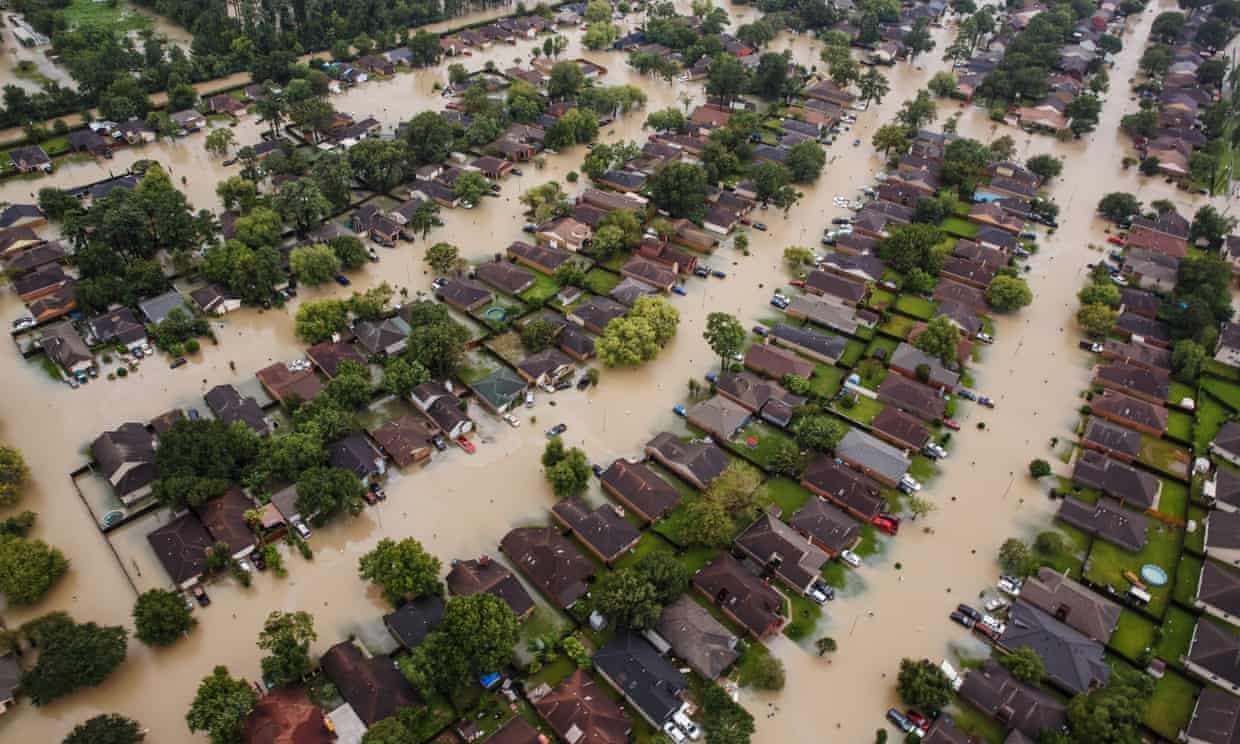 Making up for years of delay and denial will not be easy, nor will it be cheap. Climate polluters must be held accountable...

The report, unearthed by researchers at the Center for International Environmental Law, is one of the earliest attempts by the industry to grapple with the impacts of rising CO2 levels, which Stanford’s researchers warned if left unabated “could bring about climatic changes” like temperature increases, melting of ice caps and sea level rise.

The year was 1968, and the term “global warming” would not appear in a peer-reviewed academic journal until 1975. Famed Nasa scientist James Hansen would not testify before Congress that “global warming has begun” for another 20 years. And the US would not enter into – only to later pull out of – the Paris climate accord for nearly half a century.

The anniversary of SRI’s report to the API on climate change represents not just a damning piece of evidence of what the fossil fuel industry knew and when, but a signal of all that we have lost over the decades of policy inaction and interference. It should also serve as a potent motivator in the fight for climate accountability and justice.

At the time, CO2 levels in the atmosphere stood about 323ppm. The planet was warming but was still well within the historical norm. Sea levels had risen by about 4in compared with 1880 levels. The report, however, cautioned that “man is now engaged in a vast geophysical experiment with his environment, the Earth” and that “significant temperature changes are almost certain to occur by the year 2000”.

Those predictions proved to be correct: by the turn of the century, the concentration of carbon dioxide in the atmosphere had risen to 369ppm, causing a temperature increase of nearly half a degree over pre-industrial averages. Today, virtually all climate scientists agree there is little or no chance the world can stay within the goal of 1.5C, the limit of what scientists believe to be safe.

With each decade of delay and denial the impacts and costs of climate change have continued to mount...

Over the next 20 years, the scientific community and policymakers around the world began to reach a consensus on the threat posed by rising CO2 levels. Scientists at least one major oil company, Exxon, did their own climate modeling, which agreed with the scientific consensus. During this period a budding movement to cut emissions began.

To counter and slow down that effort to address climate change, the fossil fuel industry began its long and powerful strategy of climate denial and obstructionism. Even though they knew the science, they also realized that attempts to control emissions could seriously damage their bottom lines.

In 1998, as the first global attempt to rein in climate pollution, the Kyoto protocol, was headed to the Senate for ratification, API circulated what has come to be known as the Victory Memo, a detailed road map to undermining science and promoting denial of climate change. According to API’s top strategists: “Victory will be achieved when: those promoting the Kyoto treaty on the basis of extant science appear to be out of touch with reality.” 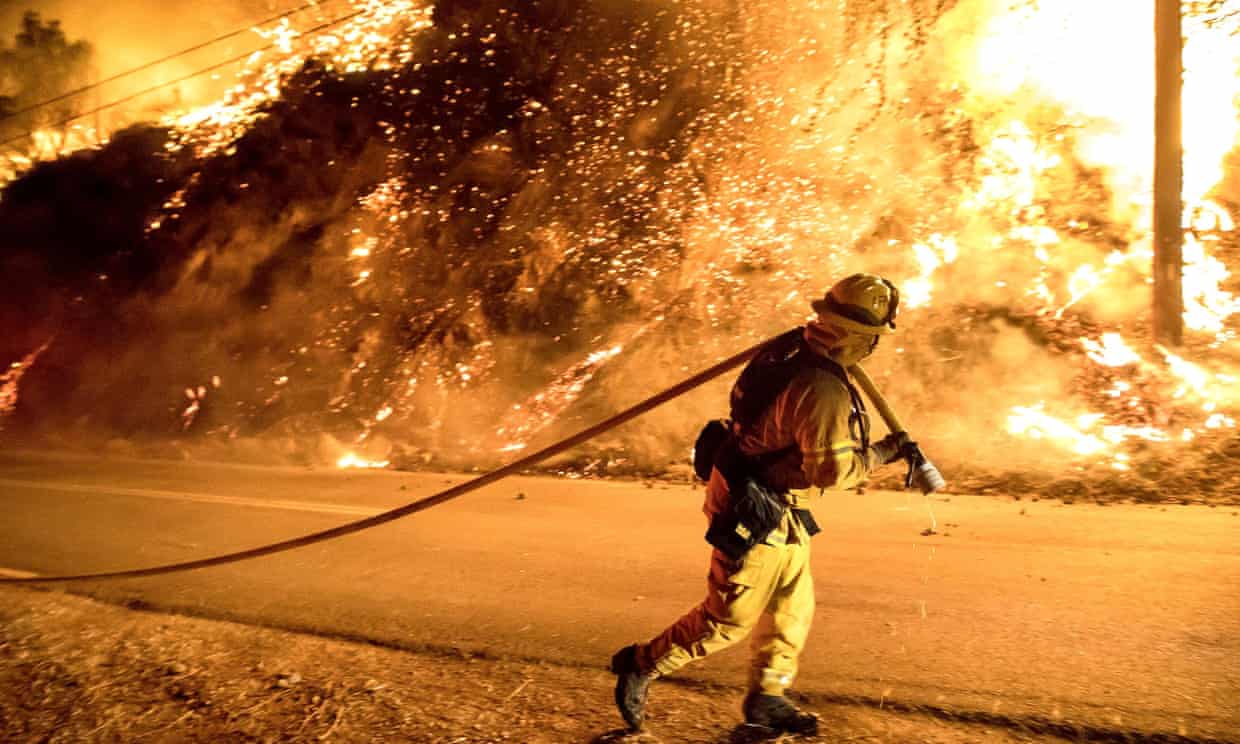 The memo’s end goal was clear: create doubt about science where none existed, deceive the media and Congress about the risks of climate change, and block the momentum that was building to address rising emissions through the Kyoto protocol, a precursor to the Paris accord. ExxonMobil alone would go on to spend upwards of $30m on ads, front groups, and pseudoscience intended to carry out the plan. That’s in addition to the cash that flooded the coffers of climate deniers in Congress who are rewarded amply for willful ignorance.

API’s strategic deception campaign was a success, which is why we now stand at the brink of the highest global temperature considered safe. Just what it will mean to cross that line remains an ongoing question for atmospheric scientists, but we’ve already started to get a glimpse and it doesn’t look good.

The damage is all around us, from hurricanes on steroids – scientists attribute 15-40% (8in-24in) of the epic rain of Hurricane Harvey to climate change – to California’s deadly wildfires which were set up by five years of drought, followed by record snowfall, then record heat that turned huge areas of the state into tinderboxes. In 2017 there were 16 separate billion-dollar disasters in the US, resulting in a total of $306bn of damages, nearly $100bn more than the second highest year 2005 (Katrina). While technically climate change did not “cause” these disasters, most of the carnage was aggravated in some way by climate change and the fossil fuel emissions that cause it in the first place.

Other impacts are more long-term and irreparable. Anyone born after 1985 has never experienced a month with average temperatures that fall below the historical norm and, without action, probably never will. Mass coral bleaching events due to warming waters and ocean acidification have rendered large swaths of some of the ocean’s most diverse ecosystems lifeless. The vanishing Arctic ice cap appears already to be affecting global weather patterns, and the loss of ice in Antarctica may have reached a tipping point that many now view as irreversible, a development that will require tough and costly decisions for coastal cities.

Climate change is a disaster foretold, just like the first world war.

Jeff Sparrow
Read more...
It never had to be this way. But with each decade of delay and denial the impacts and costs of climate change have continued to mount. Now taxpayers are left holding the bill for a literal rising tide of impacts that pose the greatest challenge humanity has ever faced. Meeting that challenge must begin with accountability on the part of climate polluters, and justice for citizens who did nothing to cause the problem other than drive to work and heat their homes when they had no other alternatives.

We can’t turn back the clock, but we can turn off the fossil fuel firehose that’s been pumping CO2 into our atmosphere and demand that those who left it running help foot the bill for the cleanup. Already we’ve seen cities like New York, San Francisco, and other coastal cities file lawsuits against climate polluters, seeking to recover costs associated with planning for and adapting to a warming world. With massive costs facing hundreds more cities and no remedy in sight, more litigation will follow.

Making up for 50 years of delay and denial will not be easy, nor will it be cheap. But taxpayers should not have to shoulder the burden alone. The API and its climate polluters knowingly and deliberately caused this mess. They must help pay to clean it up.