Coal workers can rejoice. It took almost a decade but the war on coal that began under the Obama administration is over...

Technically, it ended the day Donald Trump won the presidency, but ever since Environmental Protection Agency Administrator Scott Pruitt announced that the Clean Power Plan (CPP) is going to be rescinded, it’s now official. Tomorrow, there will be a wake for what would have been the death knell for not just coal, but American families.

In West Virginia, energy costs were projected to increase by as much as 20 percent. The new regulations also could have put millions of Black and Hispanic jobs on the chopping block. The Black Chamber of Commerce commissioned a study, showing a 7-million job loss by 2035, along with an increase in the poverty rate within the black community by 23 percent. For Hispanics, it would have been a 12 million-job loss by 2035, with poverty increasing 26 percent in their community.

“The EPA and no federal agency should ever use its authority to say to you we are going to declare war on any sector of our economy,” said Pruitt at an event in Hazard, Kentucky. Senate Majority Leader Mitch McConnell was also there.

The CPP had the lofty goal of reducing carbon dioxide emissions by nearly 30 percent from 2005 levels by 2025. It’s a punch to the gut for business. Over half the states opposed it, with the opposition taking a more bipartisan look as Democratic state attorneys general from Missouri and Kentucky saw how this regulatory nightmare would have impacted their states. Yes, rural America, red states—pretty much any state that voted for Romney, was disproportionately impacted by CPP. But fixed-income seniors’ home budgets would have been torpedoed by CPP as well due to increased electrical costs. In February of 2016, the Supreme Court stepped in and issued a stay for the key carbon rule regulation for power plants, a sign that enough members on the high court thought this regulatory agenda would cause irreparable harm. In September of 2016, states were required to submit plans that would allow the CPP to reach its goal. States that didn’t comply, or were late with their plans, would have a federal blueprint drawn up in the meantime. A new state-based model could be subsumed for approval past the September 6 deadline. Wyoming and North Dakota were two states that wanted more time. 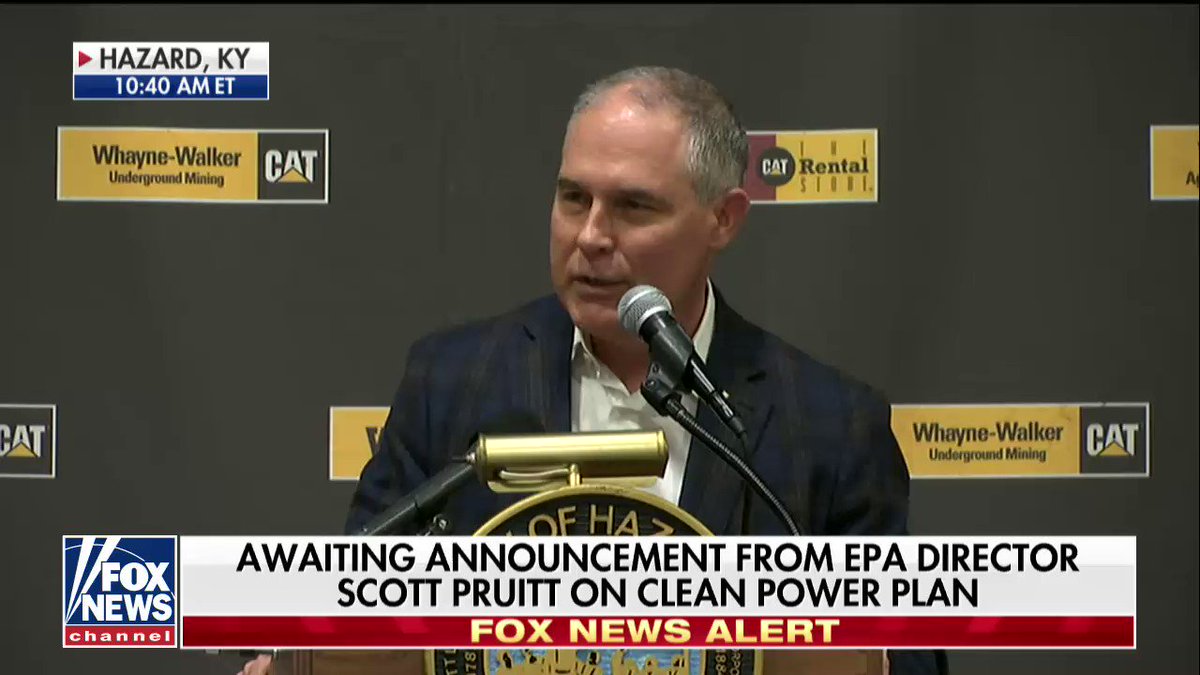 .@EPAScottPruitt: "Tomorrow, I'll be a signing a proposed rule to withdraw the so-called Clean Power Plan of the past administration."

The bleeding has stopped, but a lot of damage has been done by the Obama regulatory juggernaut. The war on coal was projected to kill 125,800 jobs and reduce GDP by $650 billion over the next ten years. The ozone regulations alone cost American workers $56.6 billion in wages and killed 242,000 jobs between 2008-2013. The EPA needed new management. We got that with Mr. Pruitt—and not a moment too soon.